Smart contact lenses that grant the wearer night vision as well as act as a private, super-discreet interface for your digital life could be coming to your eyeball, if startup Mojo Vision has its way. The company has clawed its way from stealth to reveal its early prototypes and the diminutive display technology that it promises will overlay everything from your calendar to urgent messages on top of the view around you.

It’s something Mojo Vision has apparently been working on for the past five years or so, with the goal being “superpowers” for your eyesight. Mojo Lens relies on a tiny screen – which it says is the world’s densest microdisplay – and accompanying microelectronics to fit everything it needs for an augmented reality display into a single contact lens. 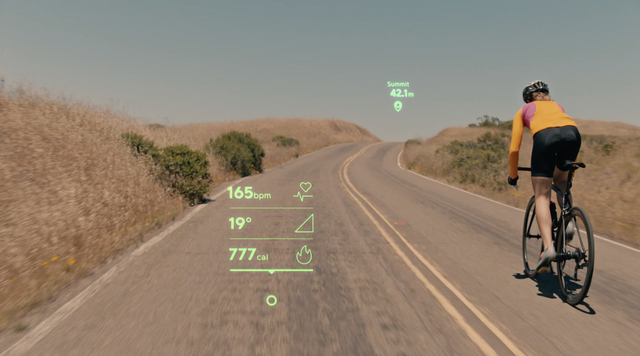 The goal is a screen that only the wearer can see, and which uses eye-tracking for its interface. Normally, you’d see the world around you through an uninterrupted lens. Glance to the side, however, and an array of icons would appear; you’d select one by staring at it momentarily.

That way, you could call up timely information like your schedule, messages, alerts, a to-do list, or directions. Mojo says that its software would also figure out context, too, so that your vision wouldn’t be peppered with unnecessary data. It’s calling it Invisible Computing, a way to “stay connected with our world, surroundings, and communications, all without the distraction of a device.”

Fitting everything you’d need for a smart display with eye-tracking into a contact lens is a challenge. Mojo Vision’s current demos are in fact using a virtual reality headset rather than an actual contact lens, in fact. Early versions of the product are likely to be just a frugal processor and the display, with things like eye-tracking and more coming in later iterations.

Unlike a set of, say, North Focals or Google Glass – the other wearable displays we’ve seen in recent years – a smart contact lens has the FDA to consider. It’s been granted a Breakthrough Device Designation by the agency, to hopefully fast-track it to market and through the regulatory requirements that control medical devices. 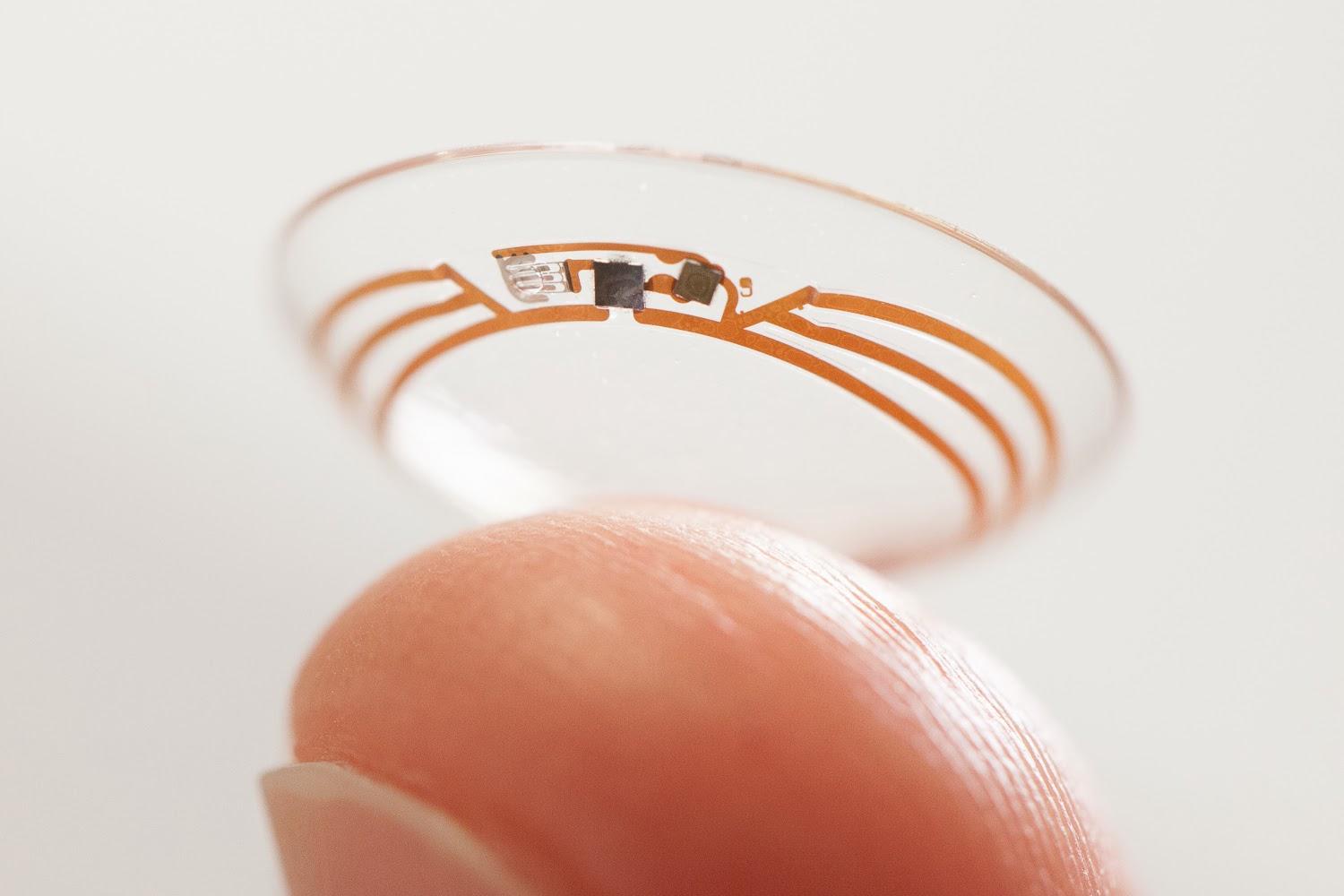 That’s the theory, at least. Other companies with ambitions for smart contact lenses have found them to be trickier than expected: Alphabet’s Verily, for example, was working on a diabetes-testing lens – shown above – for some time, but ended up shelving the project in late 2018 after discovering that building effective sensors into a lens was far from easy.

As such, the first iteration of Mojo’s tech will focus specifically on people with impaired vision. Not just fixing your myopia, though: think night vision, with the Mojo Lens boosting your view of the world around you. That could get them into optometrist offices and, potentially, reimbursed at least in part by health insurance.

The goal is to have a battery that lasts about a full day, and then charges up in a compact case. You’ll have to handle cleaning the lenses, of course, as you would with a non-disposable pair of regular contacts. The display itself is just 0.48mm in size, but promises a whopping 14,000+ ppi pixel density.

The promise of a private wearable display that overlays digital graphics over your regular sight has been the promise of science-fiction ever since William Gibson’s “Neuromancer” – now, it seems, we’re getting closer to it being actually feasible. In fact, Mojo Vision’s first-generation microdisplays sound a lot like Gibson’s 1984 prediction of Molly Millions’ visual augmentation, with simple green graphics rather than a full-color experience. 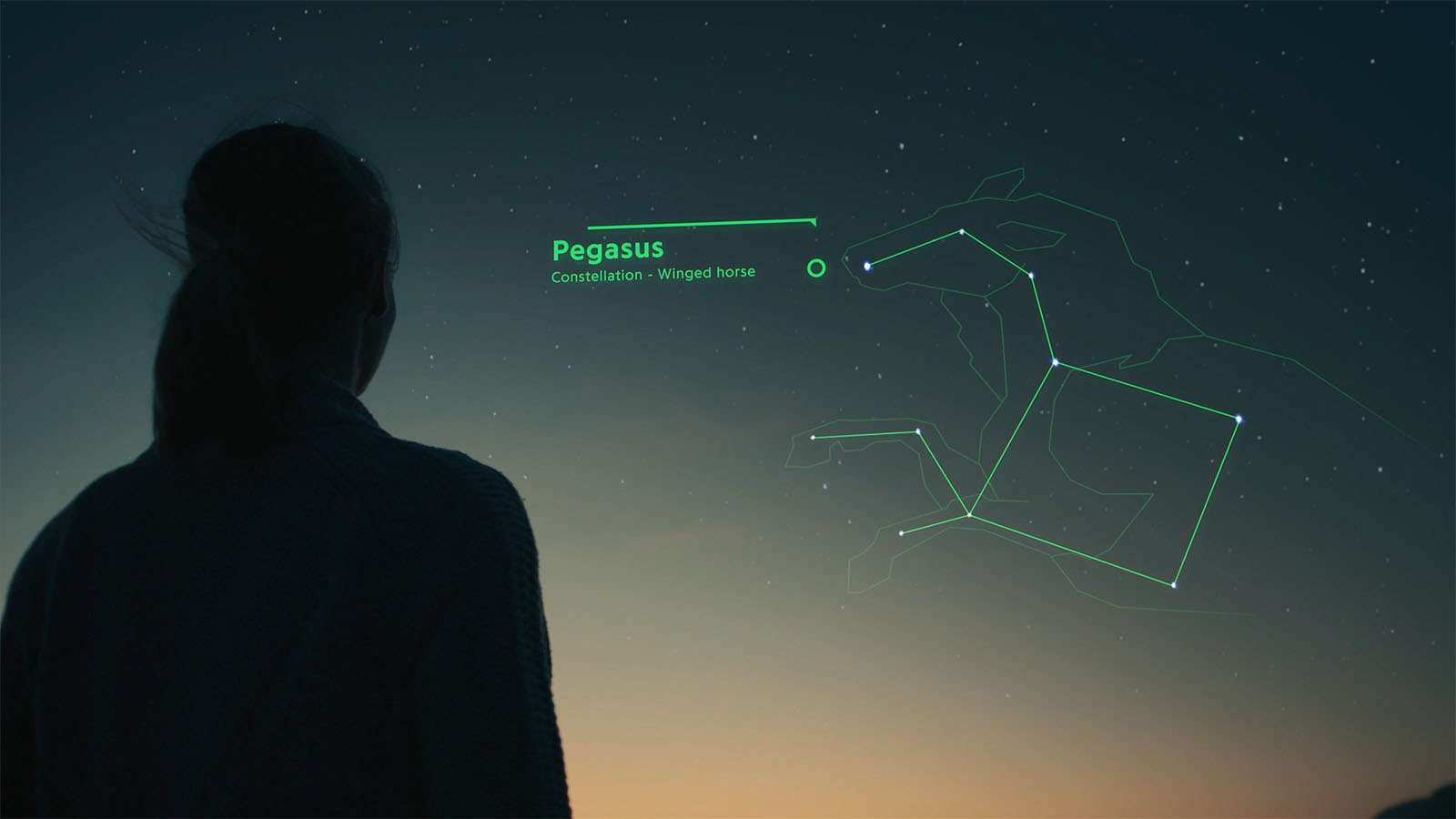 We’ll have to wait a few years before Mojo Lenses are ready for us to try for real. The company says that, now that it’s out of stealth and flush with investment from backers like HP Tech Ventures, LG, and Motorola Solutions among many, it can get to work finalizing the working lenses and then coaxing them through the medical approvals process.

They’re unlikely to be cheap, either, so insurers will have to be brought onboard with the idea too. After that, those without medical needs will likely get to join the AR party.