Of all the instruments and accessories in a musician’s arsenal, the guitar pedal may be the one that most resolutely refuses to get with the electronic times. Musical Operating Devices (MOD) decided there was a better way than daisy-chaining numerous single-effect pedals, and so came up with the MOD Pedal, effectively putting a tiny computer in a box and running open-source effects for far more flexibility. With a MOD Duo Kickstarter launching today, I caught up with MOD’s Gianfranco Ceccolini to find out more.

According to Ceccolini, the MOD Pedal initially came from the frustration around how effects pedal manufacturers treated musicians. Whereas software synths have gone a long way to democratizing access to different instruments – you no longer need to scrape together the cash for a physical device – each effects pedal generally did one thing and one thing alone. If you wanted a different sound, you had to pay up for a new pedal.

What someone needed to do, Ceccolini concluded, was bring the smartphone app model to bear on effects pedals. The result was the MOD Quadra, a limited-edition, hand-built test run of how computers and effects pedals could collaborate. 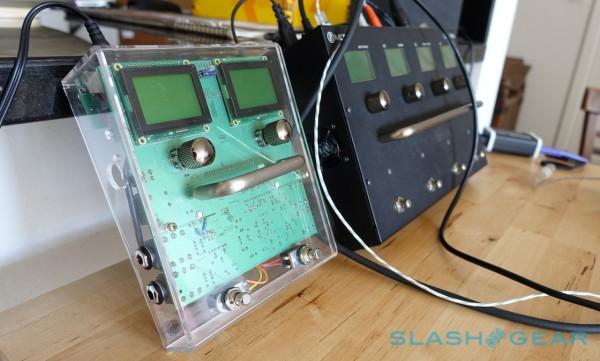 Although it may look like a regular four-bank pedal, MOD Quadra is actually far more interesting. Each effect it can run – whether delay, distortion, or something else – is all software modeled, and can be assigned in different ways.

Rather than expecting you to do that through the relatively small monochrome displays on the pedal, instead the pedal has a browser-based interface, much as you’d find on a router or NAS. Connect – via WiFi, Bluetooth, or USB – and you can adjust everything from there, dragging virtual devices into play and hooking them up with virtual cables. 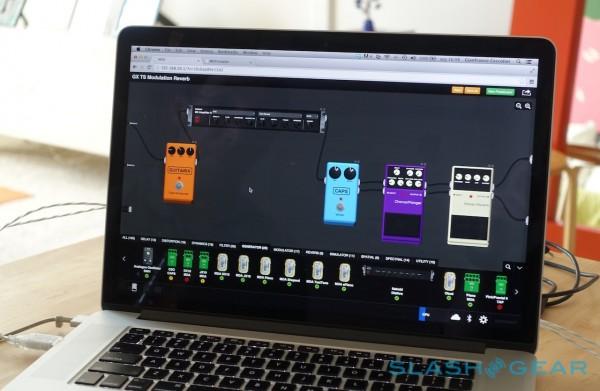 It’s that interface which makes the MOD Quadra – and, launching on Kickstarter today, its two-bank sibling the MOD Duo – so interesting. By opting for a browser UI, Ceccolini points out, MOD has avoided the hassle of having to build and maintain multiple apps for different devices and platforms.

The body of the UI is the workspace, with inputs (MOD Duo has two analog inputs and a MIDI input) on the left and outputs (two analog and MIDI out) on the right. All of the modular components live in galleries running along the bottom: not just effects, but synths, reverbs, and more. Each is based on open-source code, wrapped up in a custom interface (MOD is doing each itself for the moment, and those that don’t have a specific UI get a generic fish-tin box, a nod to old DIY pedals). 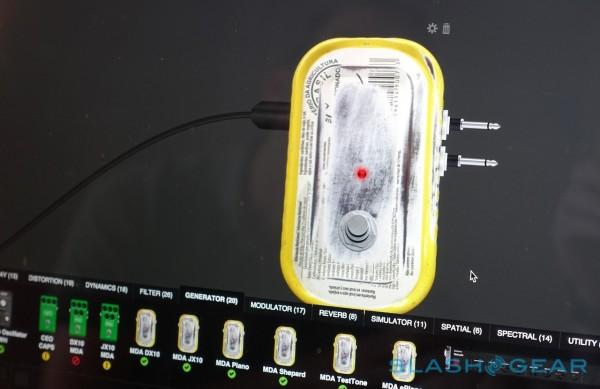 Connecting them is a case of dragging cables between inputs and outputs. Because they’re virtual, however, you can pull out multiple cables from one output, or input multiple sources to one input. Exactly how many different virtual effects can run varies according to their processor load: if they don’t individually tax the 1GHz ARM v7 dualcore you can run many of them, for instance, but others are more system intensive. A CPU gage at the bottom of the screen shows what the current load is.

Every button and rotary controller on the box is customizable, and can be assigned to different features in different effects and amp models. 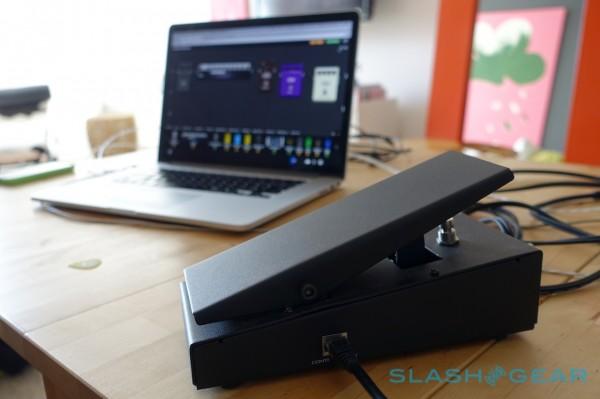 Once you’ve gone through the setup and configuration, everything is saved on the MOD Duo itself: you don’t need to stay connected in the browser for it to work. You can save different arrangements of effects as presets, and install new plugins from MOD directly.

It doesn’t need to be for guitarists, either. Plug in a MIDI keyboard and the MOD Duo can turn it into one of many types of synth. Plug in a microphone and you get vocal effects, like a vocoder. Even just hooking up your iPhone and playing music through MOD Duo could give DJs a whole new way of mangling sounds.

There’s also a social network for owners, MOD Social, which can be used to share configurations. MOD has handled this in a neat way, too: when you upload your layout, you not only give written details but record a brief sample. MOD encodes that as a demo video, so you can see and hear exactly what you’re getting.

Right now, MOD is curating the effects – picking out the best of the open-source community – but the hope is that developers would start releasing their own MOD Duo compatible plugins; it uses the LV2 standard. Eventually, the goal is an app store model where paid plugins could be distributed, but Ceccolini says that will require no small amount of investment in order to make it work.

Instead, the focus is on getting MOD Duo out there, as well as seeing what the player community comes up with. Along with the Duo itself, there’s an $74 expression pedal which can be daisy-chained from MOD Duo and control any parameter, along with a $76 footswitch extender with four extra buttons. Both use straightforward ethernet cable to hook them up, based on a new standard for connectivity MOD has come up with.

Since Ceccolini doesn’t particularly want to get lost in accessory manufacturing, the third add-on for MOD Duo is an $20 Arduino shield, so that tinkerers can effectively add anything to their pedal. If you’ve always wanted to control your effects with light sensors, Jean Michel Jarre style, you can do it. 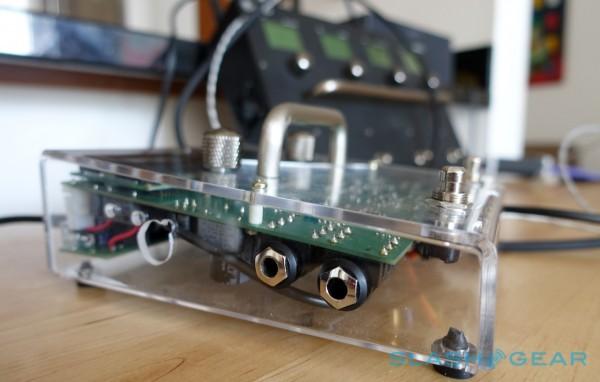 It’s an ambitious project, but Ceccolini tells me that the feedback over the past months around the original MOD Quadra has been glowing, and he’s confident the effects pedal market is ripe for a revolution. No more proprietary plugins, but a free-for-all of new sounds that can be experimented with for minimal investment.

Even MOD Duo is designed to last longer than the average PC. The computer side is modular and simply plugs into the music section; down the line, MOD could release a faster version – which would support more simultaneous effects, for instance – that could just be swapped out.

MOD is looking for $65,000 in its campaign, with MOD Duo unit from the $299 level up; initial shipments are expected in April 2015, if all goes to plan. As always there are stretch goals, including 24-bit USB audio interface support, a faster 1.5GHz dualcore for more simultaneous effects, and a die-cast aluminum enclosure. 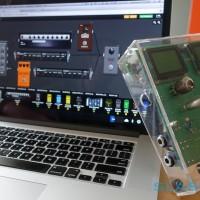 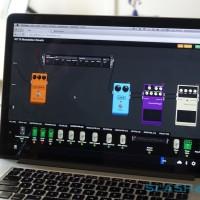 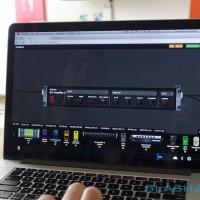 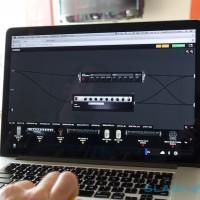 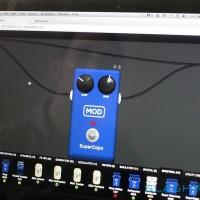 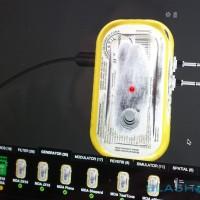 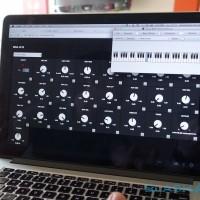 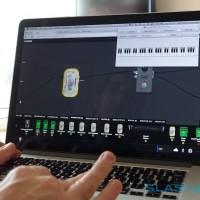 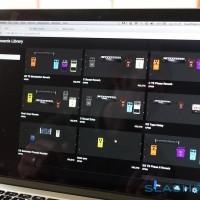 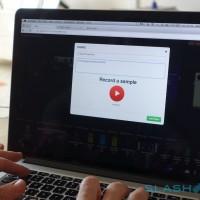 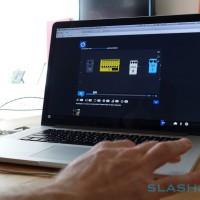 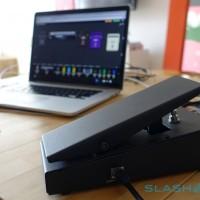 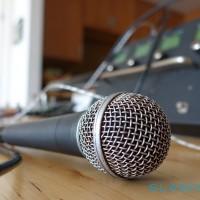 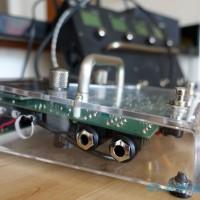 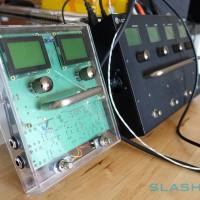 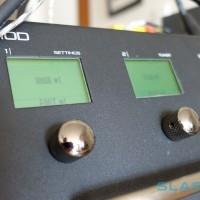 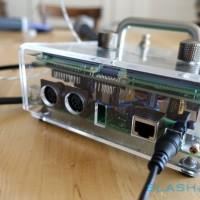 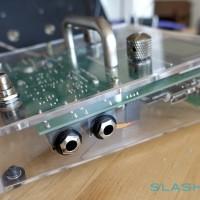 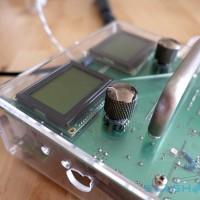 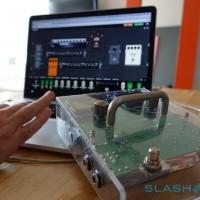 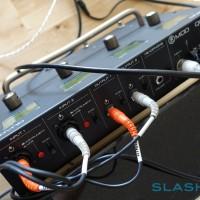 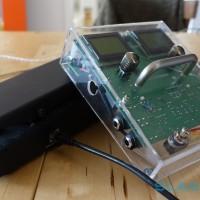 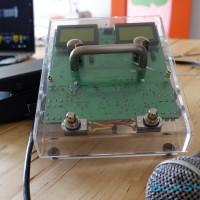 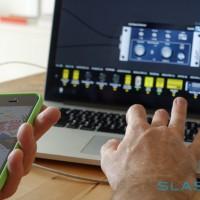 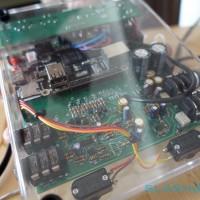