The Tokyo Motor Show 2019 is no stranger to electric cars, but the Mitsubishi Mi-Tech Concept manages to stand out all the same. A plug-in hybrid buggy, its pared-back bodywork and chunky styling are a solid reminder both that electrified cars can be ridiculously good fun and, yes, that Mitsubishi is still making vehicles.

Certainly, compared to the current Mitsubishi line-up, the Mi-Tech is on another level. Rather than a fully-electric drivetrain, the automaker opted for a PHEV arrangement. It’s no ordinary plug-in, though.

Rather than a traditional gas engine, the Mi-Tech uses a gas turbine engine-generator. That can run not only on gas, but a variety of other fuels for greater flexibility: diesel, kerosene, or alcohol. What it doesn’t do, though, is directly drive the wheels.

Instead, Mitsubishi uses it as a mobile generator for the batteries and electric motors the buggy uses for propulsion. Dubbed Quad Motor 4WD System, it has front and rear Dual-Motor Active Yaw Control units, effectively meaning that each wheel can be independently driven. The brake calipers are electric, too, for faster response and greater control. 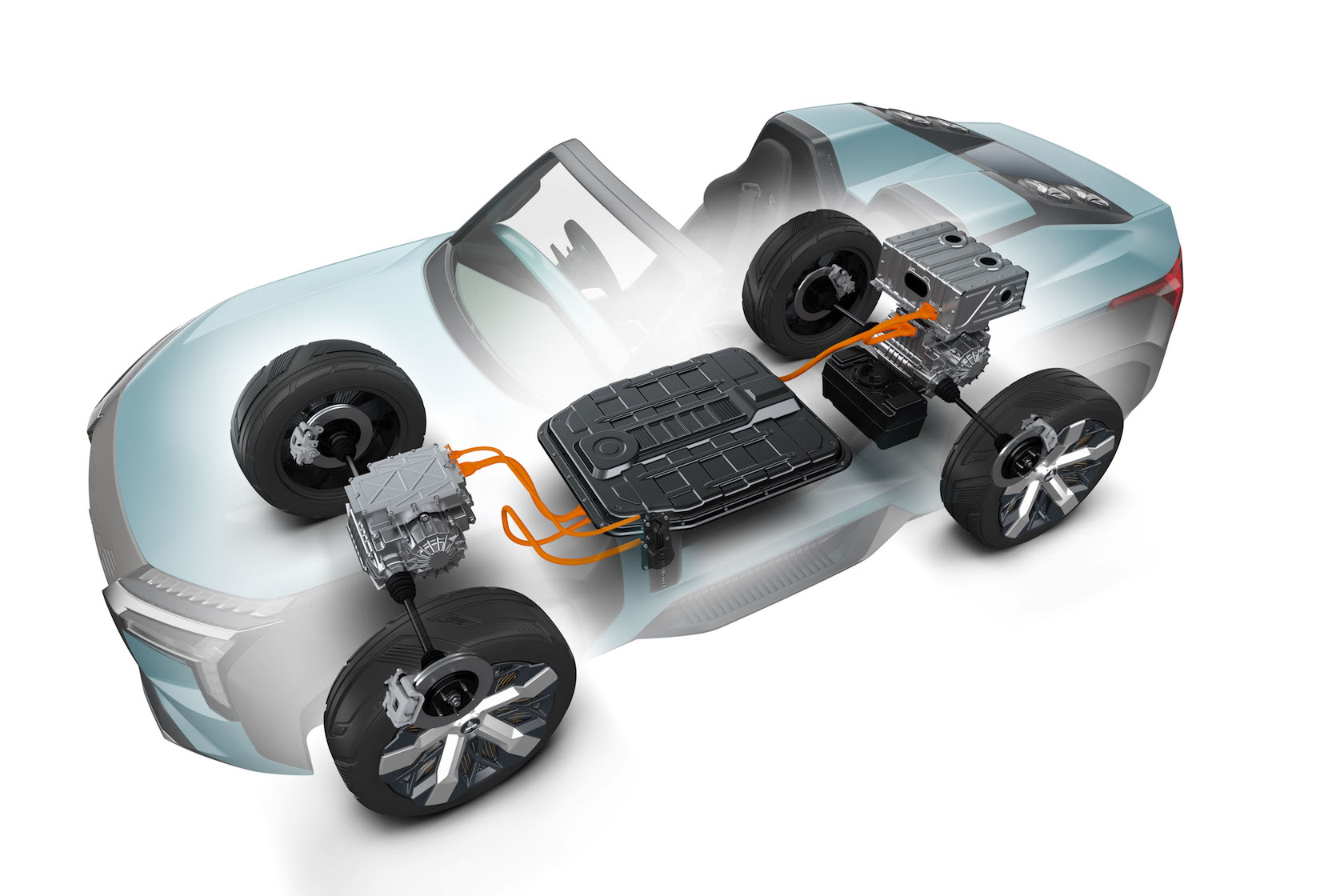 The result is a buggy that can spin on the spot by counter-rotating the left and right wheels, or by ensuring traction even if only two of the four wheels have contact with the ground.

That sounds, quite frankly, like a whole lot of fun, and the Mi-Tech Concept looks the part, too. Oversized styling cues, picked out in light blue for the bodywork and copper highlights, borrow the familiar Mitsubishi grille but make it look a whole lot more modern. The designers then added aluminum skid plates and raised over-fenders. At the back, T-shaped lamps echo the headlamps.

The dashboard is simplified for easier use while you’re focusing on off-road conditions. There’s more copper highlighting, with keyboard-shaped switches across the center console for the most commonly-accessed features. A front handgrip makes it easier to operate them, even if the buggy is rocking and careening around. 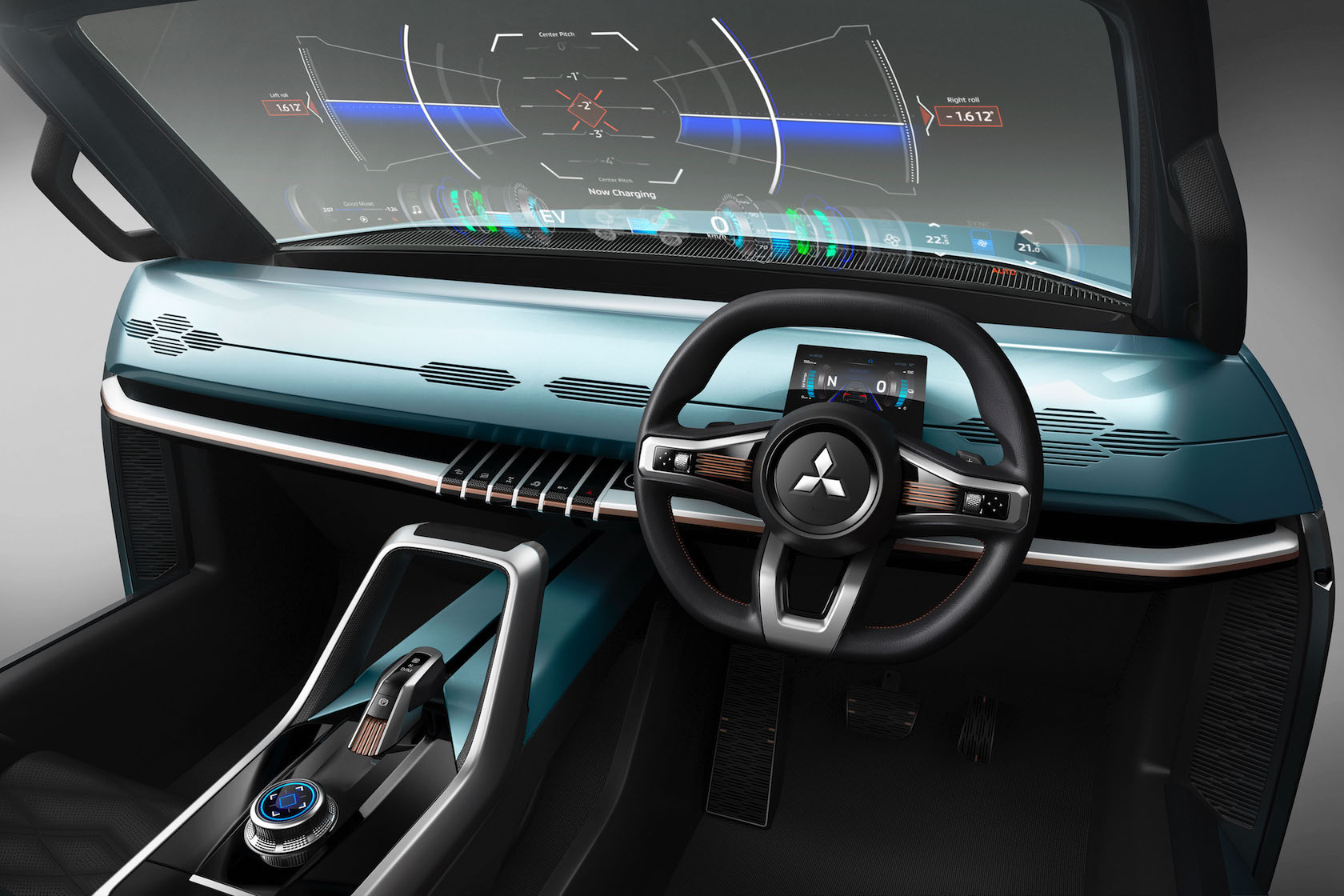 Mitsubishi hasn’t shied away from tech, though. The windshield is one big augmented reality display, the automaker says, fed with graphics from cameras and other sensors to allow the driver to peer through fog and other low-visibility conditions. Driver support tech for when you do have to go on-road is included, too, though the Mi-Tech is probably never going to be the first choice for a Costco run.

This isn’t the first electrified buggy we’ve seen, mind. Volkswagen showed off the flexibility of its MEB electric vehicle platform last year with the charming VW ID Buggy, a modern-day reinterpretation of the classic dune bug. At the time, though VW said it had no real plans to commercialize the ID Buggy, it did highlight the fact that it was offering the MEB platform to third-party manufacturers who might be interested in low-volume production of niche cars.

Mitsubishi is saying no such thing, and right now there’s no reason to suspect that the Mi-Tech Concept will – in current form – spawn a production version. What might make it further along the automaker’s roadmap, though, is the gas-turbine PHEV drivetrain. “As environmental awareness grows and downsizing progresses, the concept explores the technological proposition to plug the PHEV drivetrain into a small SUV,” Mitsubishi teases. “The gas turbine engine-generator has a powerful output for its size and weight.” 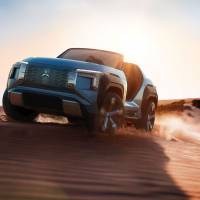 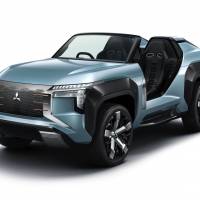 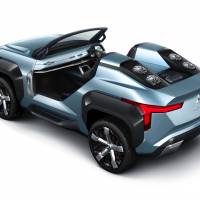 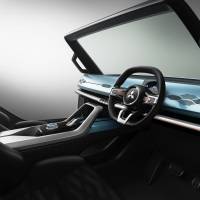 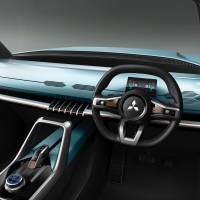