Electric cars generally settle into one of two camps: the outlandish, like Renault’s Twizy, or the discrete, like Nissan’s Note. The Mitsubishi i-MiEV, however, straddles both. Its “space jelly-bean” looks are certainly eye-catching, but they’re also borrowed wholesale from the regular gas-powered version available in Japan and Europe, rather than an EV flourish for its own sake. The i-MiEV is also one of the US’ cheapest EVs, though with prices starting at $21,625 (after tax incentives) it still commands a premium over more traditionally fuelled cars. Can the i-MiEV’s frugal charms win us over? Read on for the full SlashGear review.

It’s not quite a Twizy, but the i-MiEV is certainly no wall-flower when it comes to Mitsubishi’s aesthetic. The tall, narrow body was intended for snapping down cramped Tokyo side-streets, but it makes for a car that catches more than its fair share of glances while you’re driving. Whether they’re admiring or bemused is unclear.

You still get four doors, however, and four seats inside – the rear seats fold down individually, boosting the trunk’s compact 13.2 cubic feet of storage to a more useful 50.4 cubit feet – with room for adults front and back. It’s an upright ride with plenty of headroom, though the limited width can mean those in the back sit closer together than usual. Despite the price, the only leather you’ll find inside is wrapping the steering wheel and shifter knob; the seats are sturdy fabric, instead, and adjusted manually not electrically.

Given the ostentatious exterior, we’d half expected the sort of swooping, LED-encrusted dashboard that would make a concept car jealous. In fact, the i-MiEV’s interior is surprisingly sober. The plastic top dash panels match the purplish-brown seat fabric for color, with a bulbous central stack topped with a sizeable LCD display above the HVAC controls and finally the gear shifter at the bottom. The latter looks like it could’ve been pulled from any automatic car, with the usual park, neutral, drive, and reverse options, as well as an “Eco” mode a notch away.

In the minimalistic driver’s instrument binnacle the view is dominated by a center gage with a digital speedo in the middle, flanked by a simple indicator which shows how economical or profligate you are with your current driving style. A smaller display on the left shows battery level and current gear; range in miles is shown in another screen on the other side. Jabbing at a small plastic button in the binnacle flips over to distance traveled since your last charge. 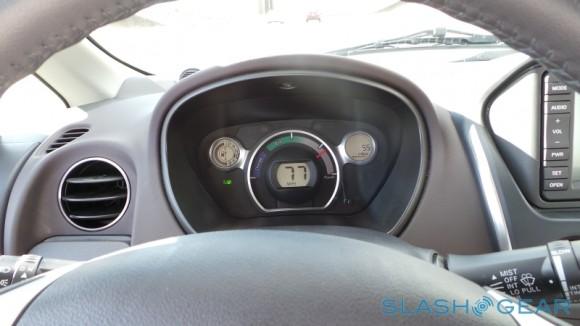 It’s functional, for the most part. The plastics in general are somewhat flimsy to the touch, though you at least get air-con, power windows and mirrors, and remote central locking as standard. There’s also a heated seat, on the driver’s side only, which Mitsubishi recommends using instead of cranking up the HVAC on a cold morning, since it’s more power-frugal; alternatively, you can turn on the HVAC (to the last used settings) remotely from the keyfob while the i-MiEV is still plugged into the mains. The touchscreen audio system, complete with Bluetooth streaming/hands-free, a reversing camera, and navigation is comprehensive, though not the easiest to use.

The i-MiEV’s motor pushes out 66HP through the rear wheels via a single-speed gearbox, and manages 145 lb-ft of torque. It’s good for a top speed of 81mph, and though Mitsubishi isn’t especially keen to talk performance figures (0-60mph is a 13s affair), the combination of the 1.3 ton curb weight., low center of gravity, and immediacy of electric motors means acceleration is surprisingly eager. The i-MiEV is certainly at its best around town, where the combination of pep off the starting line and regenerative power topping up the battery show their worth, but that’s not to say it can’t handle the highway.

At highway speeds, there’s a fair amount of wind noise, and while you don’t get the familiar thrum of a gas engine, you have the whine of the electric motor instead. Side-winds can lead to some uncomfortable buffeting, too. The suspension – taut, given the batteries the i-MiEV must lug – is firm but not unduly so. 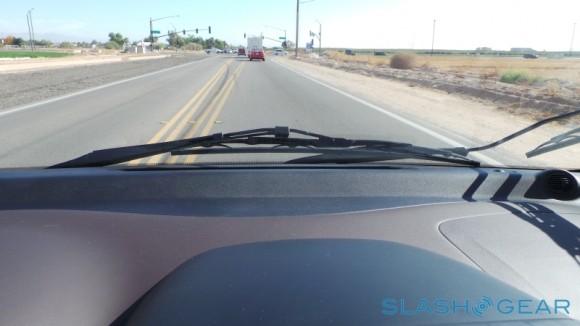 As with all EVs, the big question mark hanging over the i-MiEV is range. Mitsubishi quotes an EPA MPGe (miles per gallon equivalent) of 126 for city driving, 99 for highway driving, and 112 combined; total EPA range is 62 miles.

That’s assuming ideal circumstances, of course. In practice, you tend to drive with one eye fixed to the range indicator, alert to how your driving style affects how many miles you’ll be able to do. We found the estimates to be reasonably accurate, though weather more than anything is the big decider. Setting out for town on a particularly cold day and, by the time we’d reached our first stop, the gage had dropped considerably more miles than we’d actually traveled. Mitsubishi does include a single out-of-energy rescue per year for the first three years.

Extremes of temperature are known issues for battery performance, and the i-MiEV tackles one of them as standard. All i-MiEV versions have a cooling fan that counteracts the effect of hot days, but its counterpart battery warmer is only standard on the SE “Premium Package” – $2,790 – or as a $175 add-on.

Charging generally depends on how much juice you have to spare. The i-MiEV can power up from either a 120V domestic supply or, if you have access to it, a 240V supply. A 120V portable charging cable is included to satisfy impromptu recharges while on the move, something which we found takes roughly 20- to 22hrs. A “Level 2” 240V charger cuts that to seven hours, or if you have access to a “Level 3” public quick-charger you can take the i-MiEV to 80-percent in 30 minutes. 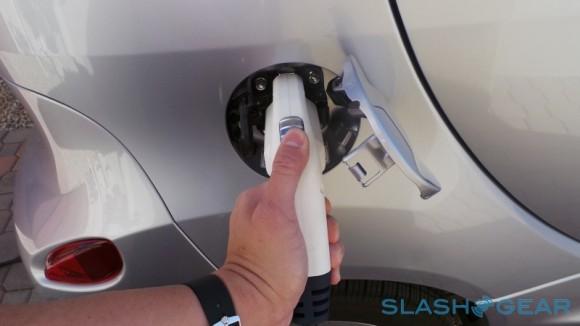 Mitsubishi includes a total of three warranties with the i-MiEV, covering different aspects of the car. Shortest is the 3-year/36,000 mile New Vehicle warranty, followed by a specific 5-year/60,000 mile powertrain warranty. Finally, there’s 8-year/100,000 mile cover for the Li-Ion batteries, which unlike other car companies Mitsubishi sells rather than leases to drivers. Nonetheless, some degree of battery degradation is to be expected (and isn’t covered by the warranty): you should expect to have 80-percent of total capacity left after 5yrs, falling to 70-percent after 10yrs.

Most of the issues affecting the i-MiEV are applicable to every all-electric car. The preoccupation with range, balance of equipment versus saving as much power for actually moving, and the lifespan of Li-Ion batteries are to modern EVs what gas consumption, engine oil, and emissions are to traditional cars. 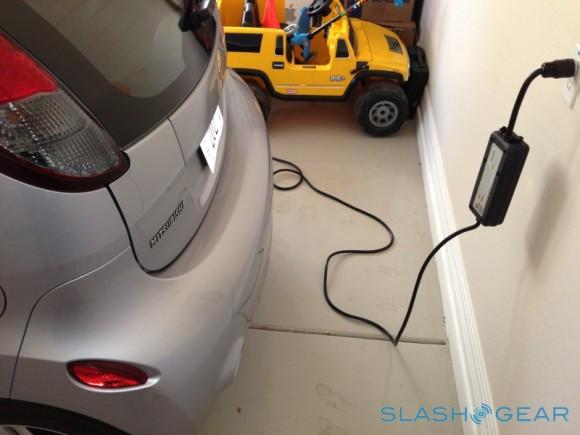 Where the i-MiEV succeeds is in helping make electric travel more affordable. Thanks to federal tax incentives you can have the Mitsubishi for under $22k (before destination and handling); considering only a couple of years ago you’d be looking at twice that for an EV, it shows how far we’ve come in eco-friendly motoring. The i-MiEV is certainly a second car, unless you’re a resolute city dweller, but for low-cost trips around town and room for four in a small footprint, it’s a perky addition to your garage.