The International Space Station may have been around for more than two decades now, but NASA and SpaceX still managed to make history this weekend with the successful splashdown of the Crew Dragon spacecraft. A huge milestone in NASA’s Commercial Crew project, it marked the first time a commercially-built and operated, American crew spacecraft flew to and from the ISS.

For a while, it looked like the return simply wouldn’t happen on Sunday. Crew Dragon – with astronauts Robert Behnken and Douglas Hurley onboard – departed from the space station on Saturday, but NASA and SpaceX were glued to weather reports to see whether the descent and eventual splashdown would be possible. 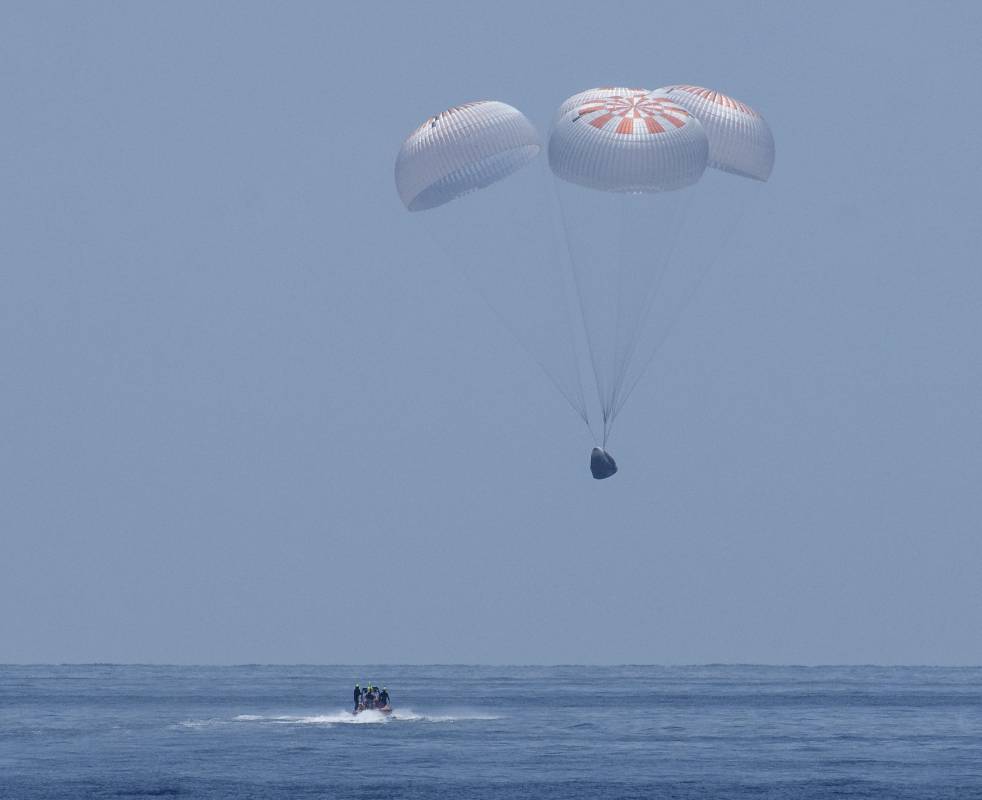 Tropical storms in the Caribbean were the primary risk, with the threat of strong winds, tall waves, and limited visibility posing a threat to both Crew Dragon and its parachutes, and the boats and helicopters that NASA and SpaceX planned to use to retrieve the astronauts and their capsule. The spacecraft has sufficient supplies for at least three days in isolation, detached from the ISS, but in the end they weren’t required.

Instead, it was a dramatic descent – including temperatures of 3,000 degrees Fahrenheit – as Crew Dragon hurtled through Earth’s atmosphere toward the Gulf of Mexico. Two sets of parachutes, also recovered, were deployed to rein in the speed. Finally, at 2:48pm EDT on Sunday afternoon, as this NASA video shows, spacecraft met ocean.

Altogether the two astronauts spent 62 days on the International Space Station. In addition to running tests on Crew Dragon Endeavour, they also took part in various experiments underway on the zero-gravity scientific platform, and several spacewalks.

Crew Dragon itself, meanwhile, was brought onto the SpaceX GO Navigator recovery ship, and will spend the next months at the company’s facility in Florida. There, SpaceX will sift through the capsule’s data and systems, ahead of the upcoming Crew-1 mission that it plans to run with NASA later in 2020. 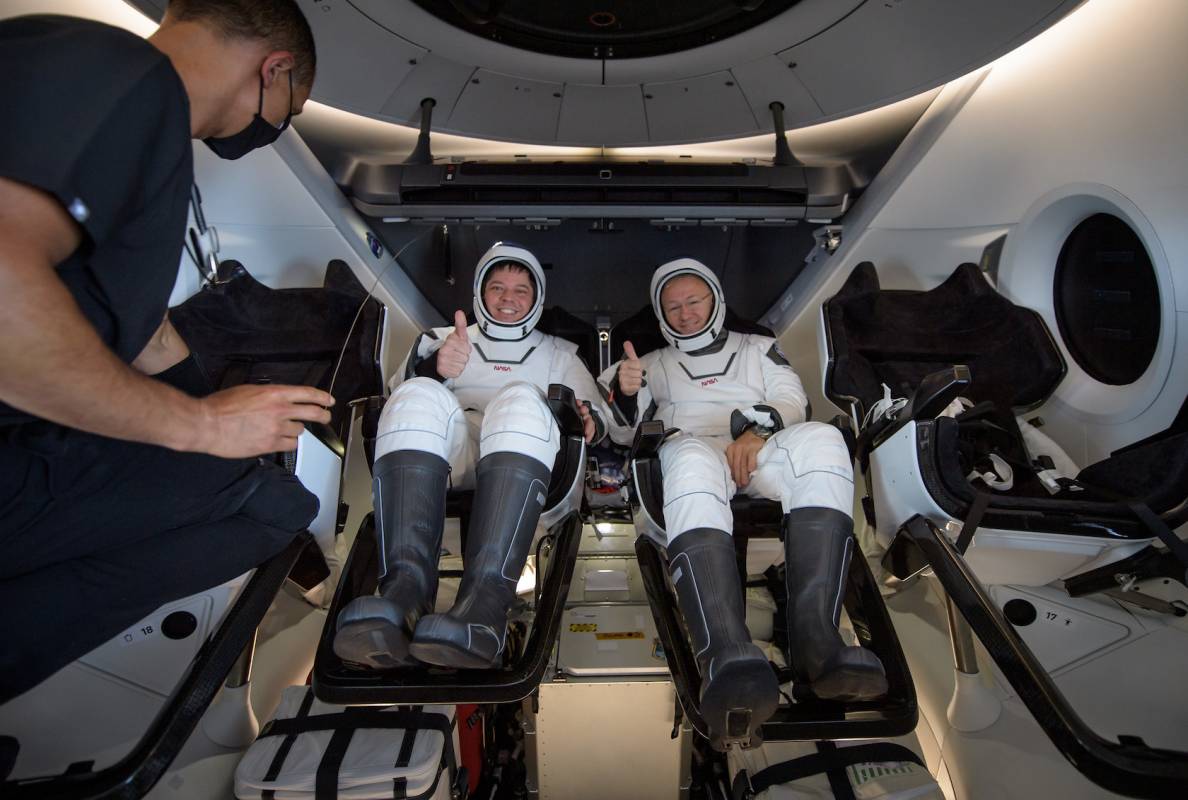 Crew-1 will differ from this Demo-2 flight in one key way: whereas Behnken and Hurley were onboard Crew Dragon Endeavour on both its outbound and return flight, the eventual goal is to use the SpaceX spacecraft as a shuttle for changing the American astronauts on the ISS. For that, one pair of astronauts will fly up, and then the returning pair will use the capsule to return to Earth complete with test results and other cargo.

That’s not the full extent of SpaceX and NASA’s ambitions for the spacecraft technology, mind. The goal is to develop a spacecraft capable of eventually taking a human crew to Mars, a challenge NASA hopes to undertake at some point from 2030. “It’s a testament to what we can accomplish when we work together to do something once thought impossible,” NASA Administrator Jim Bridenstine said of the milestone. “Partners are key to how we go farther than ever before and take the next steps on daring missions to the Moon and Mars.”