A 20-week study in London just completed this week utilized predictive software to spot potential gang-related crimes before they happen. Using software developed by Accenture, this project targeted individuals across all known gangs in each of London’s 32 boroughs. “Our goal,” said James Slessor, Managing Director of Accenture’s policing and public safety business, “was to provide MPS with an unprecedented level of insight and intelligence to help them continue to reduce gang-related crimes in the city.” With analytics information in hand, the London Metropolitan Police Service (MPS) was able to assess the likelihood of known individuals re-offending.

This system is delivered through Accenture Analytics, this part of Accenture Digital, and made use of data from various crime reporting and criminal intelligence systems used by the MPS. This data was analyzed and used to predict future crime. Risk scores were generated for known previously-offending individuals for committing violent crimes in the future.

Speaking with the BBC on the program, Accenture head of public safety analytics Muz Janoowalla suggested that “You’ve got limited police resources and you need to target them efficiently.”

Sarah Samee, a spokeswoman for the Met’s Trident Gang Crime Command spoke up on the subject as well.

“It’s previous offending and various different sources that are used for intelligence, in terms of who they are involved with and who they associate with,” said Samee. “For example if an individual had posted inflammatory material on the internet and it was known about to the Met – one gang might say something about another gang member’s partner or something like that – it would be recorded in the Met’s intelligence system.” 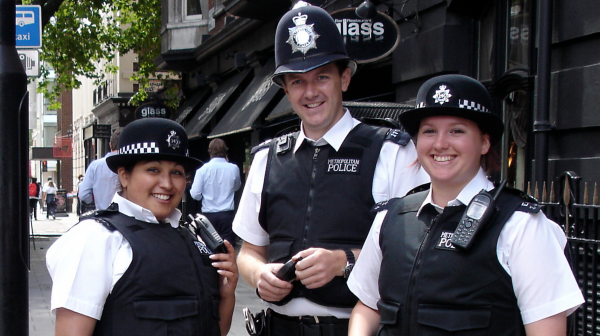 So while this is a bit of a radical move by the Metropolitan Police Service in London, it’s not exactly Precrime as Philip K Dick suggested it would be. This is not Minority Report, it’s only really a bunch of analytics applied intelligently.