Inside this third-person shooter multiplayer game you’ll find a stripped-down masterpiece. Developed by Human Head and Atari, this game conveys a sense of grandeur the likes of which we’ve never seen done with such flat surfaces. It’s online, it’s played from a third-person perspective, it’s got RTS and RPG elements, it’s blocky, and its out in Steam Early Access. This is Minimum.

Thus far there’s one primary game mode out. This game mode is Titan – making little effort to suggest we’re in an environment where massive robots haven’t made a lasting impact on the gaming scene. 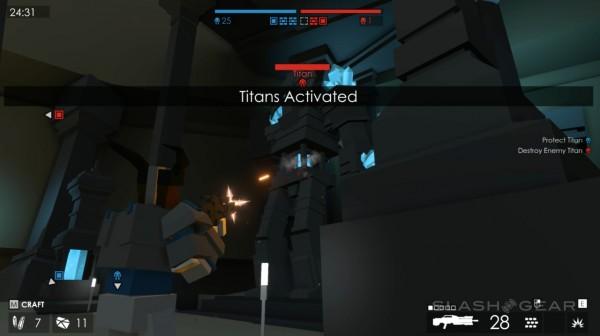 Here we’re rolling with block people, manufacturing helmets and armor, weapons and accessories out of blocks, dispensing with the details in high-energy graphics almost entirely. It’s as if the people at Human Head and Atari went to E3 and said – what would happen if we took the most awesome parts of our favorite multiplayer shooter games and cut graphics down to the bone?

What would be left?

Believe it or not, a mightily beautiful game is left. Gameplay in this title isn’t perfect, but it’s already well on its way to being great enough to be addicted to. But it’s the graphics that surprise us – what we can’t see, we imagine.

Need a viking helm? You got it! See that massive beast walking overhead? He’ll move at a rate that’s realistic. 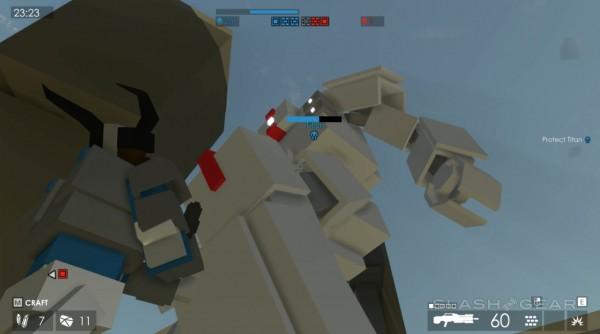 We’re not able to do a real full-fledged review of this game at this time because it’s still so early in development, but what we see, we like. We like a lot. Stick around in the Atari tag portal here on SlashGear to see more Minimum, or head to Steam right this minute to pick it up and play!