Beyond a mini-game of a press release called INFO QUEST II – which we’ll also include here if possible – is the next generation in Minecraft gameplay. This is Minecraft Story Mode, a Telltale Games Series. This is the same group that brings you Takes from the Borderlands, The Walking Dead, and most recently Game of Thrones – they’re the kings of storytelling games in episodic releases, that is to say – since all the way back in 2006 when they released their first episodic series of games. It’s time to get pixely.

Minecraft: Story Mode will be released episodically. It will not be called Minecraft 2 – there is no Minecraft 2. There were rumors of a Minecraft 2, but that’s not a real thing – Mojang have confirmed it. 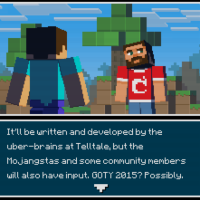 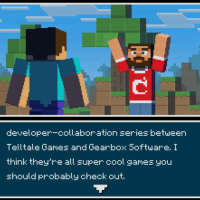 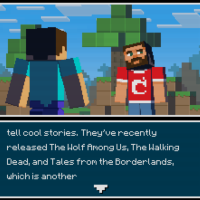 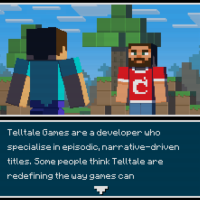 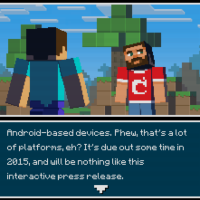 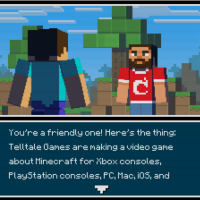 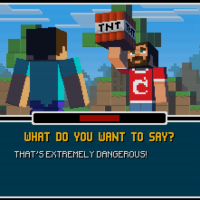 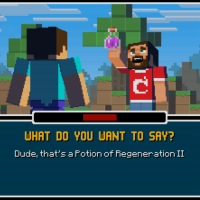 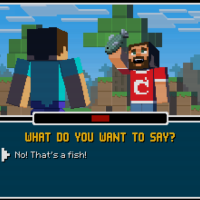 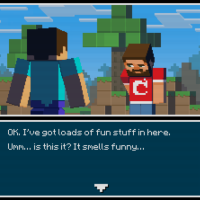 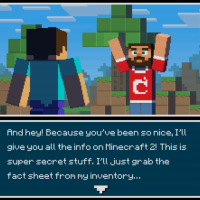 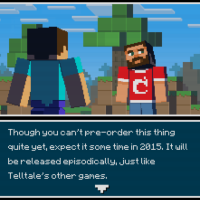 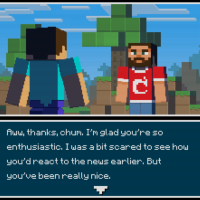 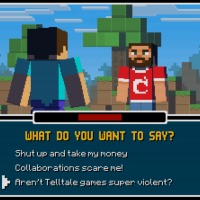 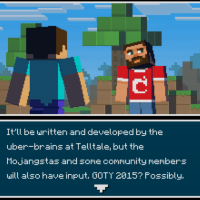 The first episode will be released inside the year 2015 – “some time in 2015″ they say for now. It’ll be released to the following systems, presumably all at once:

Mojang will be collaborating with Telltale Games as well as ” members of the community” in order to “make Minecraft: Story Mode as Minecrafty as possible.”

According to Telltale Games, “Telltale’s game series will mix new characters with familiar themes, in an entirely original Minecraft experience, inspired by the Minecraft community and the game that continues to inspire a generation.”

Like a “choose your own adventure” series, this game will be an original story driven by player choice. It’s set in the world of Minecraft, but will be a separate stand-alone product that will premiere on multiple systems soon.