Minecraft on the Wii U: Too little too late

Minecraft is the sort of game that we’ll only see once in a lifetime. It was originally created by a single guy, and has gone on to be the single best-selling PC game of all time. In fact, it very well could overthrow Tetris and Wii Sports as the best-selling video game of all time. The game has been sold on nearly every imaginable platform, except the one that makes the most sense (besides the PC). Today, it was announced that the game would finally be coming to the Wii U.

Minecraft on the Wii U is one of those things that just sort of makes sense. Controllers are clunky, and even a mouse can feel cumbersome when you’re assembling block after block. Anyone that has played Super Mario Maker knows just how useful a stylus can be when you’re creating a level, and meticulously placing objects on the screen. The first time I saw Mario Maker, I wondered why of all the platforms, this one wasn’t being utilized for the biggest building game of them all.

At E3 2011, the announcement was made that Minecraft would first be ported to the Xbox 360. At the time, this was Microsoft’s flagship console, so it made sense. However, this was also the same event where the Wii U was first shown off. There were a few niche titles that looked interesting, but nothing really sold it at the time. 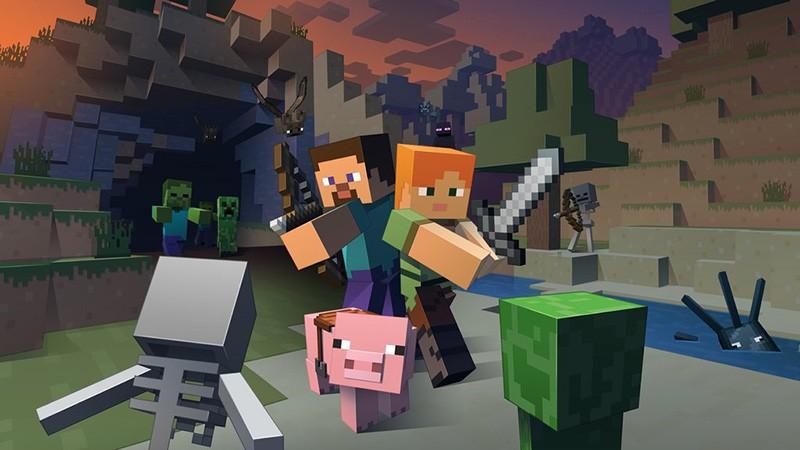 Imagine if Mojang had teamed up with Nintendo way back then, and Minecraft was one of the debut titles for the console. The game was already selling incredibly well, and suddenly there would be a fantastic reason to pick up that tablet-looking controller and use a stylus. Instead, a few classic Nintendo franchises were shown off, and they had some party games for you to play. Overall, people were left wondering what Nintendo was really doing (and whether the Wii U was just an add-on for the Wii. But that’s another story altogether.)

Eventually Mojang was sold to Microsoft, and as I said earlier, it’s nearly the best-selling game of all time. Currently, it’s only being beaten by Tetris (#1) and Wii Sports (#2). So it’s safe to say that Notch, and Mojang did just fine without Nintendo. But the real question is just how much Nintendo could have gained from partnering up with Mojang for a Wii U release way back then.

In June of this year, nearly three years after the console hit store shelves, Nintendo managed to finally sell their 10 millionth Wii U. That pales in comparison to the sale of the original Wii, or even both current-gen offerings from Microsoft and Sony, both of which launched well after the Wii U. Which begs the question of why the console didn’t sell better. And that answer comes down to two main parts: No big name games, and a poor name that left consumers confused.

The first issue is that there were no “big hit” titles that made people want to jump in and spend $300 on a new console. Sure, there was a new Mario game at launch, but there weren’t a lot of other big names, and very few first-party titles, which are what usually help sell a Nintendo console. It was a year and a half before Mario Kart made its way onto the Wii U, and two years before we saw Smash Bros. What they needed was something big. They needed Minecraft.

Fast-forward to today, and we finally have the announcement that the Wii U needed. Minecraft is finally coming. It’ll be getting the base game, along with some of the more popular add-ons. And while that’s great, it’s hard to get too excited about it, unless that’s the only console in your house. Why? Let’s take a look at what platforms it is already available on:

I honestly don’t know of another game that is more widely-available than Minecraft. Seriously, if you can think of a game that is available on more platforms, I’d like to know. So adding the Wii U to the list is nice, but hardly anything that will profoundly affect the sales of either the game, or the console.

Don’t get me wrong, I’m happy to see Minecraft added to the Wii U’s lineup. It’s just something that I think would have been better in 2012 or 2013.