Brain-monitoring mental agility game Mindflex has spawned a new version, Mindflex Dual, and as the name suggests it allows two players to go head to head and see who has the most powerful brain. Expected to ship on August 15, Mindflex Duel uses the same “mind-eye” concentration headbands as the original Mattel game, but allows you to battle it out against an opponents mental skills.

Various types of challenge are on offer, including collaborative modes for those less interested in competing, but all involve using the brain to guide a foam ball along the game area. Various slot-in obstacles can be fitted to add some extra challenge, or you can just play at virtual sumo, trying to push the ball into your opponent’s end-zone.

It’s only a matter of time until someone rigs this up to an electroshock kit and turning it into a real-world equivalent of Domination from Never Say Never Again. Mattel Mindflex Duel is priced at $99.99. 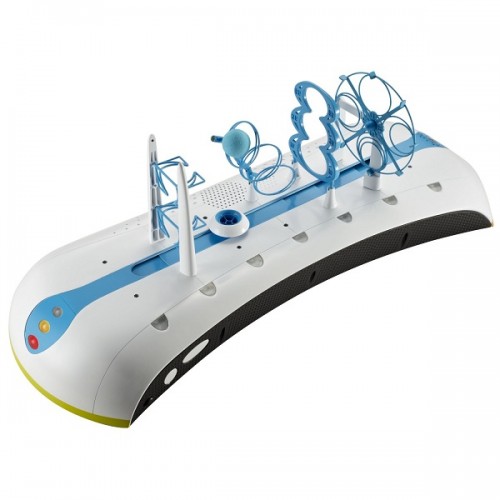