Apple users working with their untouchable Mac computers will be pumped up to see that Mimo Monitors have brought forth a brand new USB powered-and-connected 10.1-inch monitor that works with OS X like a charm! This Mimo Magic Touch monitor is the first of many models that’ll be offered by Mimo Monitors ready to rock with OS X with just a download of a special driver. This model also works with Windows 7 and can be used as a display-only unit for Windows XP, Vista, and 2000.

The Mimo Magic Touch is the first model released by Mimo Monitors to be assured readiness to work with the official Mac OS X Touchscreen Driver distributed by Mimo Monitors as well. This driver works with Intel Macs only and is compatible with systems up to and including OS X Mountain Lion. The driver, incidentally, is an alpha release – but once the final version is ready for action, you’ll get that upgrade for free. 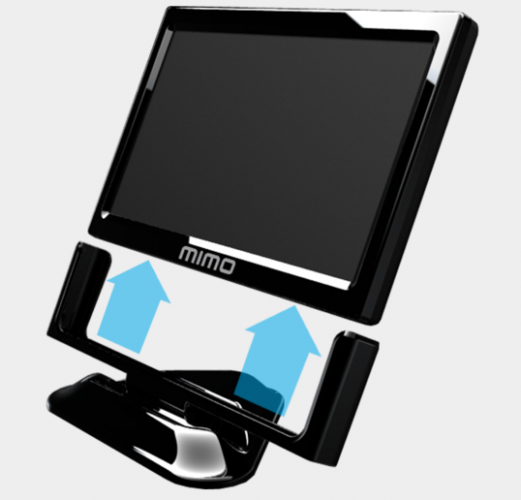 The folks at Mimo Monitors note that “that this software is proprietary and we cannot provide it without charging this nominal license fee.” This is why it’s not free, if you’d like to know. You’ll also get a free downloadable “Gesture Pack” that allows two-finger scroll, pinch / magnify, and rotate gestures galore. You can also download a “trial version” of the software from Mimo Monitors once you’ve got the Mimo Magic Touch if you’d like to be sure you actually want to work with it, too.

The Mimo Magic Touch is also a lovely touchscreen monitor on its own, working with Windows 7 with full touchscreen capabilities with a 1024 x 600 resolution display, an adjustable dock/bast, and connects with USB 2.0. This unit needs to be connected with a USB cord in order to function, but requires JUST the USB cord and no additional display cords to work. Neat stuff! You’ll be picking up the monitor for $299.99 and the driver for $35.00 USD. 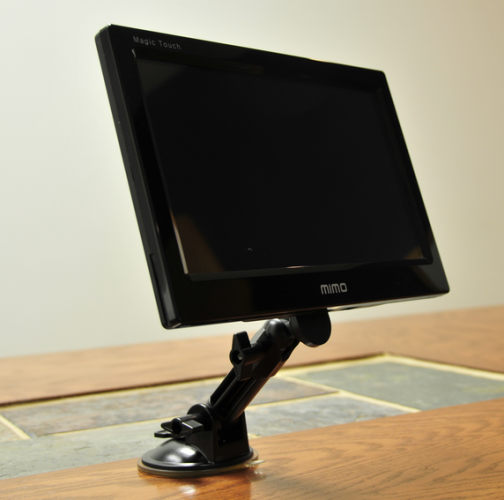