Skeptical was what I was when I began playing Middle-Earth: Shadow of Mordor. When you attempt to transfer a beloved, storied universe from one media to the other, you’re under a lot more scrutiny than you’d be if you’d started fresh. But like Alejandro Jodorowsky said about Dune, you have to disrespect your source material if you want to successfully create new life. Behold: Shadow of Mordor.

Taking some creative license with Tolkien’s Lord of the Rings Appendices and The Silmarillion to enter a new chapter in with the Middle Earth universe, Monolith have done the authors works justice. Middle Earth games have been produced before, but never before have we felt so at-home here in this environment in a game. 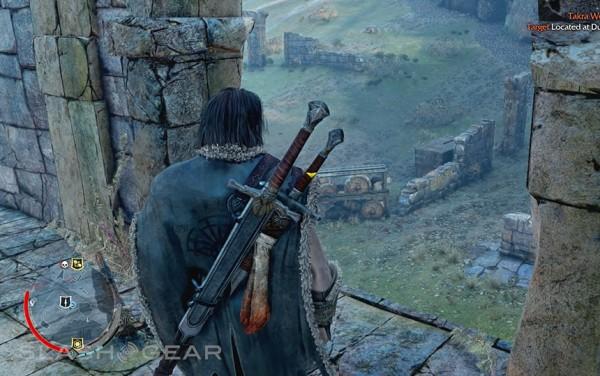 Voice acting and story construction have a lot to do with how well this game does its job in-between bashing orcs. I believe in the characters, I feel honest loathing for the bad-guys, and I genuinely want to attend to the many quests and side-quests to learn more about the story and the Middle Earth lore included in the game.

Our first review here is based almost entirely in Xbox One. Like most console-based games we’ve played over the past few years, this one looks pretty good – but we can’t wait to play it on a PC. Now that I’ve experienced Mordor looking really nice, I want to experience it looking its best.

Think 4K displays and G-Sync, GTX 980 and all that good stuff. This game clearly has a lot of potential in the visual environment. Lots that’s lying under the surface, waiting to be brought out by the power of massive amounts of graphics processing.

What you’re about to see is a bit over 10 minutes of uninterrupted gameplay. In this segment we pick up a mission which has us killing a number of orcs in a small amount of time.

We keep it relatively basic here so as to not ruin too much of the surprise that is gaining abilities and new weapons – much of the thrill of the game. Basic combat, switching between realities, sneaking around, shooting elvish arrows – let the good times roll.

A lot of this game involves you destroying Mordor from the inside out. You’ll come to discover that though one does not simply walk into Mordor, one certainly can run, jump, sneak, and fight one’s way through it. 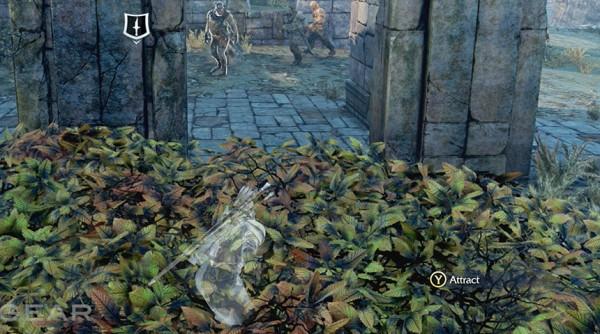 When you kill orcs, you learn their pecking order. When an orc kills you, they become more powerful. The orcs learn that you’re able to resurrect, and eventually (if you’re extra-terrible at the game) learn to expect your arrival, getting excited to see you again because it means they get to kill you again. 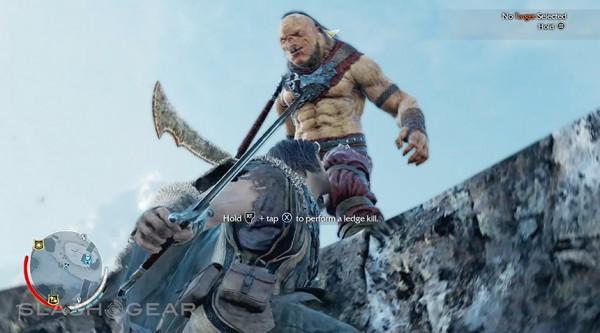 Below you’ll see the orcish ranks. Cut them up and tear down their army. 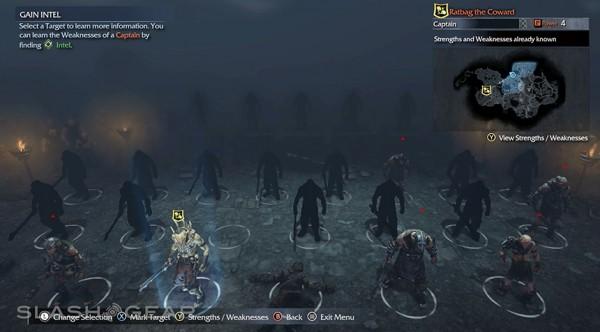 This is not a game I’d call repetitive. Learning the different styles with which I can sneak up on and take apart a group of orcs, I’ve been killed by the same leader orc 5 times in a row. Eventually he was running full-boar at me yelling about how he loved seeing me die.

Needless to say, it’s a good time had by all. 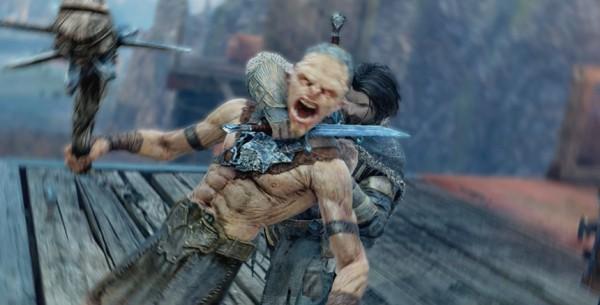 Combat includes chopping up and bludgeoning orcs with your weapons and punching them in the face with your ethereal elven fist. 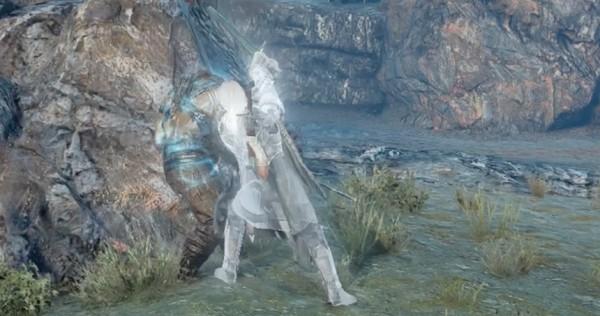 If you’ve not already watched the gameplay video – you’re a sort of undead Ranger fellow that’s been paired with a ghostly elf. Together you have a good ol’ time tearing up Mordor. 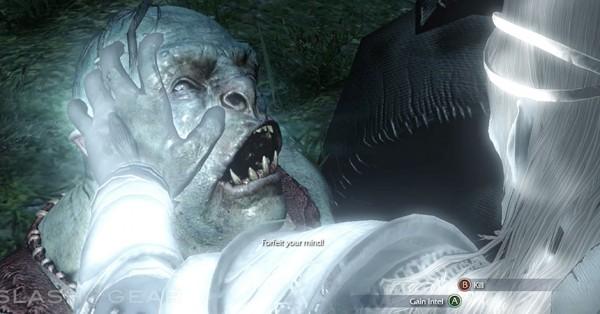 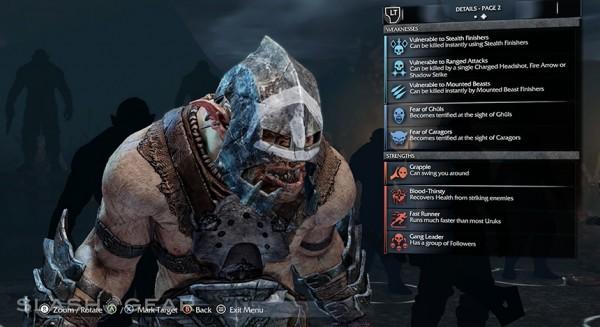 Compare this game’s combat to Arkham Knight, its story to Lord of the Rings: Two Towers, and its navigation and stealth systems to Assassin’s Creed 2. There’s some Witcher in there too, if you like. 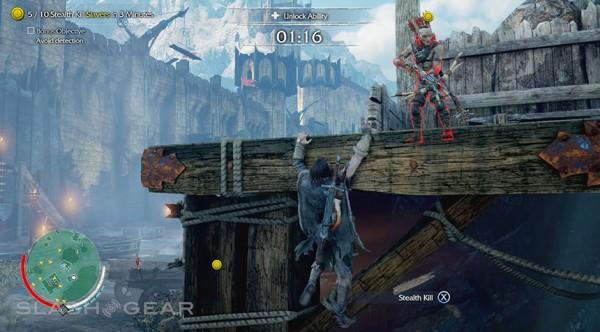 If you like any of those games – or that movie – you’ll enjoy this game. I can’t imagine not enjoying this game if you want to experience a solidly constructed transmutation of the Lord of the Rings and Tolkein’s lore into the gaming plane.

Even if you know nothing about Lord of the Rings, you’ll be able to understand what’s going on in this game. They do an excellent job of opening the door to new Middle Earth fans at the same time as they create depth for the most hardcore of fans.

Gameplay is entertaining and lengthy, the game is spectacular in looks and sound, and replay value is as high as any open world combat game as we’ve ever played. This game is a must-play and a must-see, without a doubt.

Middle Earth: Shadow of Mordor was developed by Monolith in association with WingNut Films and New Line Productions, distributed by Warner Bros. Entertainment, Inc. – everyone together for a good time in the dark realm.

This game will cost you a cool $49.99 USD if you purchase it in its most basic edition. The Premium Edition will cost you $74.99 USD, and that includes the Shadow of Mordor Season pass for future DLC.