Microsoft’s Future Vision has you clawing at the walls

Microsoft is gazing into the crystal ball again, with a new Future Vision concept video for how we’ll “Live, Work, Play” 5-10 years in the future, and you can apparently expect to be bathed in the glow of a million displays. The concept, the product of Microsoft’s freshly-revamped “Envisioning Center”, describes a touch and voice controlled home where media can be swiped, flicked, and generally shifted all over the home; your kitchen can identify the vegetables you’re holding; and every footstool will be equipped with its own Surface.

Concept videos are like catnip to designers and futurologists, who generally can’t resist peering into the future and guesstimating what sort of technology might be around. Microsoft’s vision, at least, seems pretty realistic: the huge touch display walls and projected interfaces are certainly possible – albeit prohibitively expensive for most – and the object recognition and media streaming could also be enabled with today’s gadgetry. 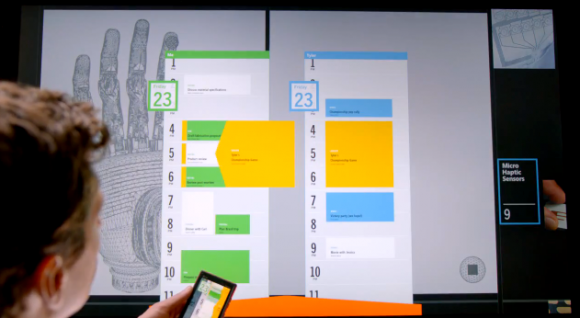 However, we’re still quite a way off from having everything interoperate in the way Microsoft shows. Various companies are showing tablets, phones, and smart TVs that link together for easier media placeshifting, but the systems are still in their infancy, and often only work successfully if every part of your consumer tech line-up comes from the same brand. 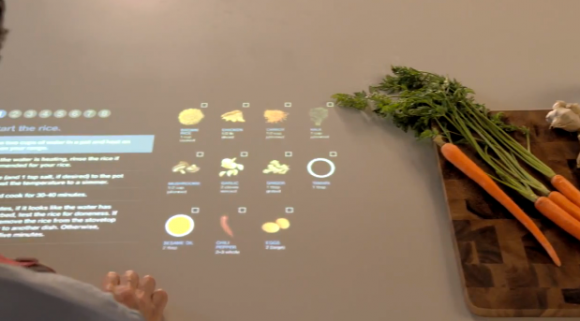 “While none of these ideas are meant to be predictive about our products,” Microsoft’s Steve Clayton says, “they do highlight some of the key trends we’re investing in, such as machine learning and NUI.” Whether the timescale the company has suggested will prove realistic remains to be seen.