Microsoft’s next low-cost notebook computer was leaked today looking like a perfect companion to the Surface Go tablet. That tablet was released with a price that’s been central to its success at $399. That’s by no means “cheap”, but it’s certainly on-point for what’s offered in the device. The same looks to be true of the notebook codenamed “Sparti”, tipped to take on the $500-$600 price range with a 12.5-inch display and the latest in Windows 10 feature power for students.

This new laptop / notebook computer was tipped by sources speaking with Windows Central to pair a 10th-gen Intel Core i5 processor with its 12.5-inch display in a clamshell design. This device likely has 4GB RAM, perfect for said processor, and approximately 64GB internal storage. This set of specifications is most likely aimed at the entry-level iteration of the device.

This version of the Surface notebook experience was tipped to include Windows 10 in S mode. This is not the full, open PC experience you’ve likely experienced on your desktop computer. Instead, it’s a sort of self-contained Microsoft experience that requires users to work with the Microsoft Edge web browser and software from the official Windows app store. It’s not the full desktop experience as you might know it, but it’s designed to be fast, and it’s designed to be secure. In other words: it’s made for work. 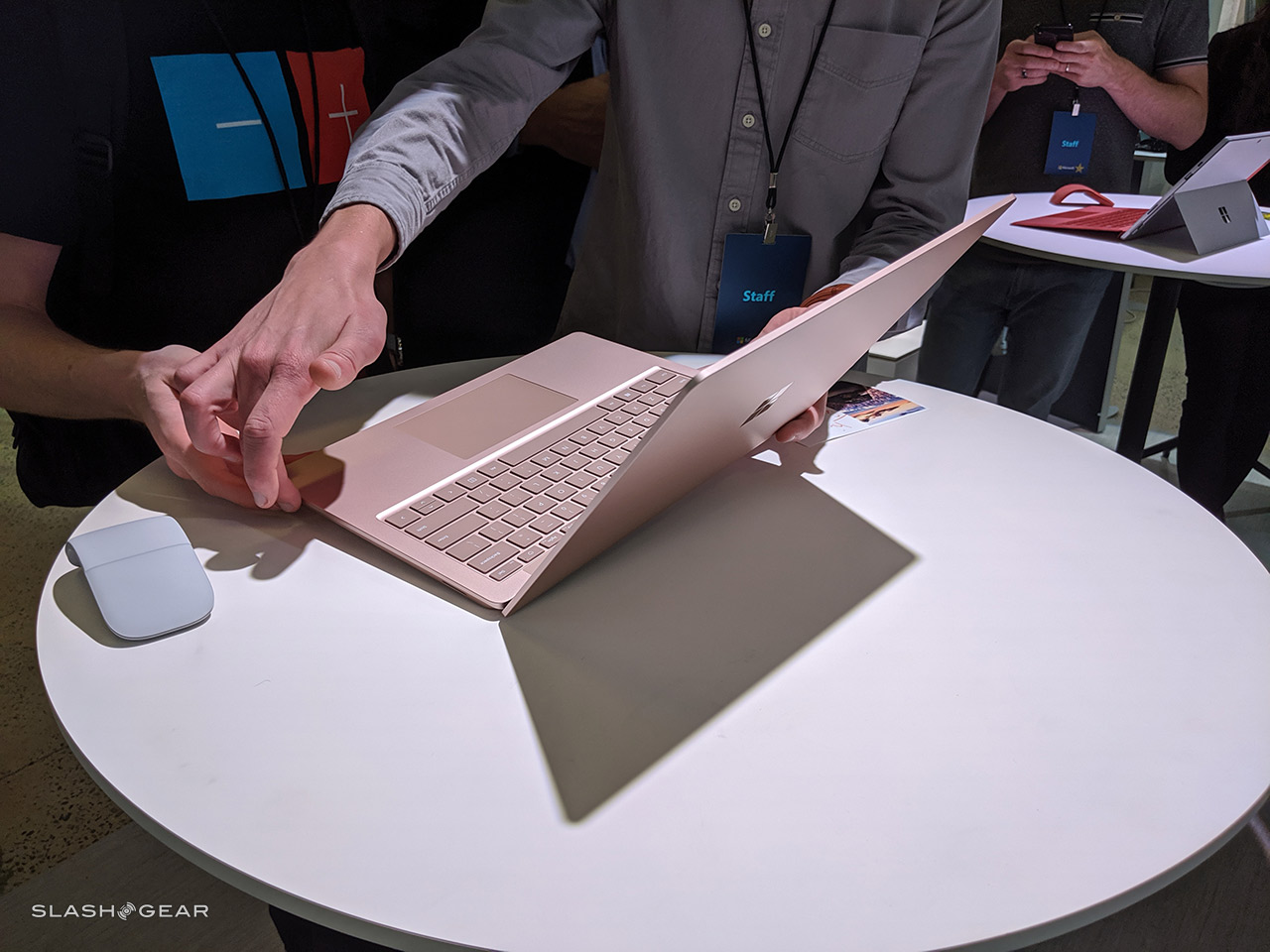 Microsoft Surface Go will likely remain the lowest-price Surface experience. The highest-end Surface experience will still have the word “Pro” in the title. This new Microsoft notebook release may have a “Surface Notebook” name, and it’ll fit right in-between the “Go” and the “Pro” with a price to match.

It’s possible and fairly LIKELY we’ll see this new device revealed in full inside the month of October. There’ll likely be a Microsoft Surface-themed event in October 2020, similar to what we’ve seen in the last few years. It’s unlikely this will be a live in-person event, instead erring on the side of safety with a virtual video feed, social distancing for safety in this new world of global pandemic via COVID-19.