Microsoft’s Surface Pro, the Windows 8 version of the company’s own-brand tablet, will go on sale February 9 in the US and Canada, it’s been confirmed. Priced from $899, Microsoft confirmed back in November, the Surface Pro will come with 64GB of solid-state storage as standard, along with the digital Surface pen; a 128GB version of the Core i5 tablet will be offered for $999.

Both versions of the Surface Pro will use Intel’s Core i5 processor and HD Graphics 4000 GPU; they will have 4GB of dual-channel memory. Up front is a 10.6-inch Clear Type display running at Full HD resolution, 1920 x 1080, and supporting both 10-point multitouch and digital inking thanks to a special stylus. 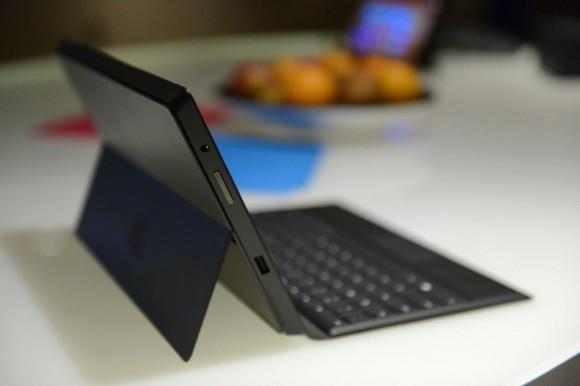 Connectivity includes WiFi a/b/g/n, Bluetooth 4.0, a full-sized USB 3.0 port, microSDXC memory card slot, headset jack, a Mini DisplayPort, and a connector for Microsoft’s magnetically-attached keyboard-covers. There’s also a microphone, stereo speakers, and a pair of 720p webcams, one on the front and another on the back.

The whole thing is wrapped up in the same sort of Vapor Mg casing as the Windows RT-based Surface RT we reviewed last year. That includes a useful pop-out kickstand for desktop use, and the Surface Pro measures in at 10.81 x 6.81 x 0.53 inches and tips the scales at “under 2lbs” according to Microsoft. 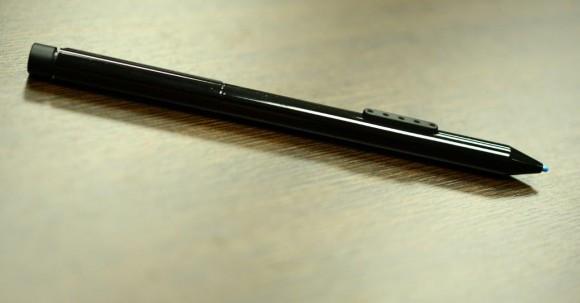 The 42Wh battery is recharged using a special 48W power supply that includes a 5W USB port for rejuicing accessories. Microsoft will be offering Surface Pro through its retail stores and its online store, as well as through Staples and Best Buy in the US.