In the images leaked today, the Microsoft Surface Duo was shown from several angles along with likely accessories and/or in-box peripherals. The Microsoft Surface Duo device is Microsoft’s next big product running Android. It folds up like a notebook, but where a keyboard and touchpad would normally be, this machine has a second display.

The Microsoft Surface Duo is shown in leaked images today in the color white. There’s also a white protective element to the right of the device shown in the image above. That accessory is a protective bumper, of sorts. The rightmost element simply fits around the edge of one side of the Duo.

The other side is a bit thicker, with the same bumper shape and length at the top, but a slightly shorter bumper at the bottom. The shorter element makes way for the USB-C port it’d otherwise cover up.

There’s also a space on the far left, an indent, that’ll make way for the side-mounted fingerprint reader on the Duo. Above the indent you’ll see accommodations for the power button and the volume button. 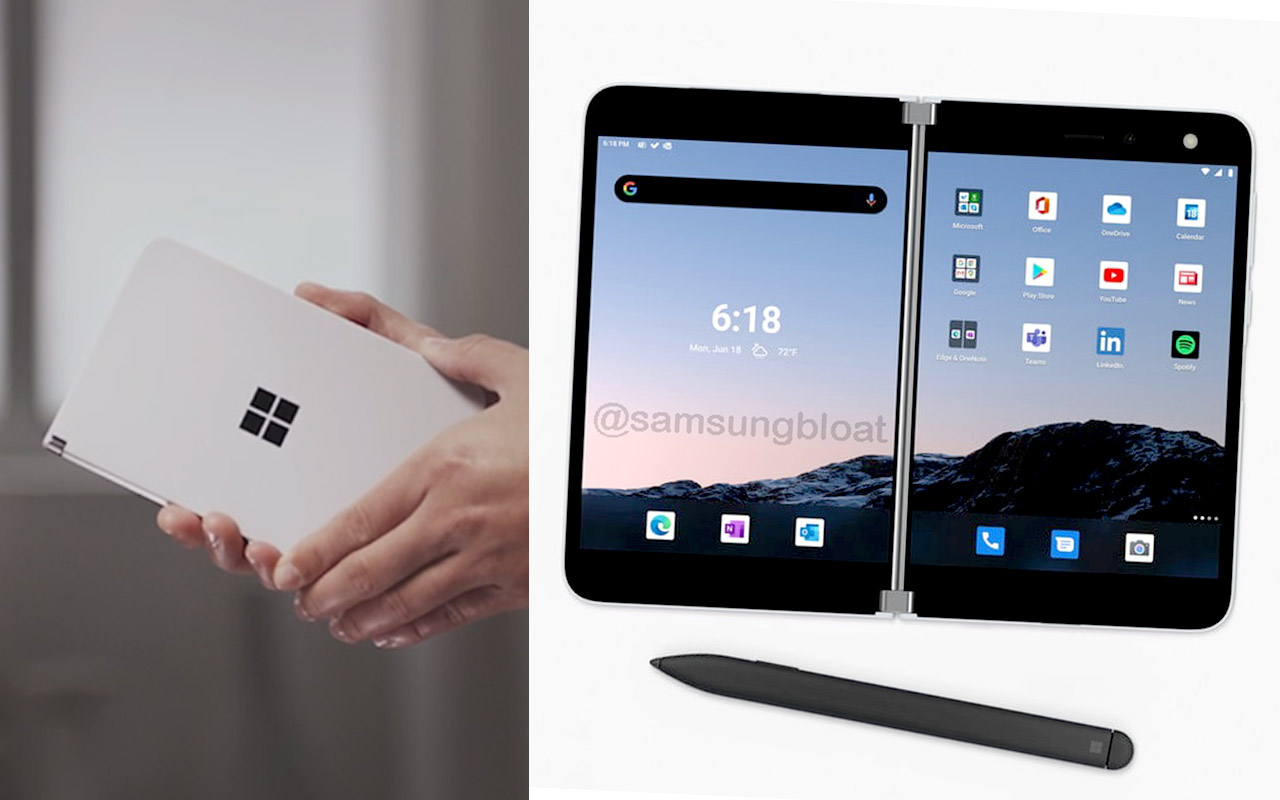 Per the leaker of these images, Panda, aka SamsungBloat, the MVP of this whole setup is the hinge. Two hinges connect the two sides of the Surface Duo, with the ability to hold the displays tight in essentially any position – at any angle. 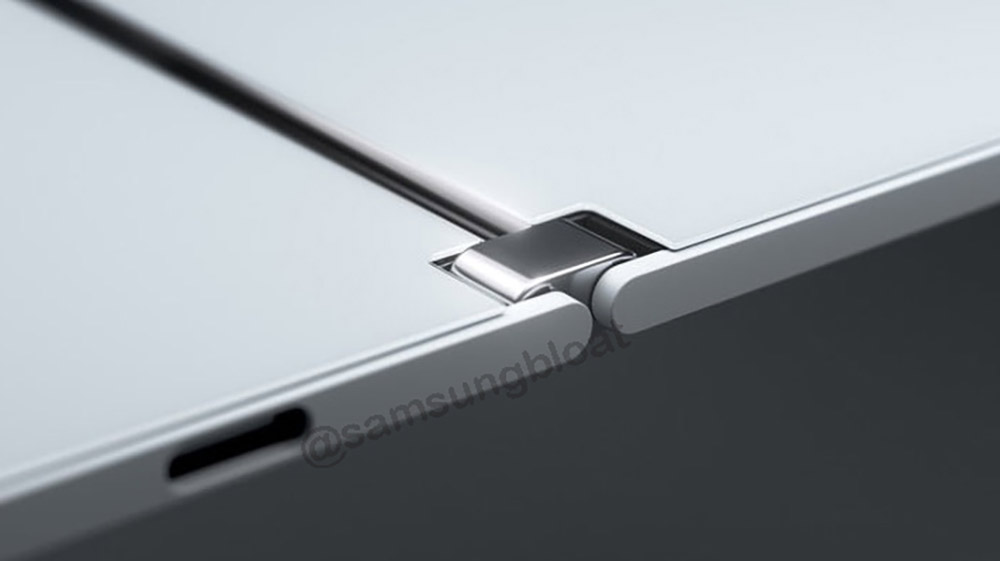 Also included in the leaked images is a simple wall plug for power and a USB-C to USB-C cord for power and/or data. Also shown are the Surface Earbuds as shown back in October of 2019, the same day we first saw the Surface Duo. 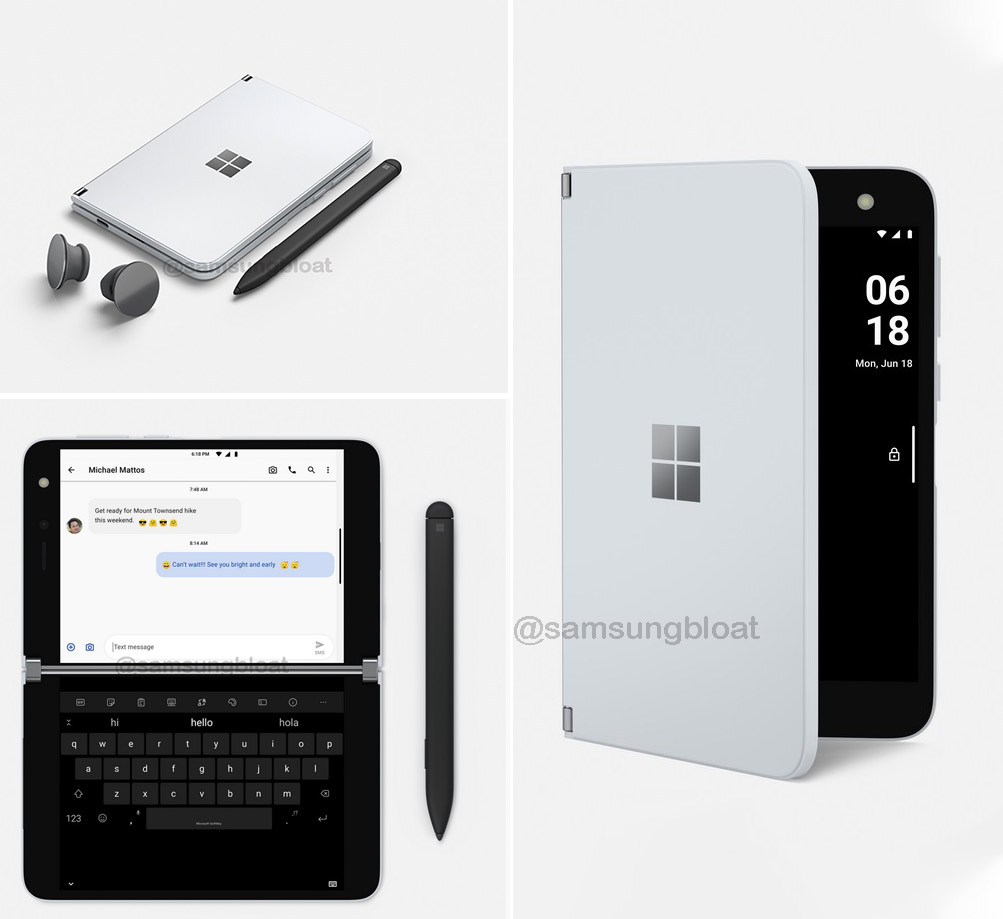 The Surface Duo is pictured alongside a Surface Pen, indicating that we MIGHT be getting said stylus in the package with the new Android device. It would make sense that a new Surface device would have a Surface Pen stylus, but given that the device runs Android, there was a question of compatibility. That question seems to be put to rest right here.

It’s also possible that the Surface Duo with Surface Pen and Surface Earbuds could be a special package that’ll cost slightly more than the basic package. As noted by Panda (the same source as the images shown above), the starting price for the Surface Duo will be around $1400 USD. It’s expected that we’ll see the Surface Duo released for sale inside of August, 2020, but things could change!