Microsoft has given the most detailed look yet into Mango, the newest version of Windows Phone, at its annual show for Web and phone developers, Mix11. Microsoft’s Joe Belfiore also assured us all that the rocky start that Microsoft has had in the phone platform is now behind it, and this new OS will be rolled out without glitches. Read more about the details of Mango after the cut.

The new OS includes the ability to let apps run in the background. Joe Belfiore, corporate vice president of Microsoft’s Windows Phone program management, demonstrated this capability by playing music via Spotify while he used other programs on the phone. Belfiore also demonstrated a new Qantas traveler app, which allows you to pin data about a specific flight to the home screen of the phone. A tile is created which gives details about the flight as departure time approaches, allowing you to check in online and get gate info. It also triggers an alarm that tells you to hurry up and get to the airport. 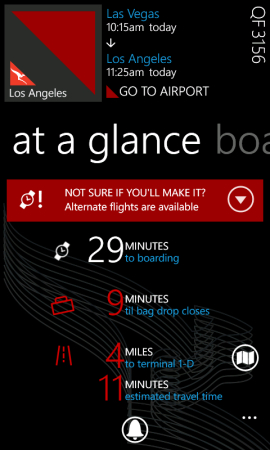 Microsoft plans to build on its efforts to give users “glance and go” information, and make it a lot easier for users to find what they are looking for with Mango. The multitasking capability will allow developers to add capability to the app tiles, so that users can see information even before opening the app. And Mango also offers access to the Windows Phone camera and motion sensor library, so developers have the ability to create programs that incorporate the phone hardware.

Belfiore also explained some of the problems with previous updates, saying that Microsoft did not take into account the software that phone makers add to phones. That software did not coexist well with the updates, temporarily bricking the phones. But all is well now, he says: “We expect that we’re going to get these problems licked and get good at this.” He gave demonstration in which the Windows Phone beat the iPhone 4 and Google’s Nexus S, displaying information more quickly than the other two phones. Of course, this was a Microsoft presentation, so that outcome might have been a bit questionable.

The company also announced that Angry Birds will be available on Windows Phone May 25th.

We shall see how Mango stacks up once it is out in the wild. No release date yet.