There’s no small amount of irony in Microsoft, locked in a fierce battle to claw smartphone market share from Google, buying Nokia and getting a brand new Android handset in the bargain. The Nokia X – in fact the first of a family of Android-based devices – is slipping out to market just ahead of Microsoft’s acquisition closing, but you could be forgiven for assuming axing the X would be the first task on Satya Nadella’s to-do list. The truth may be slightly more unusual, however, and SlashGear sat down with Jussi Nevanlinna, VP of product marketing for Nokia’s Mobile Phones division, to find out why Nokia X might not just survive, but flourish under Microsoft’s care.

Microsoft’s relationship with Android – and its huge success – has always been a tricky one. While Windows Phone is obviously the company’s primary strategy to clinch the mobile segment, lucrative patent licensing deals with a variety of Android-adopting OEMs is believed to potentially bring in billions of dollars each year, as companies like Samsung, HTC, and more pay Microsoft for some of the core technologies at the heart of the software.

Android’s spread is, therefore, of perverse benefit to Microsoft, but the company would undoubtedly rather see Windows Phones in consumers’ pockets instead. On that level, buying up Nokia’s smartphone business – which shifted to Windows Phone wholesale a few years back – makes perfect sense. 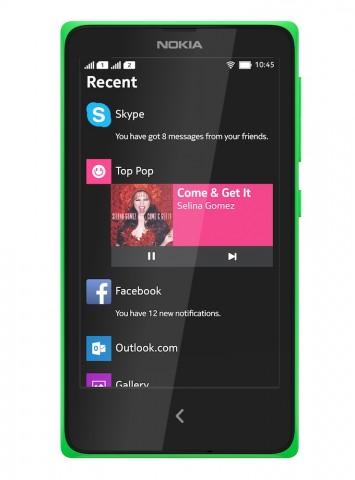 A Nokia Android device, though, takes a little more thought to see the value of, something Microsoft had plenty of time to consider. “They knew what they were buying” Nevanlinna pointed out to us, referring to the due-diligence Microsoft will have performed before making a bid for the Finnish company.

The potential of an €89 smartphone – falling in-between Asha Touch devices at half that price, and entry level Windows Phones like the best-selling Lumia 520 – is what Microsoft came to realize, Nevanlinna argues, especially when you consider the initial target market of “next billion” handset buyers. “They see the value of getting to those customers” he explained to SlashGear, pointing out that, even for all Nokia’s work driving down the price of affordable Lumia phones, €89 is a price point still outside the scope of Windows Phone today.

“Where would those customers go otherwise?” he asked, the obvious answer being Android smartphones from other manufacturers like ZTE, Huawei, and similar, all of whom have targeted the entry-level over the past few years.

While Nokia X is being positioned as a “stepping stone” to Lumia, it’s also a potential point of entry to Microsoft’s vision of mobility services, rather than the near-ubiquitous platform created by Google that dominates traditional Android phones. Microsoft wants to connect the next billion smartphone users to its cloud, not Google’s, Nevanlinna says, hence replacing apps like Gmail, Google Maps, and Google Drive with Microsoft and Nokia counterparts like Outlook, HERE Maps, and OneDrive.

Nokia already estimates that, simply by setting Bing as the default search engine on its future entry-level cellphones like the 220, Microsoft could see a fivefold increase in users. That signals loud and clear the potential if the developing market’s first taste of cloud services comes with Microsoft branding, not the Google logo.

Meanwhile, the sheer fact that Nokia and Microsoft will have a device to offer in that part of the range will help, Nevanlinna claims. His team’s research, he told us, found that brand preference for Nokia actually increased when the Nokia X was added to the line-up, no matter what platform it ran. 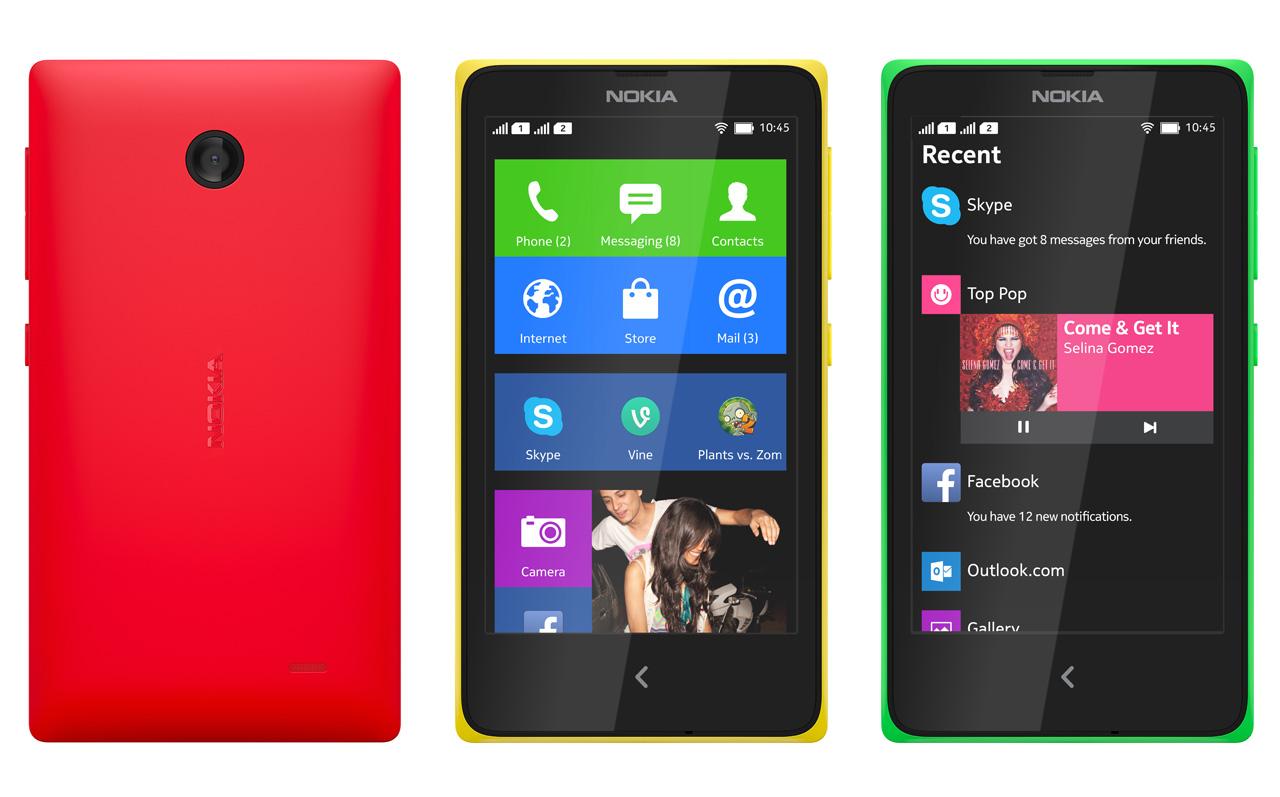 Whether it’s app store contents or how many people are opting into a new platform, raw numbers have generally carried a lot of weight in the smartphone world. Both Apple and Google love to talk about activations and how many people have upgraded to the latest OS version. Ironically, the Nokia X will probably count toward Google’s running total, something the Mobile Phones team was sanguine about when we put the fact to them.

“A lot of people will count us as activations,” Nevanlinna agreed, “and we’re happy with that.”

By dressing up Android in Windows Phone clothes, new smartphone users will get a taste of mobile in the flavor Microsoft intends it, even if the raw code underneath isn’t the same as on a Lumia. More importantly, the truly sticky parts of the mobility experience – the email address claimed, cloud-worth of files uploaded, and music service adopted and customized – will likely encourage upgraders to look to more of the same when it comes to replacing their Nokia X with something a little more capable.

The idea of an Android phone division operating within Microsoft, and not only that but with the company’s blessing, still seems a little strange. For Nokia and Windows Phone, however, it’s starting to look a whole lot more like plain common sense.