Microsoft is gearing up for a big week of mixed reality announcements and showcases at IFA 2017, but it’s also made a few big reveals ahead of time. Today Microsoft published what could be something of a refresher course to its mixed reality efforts, detailing things like expected pricing (both of mixed reality headset bundles and the PCs that will run them), along with expected content partners and games. Make no mistake, there are certainly some impressive names on that list.

In a new post to the Windows 10 blog, Microsoft technical fellow Alex Kipman walks us through this refresher on Microsoft’s incoming mixed reality platform. Kipman reiterates that Microsoft mixed reality will focus on ease-of-use and affordability, two things that high-end VR units can sometimes lack. With hardware and controller bundles starting at $399 when mixed reality launches later this year, it’ll certainly be less expensive than the HTC VIVE and the Oculus Rift, though after recent price drops for both headsets, that gap won’t be nearly as wide.

We also learn that mixed reality PCs will be split into two distinct groups. The first – named “Windows Mixed Reality PCs” – will consist of “desktops and laptops with integrated graphics” that are capable of running mixed reality applications at 60 frames per second. The second group is “Windows Mixed Reality Ultra PCs.” These will use discrete graphics to bump up frame rate to 90 frames per second. 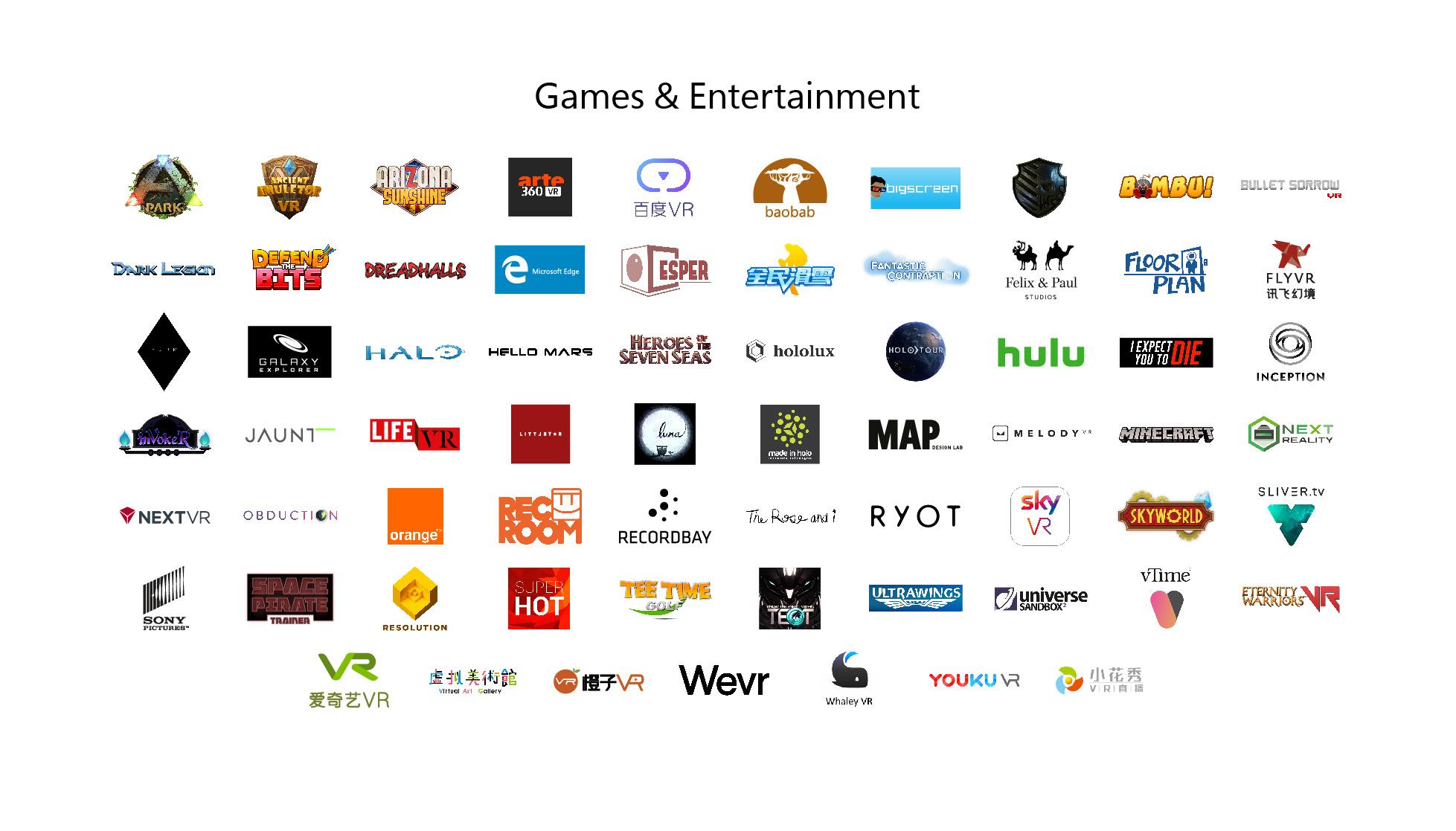 Next up, we come to Microsoft’s content partners. The list, which you can see above, is certainly long, with some partners and games that some of you may have never heard of. We can pick out some more well-known ones from that list, including video games like ARK Park and Universe Sandbox and partners like Sony and Hulu. Perhaps the biggest reveal hiding in this list, however, is that Microsoft has enlisted 343 Industries to make Halo games for mixed reality.

That’s exciting enough on its own, but then we get the reveal that Steam content will be compatible with Microsoft mixed reality as well. Steam already serves as a pretty good place to find VR content, so having this new platform support at least some of that content out of the box will be a big win for consumers. We’ll probably find out more during Microsoft’s time at IFA, so watch out for that.