Microsoft is about to fix Windows laptops’ biggest frustration

The gloves are off with future Windows notebooks, so says Microsoft and their hardware requirements for Windows 10. This month at the WinHEC event in Shenzhen, China, Microsoft said that future touchpads would need to be far more precise than previous Windows machines. Instead of touchpads that far under-perform compared to the top models, future machines will need to have Precision Touchpads right out the gate.

Microsoft is implementing this Precision Touchpads requirement because of Windows 10 gestures, in part. In order to make use of the gestures implemented with the newest versions of Windows 10, a PC needs to be able to sense touches in multiple ways. This just isn’t possible with standard touchpads released over the past decade.

What we’re more excited for is the regularity with which Precision Touchpad technology works. One of my biggest hangups with working with a Windows notebook from most brands over the past few years has been the touchpad. Compared to Apple’s touchpads on MacBooks, touchpads on most notebooks can’t compare. Or at least they weren’t able to compare over the past few years. 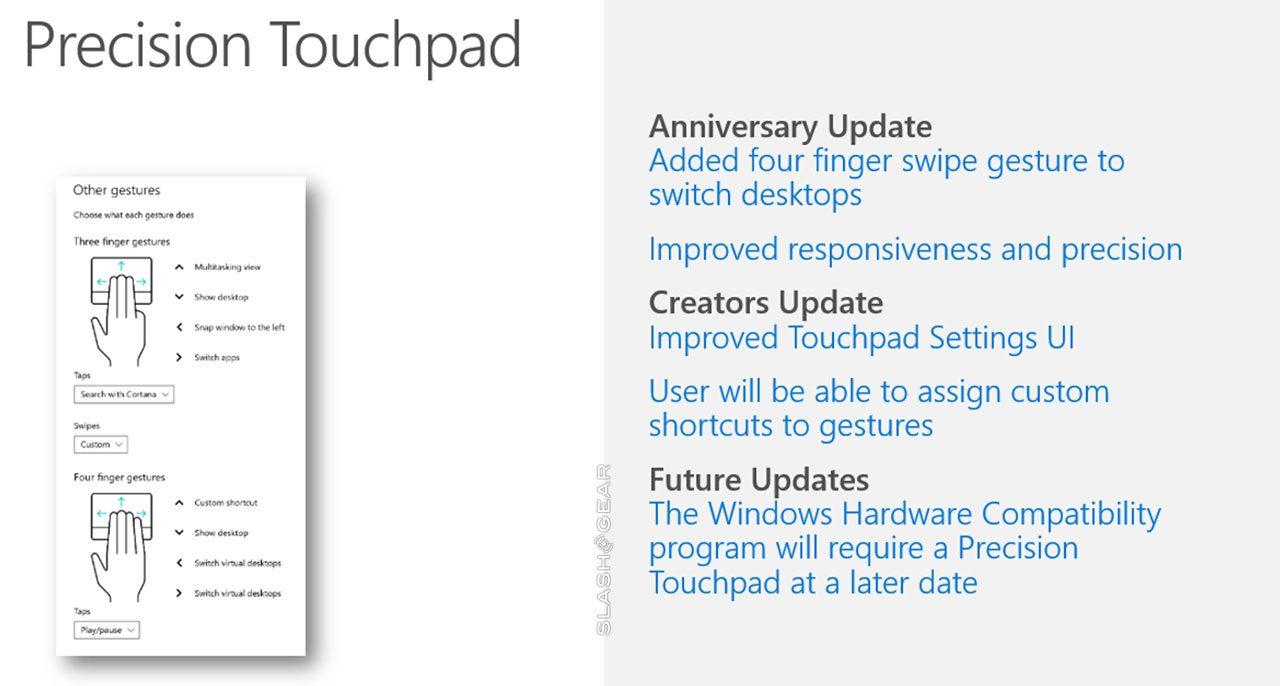 Important to note is that the requirement we’re talking about here isn’t for all Windows notebooks. Instead, it’s for the Windows Hardware Compatibility program – that’s “Built for Windows 10 certification.” The biggest brands in PC hardware want this certification and will comply with Microsoft’s list of requirements to get it.

Both Microsoft’s Surface with Type Cover and Surface Book have Precision Touchpad technology and are star examples of implementation. The Surface Book’s touchpad is one of the finest touchpads we’ve ever tested – right up there with the MacBook Pro. Now we’ll have to see if requiring top-tier hardware for the single most important element on the notebook will turn around the PC hardware market in the near future.