This week at BUILD 2015, Microsoft is running down what may very well be the final hardware for their holographic headset, Microsoft HoloLens. This device, they reiterate and assure us, needs no wires, no external cameras, no smartphones, and no connectivity to a PC. “People used to say computers today can do enough,” said Microsoft’s Alex Kipman, “[but] what are we going to do with all this extra computing power? We are going to start using this power specifically to help us understand humans and the world around us.”

Windows 10 applications will run inside of HoloLens. Inside HoloLens, you’ll be able to run apps just as well as you’d run them on a Windows 10 traditional PC. Just so long as they’ve been optimized for HoloLens, of course.

The device itself looks rather similar to what we saw earlier this year, with an enclosure that wraps around the users year to “provide great weight distribution.” 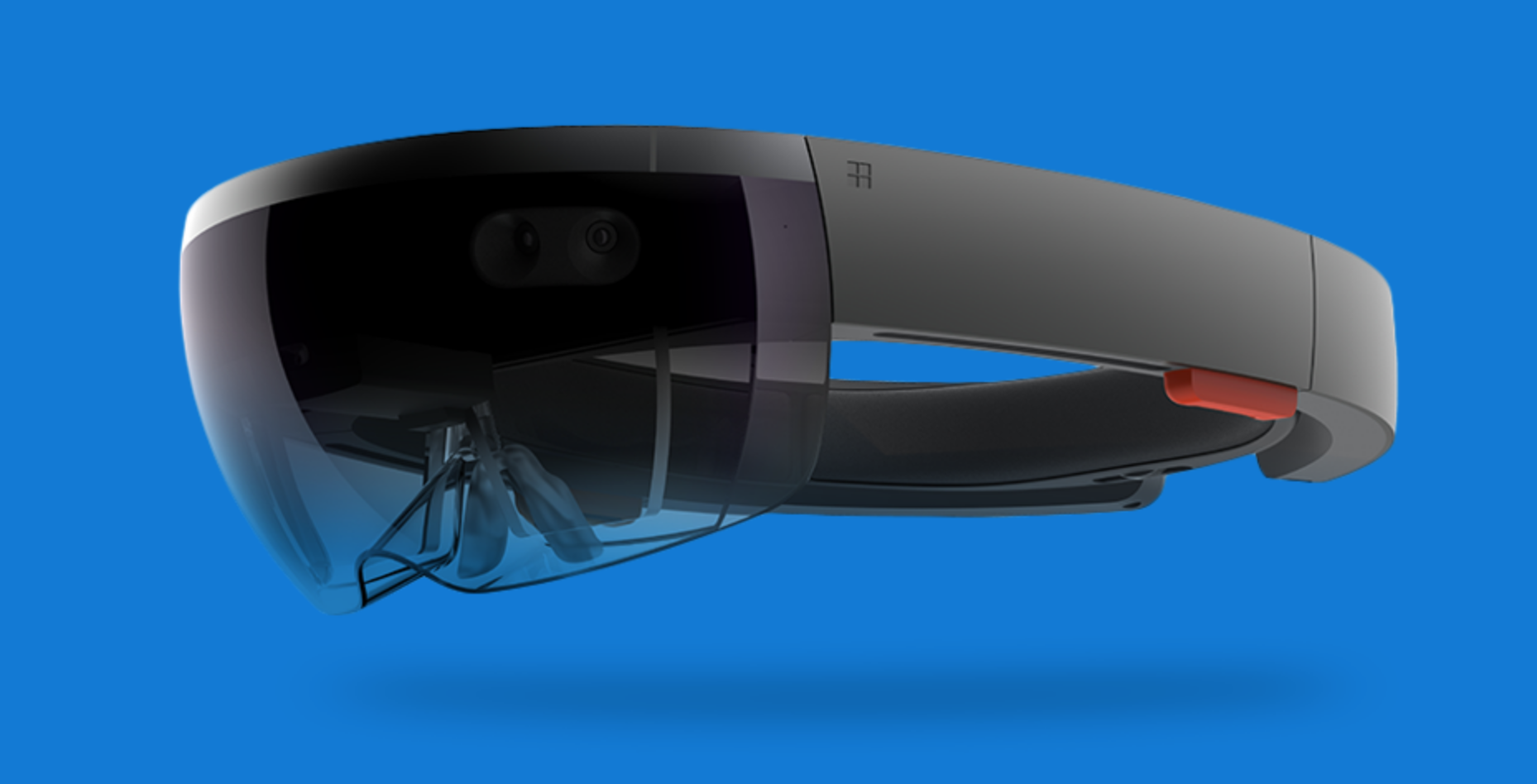 At this time it’s not clear which of Microsoft’s partners are manufacturing the device – or if, indeed, Microsoft will ever differentiate between themselves and whoever builds this device.

Above you’ll see the demo onstage at BUILD 2015.

Meanwhile they’ve revealed a number of partners that they’ll be working with for software in the near future. 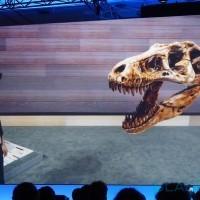 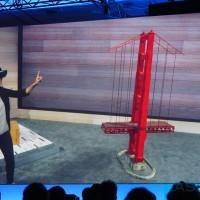 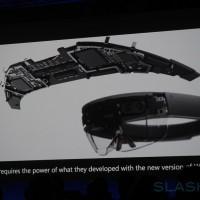 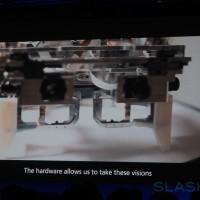 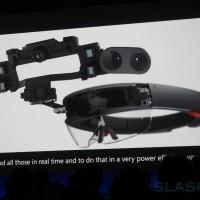 And we’re sure they’ll be showing more soon.

Have a peek at the images we’ve captured so far and stay tuned – we’ll be getting a whole lot closer later today!