Microsoft HoloLens 2 has been revealed, a smaller, more powerful version of the augmented reality headset, complete with a much larger field-of-view. The company also unveiled a new cloud-connected camera, the Azure Kinect, which could power checkout-less stores, production lines, and more.

“When you connect the digital world with the physical world you transform how we work, learn, and play,” Satya Nadella, Microsoft CEO, said today opening the company’s MWC 2019 keynote. The company then went on to announce two new products designed to make that connection more immersive.

It’s been four years since the first HoloLens was launched. Even today, the augmented reality headset is still a striking piece of hardware. A self-contained, wearable computer with transparent displays, it overlays digital graphics on top of the real world, connecting the two in physical space so that wearers can interact with them more naturally. 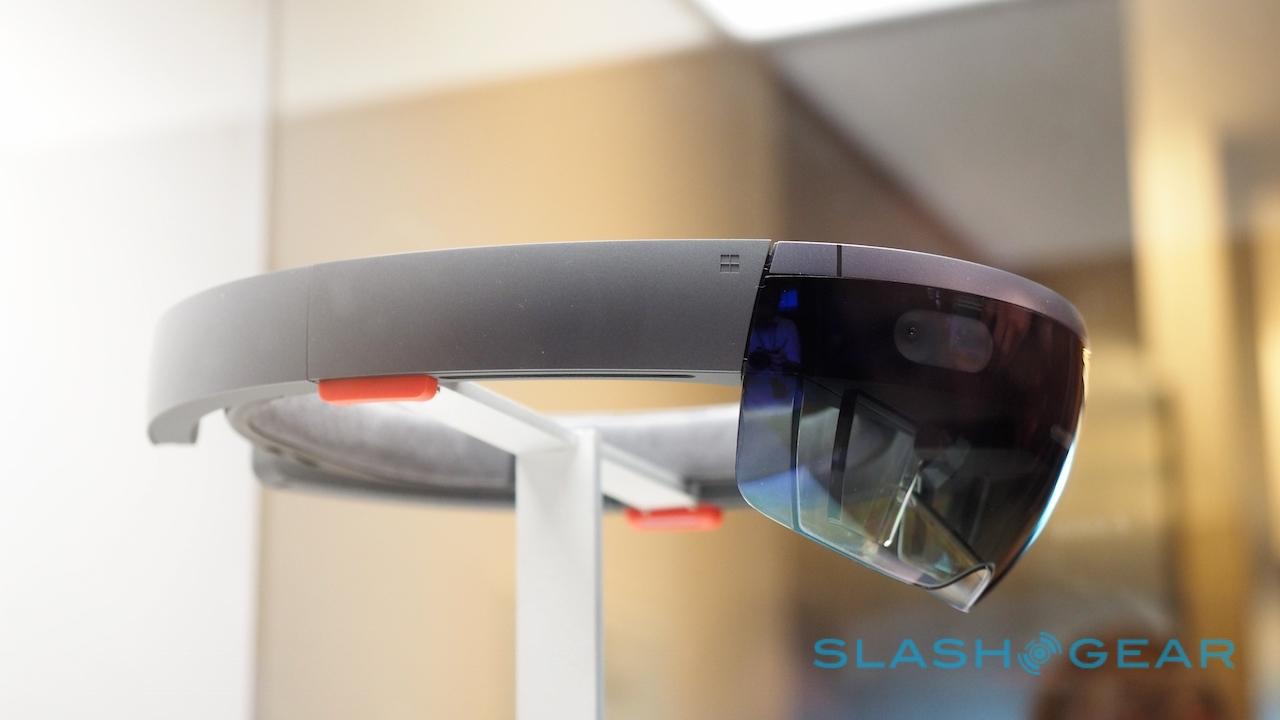 All the same, impressive as HoloLens is, the first-generation hardware wasn’t without its flaws. The size and weight is an obvious drawback, as are the limits of battery life. Most notable, though, is the limited field-of-view of those transparent eyepieces. Turn your head a little, and it’s all too easy to lose sight of the virtual objects.

It’s for those reasons – and more – that Microsoft hasn’t pushed HoloLens for consumers yet. Instead, it has been offering the AR headset for developers and enterprise, focusing on applications like collaborative working, education, and more.

At the same time, though, Microsoft has been working on cloud-based ways to implement new software and features. Azure AI, for instance, can be used to examine a photo and draw smart inferences from it: the location and nature of different objects in the real world. 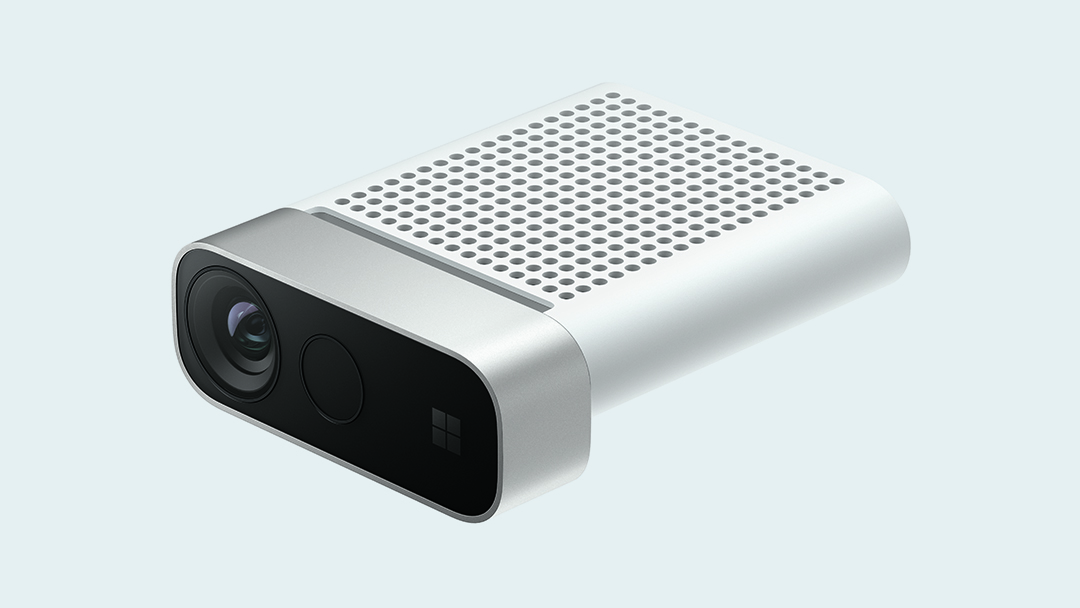 Microsoft is now bringing that artificial intelligence into the real world with a new camera. Azure Kinect is a compact camera that ties Microsoft’s Azure AI and other cloud services into the real world, using a new Kinect motion sensor. 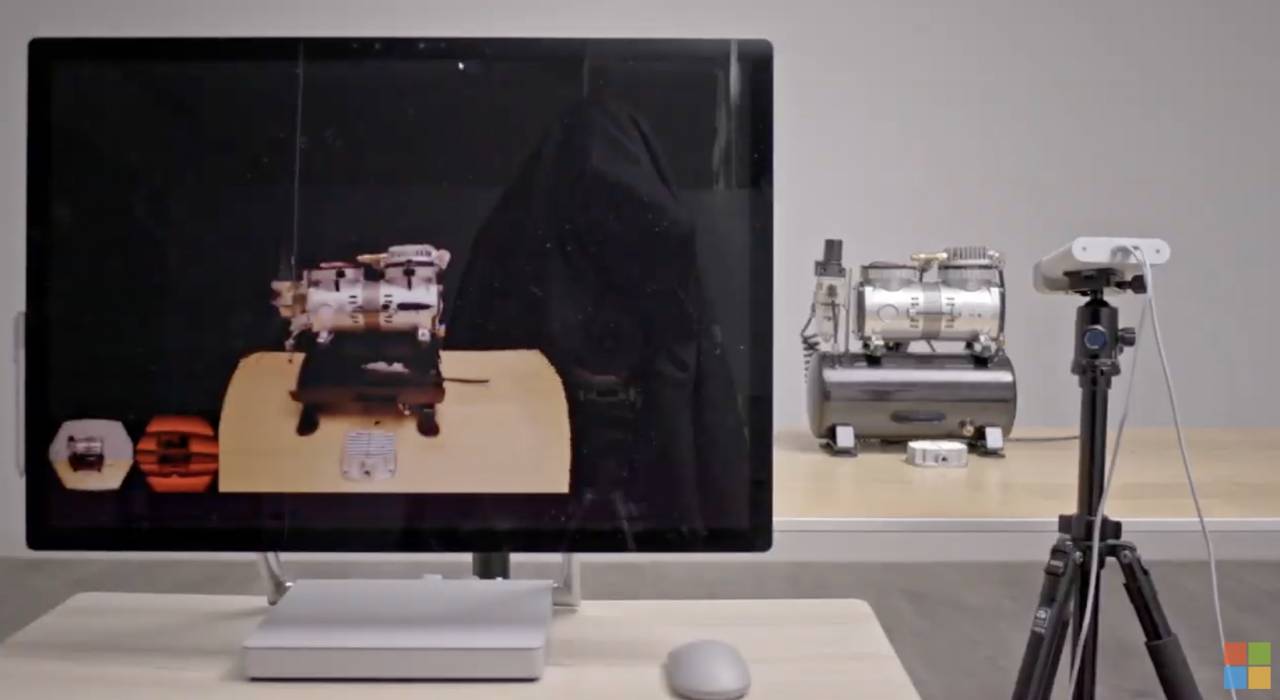 It’s designed to work both standalone and in a group: with multiple Azure Kinect cameras you could have a full surround-view of an object, room, or other space. There are wide and narrow views for the depth sensor, and a seven microphone array. Microsoft is already working with early customers, who have been using Azure Kinect for applications like cashier-free checkouts and in healthcare.

Azure Kinect is available for preorder today. It’s priced at $399.

For the immersion, Microsoft developed its own MEMS displays, with more than twice the field of view of the first-generation headset. In fact, Kipman says, it’s the equivalent of going from 720p to 2K resolution, for each eye. That’s while still keeping the 47 pixels per degree resolution for each eye, too.

Microsoft has added internal cameras as well, for eye-tracking. That allows HoloLens 2 to gage intent: it knows where in the AR scene you’re looking. The same cameras use Windows Hello authentication and iris recognition to automatically sign you in. 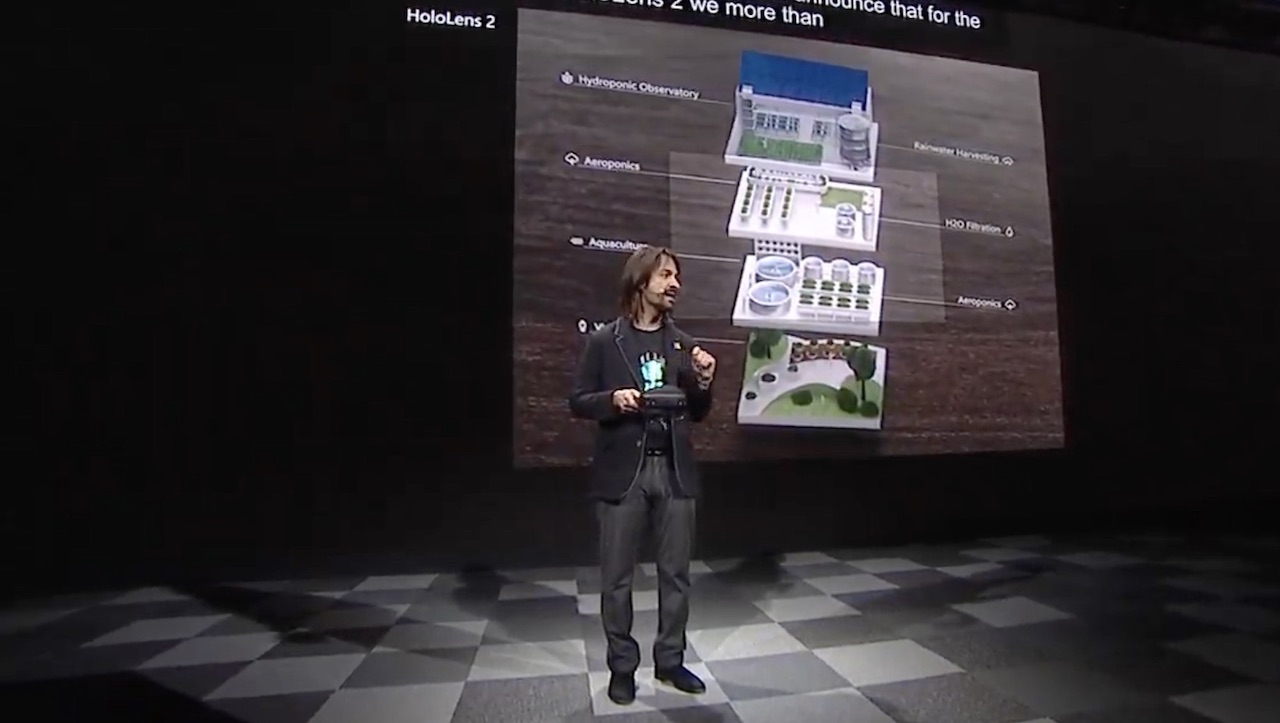 On the comfort side, Kipman says the wearable is now three times more comfortable than before. The smaller MEMS displays mean that the front section can be more compact too, and Microsoft made the whole front enclosure out of carbon fiber. That changes how the weight is distributed, moving the center of gravity back.

Wearing HoloLens 2 and being automatically logged in is just the start. Microsoft is also doing more with interactions with the smaller headset, including fully-articulated hand and finger tracking. That means you can reach out and resize different holograms, grab them, or generally manipulate them. 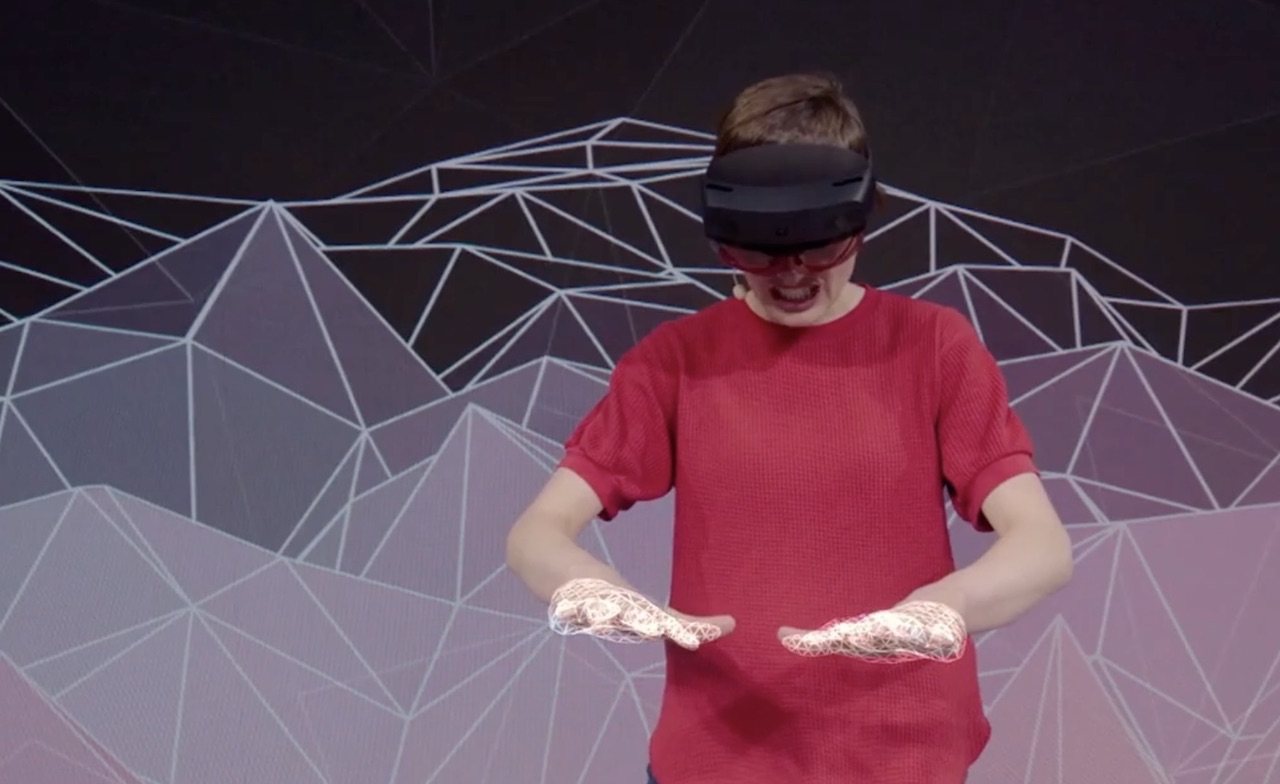 There’s a new “Follow Me” option, which allows users to call out to a holographic window and have it follow the wearer around. New virtual controls have been added, too: sliders you can pinch and drag, buttons that can be triggered with a single finger or a whole hand, or even a piano keyboard that relies on individually tracking all ten fingers. 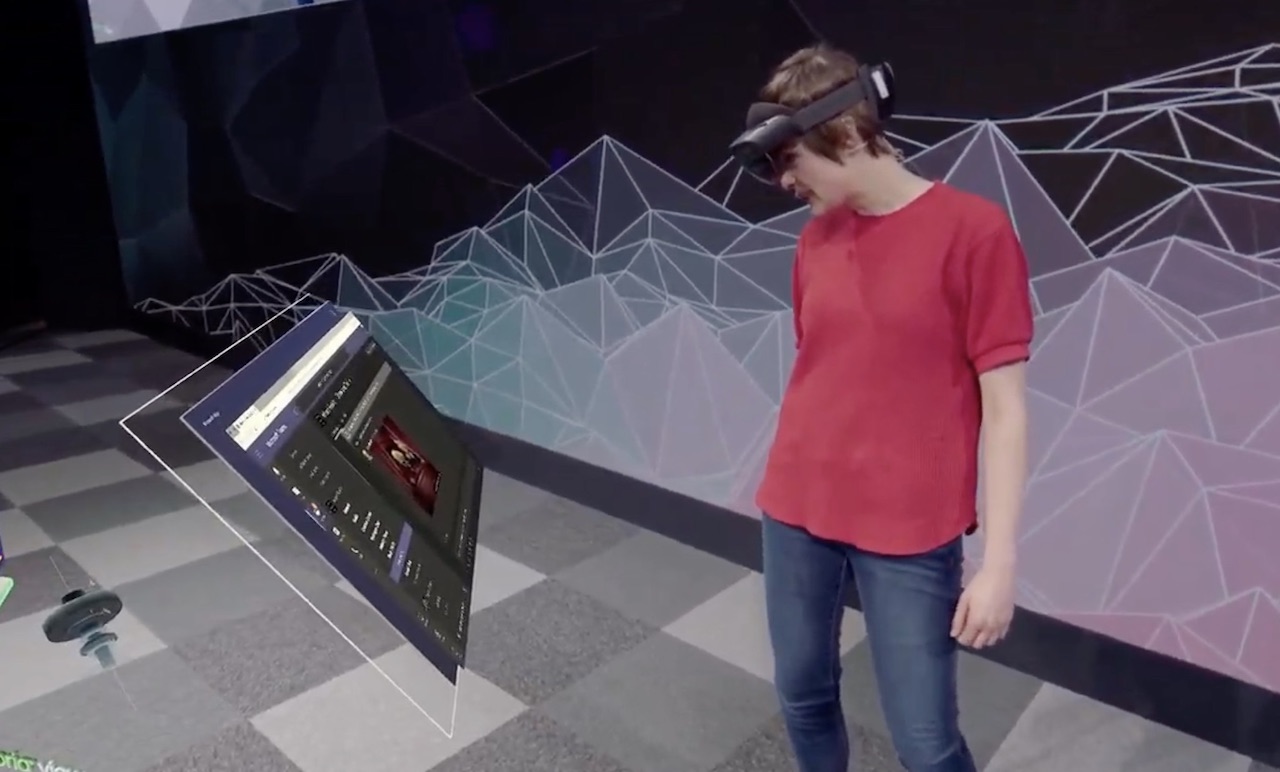 With eye-tracking, though, you might not even need to use your hands. If you want to send a message, for instance, you could just look at the text entry box and then dictate it by voice.

Immediate value out of the box

Microsoft’s third challenge is around getting HoloLens 2 buyers up and running quicker. With that in mind, the company is adding a whole portfolio of services from it and its partners. That will span industries from healthcare through manufacturing to medical, and more. 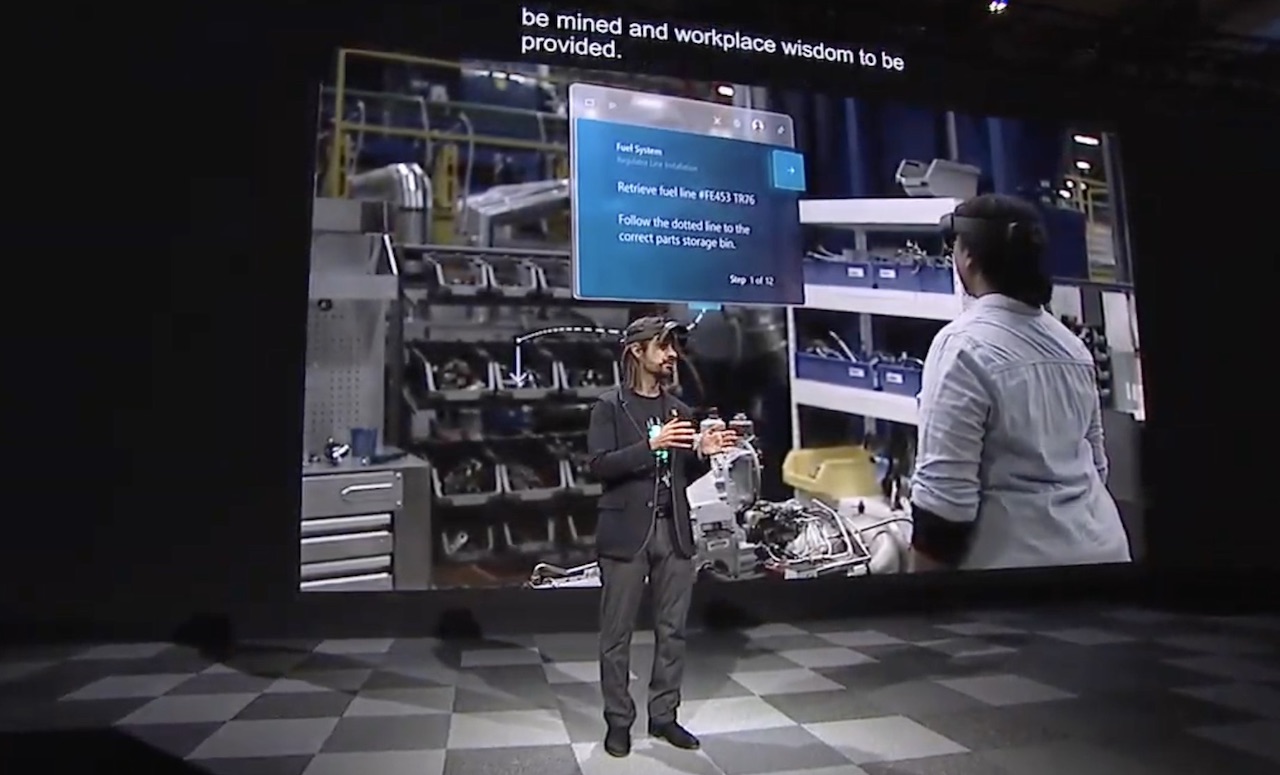 From Microsoft, there’ll also be Dynamics 365 Guides. Expected to become fully available for HoloLens 2 later this year – and available now as a preview for the first-gen headset – it allows for an augmented training guide for wearers. Alaska Airlines, for instance, is using Dynamics 365 Guides to float training documents and more in front of new employees. General Motors, too, is using the system to help new engineers get up to speed with its engines and other components.

Developers, meanwhile, will have the freedom to create their own stores for mixed reality apps, services, and content. There’ll also be an open web browsing model: as well as Microsoft Edge, third-party browsers will also be able to run natively on HoloLens. Firefox will be the first, having already confirmed it will have a HoloLens version. Epic Games’ Tim Sweeney, meanwhile, confirmed that Unreal Engine 4 will support HoloLens 2.

HoloLens was expensive. HoloLens 2 will be less expensive, but it’s still out of reach of everyday consumers. The new AR headset will be released later in 2019, priced at $3,500. 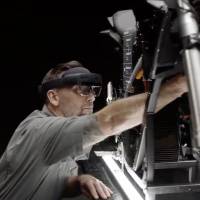 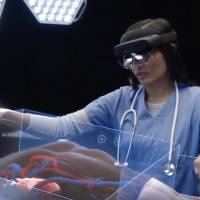 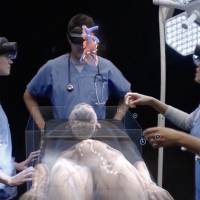 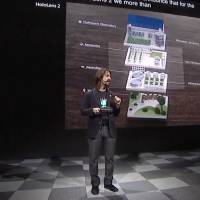 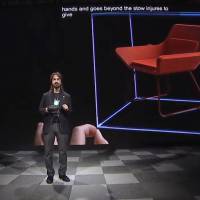 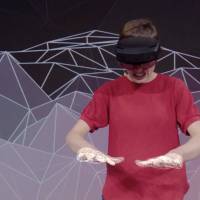 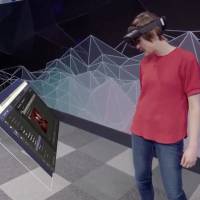 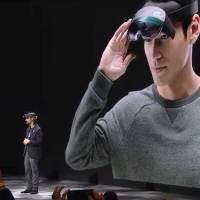 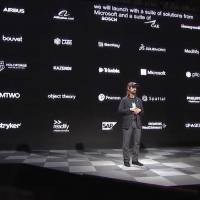 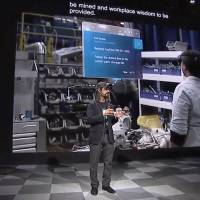