With Forza Motorsport 6, the latest entry in the in-depth racing game series for Xbox, approaching its September release date, Microsoft has just unveiling a limited edition Xbox One console to celebrate not only Forza 6, but the series’ 10th anniversary. Fans of the Forza series, or racing games in general, are going to find a lot of loving attention and detail went into designing this special edition console. Not only does it feature a sports car-inspired design, but it even comes with special sound effects.

The package is available for pre-order now, and Microsoft says it will be released on September 15th, the same day as Forza Motorsport 6. Priced at $399 in the US, the console will come with a 1TB hard drive, along with a digital copy of Forza 6, so right off the bat the system is the same value as the recently announced 1TB Xbox One, not including the game. 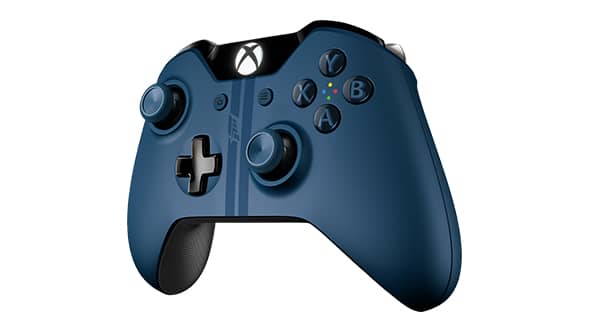 While this new Forza-styled Xbox One has the same specs and functions of the standard console, it’s detailing on the outside that really matters. The system comes in a dark blue color, matching the Ford GT on the cover of Forza 6, along with racing stripes and a Forza 10th anniversary logo.

As for those custom sounds (which you can check out in the video above), turning the console on, off, or pressing the disk eject button will trigger automotive sound effects, such as engine revving up when hitting the power button. The included controller also matches the color and style of the system, as well as featuring rubberized grips in the spirit of a car’s steering-wheel.

Those who pick up the console bundle will also get a code to download a special 10-year anniversary car pack for Forza 6. Microsoft has said the special edition controller will be available individually for $65, exclusively online through the Microsoft Store.