Windows 10 is just around the corner, at least for PCs and tablets. For mobile phones, however, that’s not happening until later. Which means that there’s a window of opportunity for dreaming about the future. And when it comes to divining Microsoft smartphone future, there is no other favorite than a Microsoft made Android device. It sounds dreamy doesn’t it? A smartphone that combines decades of Nokia experience, Microsoft’s enterprise and productivity products, and one of the biggest mobile platforms in the world. But youu know what they say about things that sound too good to be true, and here are some reasons why.

Microsoft is not simply a software shop. It’s a big, hulking, massive enterprise that encompasses so many things that it’s easy to lose count. And to keep all of these together, it needs to exercise deep, complete control. And the only way it can do that is by rolling out and living in its own platform. Sure, Microsoft can, and already does, write apps on Android, but that’s about it. It has very little say with what happens underneath the hood, much less how Android is developed. In fact, very few do. Android is an open source plaform, but bulk of its development happens behind Google’s closed doors. The public is only privy to the code after the fact. OEM partners, of course, have a bit more insight, but in the end, all of them are practically customers of Android.

And yes, Microsoft can pretty much roll out its own version of Android, taken from the Android Open Source Project and tailored to fit its needs. Amazon does that. A few Chinese OEMs do that. Custom ROMs do that too. And even Nokia-Microsoft ventured there, and we all know how that went. And the resources Microsoft would have spent to get that custom Android experience to acceptable levels would have been better spent on Windows 10 Mobile instead.

Google and Microsoft aren’t exactly the best of friends. Remember that Microsoft insists on squeezing out royalties from many OEMs over patents in Android that it claims to own. The two are rivals in many aspects. It is no secret that Google wants its products to replace many of Redmond’s. Some even liken the search giant as the new Microsoft. To adopt Android as its main, or even secondary, smartphone platform wouldn’t just be conceding defeat. It would be business suicide. It would be like Microsoft handing Google a key to its kingdom, especially one very critical part of that empire. 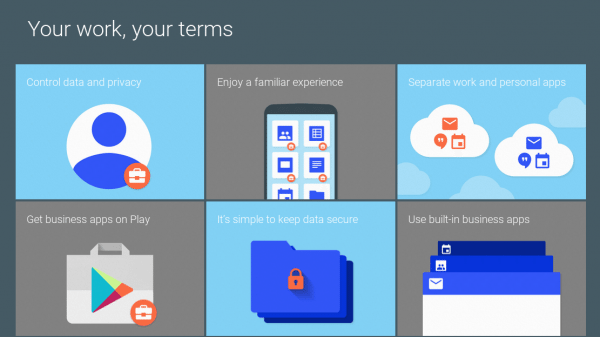 Google’s grasp on the enterprise isn’t as solid yet, evidenced by its renewed push in Google/Chrome/Android for Work. This is one place where Microsoft still reigns supreme, after it has all but abdicated the Office suite throne. An Android smartphone that perfectly bridges the divide between Microsoft’s enterprise products and Google’s products would give Google the advantage to eventually push Microsoft out of the scene.

Microsoft receding somewhat into the background may have made its rivalry with Apple less important, but it has never weakened. In fact, all the glory that Apple now enjoys puts even more pressure on Microsoft to perform. And the one area where Apple is practically contested isn’t in laptops or computers. It’s in mobile, specifically, the iPhone. To some, it might make sense for Microsoft and Google to team up to topple the king, but that would only vindicate Cupertino even more. Imagine it would take two industry giants to take down a single one.

But Microsoft has its own battle to fight with Apple, and again it boils down to Microsoft remaining biggest stronghold: the enterprise. Apple has also made its move to become as relevant to businesses as it is to consumers and education and undoubtedly Microsoft is feeling the pressure. Is it any surprise then, that its latest Lumia ad covers exactly that?

Despite what many believe, because perhaps it is more dramatic, there is still hope for Microsoft. That is, if it can pull this Windows 10 off without a hitch. Microsoft has always been seen the past decades as a slow moving giant, but this isn’t your grandfather’s Microsoft anymore. At least not from an outsider’s point of view. Nadella’s Microsoft isn’t Ballmer’s Microsoft, and the company is showing signs of not only the intent but also the capability to move fast. In this age, agile is key and Microsoft might finally have learned that lesson. It is shedding off excess baggage, showing off new talents, and singing new songs.

Of course, that is the new, hip image that Microsoft is projecting but talk must be backed up by solid action. All of that will be revealed in the coming weeks and months after Windows 10’s release.

So is a Microsoft Android phone coming? Hardly. But that doesn’t mean it’s not possible either. There are those even from Microsoft’s camp, particularly disgruntled Windows Phone users, who probably wished it went that way, but it makes little sense for Microsoft to do so without practically conceding defeat and endangering what is left of its stronghold. Then again, this isn’t the old predictable Microsoft that we knew. Redmond has surprised us time and again, both in good and bad ways, so that remote possibility is still up in the air. It all ultimately depends on Windows 10.

To say that Microsoft’s future depends on Windows 10 isn’t an exaggeration. By proclaiming one OS to rule all its devices, Microsoft is, in effect, putting all its eggs in one basket. And yes, one of those eggs is the smartphone business. Windows 10 will be the ultimate litmus test of whether Microsoft can remain in control for the next ten or even five years. If it fails, there might not even be a Microsoft left to make Android phones at all. 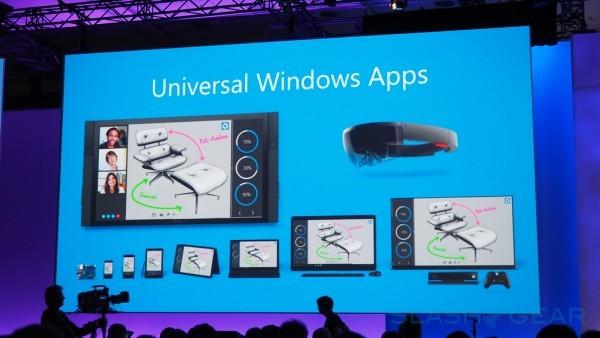