Microsoft has revealed the latest expansion of its cloud services, Microsoft 365, with Personal & Family subscriptions rolling out to all subscribers from April 21. It’ll include features across the Office suite and in a new Teams for Consumer app, with functionality that helps polish up papers, avoid biased language, manage finances and more. Meanwhile there’ll be tools to track teen drivers and control what kids can access online and in apps, along with a leaked password monitoring system keeping an eye on the dark web for stolen credentials.

Office 365 is already familiar to consumers, and platforms like Teams have been increasingly important in recent weeks, as more people need to work from home. Microsoft’s next phase is bringing some of those work features to its consumer audience, in the shape of Microsoft 365. 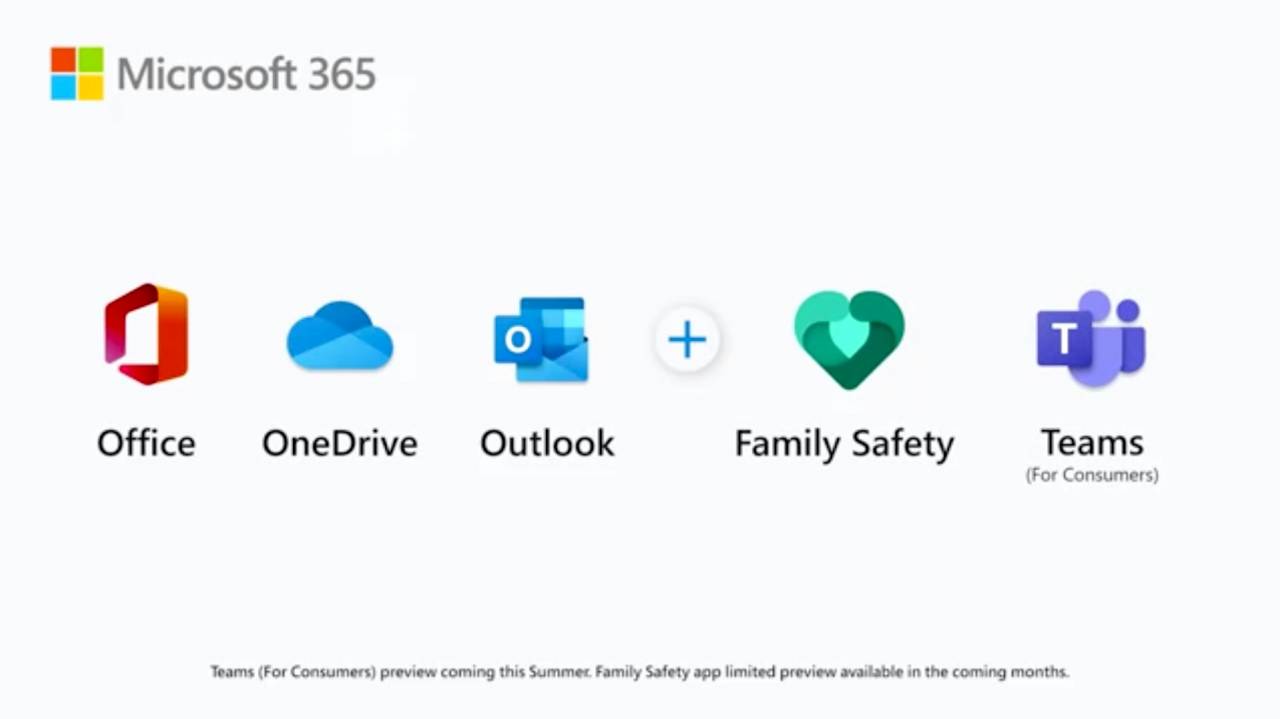 There’ll be integrations in Office, OneDrive, and Outlook, as well as two new products: Family Safety and Teams for Consumers. Microsoft will be including new templates and content, such as looping videos in Presenter. It’ll also unlock things like greater bank integration into Excel for easier managing of finances, tapping straight into current accounts, savings, and credit cards. 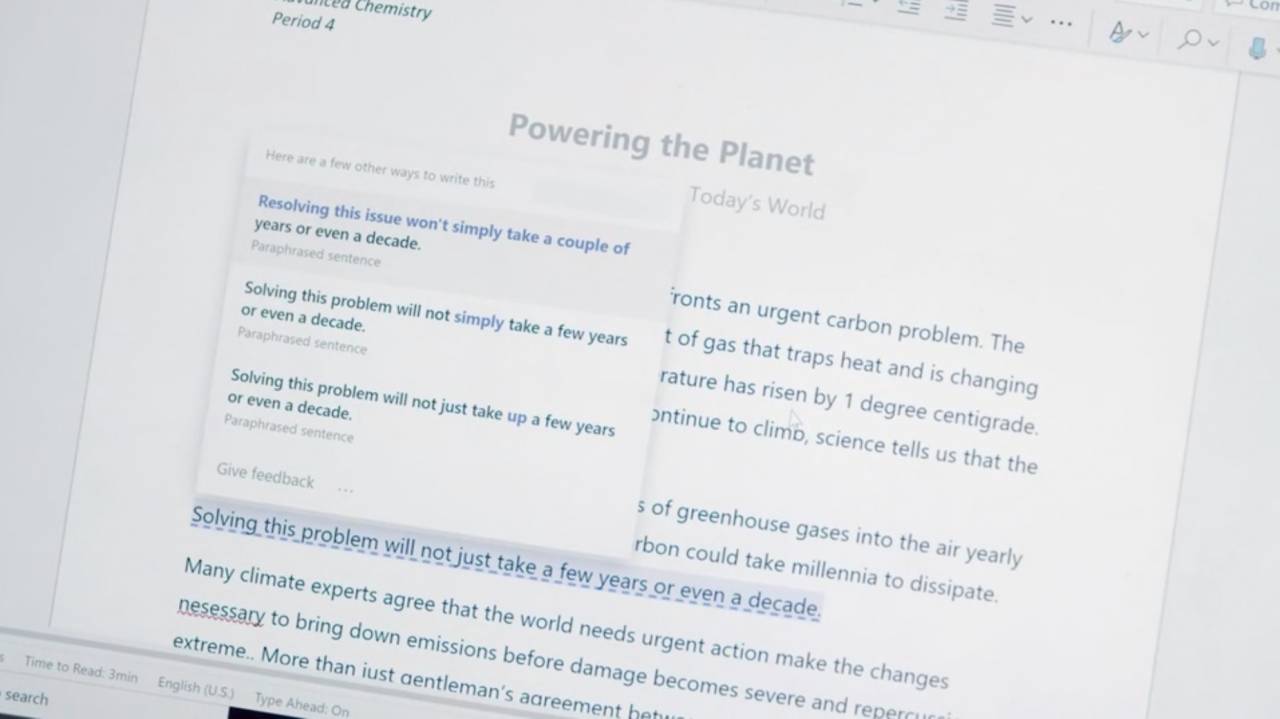 In Word, features that will help with class papers, letters, and presentations will be added. There’ll be rewrite suggestions, for instance, which will flag phrases that could be made clearer or more elegant. It’ll also make inclusiveness suggestions, highlighting biased language – like “gentleman’s agreement” where “unwritten agreement” might be more appropriate – and giving alternatives. Attribution tools will assist with making sure citations are properly made. 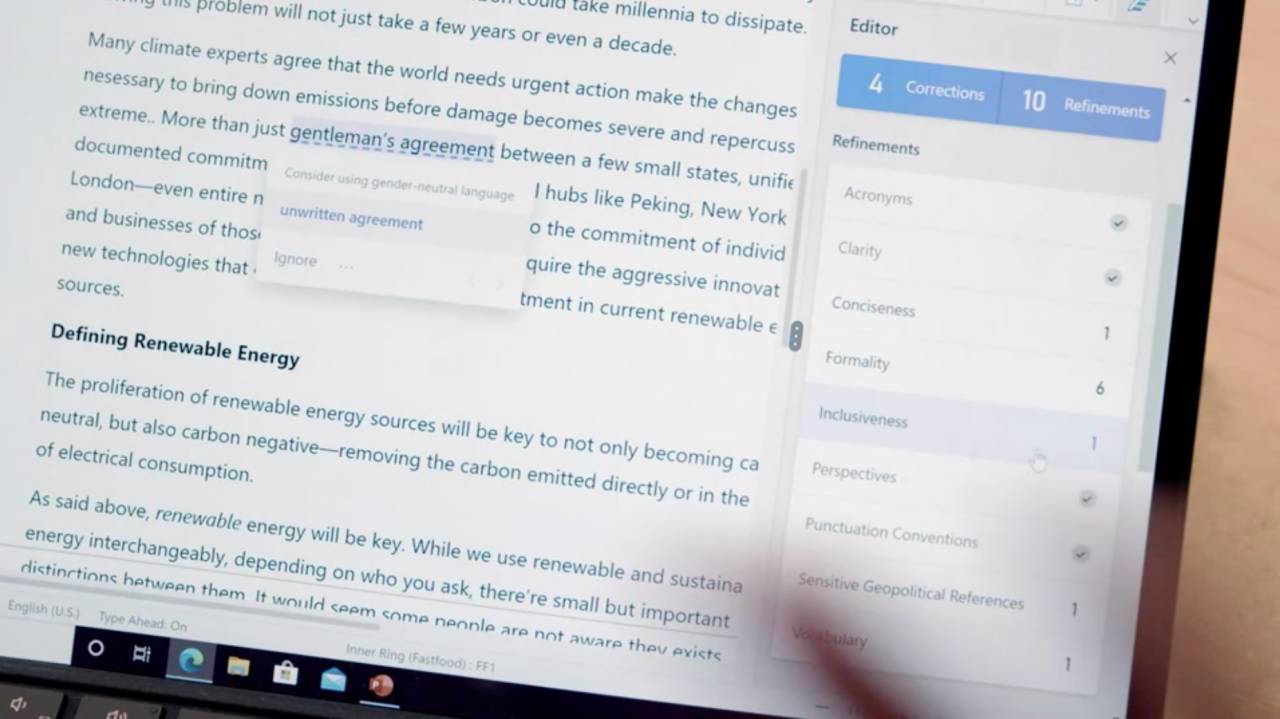 There’ll also be the Microsoft Editor toolbar, which can give those suggestions across the OS, and in 20+ languages. That’ll included in the Presenter tool, which will have 150+ looping videos and updates to the Presenter Coach. That’ll give feedback on things like pace and intonation. 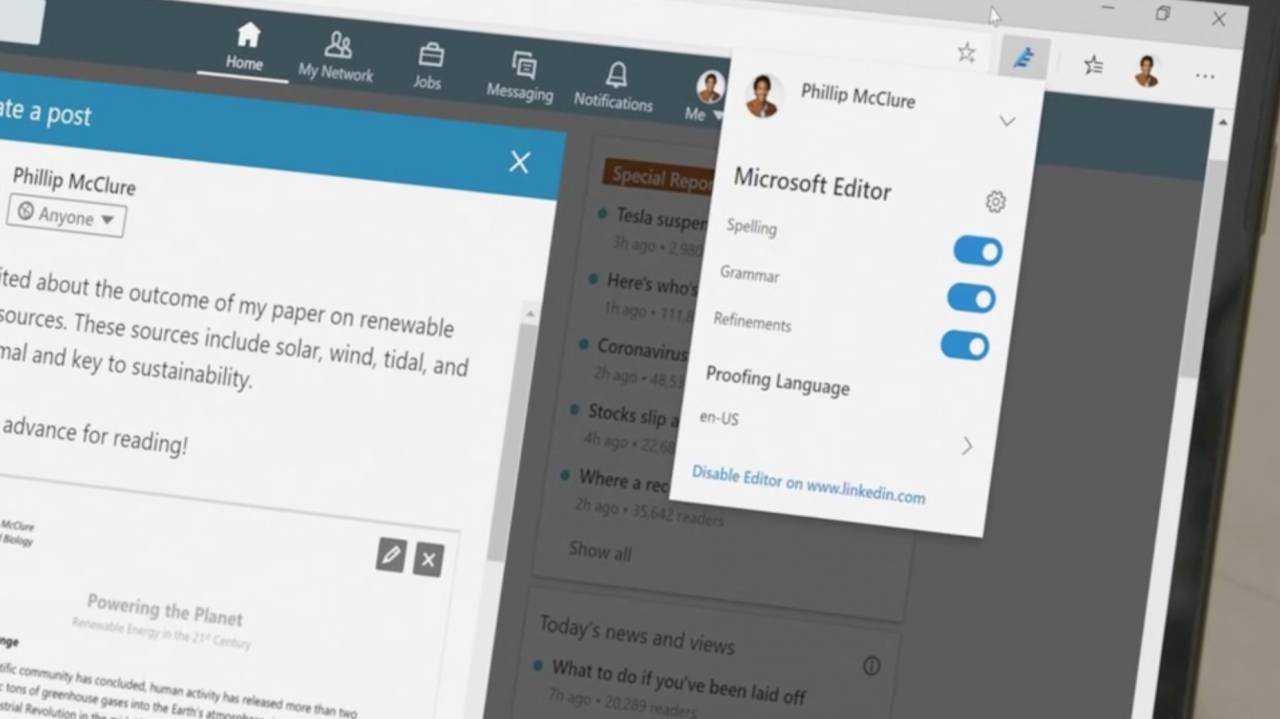 In Excel, there’ll be new templates for managing things like finance. Microsoft 365 will use Plaid to integrate with popular banks and credit card companies, so that Excel can pull in data from all and make one combined sheet to track expenses. 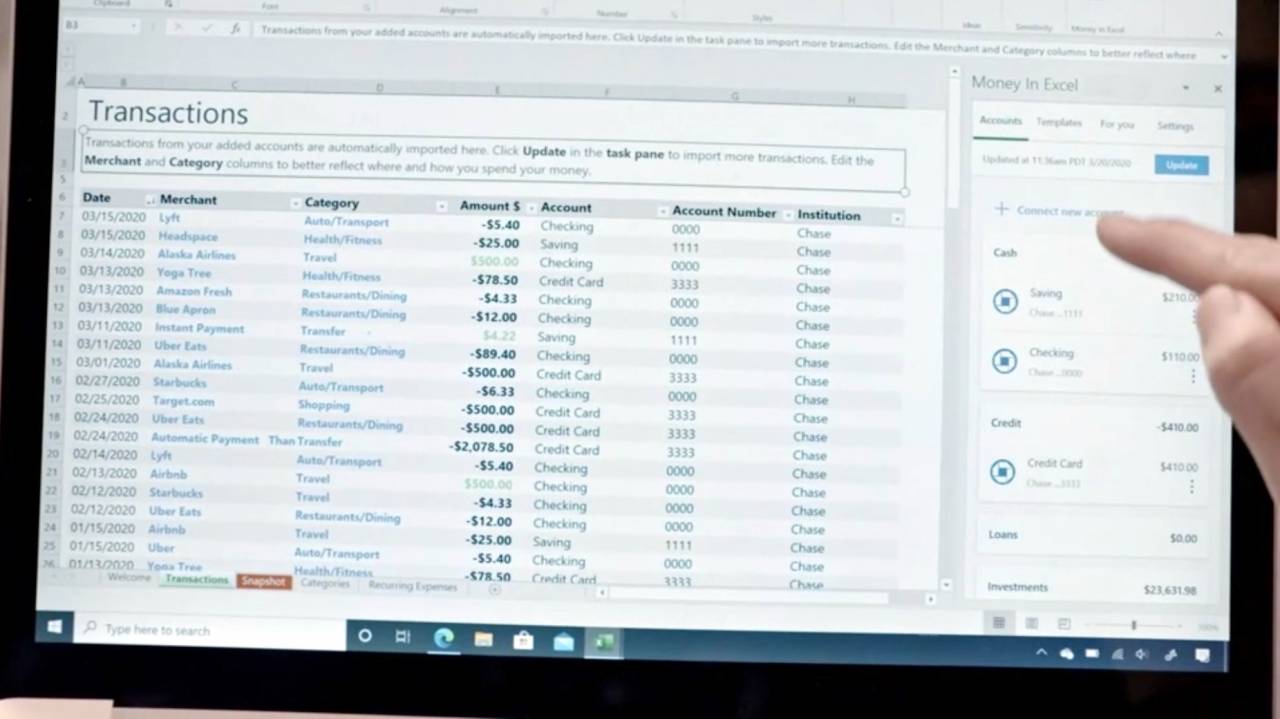 In Outlook, there’ll be support for multiple calendars. If you sign in to a work and a personal calendar, for example, it’ll be possible to set the latter to block out time slots in a work calendar. That way co-workers will be able to see when people aren’t available, though not see the actual details. 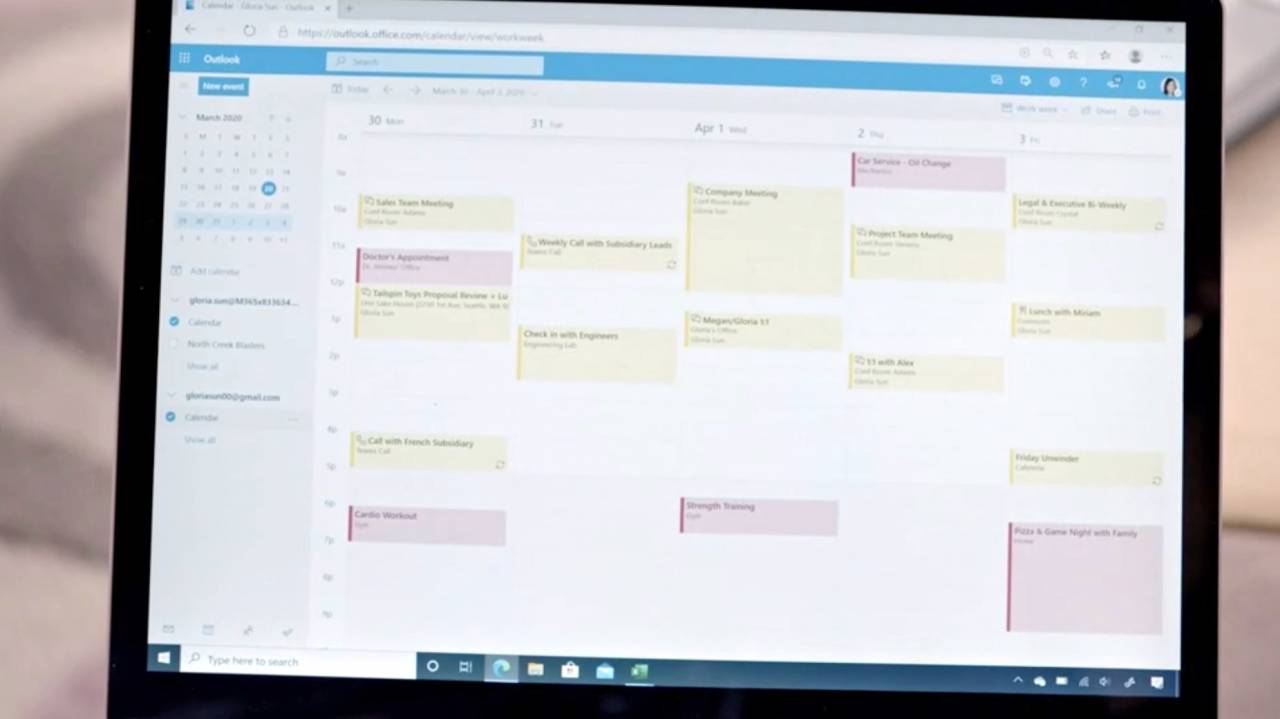 One of the new additions to Microsoft 365 is the new Family Safety app. That’s designed to make controlling family access to the internet and apps more straightforward, as well as track teen drivers. 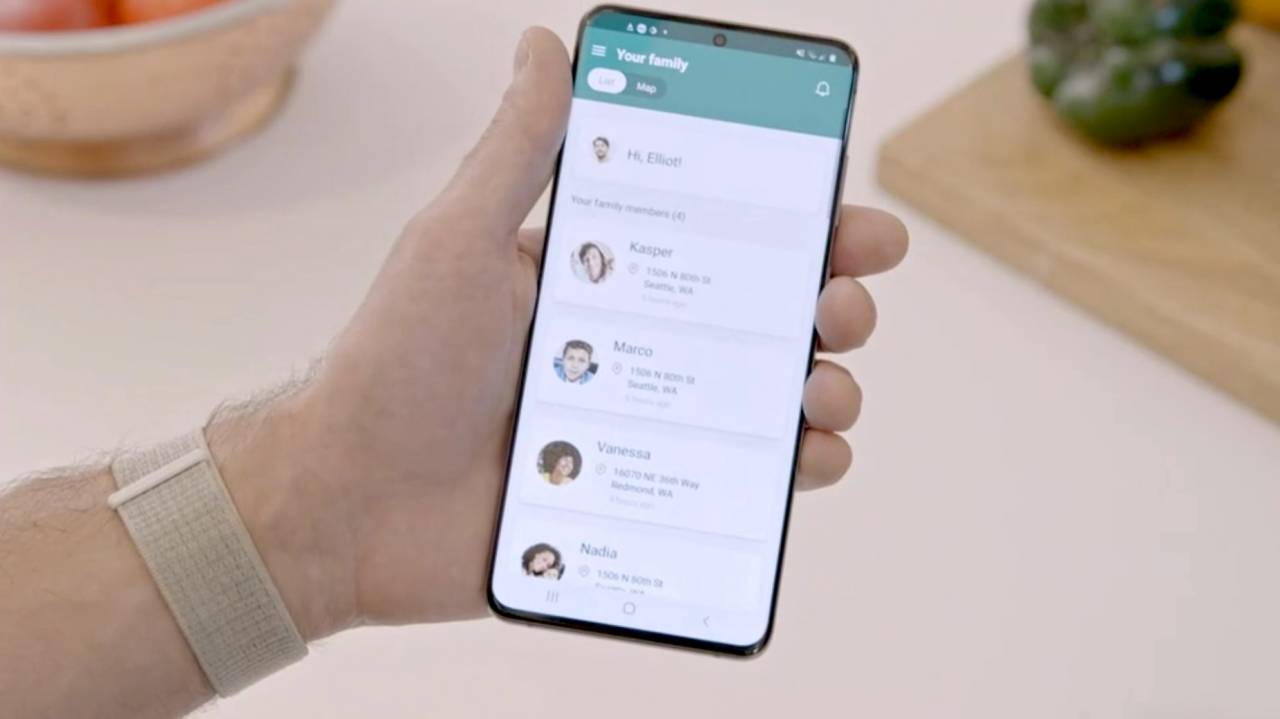 Parents will be able to see a report of their kids’ total screen time, and the time they’ve spent in each app. They’ll also be able to set app limits, including different lengths of time and access settings depending on whether it’s a weekday or a weekend, and content filters. Kids will be able to request more screen time on a per-app basis. 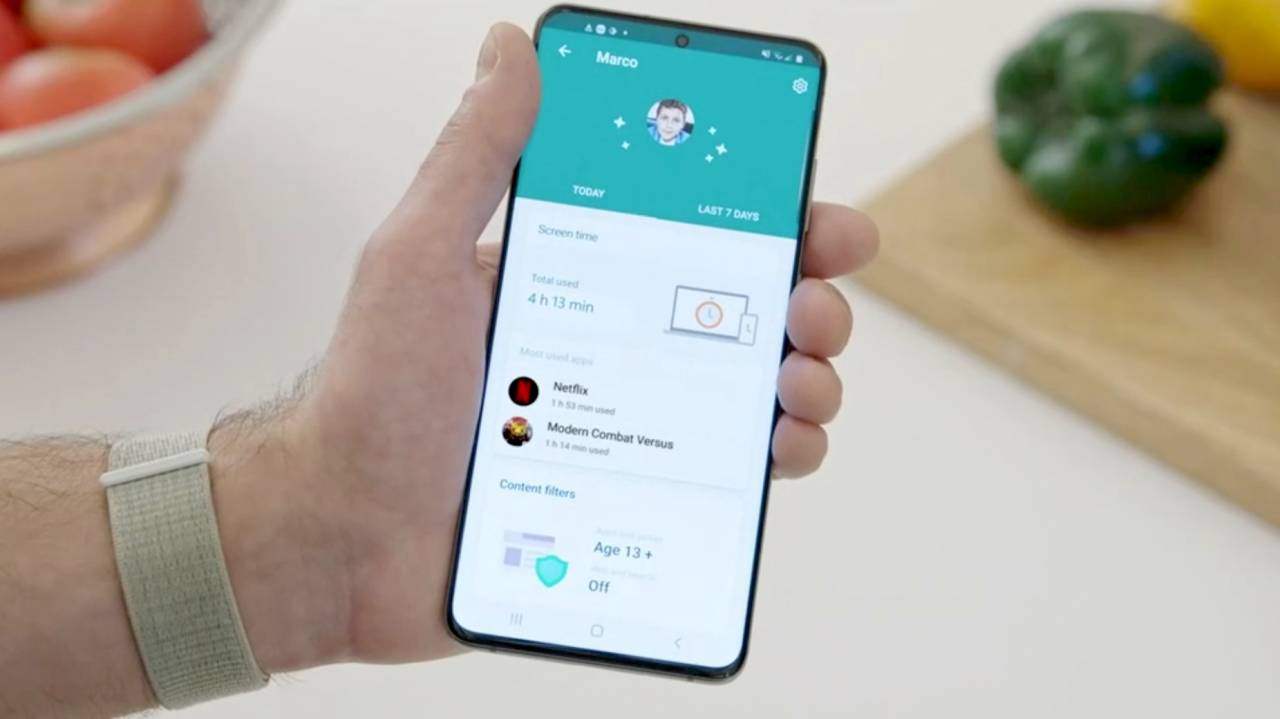 In location, each family member’s position can be seen in the Family Safety app on a map. That will support alerts for movement, so that you’ll be able to get notified if someone leaves the office or school, for example. For teen drivers, there’ll be behavior insights that flag things like how many instances of rapid acceleration or how many times they picked up the phone. 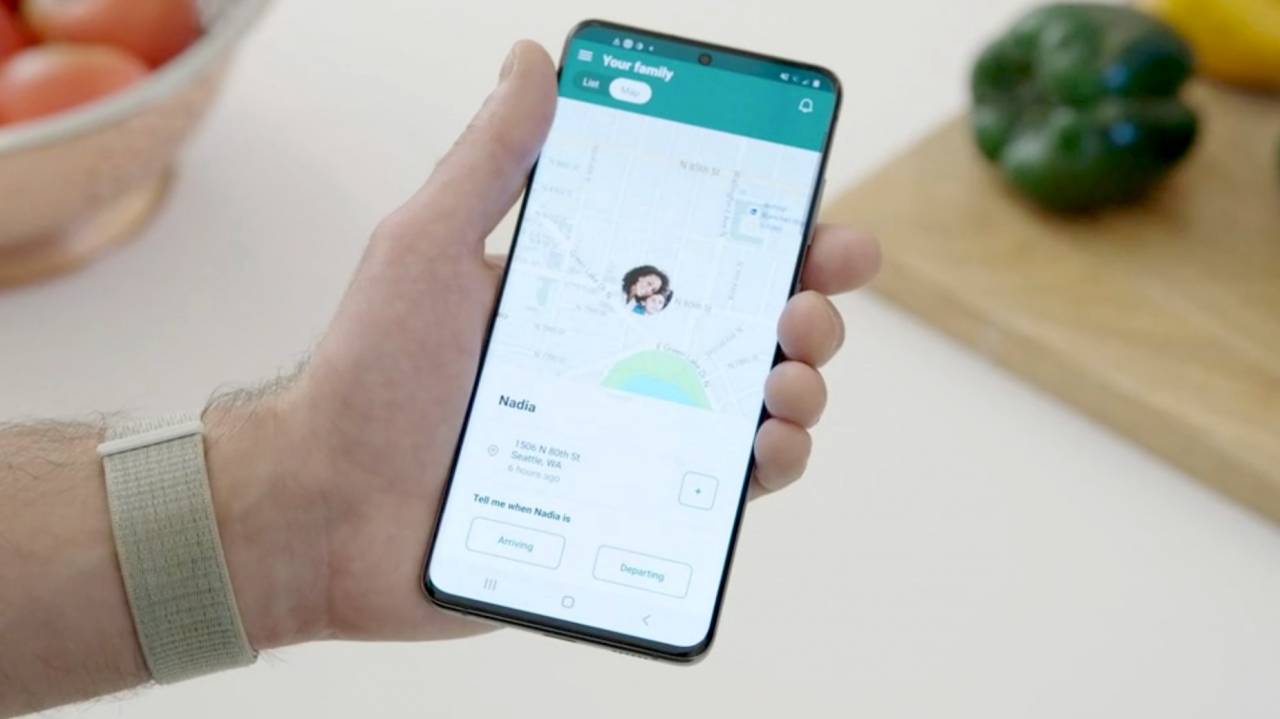 Microsoft says that the same data will be accessible by parents and teen drivers, and that kids will be able to opt-out of sharing. It’s also promising not to share that driving data with insurers. 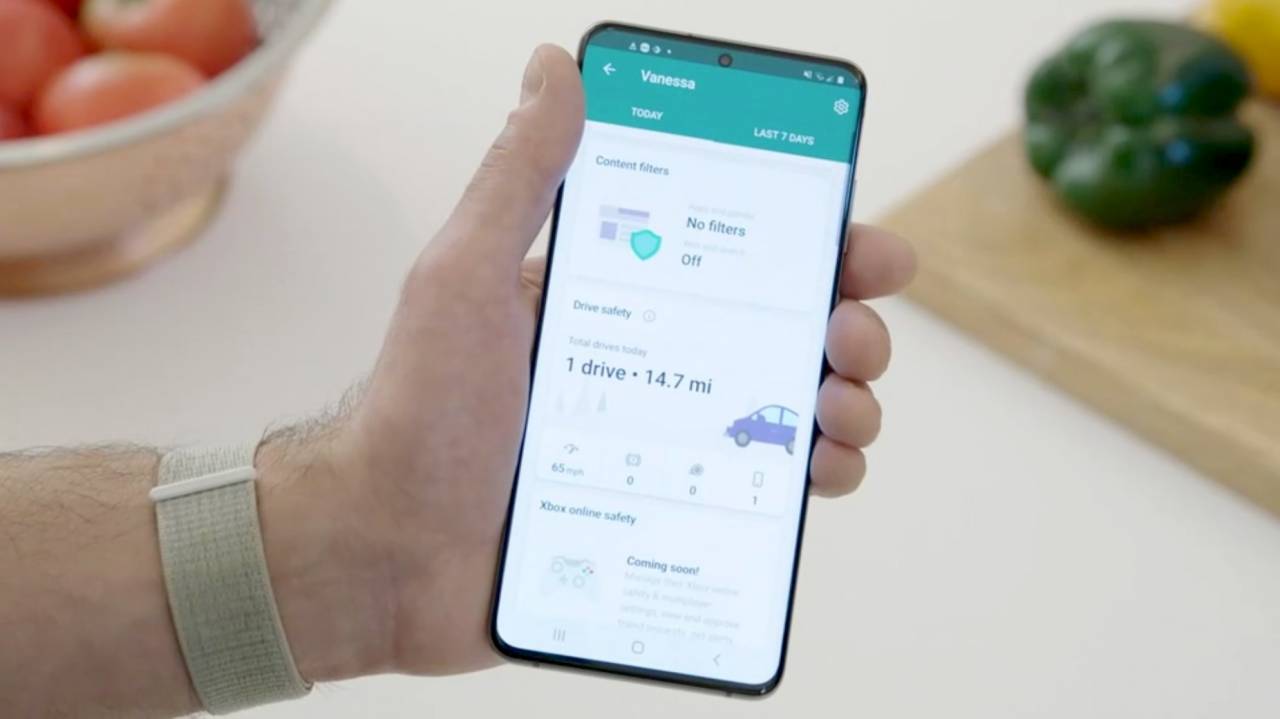 Microsoft Family Safety will be rolling out in a limited test now, with broader access later in the year.

The other big addition is Teams for Consumers. As with the business-focused version, that will be built around messaging and shared files and other content. 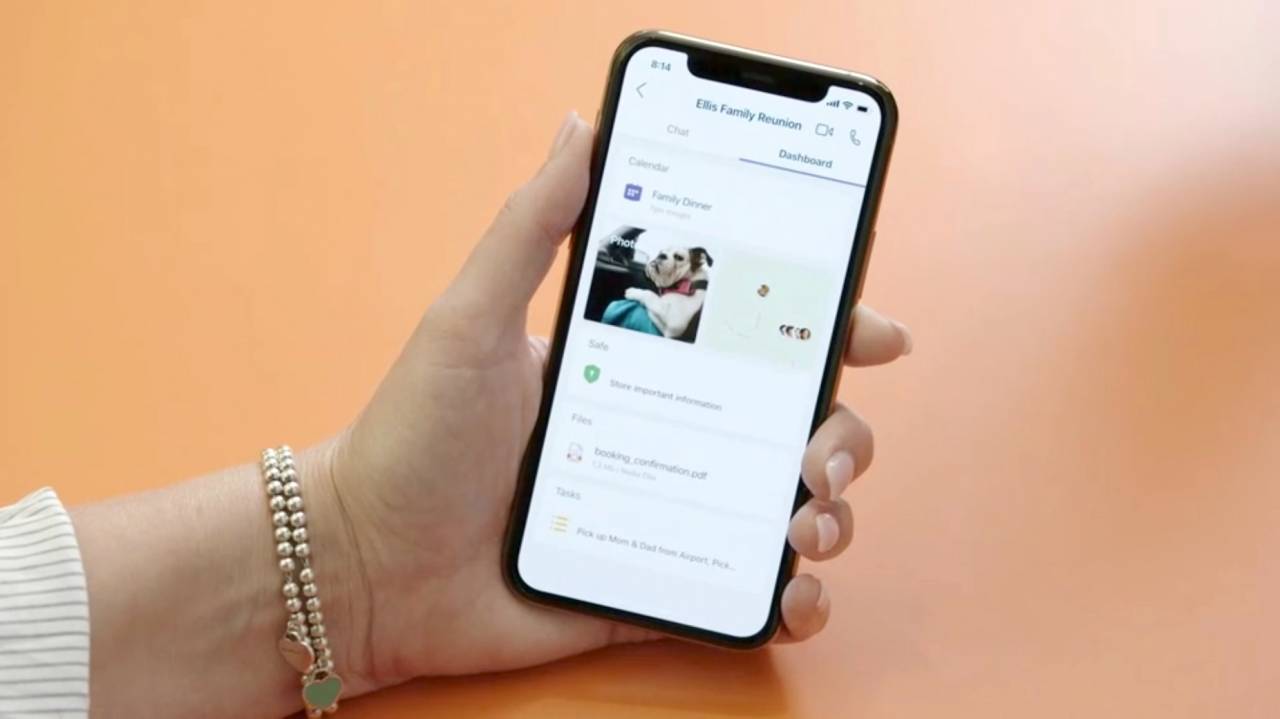 There’ll be chats and a shared calendar, as well as the ability to share items in the Safe – encrypted with 2-factor authentication – with other people in the chat. That way things like loyalty card membership can be easily shared. There’ll be a group task list, with the ability to assign tasks to others. 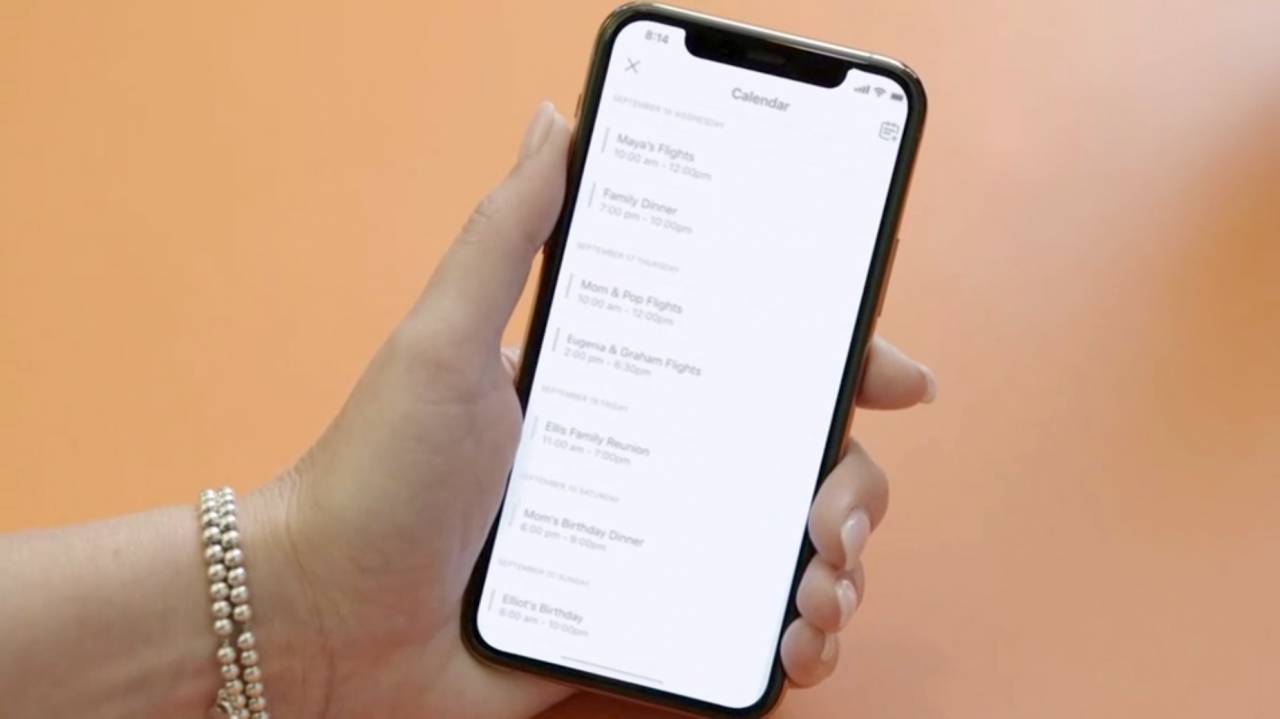 Teams for Consumers will collate all the shared files together into a single view, and it’ll also have a shared photo gallery. If you’ve had a family event, for example, a gallery of the photos everyone took and shared will be automatically created. Geofencing will also be supported, so that you’ll be able to see when people are about to arrive at that event, for example. 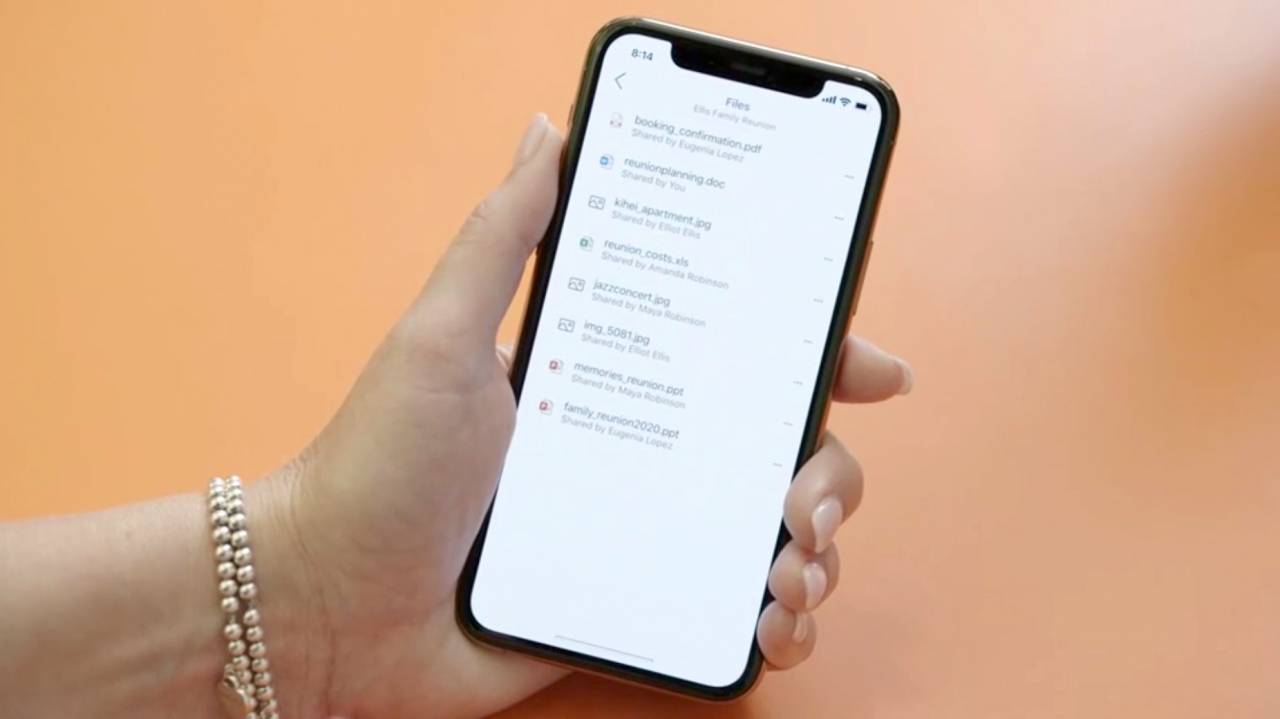 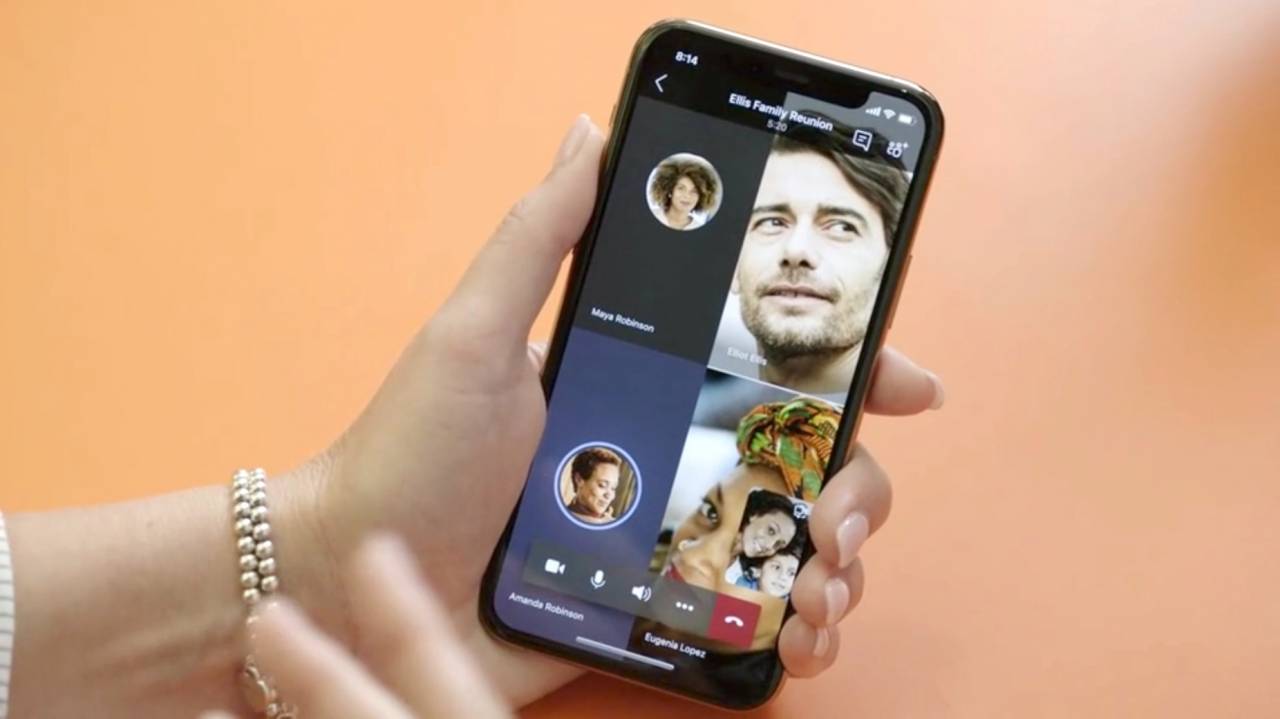 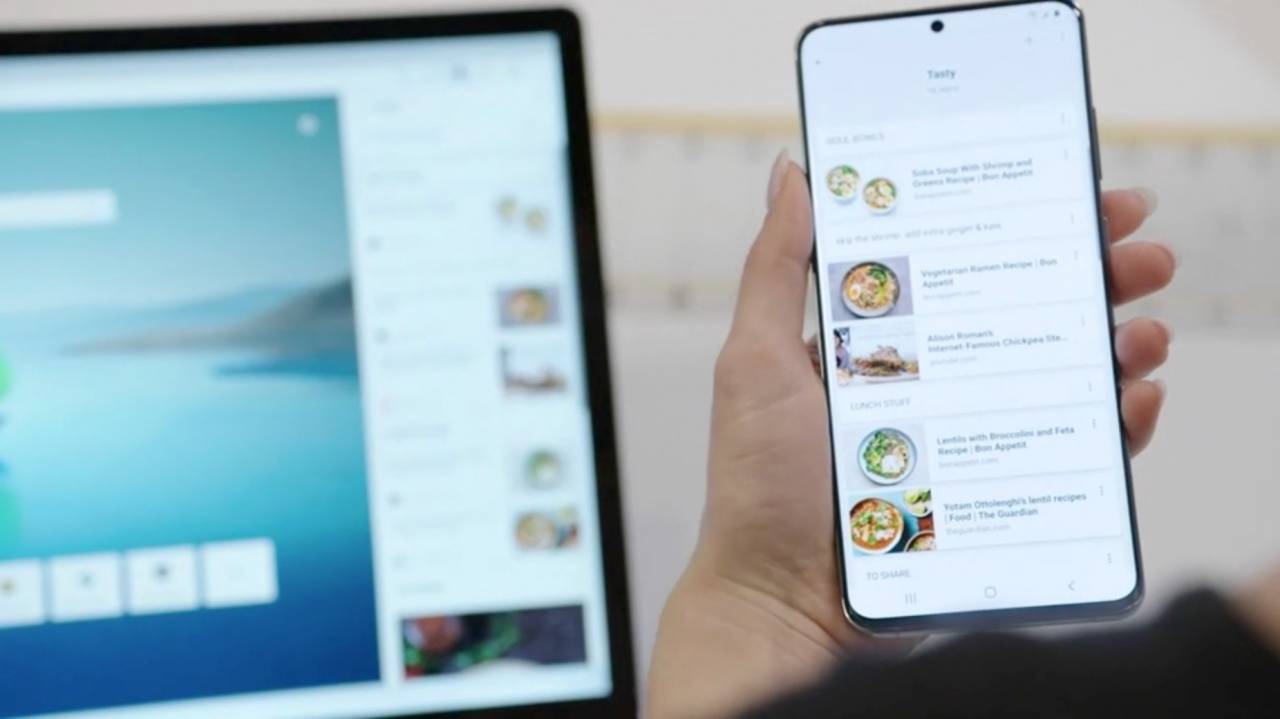 Finally, there are new features in Microsoft Edge. The browser will soon be bringing Collections to iOS and Android, synchronizing with the desktop version and making it easier to add snippets from mobile. That’ll include the ability to reorganize those clippings in a collection, and have that reflected across every device signed into the same account. 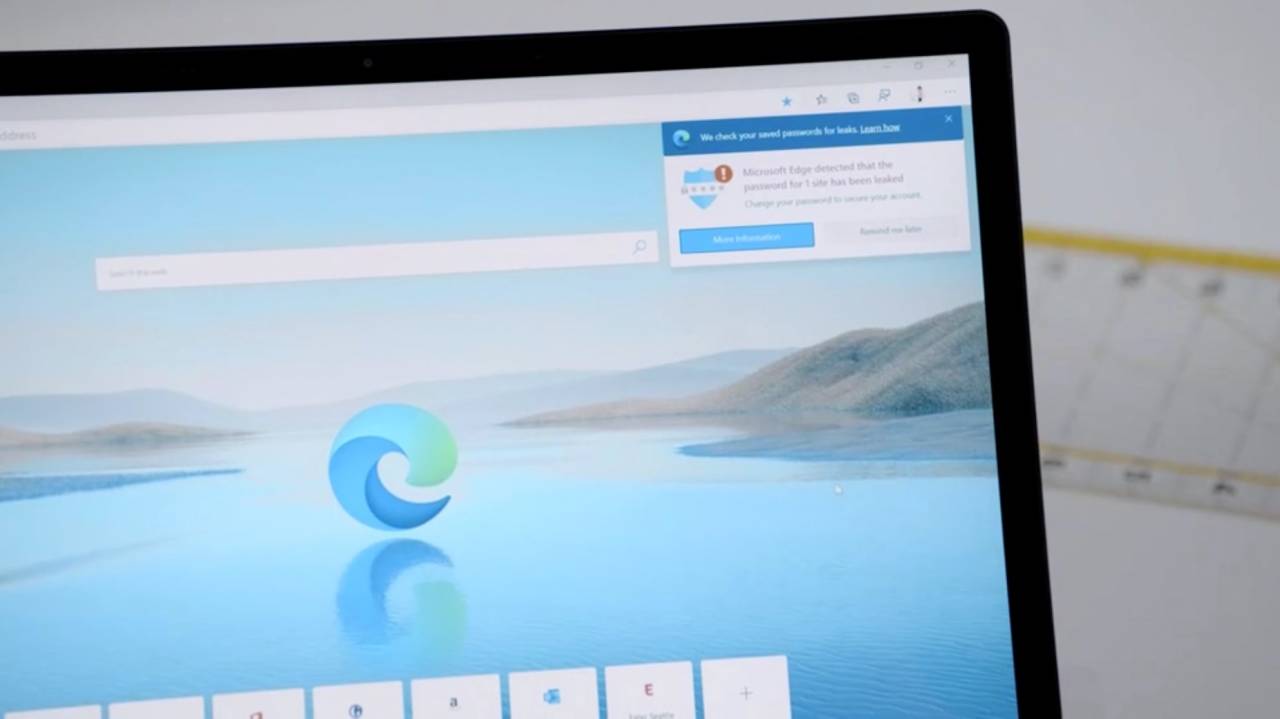 A new password monitor feature, meanwhile, promises alerts for leaked credentials. As long as you’re using Windows autofill, your username and password will be tracked and, if they show up in a leaked database somewhere, you’ll get both a pop-up notification and a warning when you next visit the website. The password monitor will also make it easier to change compromised credentials, with a direct link to the reset page.