Microlino electric microcar to enter production in Europe by September 2021

Micro Mobility Systems or Micro will begin producing its Microlino 2.0 electric microcar by September this year. The first concept made waves at the 2016 Geneva Motor Show. Microlino 1.0 came with the original Isetta bubble car’s retro-flavored body style on top of a tubular frame underneath, with production to begin in late 2018.

However, Microlino 2.0 is an entirely different car. It has a new pressed steel and aluminum monocoque frame, making it the first car in its category to have the structural integrity of a full-size automobile. Micro said the new body structure “has already shown big improvements in safety” while allowing higher stiffness and safety without the weight penalty.

Microlino 2.0 makes a ton of sense in the real world. On average, a standard sedan or hatchback is driven by 1.2 people just 22 miles (35km) per day, said Micro, and that the average car is “too big for 95-percent of their usage.” Microlino forges the thin line between a car and motorbike by offering space for two adults and up to 125 miles of all-electric range. 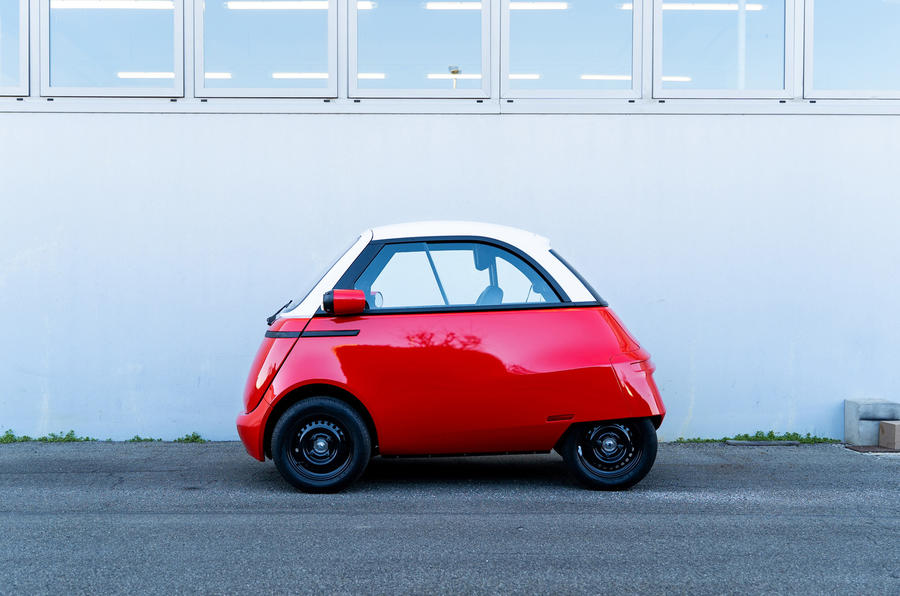 Microlino’s small electric motor is potent enough to push the 1,131-pound (513kg) electric microcar to a 60 mph (90 kph) top speed. The base model has a smaller battery for 78 miles of range, but the optional battery pack achieves 125 miles of range, more than a Renault Twizzy. 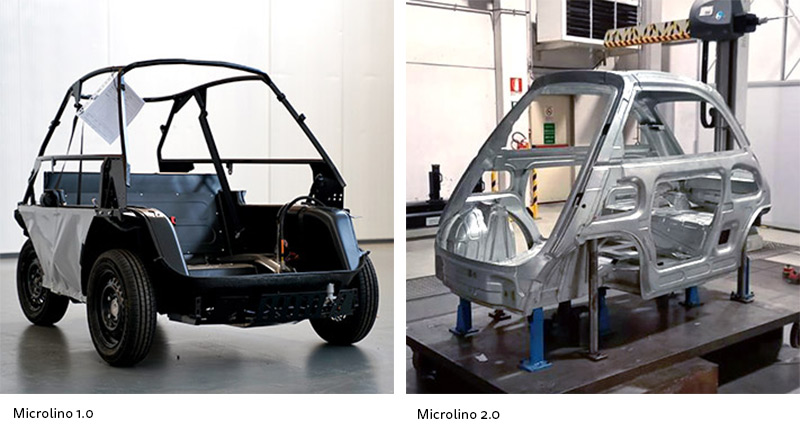 Similar to the vintage BMW Isetta, Microlino has a front-opening door and enough cargo room to carry three beer crates, said Micro. Specific details about the powertrain, batteries, and charging systems remain unannounced, but Micro said the vehicle could achieve a full charge in around four hours using a conventional power socket.

Inside, Microlino 2.0 has the minimalistic cabin design of a base compact from the early 1990s, keeping in line with its affordable price. The only sign of modernism is a digital display to show the vehicle’s speed, range, and battery charge status. You don’t even get a standard radio or infotainment system. Instead, you get a built-in holder in the dashboard to mount a smartphone or Bluetooth speaker. 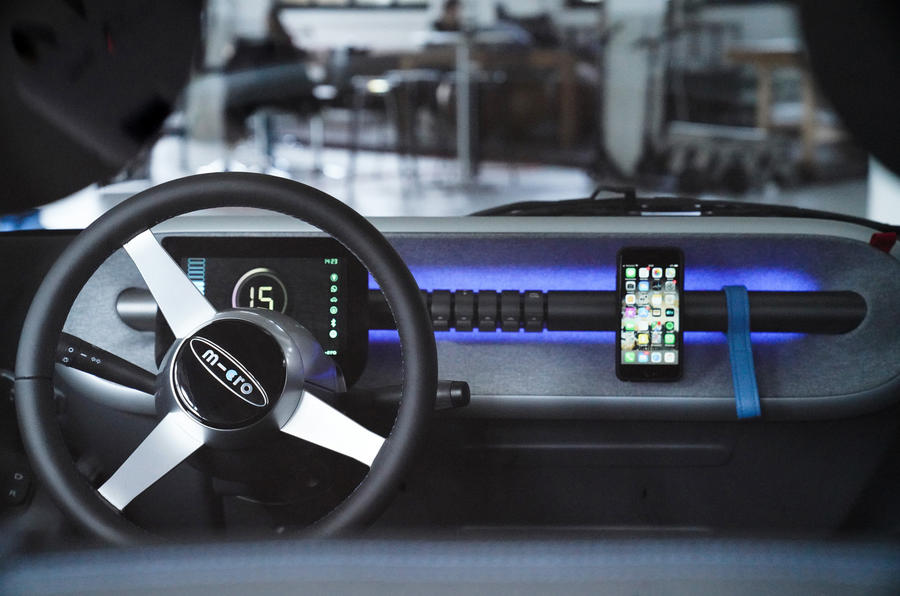 After testing a series of prototypes until June, Micro is working to achieve EU type-approval of Microlino 2.0 by August 2021. If all goes well, Microlino will finally enter series production in September after a three-year gestation period, with base prices estimated to start around €12,000 or roughly $14,550 in American currency. 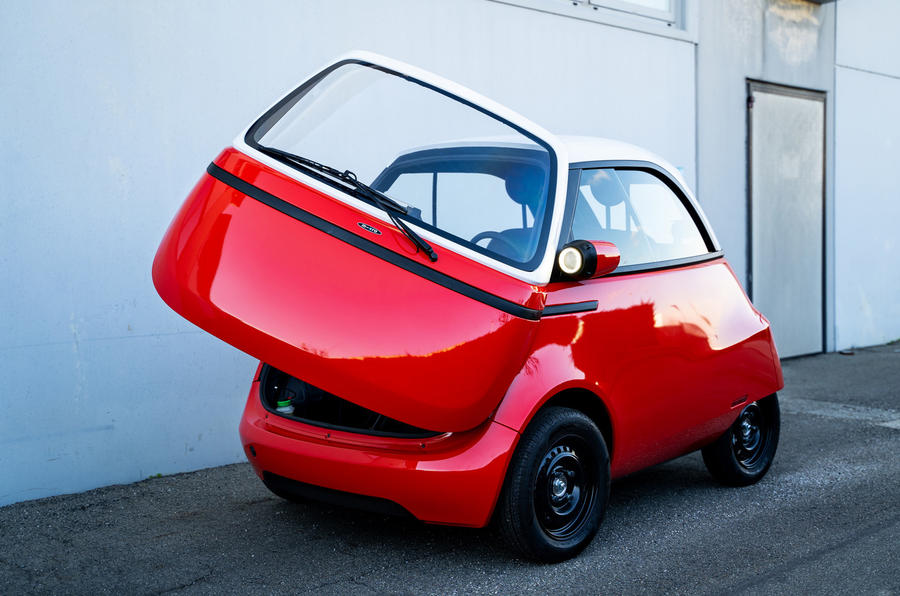 We have no word if Microlino will make it stateside, but it’s interesting to see how it fares with the Kandi K27, a sub-compact EV with a 17.69 kWh battery pack, 100 miles of range, and a $13,000 base price after tax credits.