If you thought the first image of a black hole in distant galaxy M87 was something special two years ago, a newly-released video pulling together the work of 19 observatories will just about blow you away. In 2019, the Event Horizon Telescope (EHT) captured the 25 billion mile wide black hole for the very first time, but don’t let the name fool you into imagining one telescope with an astronomer’s eye pressed to the viewfinder.

M87 – or Messier 87 – is, in astronomical terms at least, close. Approximately 55 million light years from Earth, it’s one of the most massive galaxies in the local universe, and was first identified by Charles Messier back in 1781.

The black hole at its center, however, held onto its mysteries far longer. An example of a supermassive black hole, it forced astronomers to think laterally when they wanted to capture a picture of it: after all, black holes by definition capture light. The EHT mustered data from eight different telescopes and pooled that information to create an image of the glowing gas surrounding the ink-black maw at its center, with gravitational bending causing a shadow.

The picture made headlines in 2019, but now the EHT is delivering again with more instruments and more details. “We knew that the first direct image of a black hole would be groundbreaking,” Kazuhiro Hada of the National Astronomical Observatory of Japan, a co-author of a new study being published in The Astrophysical Journal Letters to describe the new data, explained. “But to get the most out of this remarkable image, we need to know everything we can about the black hole’s behavior at that time by observing over the entire electromagnetic spectrum.”

This time, 19 observatories – including five operated by NASA – were harnessed in order to give an unprecedented tour of M87 in different wavelengths of light. It relies on the fact that the black hole’s gravitational pull can create jets of particles traveling at almost the speed of light, across the whole electromagnetic spectrum. These jets spar out across the universe, spanning radio waves through visible light to gamma rays, with different sets collected by the 19 different instruments.

The video begins with the original EHT image, and then spirals out through radio telescope arrays, across visible and then ultraviolet light, and then X-rays. Finally, there’s data from gamma ray telescopes on the ground, along with NASA’s Fermi in space.

It took 760 scientists and engineers, across 200 institutions, and over the course of March and April 2017, to piece together the vast data set. It’s not just for entertainment, either, with the potential for new scientific breakthroughs to be unlocked. 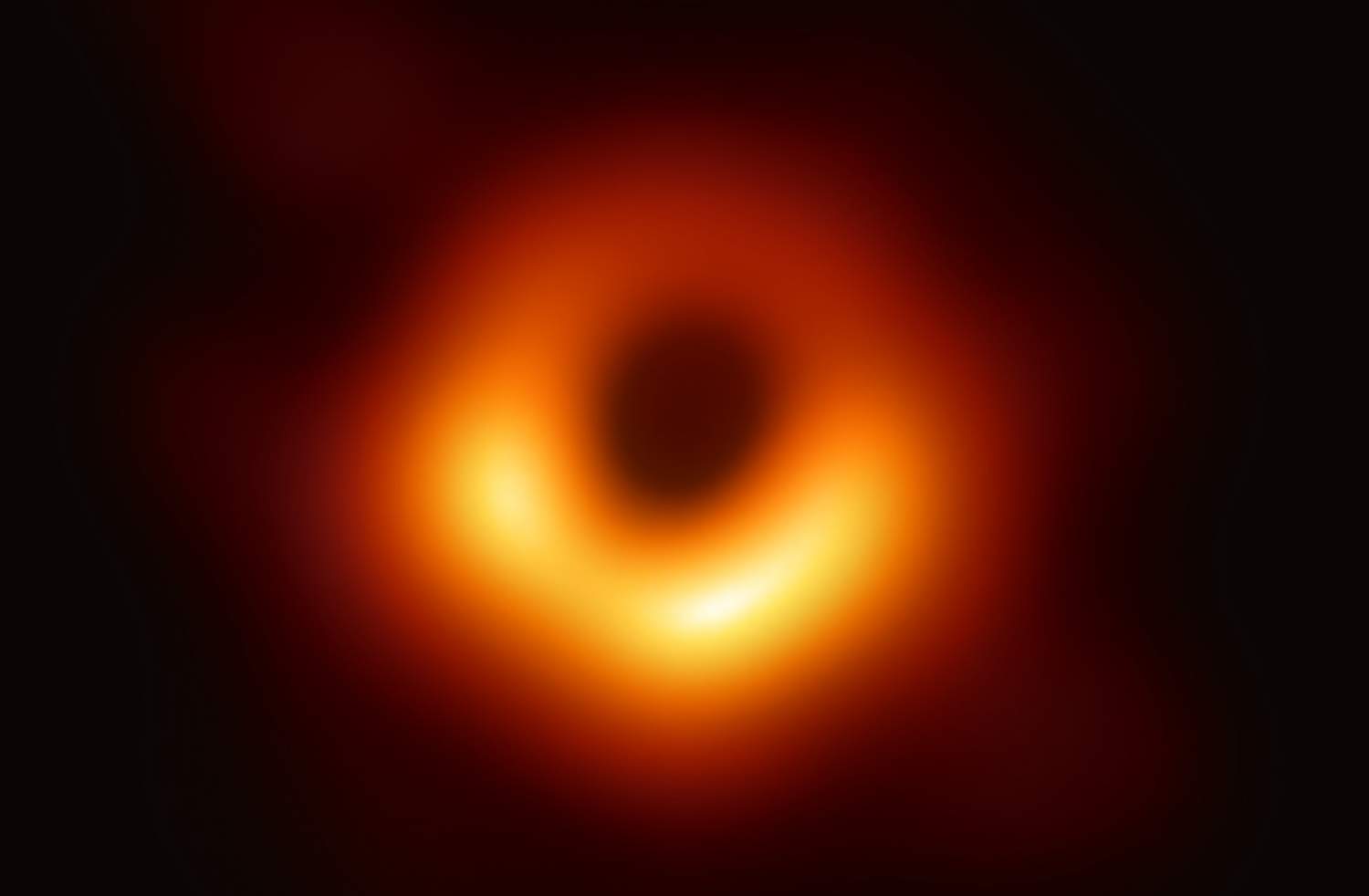 “For example,” NASA explains, “scientists plan to use these data to improve tests of Einstein’s Theory of General Relativity. Currently, the main hurdles for these tests are uncertainties about the material rotating around the black hole and being blasted away in jets, in particular the properties that determine the emitted light.”

Meanwhile, it could also help us understand “cosmic rays,” how they’re formed, and the potential impact they have on the rest of the universe. “These jets manage to transport energy released by the black hole out to scales larger than the host galaxy, like a huge power cord,” Sera Markoff, from the University of Amsterdam and co-author of the study, explains. “Our results will help us calculate the amount of power carried, and the effect the black hole’s jets have on its environment.”