Here’s how that epic black hole image was captured

The first ever black hole photo may be a milestone in science, but it turns out the telescope array used to capture it is just as groundbreaking. Astronomers released the eerie image of the black hole at the center of galaxy Messier 87 (M87) today, but it was the culmination of several years of work spanning facilities across the globe.

Messier 87 is close, at least in astronomical terms. The elliptical galaxy is approximately 55 million light years from Earth, in the Virgo cluster. It’s actually one of the most massive galaxies in the local universe, and was discovered by – and named after – Charles Messier all the way back in 1781.

While the galaxy may have been spotted centuries ago, the supermassive black hole at its center remained a source of several mysteries. For example, NASA has previously spotted a jet of high-energy particles spurting out from the center of M87, moving at close to the speed of light. It extends more than a thousand light years. Meanwhile, the Hubble space telescope spotted a strange blob of matter in the jet, known as HST-1, which brightens and dims in ways that have left scientists confused.

You can’t see a black hole – only its shadow

Part of the problem when it comes to studying black holes is what makes them so intriguing in the first place: they’re so voracious, even light can’t escape. The accepted boundary of a black hole is the event horizon, the point at which light can’t resist the gravitational pull. With no energies escaping, it’s hard to image the black hole.

The solution is to look, not for the black hole itself, but for the shadow it casts. Beyond the event horizon, the huge forces involved will super-heat surrounding gases and other materials, as well as warping space-time itself. If – like M87 is – the black hole is in the middle of a brighter region of glowing gas, the gravitational bending causes a shadow to be made.

It’s that shadow which this new image has captured, an inky pit at the center of a glowing cloud of gas. Even then, the black hole itself is considerably smaller than the shadow: around 2.5 times smaller, in fact. Still, it’s around 25 billion miles across.

There’s no one telescope strong enough to see M87

“Years ago, we thought we would have to build a very large space telescope to image a black hole,” Paul Hertz, director of the astrophysics division at NASA Headquarters in Washington, said of the new findings. While that wasn’t an impossibility – and indeed NASA is working on a number of super-powerful telescope projects – it left capturing an image of a black hole a distant possibility. Indeed, the likelihood was that a single telescope capable of seeing M87 in action was decades away from fruition.

Instead scientists turned to group work to leapfrog that estimate. Rather than one instrument, the Event Horizon Telescope (EHT) combined data from eight, forming in effect a super-powerful way of imaging M87.

ALMA, APEX, the IRAM 30-meter telescope, the James Clerk Maxwell Telescope, the Large Millimeter Telescope Alfonso Serrano, the Submillimeter Array, the Submillimeter Telescope, and the South Pole Telescope all combined observations made in April 2017. None of the instruments are physically connected. Instead, they saved data down to high-performance hard drives, and that information was collated by supercomputers at the Max Planck Institute for Radio Astronomy and MIT Haystack Observatory.

It wasn’t a small amount of data, either. Roughly 350 terabytes per day was captured by each telescope, in fact. Rather than try to send that information digitally, the EHT team loaded the drives onto planes and flew them to the supercomputer locations.

With eight telescopes working in concert, the key was getting the data from each to line up exactly. Each one used an atomic clock to precisely log the time of each observation. These clocks use hydrogen masers for accuracy, which rely on individual hydrogen atoms to measure frequency.

The result is what the EHT project describes as “a virtual Earth-sized telescope.” Primarily it used radio telescopes, though at the same time observations were recorded in the X-ray and gamma-ray bands. 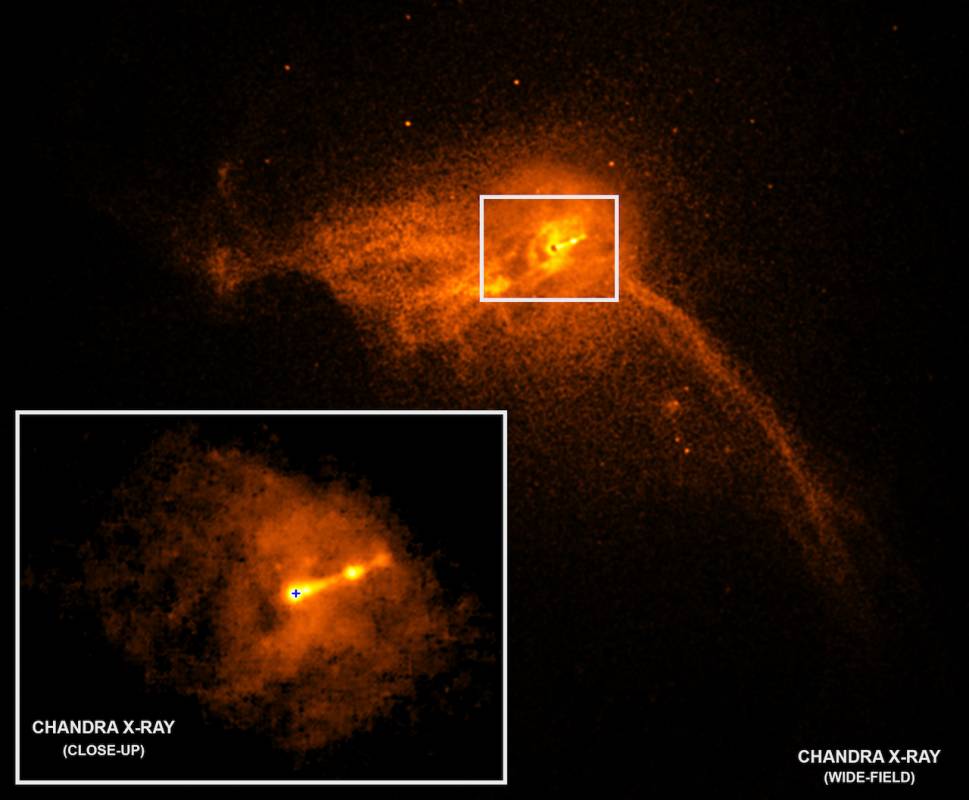 “The EHT observations use a technique called very-long-baseline interferometry (VLBI) which synchronizes telescope facilities around the world and exploits the rotation of our planet to form one huge, Earth-size telescope observing at a wavelength of 1.3 mm. VLBI allows the EHT to achieve an angular resolution of 20 micro-arcseconds — enough to read a newspaper in New York from a sidewalk café in Paris” EHT

It wasn’t just the telescope array that took work. The EHT team also needed to create custom processing algorithms for the data being crunched at the two supercomputer locations, to make something meaningful out of the many terabytes captured.

A telescope that scales

While this first image of a black hole may be a huge milestone, it’s only the beginning of the work the EHT team hopes to complete. While eight locations may be online today, soon the array will be expanded even further. Three new telescopes – the IRAM NOEMA Observatory, the Greenland Telescope, and the Kitt Peak Telescope – are set to come online and join the black hole hunt. 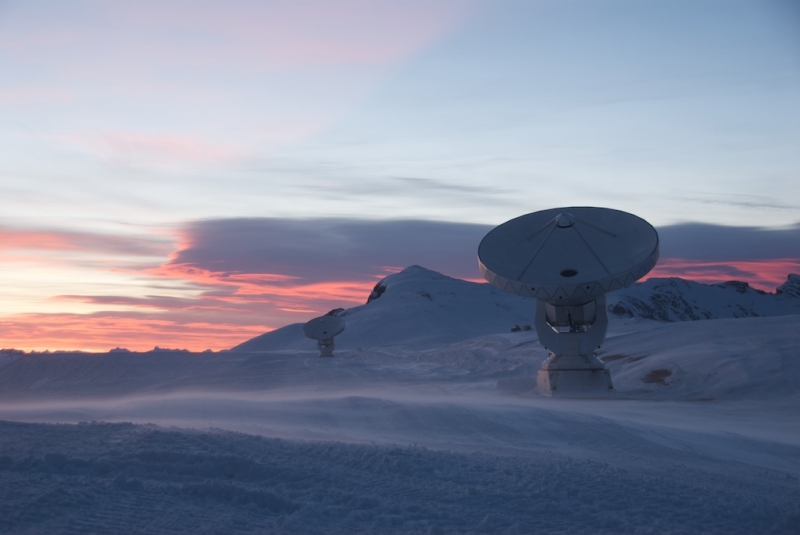 When that happens, the expectation is “substantially increased sensitivity” for the project. More than that, though, it’ll also be more flexible. Different telescopes in different geographies are affected by weather, seasonal conditions, and other factors. Increasing the number of instruments that can operate at any one time, despite those considerations, will give the EHT a much broader range of times that it can capture data.

For now, scientists are poring over this first cache of information, and new discoveries are likely to follow the black hole photo. Among the lingering questions are mysteries like where the energy sucked into black holes actually goes, and why particles surrounding them can form such high-energy jets. Big questions that will take a big telescope to answer.