Mercury’s dark surface may be alien in origin

A paper has been published this week which suggests that the surface of the planet Mercury may be comprised of cometary carbon. This means that carbon has littered the surface of Mercury, all of it from comets hurtling through space. In comparing Mercury to our own Earth-circling moon, the group responsible for this study suggest that 50 times as many carbon-rich micrometeorites impact the dark planet as do our own nearby space body. This has resulted, says the study, in approximately 3–6 wt% carbon at Mercury’s surface.

The darkness, therefor, could be “entirely alien”, as the title of this article suggests. While the surface besides the carbon (from comets turned meteorites), isn’t quite so resistant to reflecting light, the carbon is not all about bouncing beams.

The image you see above comes from Aerospaceweb and shows photomosaic made from Mariner 10 imagery.

The team have relied on spectroscopic analysis of products of hypervelocity impact experiments for this study. In this analysis, they’ve found that the incorporation of carbon in these super fast-falling and crashing bits of material results in the darkening and weakening of spectral features.

It all gets dark. It all stops reflecting as much light as it all did before everything came to rest.

Their findings were consistent with remote observations of Mercury, suggesting that the same effects take place on the dark planet. Space weather is to blame, it would seem, for the Iron-heavy surface of Mercury 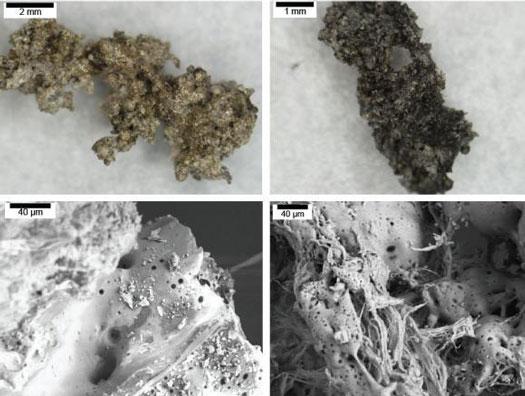 The video you see here shows one hypervelocity impact experiment similar to what the team is studying for Mercury. This is a separate study from the one we’re reporting on for Mercury, but it’s done in a very similar fashion. This hypervelocity experiment was done at the NASA Ames Vertical Gun Range.

The paper was delivered by scientists Megan Bruck Syal, Peter H. Schultz, and Miriam A. Riner, and was received back on the 7th of October, 2014. This paper was published this week – on the 30th of March, 2015.

You can find this paper, “Darkening of Mercury’s surface by cometary carbon” in the journal Nature Geoscience under code doi:10.1038/ngeo2397.