As experiments with artificial intelligence go, making a magical typewriter that collaborates on fairy tales probably wouldn’t be your first idea. That’s just what Mercedes Benz have made, however, as part of a demonstration of the power of AI. The result is both very “Harry Potter” and very cool.

It’s the handiwork of a team at the Mercedes Benz Research and Development Center of North America, in Sunnyvale California. Usually, the engineers and programmers there are working on new infotainment designs, smarter dashboards which can predict where you might want to go and how hot you want the cabin to be, and integration with things like Google Home and Apple Watch.

To put a new artificial intelligence through its paces, though, they turned to a more entertaining concept. While this might look like an old-fashioned typewriter, and indeed operates as one, it also has a mind of its own.

They taught it very little to start with, basically that it should build up a text character by character. Then they fed it with a stack of old Brothers Grimm fairytales. The Ai doesn’t really know it’s writing a story, but it does know to take a prompt typed from a human and then interact with the story.

In practice, it means you type a few sentences and then pause, only to have the typewriter itself pick up the thread and add its own twist to the tale. Nothing is pre-programmed, with the artificial intelligence instead analyzing what its human co-author has written and attempting to come up with something that fits thematically. 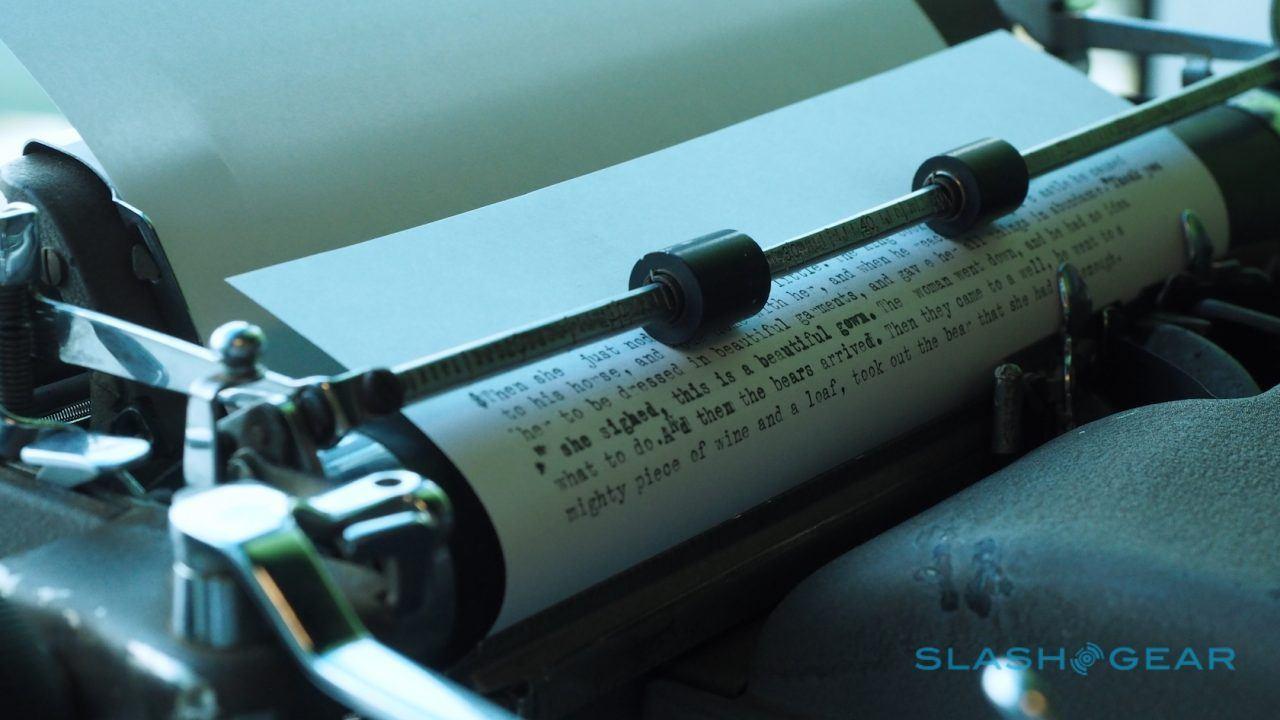 As for the eye-catching typewriter design, while the Mercedes team could’ve had the whole thing working on a laptop display, the feeling was that this fit better with the gothic atmosphere of classically creepy fairy tales. The keys themselves are linked by cables to individual actuators, which pull them down to type. The engineers conceded that an electric typewriter mechanism would’ve been a whole lot easier to work with – you have to clear the occasional jam, just like in the old days – but then you wouldn’t have quite the same charm.

The stories themselves aren’t going to win any book awards for great literature, but the AI does a surprisingly good job of picking out characters, items, and topics introduced by human authors and taking those forward as it develops the tale. Fed with a somewhat tongue-in-cheek range of characters including a bear and an Uber, it managed to cling to its fairytale theme. 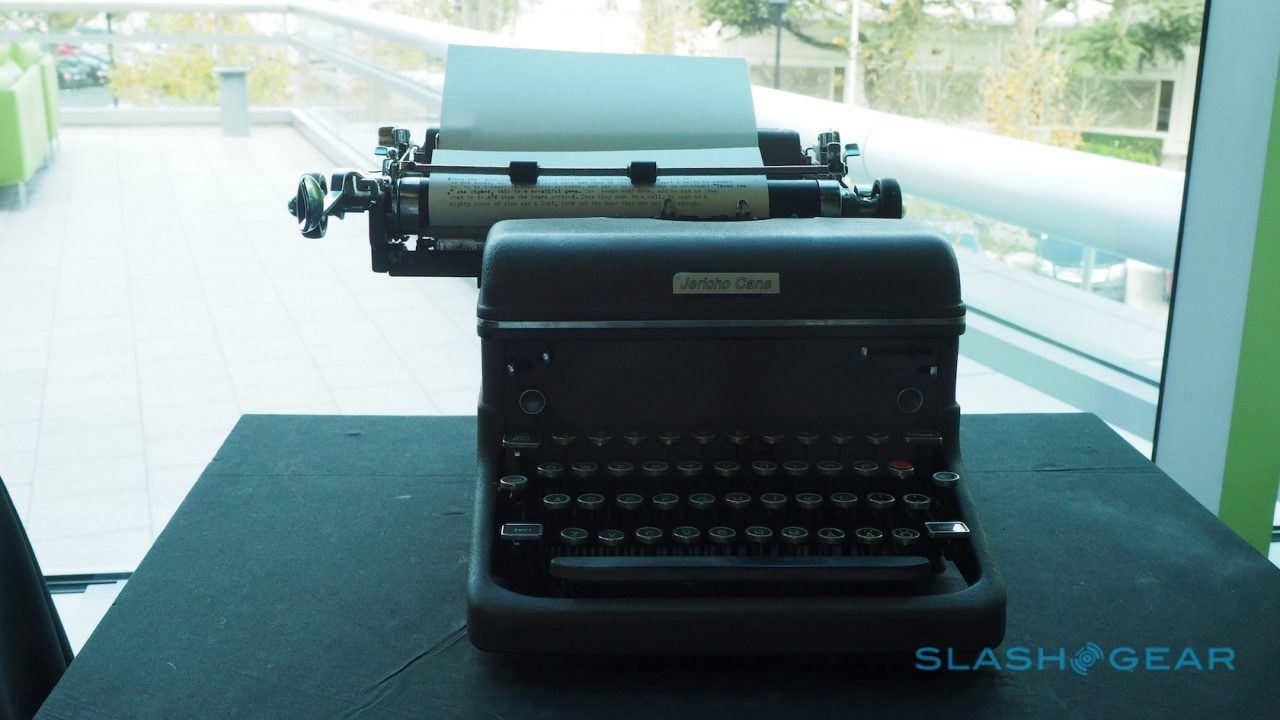 Of course, Mercedes isn’t planning to get into the ebook business. The automaker’s real goal is using artificial intelligences like these to build self-driving cars that can monitor the road around it for other traffic, pedestrians, and potential obstacles, and adapt in real-time rather than needing programming for every situation. Being able to react to unpredictable human drivers and pedestrians, not to mention changeable weather conditions, would give an autonomous vehicle an edge that even years of traditional engineering couldn’t achieve.