Mercedes-Benz Weekender pop-up camper confirmed for the US

For years, American drivers have looked on enviously at their European counterparts driving pop-up camper vans, but now Mercedes is sharing the love. Unveiled at the Chicago Auto Show 2020 today, the 2020 Mercedes-Benz Weekender is a pop-up camper based on the Metris van but revamped for road trips.

It’s the handiwork of Driverge Vehicle Innovations and Peace Vans, which take the Metris and give it a pop-up makeover. Unlike larger campers, it’s sized to still fit in urban areas (and more parking lots), though still has space for up to four to sleep. 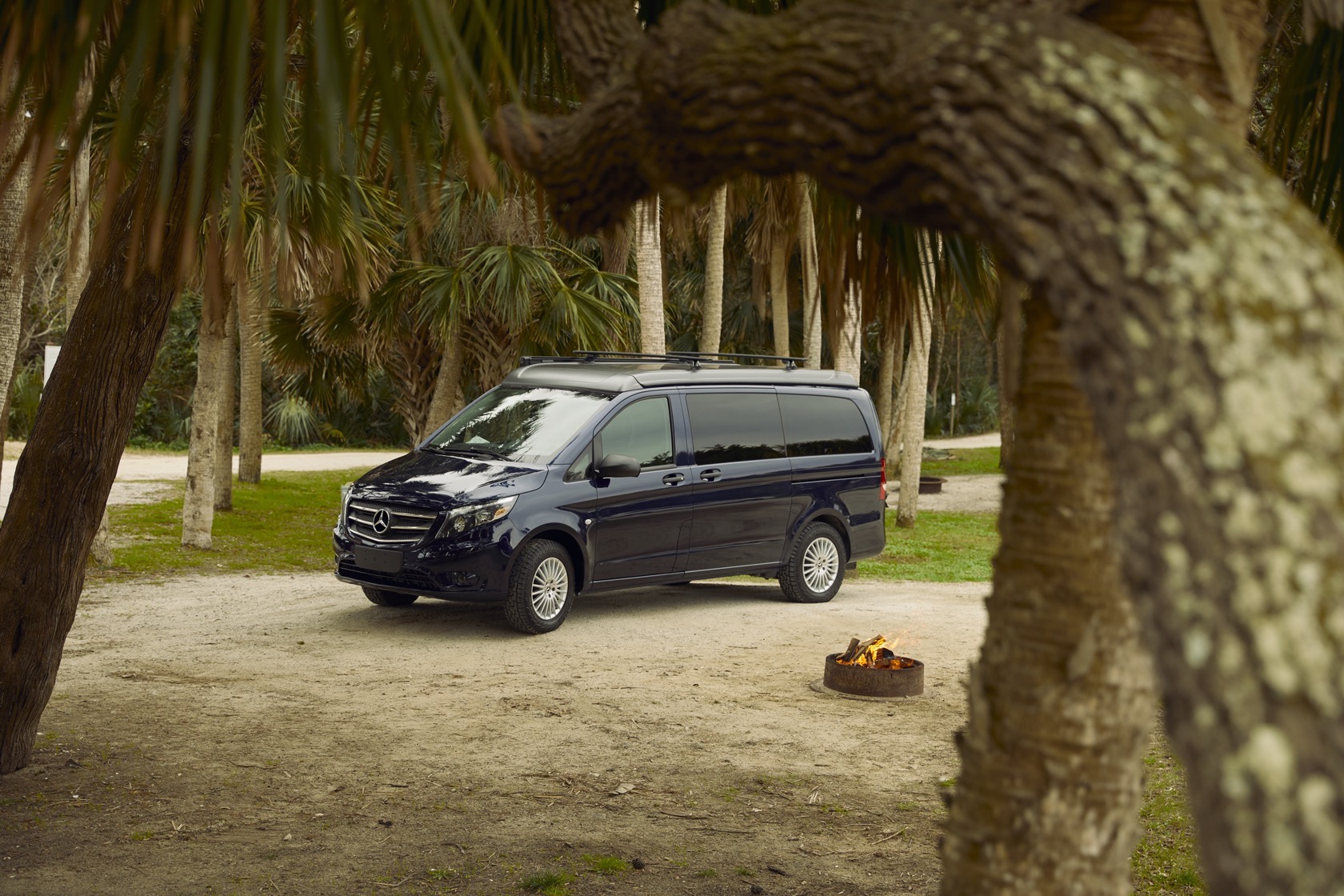 There’s an elevating roof, which creates a sleeping area for two. They get a 2-inch memory foam mattress atop an integrated spring system, plus three windows. A multipurpose rear bench seat opens out into another bed for two. Alternatively, it can slide across four different positions, adjusting the amount of cargo space behind. 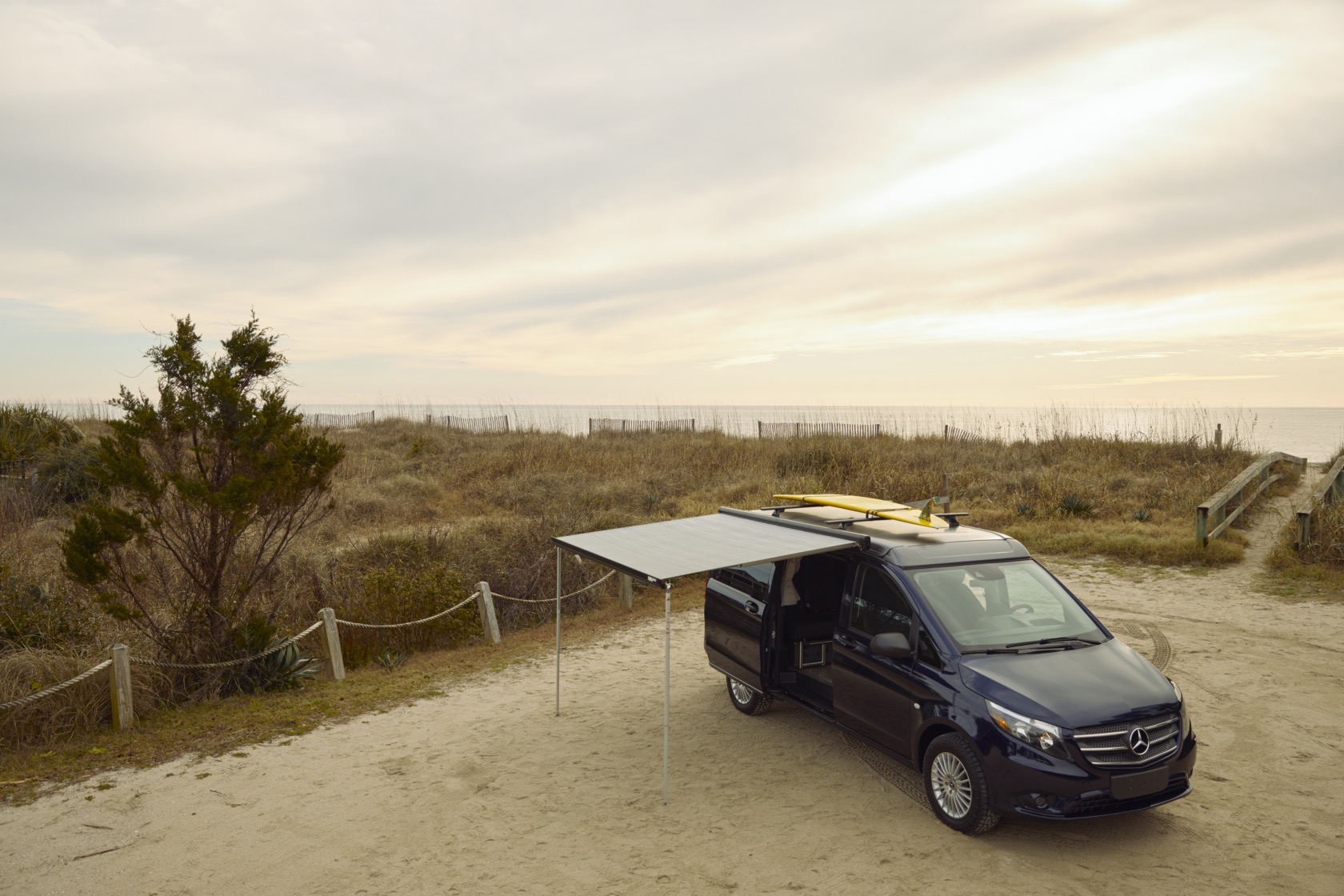 The van’s front seats swivel around 180-degrees, making a lounge configuration. The Weekender gets a second battery too, for powering things like lights, USB ports for charging, and other features. Mercedes will offer options like off-grid power and integrated solar panels if you want to go one step further than that. 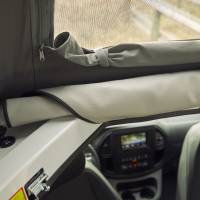 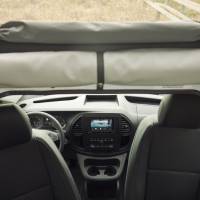 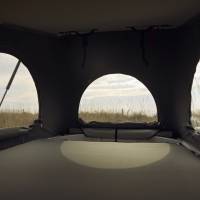 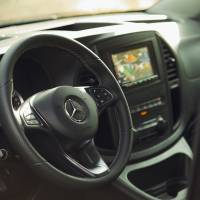 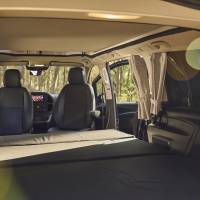 There’ll also be an optional 8-foot awning that pulls out of the side of the van, together with a tent that can attach to the rear lift gate to expand living space. Mosquito/bug screens for both the rear hatch and the sliding doors are also available, as are roof racks. A pull-out rear kitchen will be an option too, plus upgraded audio and navigation systems. 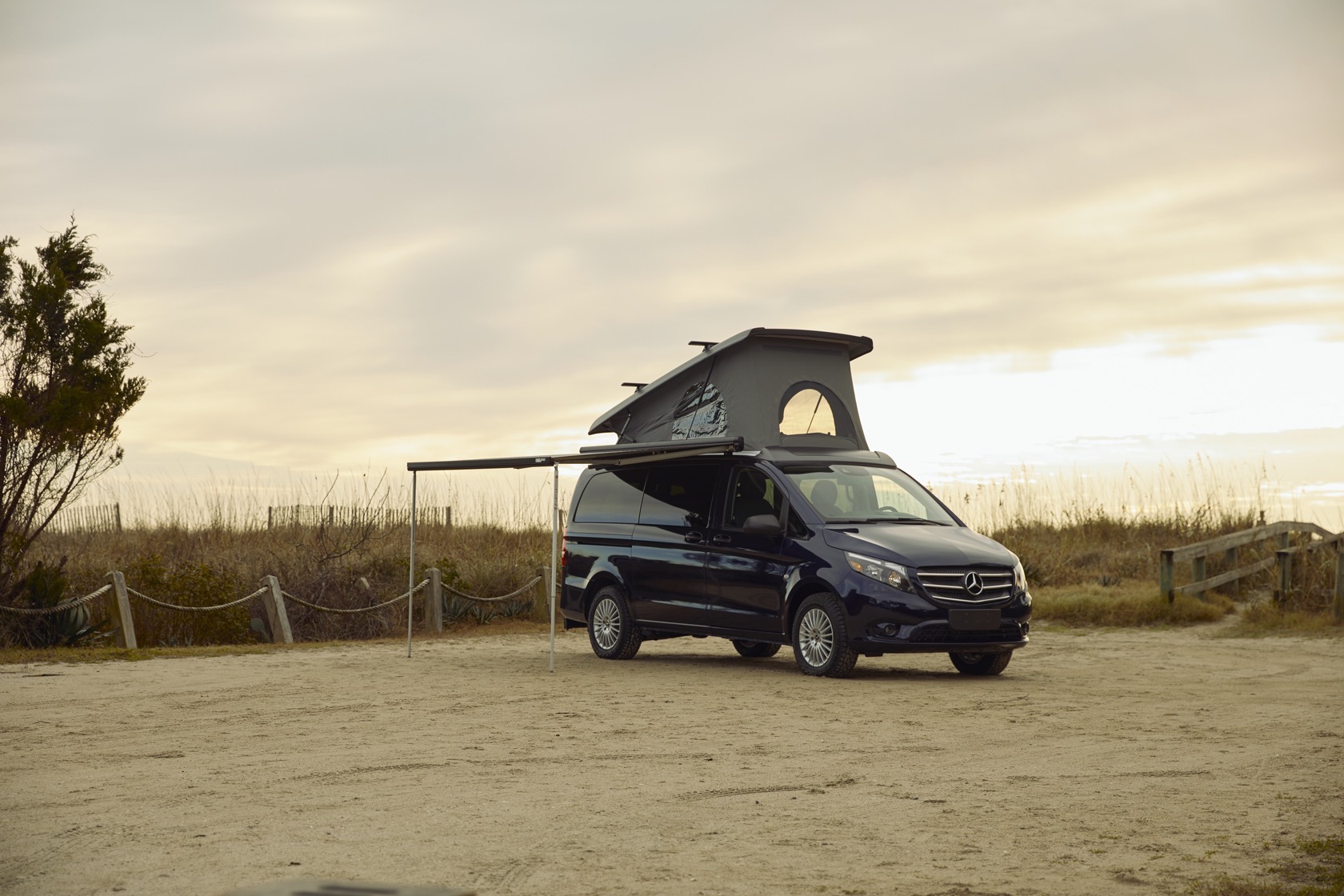 The Weekender will rated to tow up to 5,000 pounds, and it’ll come with a variety of driver safety features familiar from Mercedes cars. That includes driver attention monitoring, a reversing camera, and crosswind assistance as standard. Load-adaptive ESP is included too, to avoid wheel-spin, and there’s auto start/stop too. 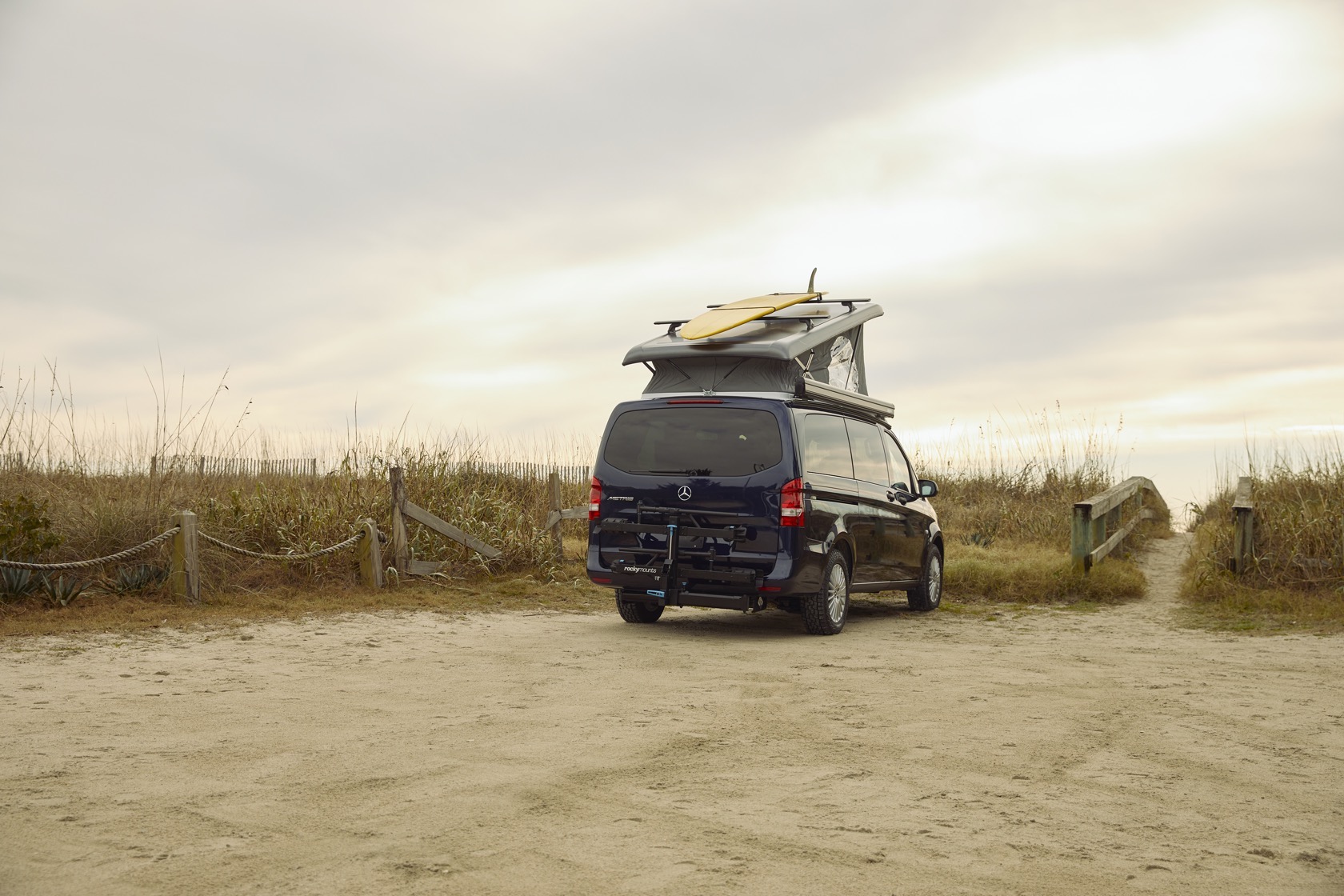 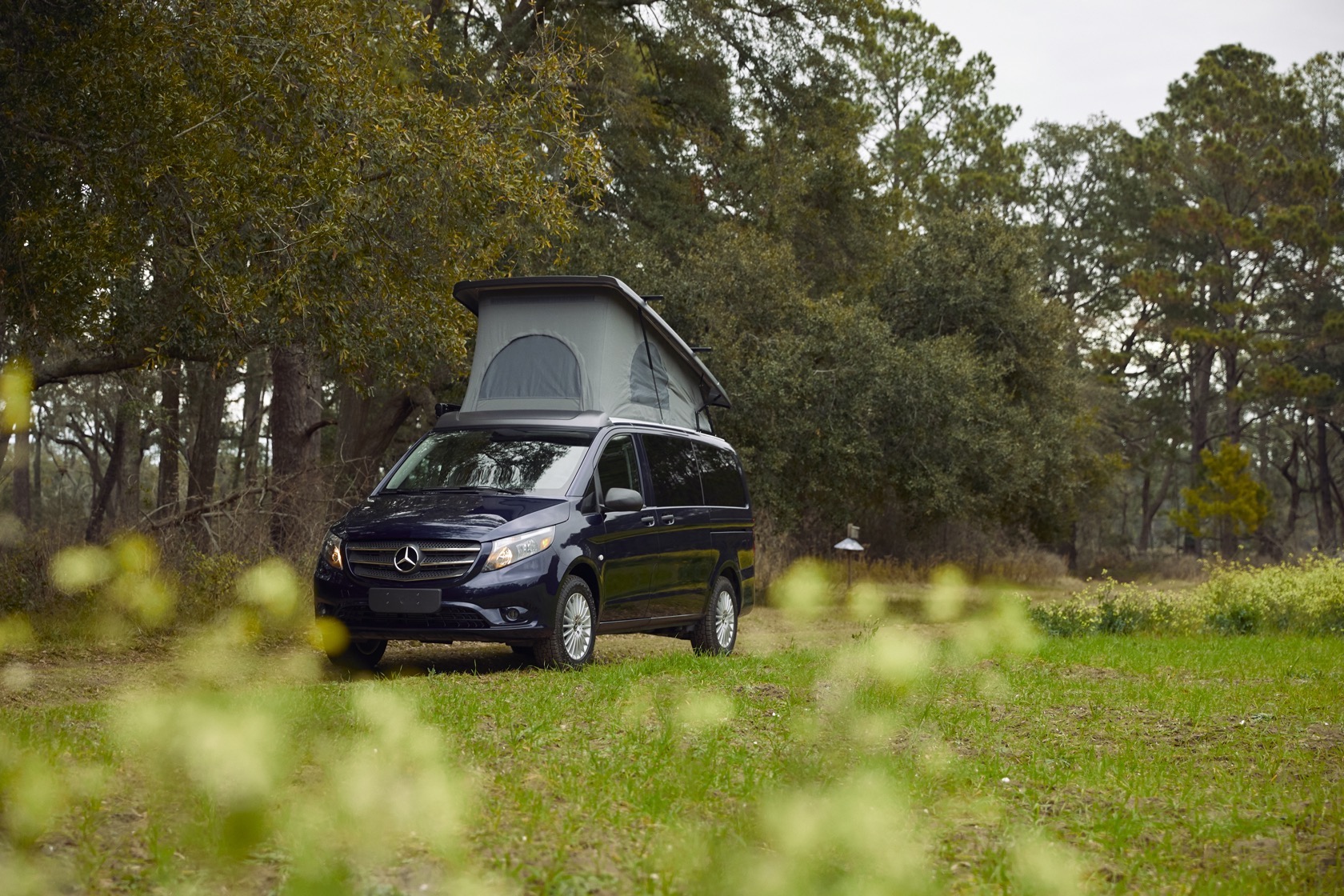 The standard engine is a turbocharged 2.0-liter inline four-cylinder, with 208 horsepower and 258 lb-ft of torque. It’s paired with a 7G-TRONIC 7-speed automatic, pushing power to the rear wheels. Mercedes says it’ll be confirming pricing closer to the Weekender’s launch later in the year, but the passenger version of the Metris van starts at $35,580 plus $1,195 destination.