Mercedes-Benz takes on Tesla with its own home battery

Tesla saw ample success with its home batteries, so much so that you’re going to have to wait quite a while to get one yourself. It’s not the only company getting into that market, though, and we’ve known for a few days that Mercedes-Benz was planning to challenge the company. Today Daimler dropped some details on that plan, and officially began taking registrations from interested parties. The home batteries will be branded as Mercedes-Benz offerings, but whether the company will experience the same demand levels as Tesla is yet to be seen.

Daimler released details today, saying that those who are interested in its batteries — which are scheduled to be delivered starting September — can pre-register online as of today. In a couple days the company will be presenting its technology at the Intersolar trade-fair in Germany. Placing a reservation is said to be “without obligation”. 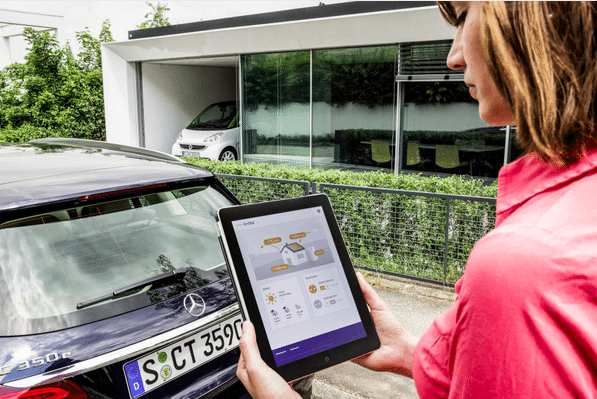 The batteries, in as far as they’ve been detailed, seem to greatly resemble Tesla’s own home batteries — they both started out as offerings for electric cars, and have been rehashed as storage units for homes running on solar energy. Says Daimler, up to eight battery modules of 2.5kWh can be assembled with a resulting capacity of 20kWh. Using the “energy storage plants” will smooth out the electric load for solar users.

Likewise, as Tesla has done, Daimler will be offering its batteries for both private (home) use and industrial uses. More details will likely be incoming starting June 10 when the technology is presented at Intersolar, but until then check out the timeline below for related news.