Compact SUVs that look just as tough as their bigger siblings are big business, and the Mercedes-Benz Concept GLB taps into that aesthetic nicely. Making its debut at Auto Shanghai 2019, the new concept SUV isn’t the largest out there – indeed, it’s actually shorter than a C-Class sedan – but it still manages to seat seven and look the part.

It’s based on Mercedes’ compact car platform, and intended to sit alongside the Mercedes-Benz GLA. Whereas the GLA is a sports crossover, though, the Concept GLB reimagines the architecture for lifestyle purposes, borrowing design cues from the automaker’s bigger trucks. 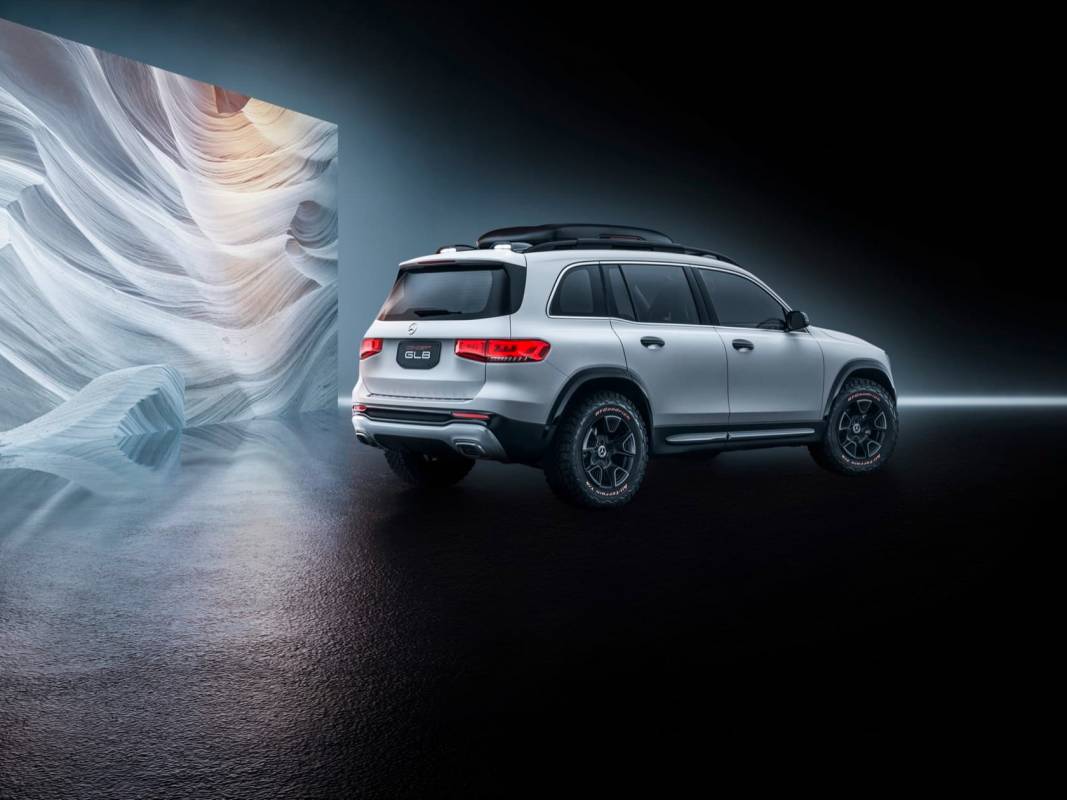 That means upright surfaces, a long wheelbase, short overhangs, and muscular shoulder lines. There’s plenty of protective cladding, too, even if GLB owners may not make the most of it in off-road conditions. White mango paint gets high-gloss black contrast parts, like the roof box, while the orange-highlighted grille is flanked by Multibeam LED headlamps. 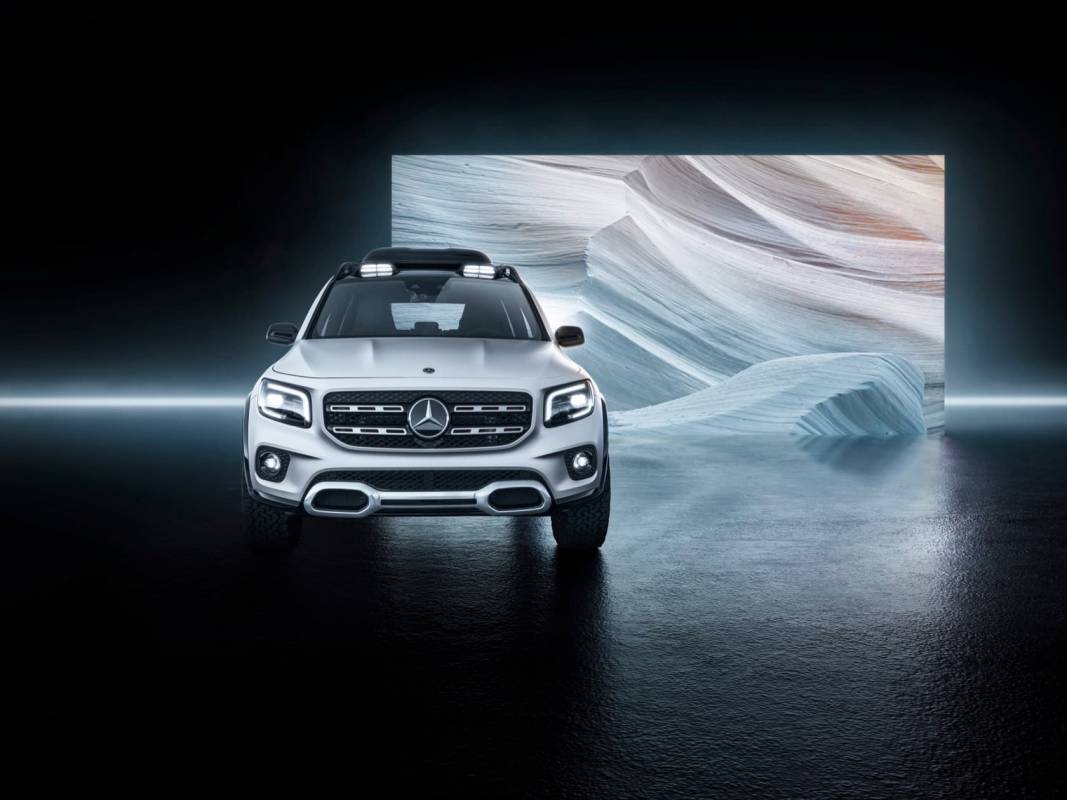 For the show car, there’s even more of an emphasis on go-anywhere styling. LED spotlights on the roof, for example, are joined by an integrated roof box. 17-inch two-tone wheels have off-road rubber.

Inside, though, the compact car origins are clear. Unlike the GLA there’s room for a third row of seats, allowing the Concept GLB to seat up to seven. Given how popular three-row SUVs are at the moment, that wouldn’t be a bad idea for an addition to Mercedes’ line-up. The automaker claims they’ll even accommodate adults. 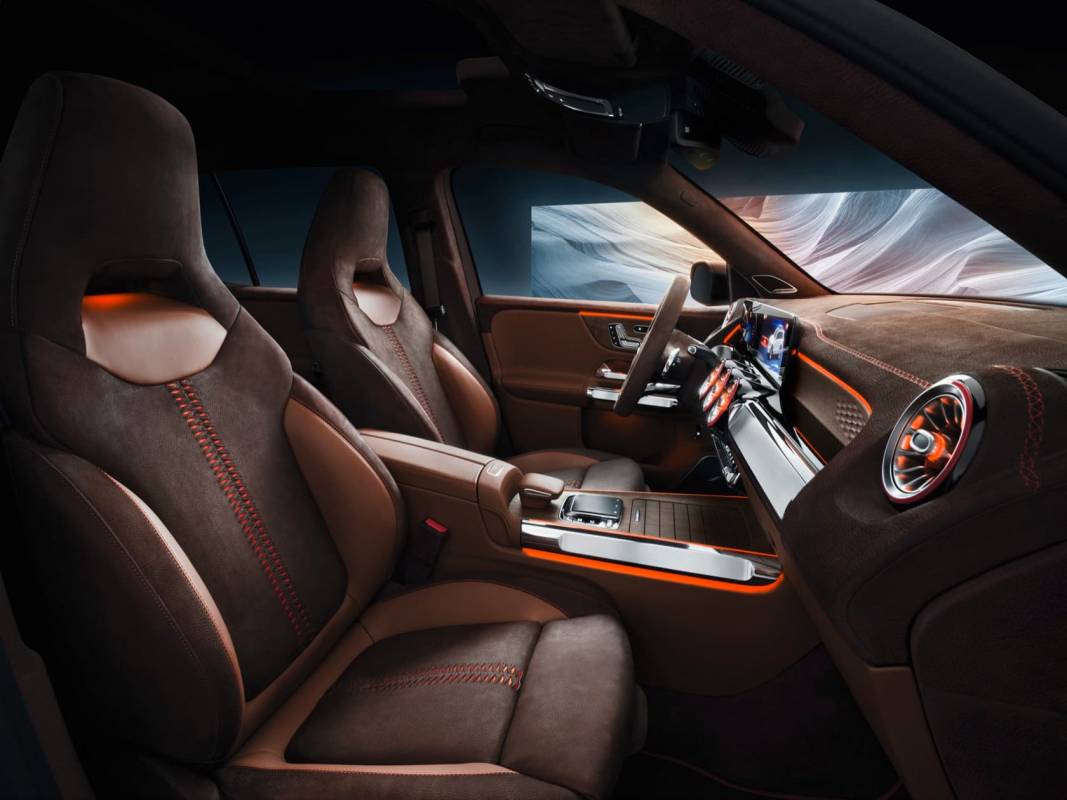 The second row has a 40/20/40 split, and folds down to a level load surface. It also slides forward and back, and has an eight-stage backrest recline mechanism. An Easy-Entry function pulls the backrest forward and slides the whole seat, for access to the third row. Up to four child seats can be safely fitted. 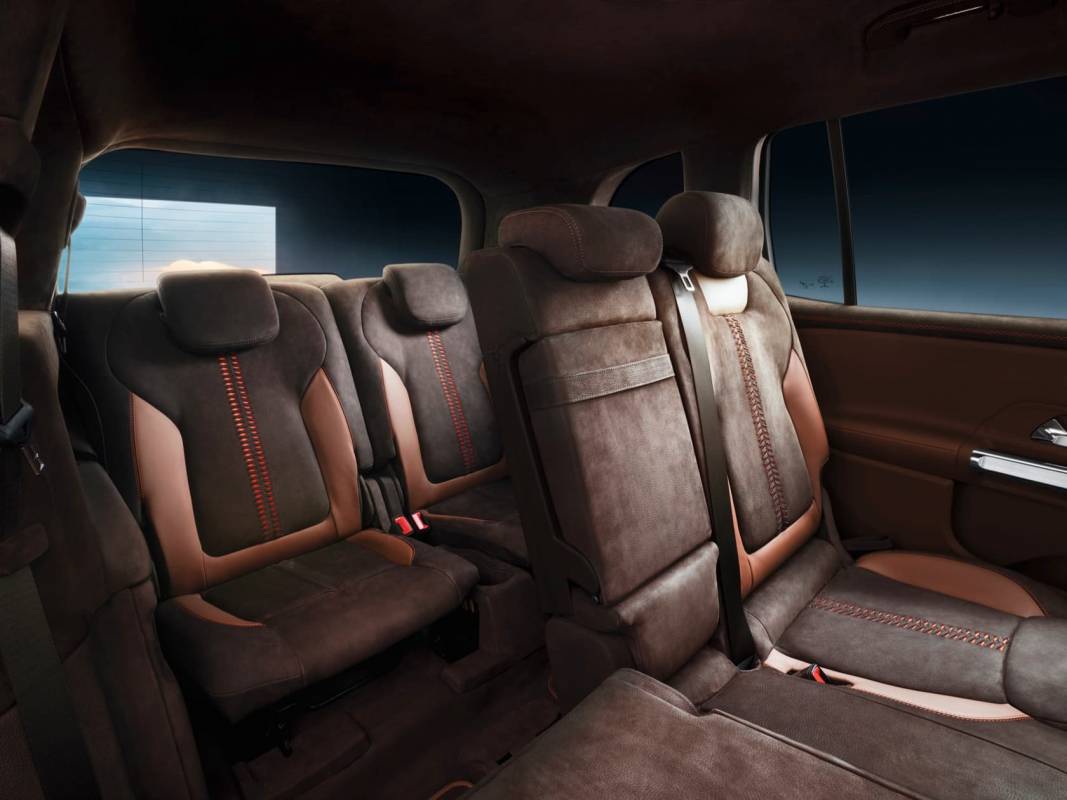 New leather and trim have been used, with chestnut brown being the key color. Orange highlights – like the sublayer fabric visible through the perforations in the seat leather – echo the exterior trim. Open-pore walnut is on the dashboard, with a chiseled honeycomb pattern.

The new Mercedes-Benz User Experience, or MBUX, is installed, and the dashboard in general is reminiscent of the B-Class. However Mercedes has added more rugged controls, like milled aluminum for the HVAC system, and there are matching grab handles. 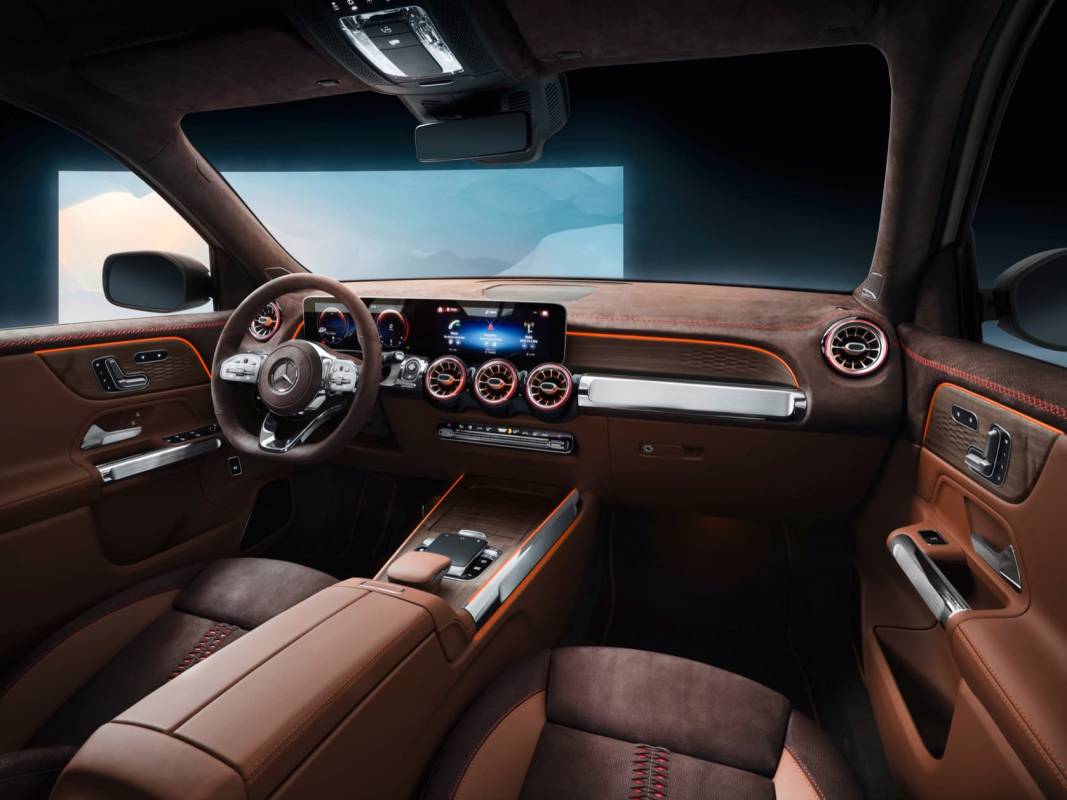 Mercedes’ four-cylinder gas engine gets 224 horsepower and 258 lb-ft of torque, and is paired with an 8-speed DCT gearbox. There’s permanent 4MATIC all-wheel drive, with three drive modes that each adjust the distribution of power. In Eco/Comfort mode there’s an 80:20 split, while Sport changes that to 70:30. In off-road mode, the SUV’s all-wheel drive clutch acts as an inter-axle differential lock, for a 50:50 split. 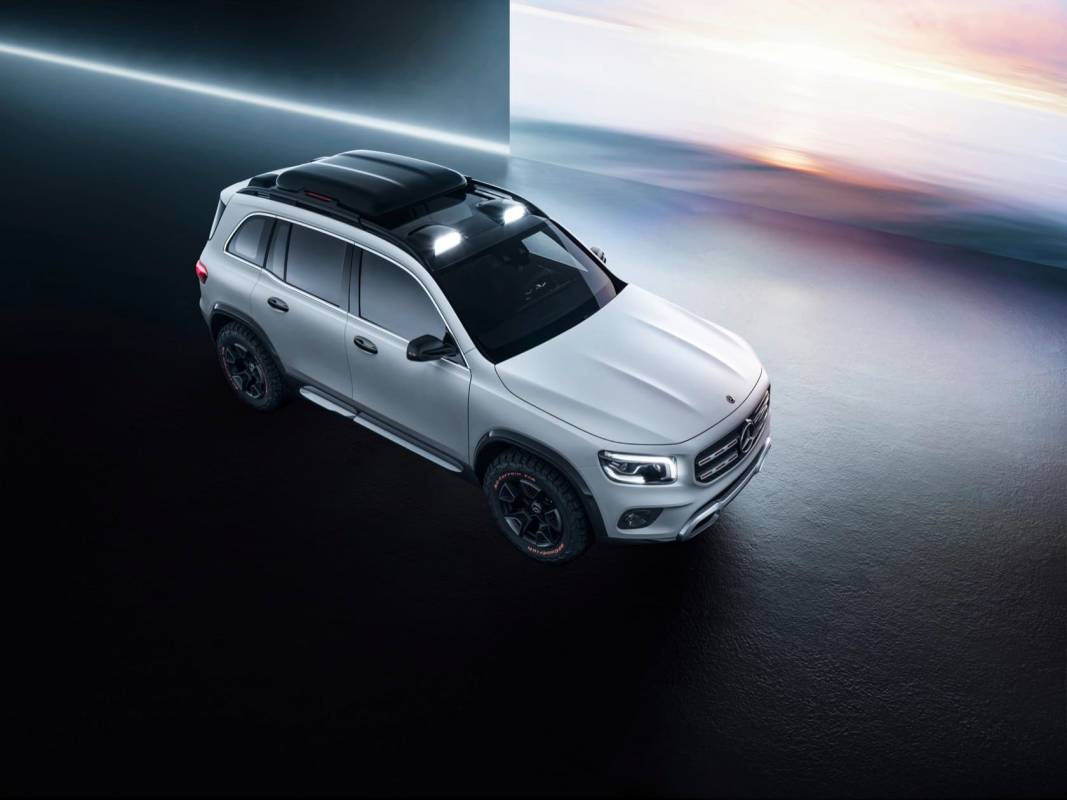 In all, though Mercedes may be calling the car a concept, it’s notable just how close to a production vehicle the Concept GLB looks. The automaker isn’t talking about production plans at this stage, but does draw attention to the fact that the road-going GLA first started as a Concept GLA back at the Shanghai auto show in 2013. Given the current appetite for SUVs and crossovers, history could do worse than repeat itself.