The Meizu MX4 Pro has made its debut, and with it comes an upgraded version of the company’s previously released MX4 flagship. Features abound, some of them a tad odd (“Retina Sound”), but overall the handset looks to pack a punch, bringing with it display resolution a little above 2k, a Samsung Exynos 5430 processor, and the mTouch fingerprint reader, among other things. Topping it all off is the Android 4.4.4-based Flyme 4 operating system, something that flies in the face of the occasional speculation that Meizu might be including Ubuntu Touch.

The 5.5-inch display offers a 2560 x 1536 pixels resolution — hence the “better than normal 2k” boasting — with a 1500:1 contrast ratio, 546ppi, and Corning Gorilla Glass 3. This is complemented by that aforementioned octa-core Exynos 5430 processor, 3GB of RAM, and a Mali T628 MP6/600MHz GPU. Sensors are expansive, with the MX4 Pro toting ambient light, gravity, Hall Effect, and infrared proximity sensor, gyroscope and digital compass.

On the back users will find a 20.7-megapixel Sony IMX220 Exmor RS sensor joined by a 300-degree panoramic lens and 4x digital zoom. This is topped off with sapphire glass protection, and offers users burst rates up to 30 photos per second. The front camera is similarly notable, featuring a 5-megapixel sensor and 84.4-degree wide-angle lens with a Face AE light boost and FotoNation algorithm specifically for enhancing selfies.

Connectivity also, as you’d expect, covers all of the bases with Bluetooth 4.0, 802.11ac n/g/b/a WiFi, support for dual-band WiFi, and NFC. As mentioned, Meizu is also hailing the smartphone as offering superior sound quality through its “Retina Sound”, which is promised to give users deep bass and no background interference, among other things.

Rounding out the handset’s most notable offerings is the inclusion of mTouch, Meizu’s fingerprint reader for eschewing passwords and PINs to more easily access the smartphone. Says the maker, the fingerprint reader has a scanning resolution of 508ppi, and is nestled in the home button, which is coated with sapphire glass. 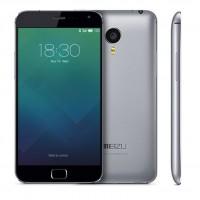 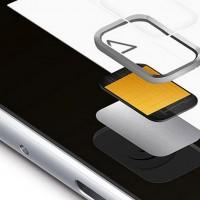 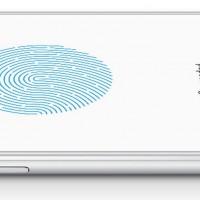