Apple’s M1 chipset may have given Apple Silicon its big debut, but it’s the M1 Pro and M1 Max which power users have been waiting for. Debuting not one but two systems-on-chip (SoC) today, along with two all-new MacBook Pro models to take advantage of them, as before the big pitch is just how much power and efficiency you can achieve when you tightly tailor hardware to software.

As you’d expect, the new chipsets are an evolution from what we saw with the M1. That’s at the heart of the latest MacBook Air, 24-inch iMac, MacBook Pro 13, and Mac mini. 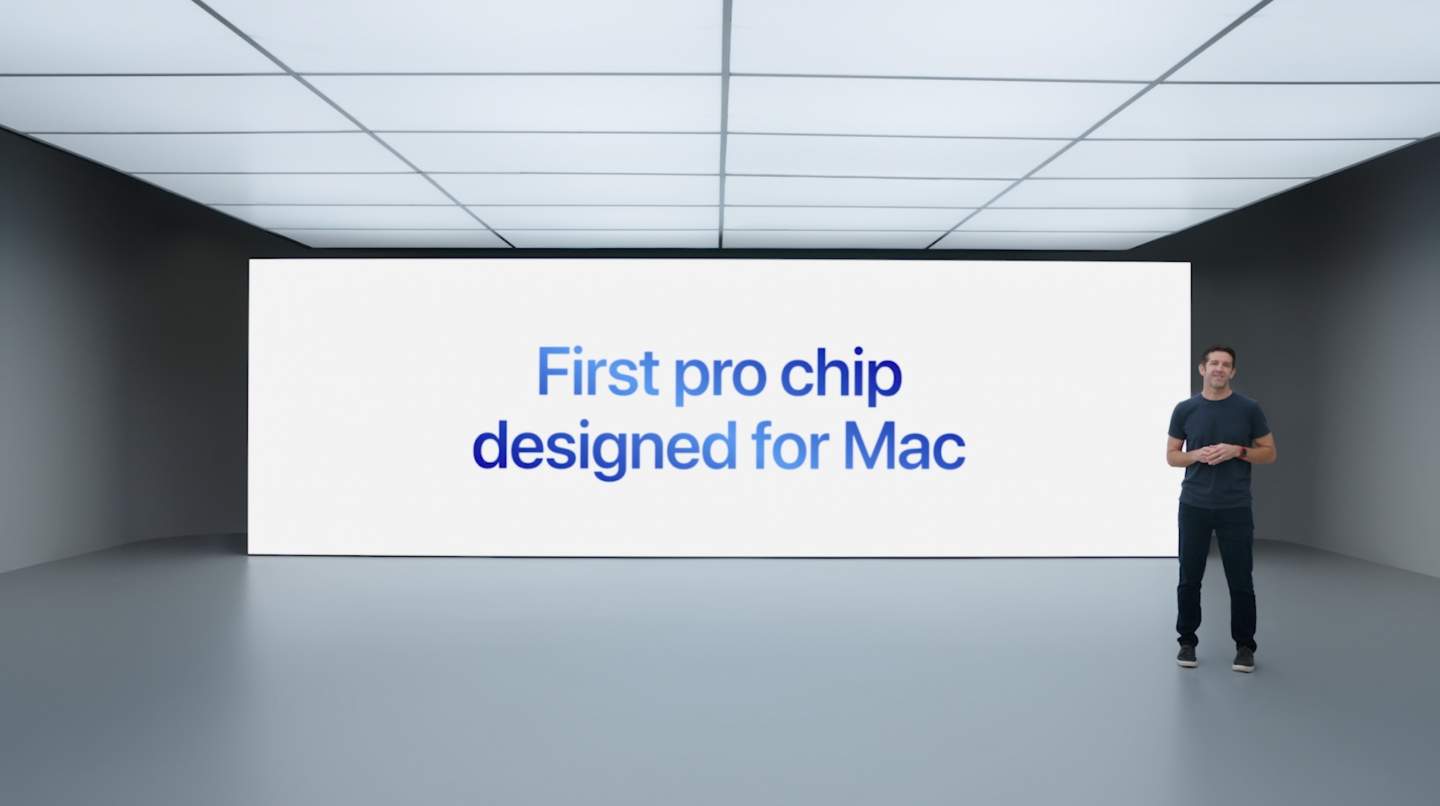 For the M1 Pro and M1 Max, Apple continues with some key architectural features. By combining the CPU and GPU on the same die, it can avoid the separate interconnect that would traditionally link two separate chips. In the process, it much improves speed.

However, it also means that both CPU and GPU can share a single memory pool. Apple calls it Unified Memory, and it means that, with the optional 64GB configuration, the GPU in the new MacBook Pro has more memory to play with than any other mobile graphics option out there. Meanwhile, other parts of the chipsets include dedicated hardware for things like ProRes acceleration. 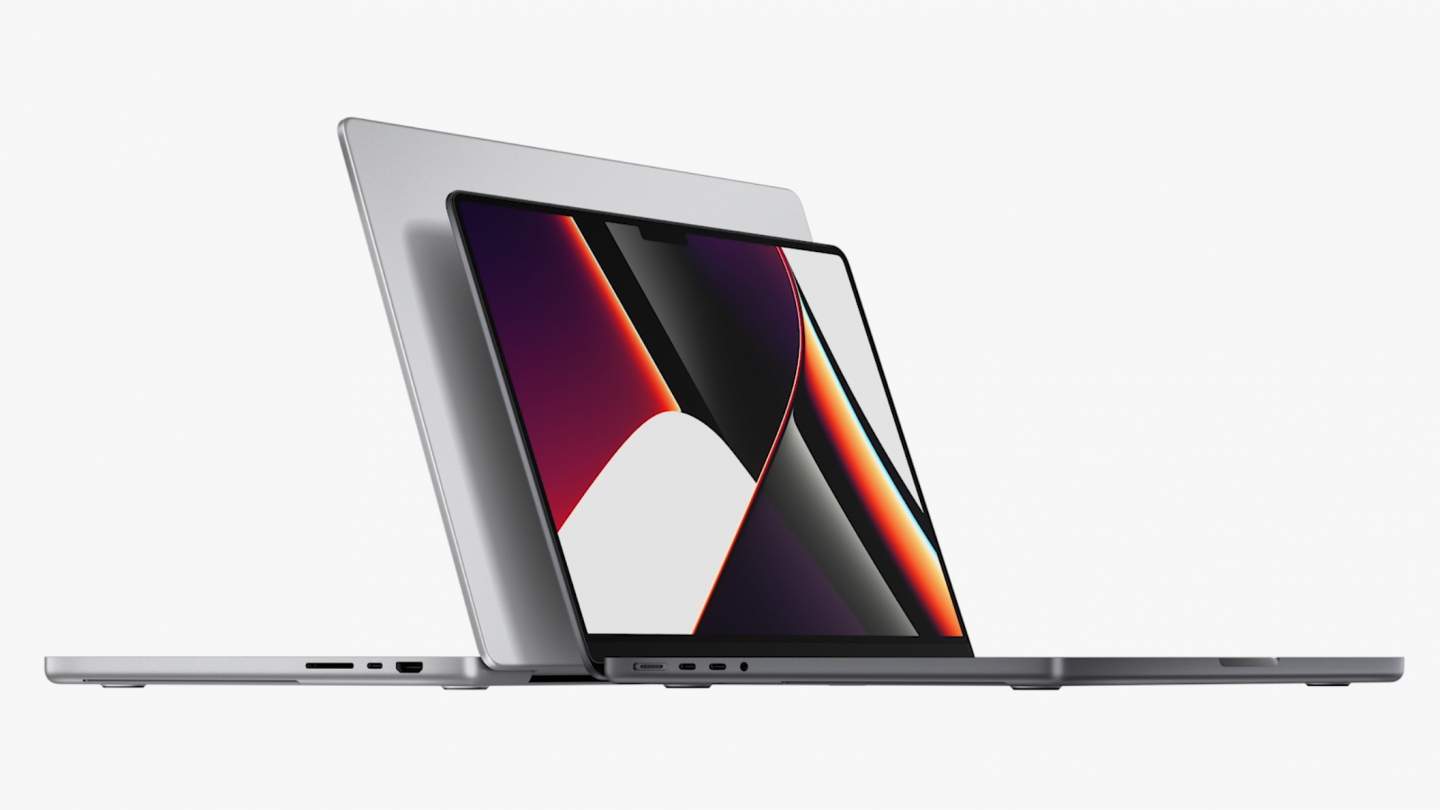 While Apple announced the two new SoCs as two separate products, there are actually multiple configurations depending on price point.

The entry-level M1 Pro has an 8-core CPU with six performance cores and two efficiency cores. They’re combined with a 14-core GPU and a 16-core Neural Engine. There’s 16GB of unified memory – with 200 GB/s of memory bandwidth – as standard, though 32GB is optional. 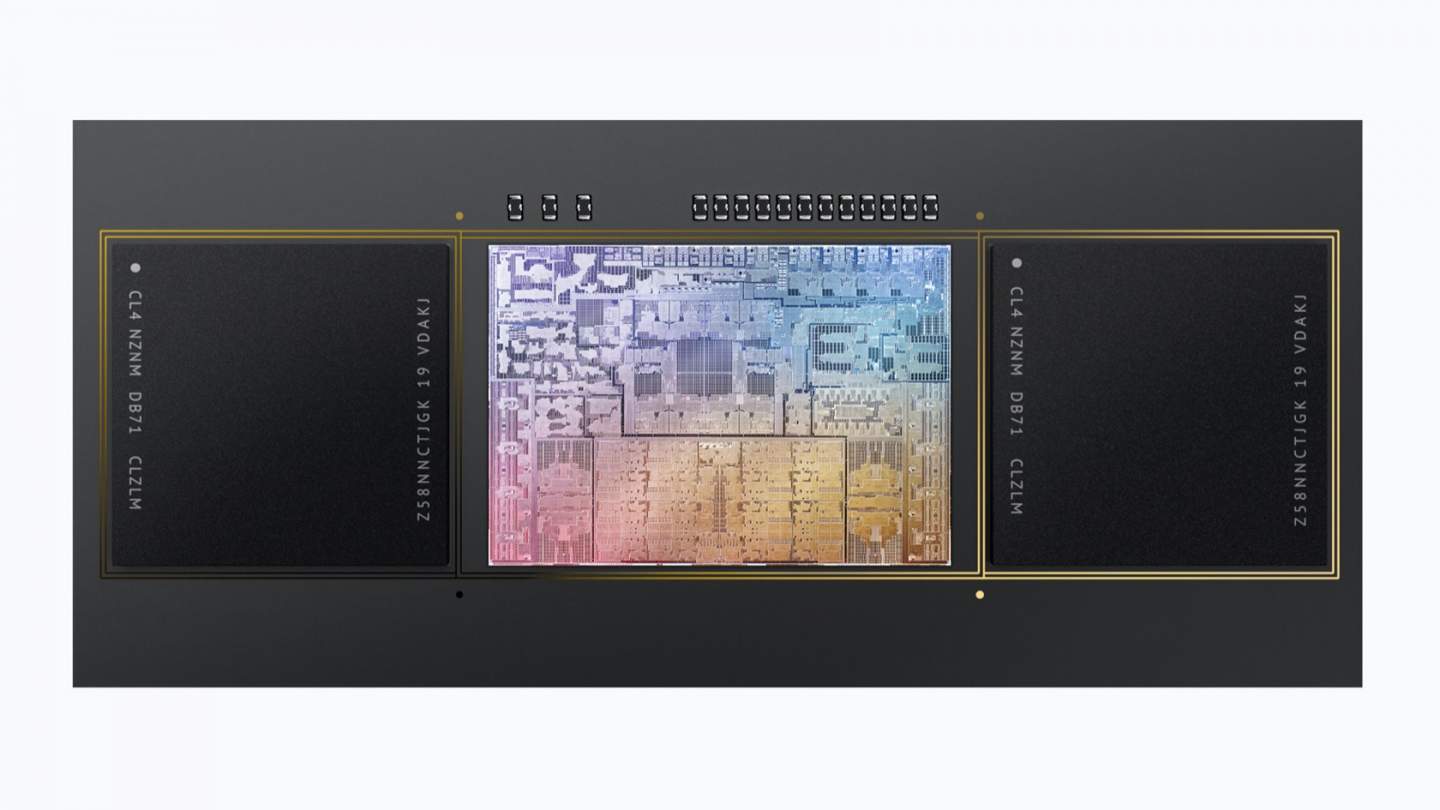 The upgrade options are a 10-core CPU version (with eight performance cores and two efficiency cores) and either 14-core GPU or 16-core GPU. 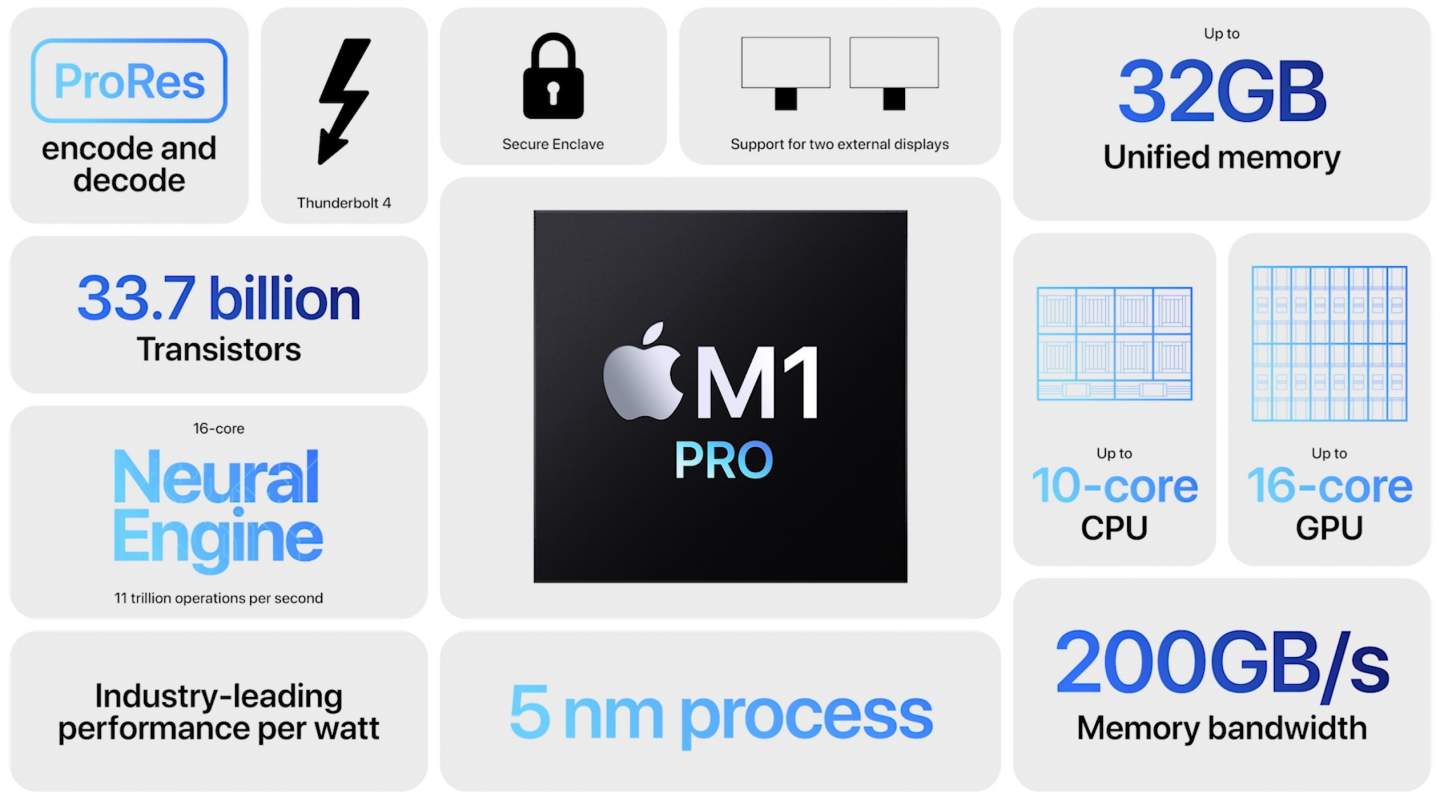 Both versions have a Media engine with hardware-accelerated H.264, HEVC, ProRes, and ProRes RAW. There’s also a video encode engine, a video decode engine, and a ProRes encode and decode engine. It can drive up to two external displays. 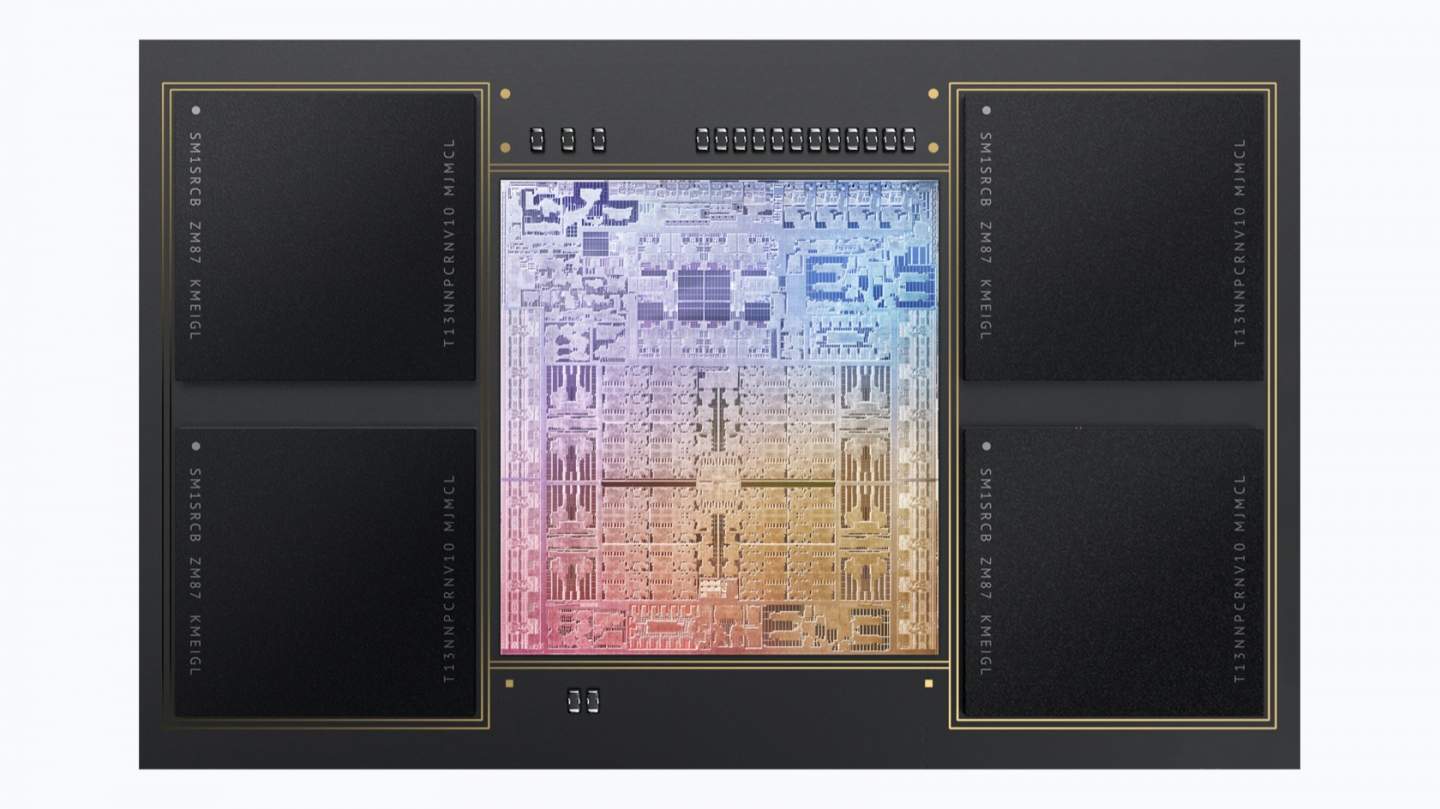 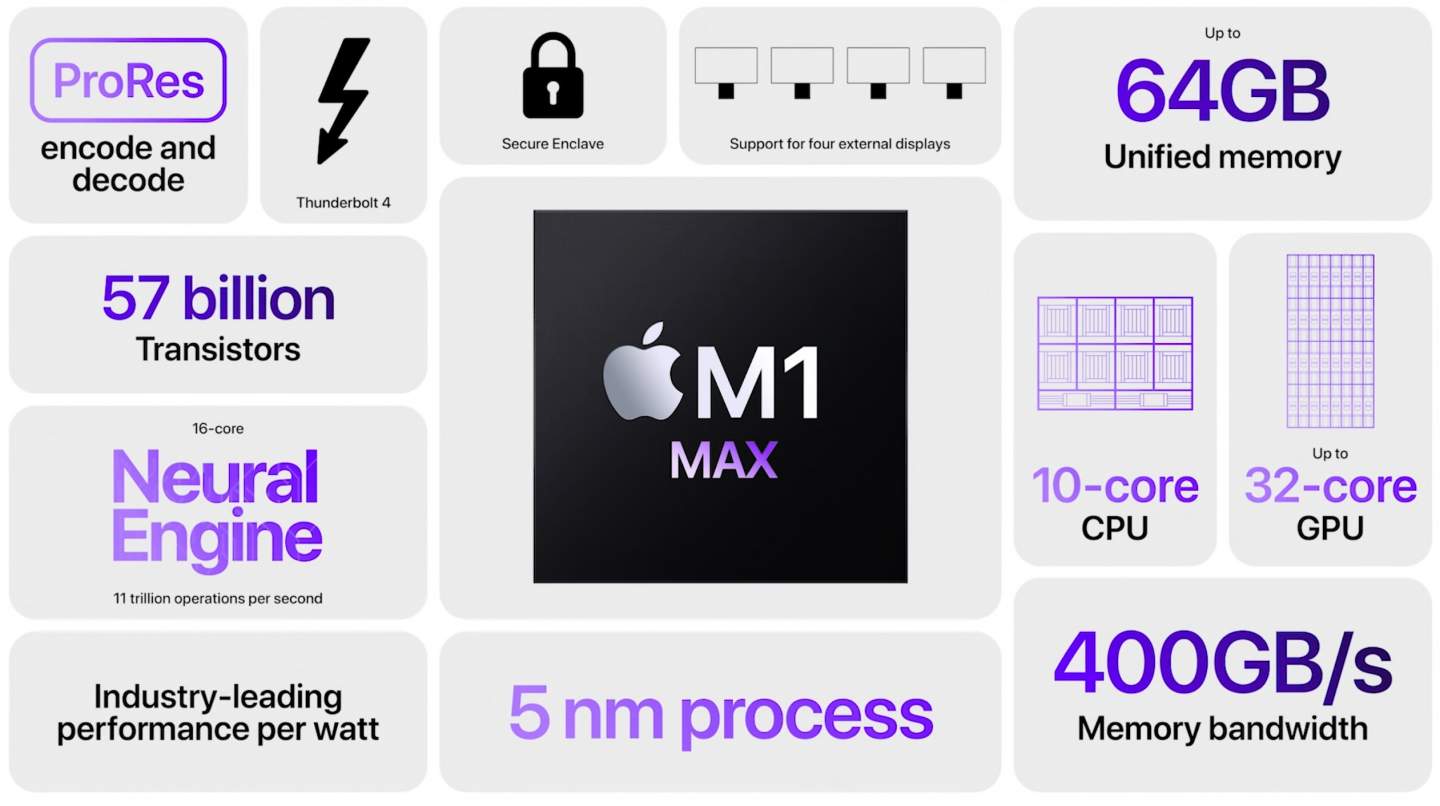 There’s support for up to four external displays, too, handily addressing one of the more common complaints among power users for the M1-based Macs.

Unsurprisingly, all that makes for some darn fast chips. Compared to the M1, the M1 Pro’s CPU is up to 70-percent faster, while the GPU is up to 2x faster. 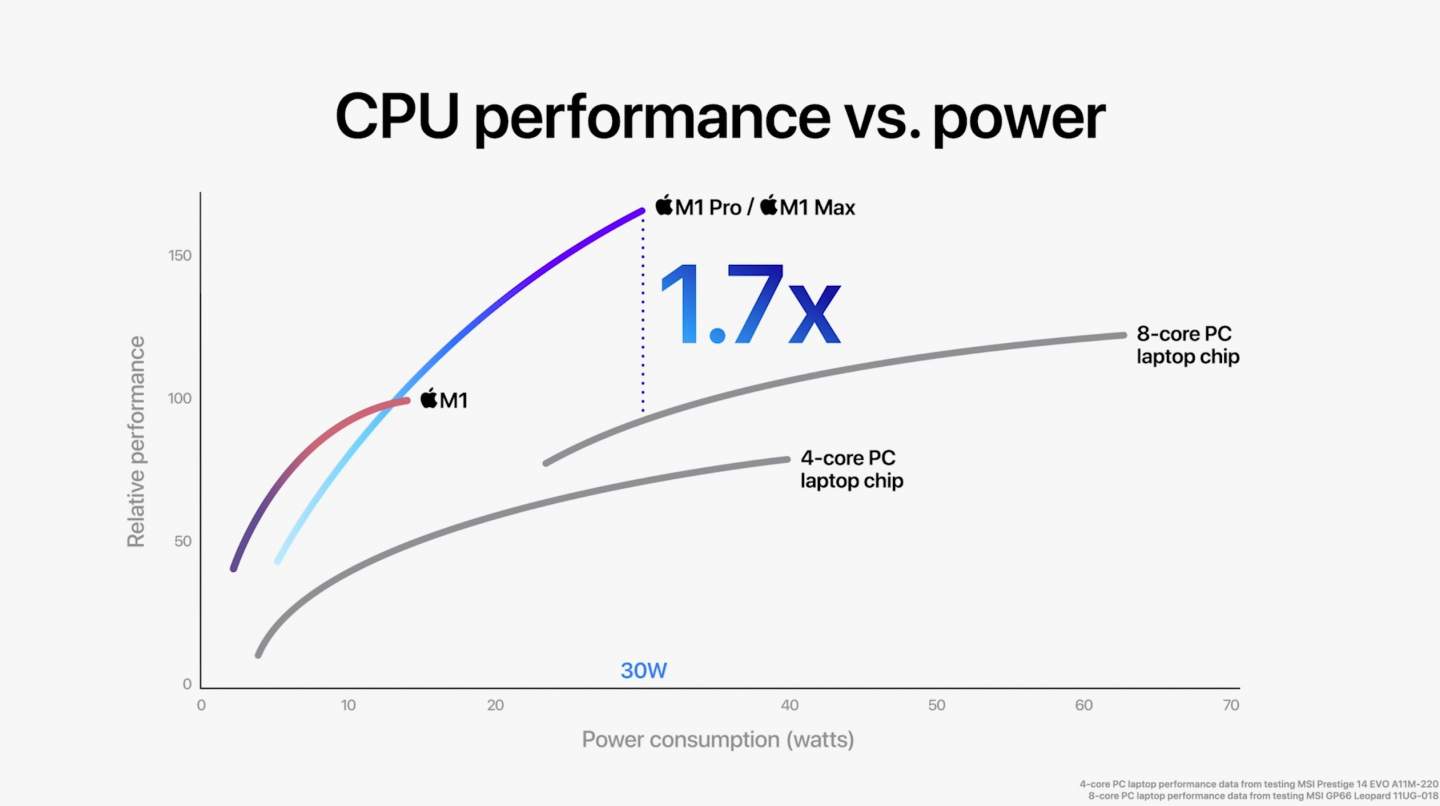 Things get even more impressive with the M1 Max. There, the GPU is up to 4x faster than with the M1, Apple claims. In configurations with the 400 GB/s memory bandwidth, that’s nearly a sixfold increase over the M1. Compared to the M1 Pro, the M1 Max can deliver up to twice as fast video encoding.

Apple’s other big boast for the M1 Pro and M1 Max is how efficiently they wield their power. As you’d expect, traditional x86-based notebooks are in the firing line, and Cupertino’s claims are significant. 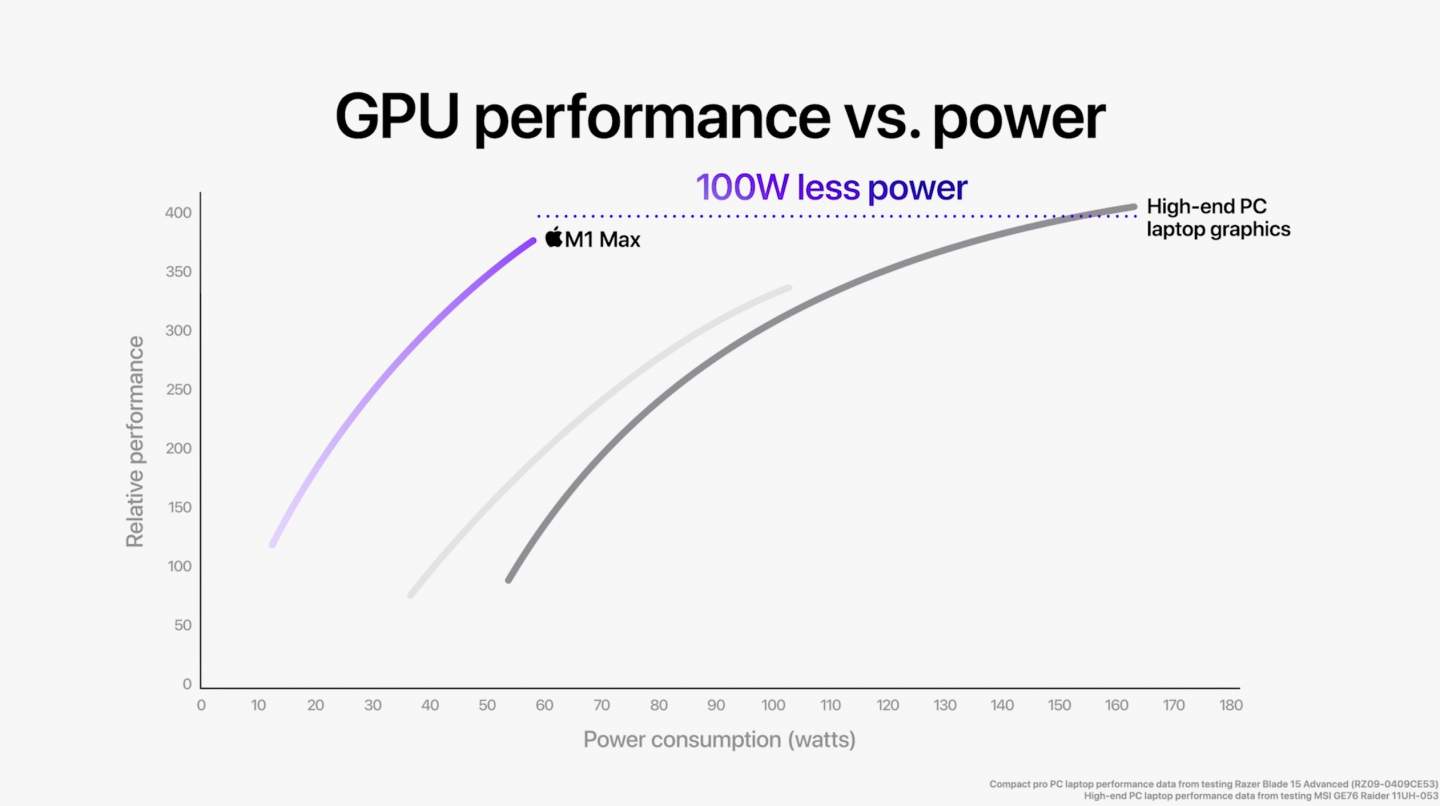 Compared to an 8-core PC laptop chip (in an Intel-based MSI laptop) the M1 Pro and M1 Max deliver up to 1.7x the performance at 30W. Matching peak performance of that Windows laptop involves 70-percent less power consumption on the Mac, too. 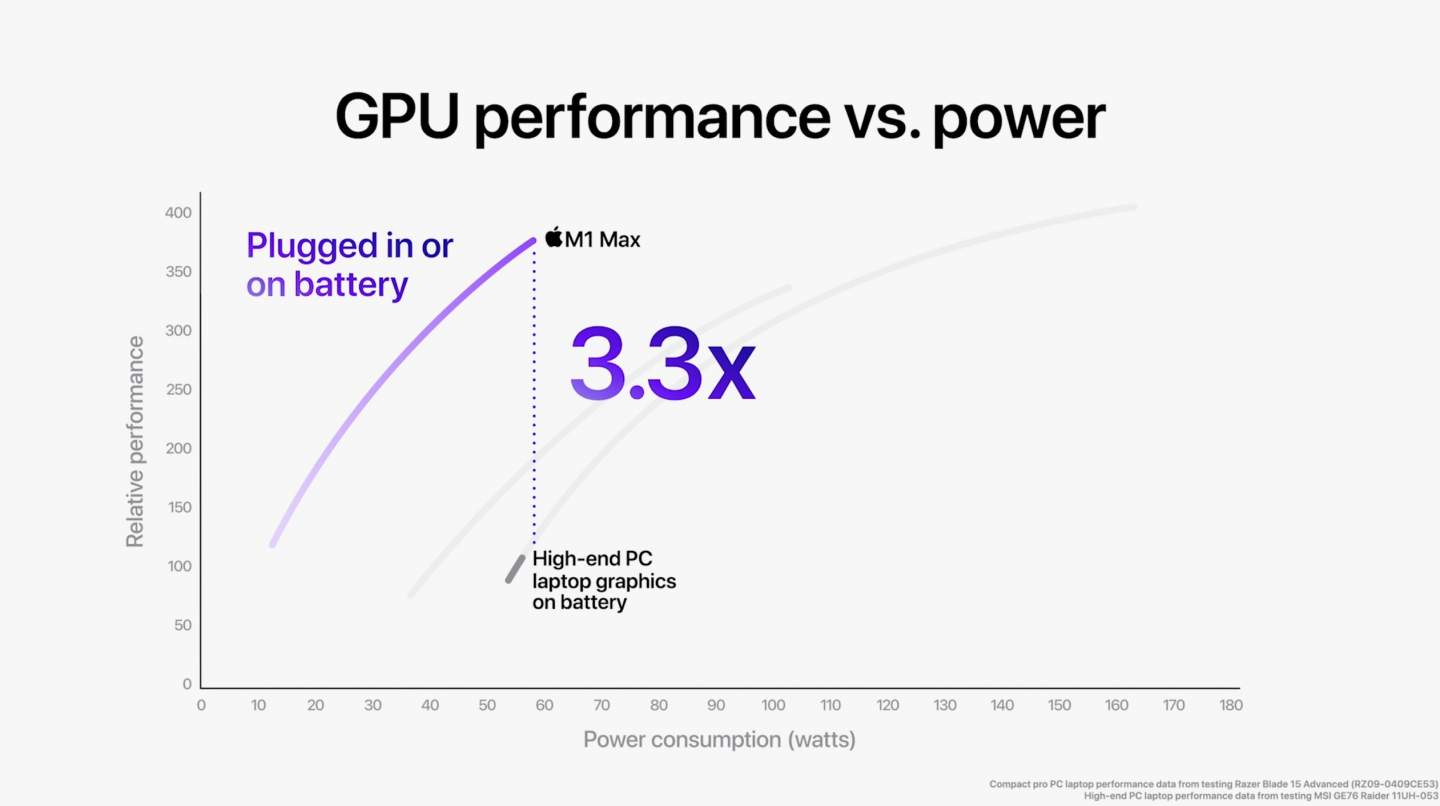 The new 14-inch and 16-inch MacBook Pro (2021) models are available to preorder now. Of course, in time we’re also expecting to see Apple roll out the new M1 Pro and M1 Max to other products in the Mac line-up.