Gently I stroke the top of the robot’s head and, with a delighted bloop, he comes alive, eyes smiling as he looks up at me. I may be a cynical British tech journalist but I still catch myself grinning in response, and anyway, I can’t blame myself too much for anthropomorphizing the latest attempt at a robotic family companion to grace CES. Kuri’s creators, Mayfield Robotics, have put personality front and center in their efforts to crack a surprisingly stubborn segment.

First, the basics. Up for preorder today with a $100 deposit, Kuri isn’t a functional ‘bot like a Roomba, or a science project like LEGO Mindstorms. Instead, US-based Mayfield Robotics has set itself a tougher challenge, to create another member of your family. 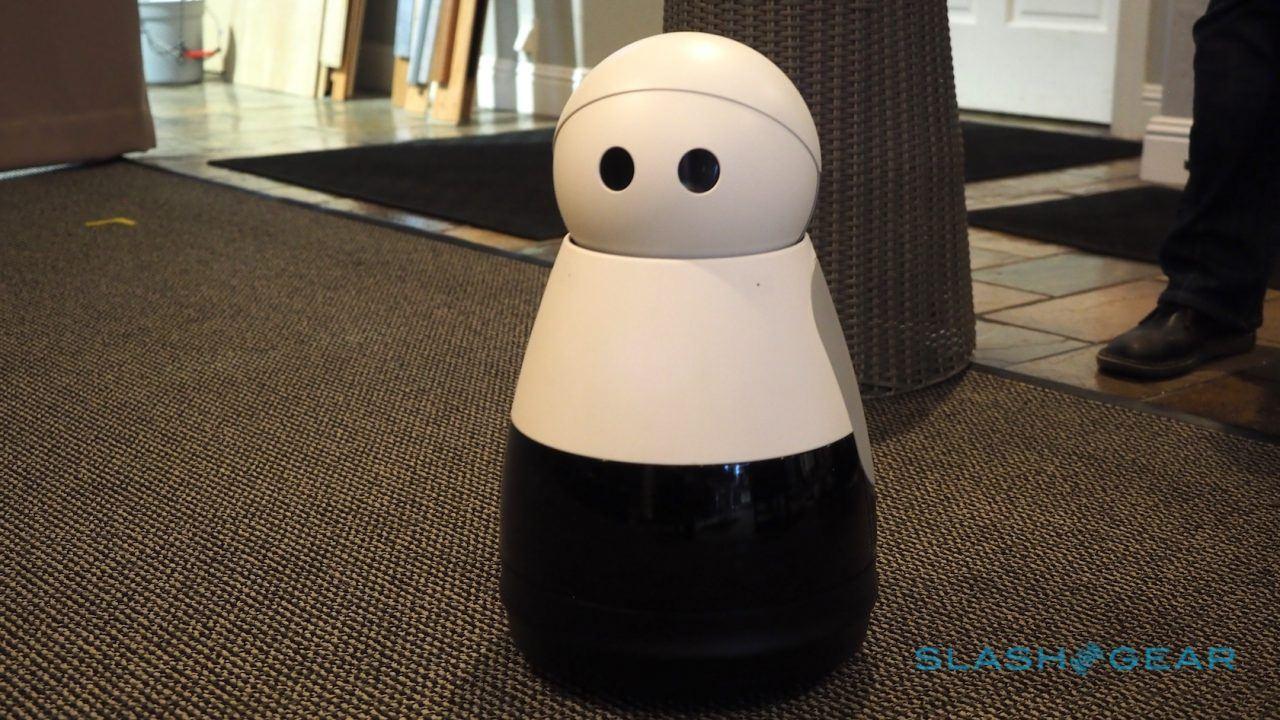 There’s something of the Disney movie robot about him which adds to the charm. Standing 20-inches tall and weighing 14 pounds, arms permanently held at his sides, Kuri could be mistaken for a penguin, or perhaps a little cleric with his skullcap. When he catches sight of you he chirps excitedly, head twisting to keep you in view.

Even with all the cuteness, you’re allowed to be skeptical; I know I was at first. The past few years haven’t been short on attempts to take advanced robotics mainstream, but neither have they lacked delays, disappointments, and outright failures. Projects like Jibo have had splashy debuts but failed – so far – to deliver; those home robots which do reach store shelves are all too often little more than remote control toys. 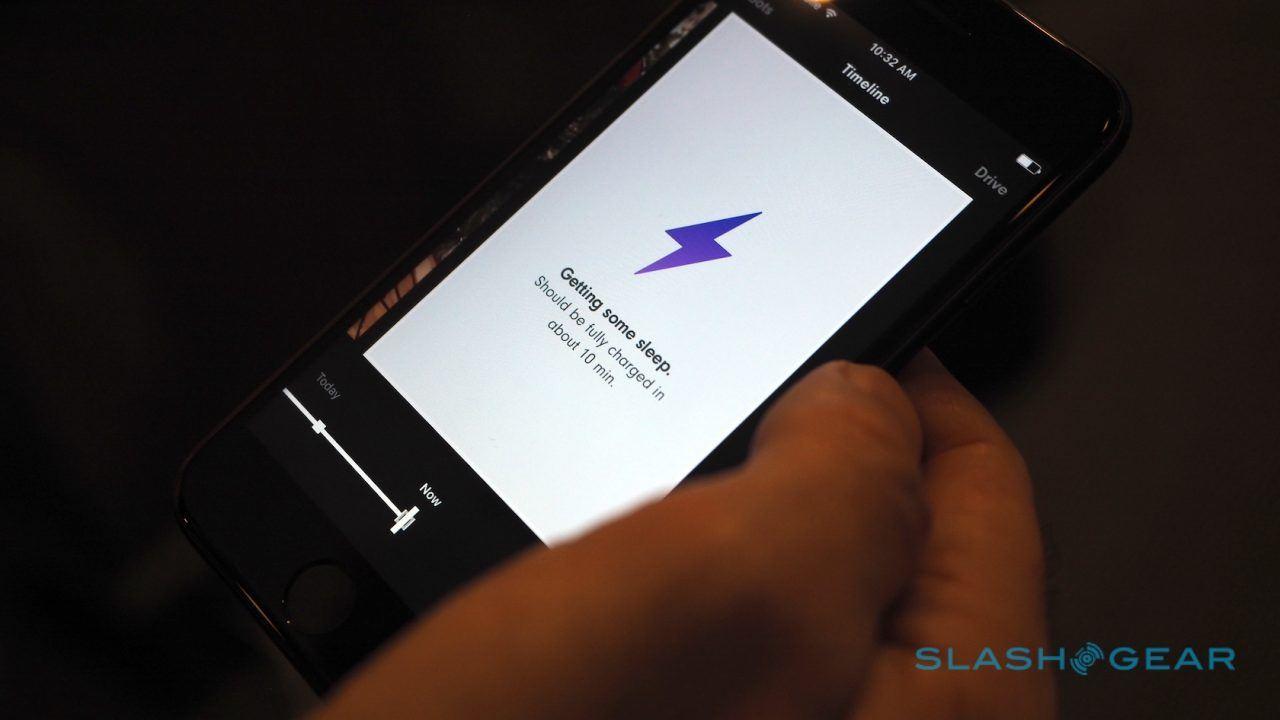 It’d be easy, therefore, to look at Kuri and see another expensive toy. Certainly, priced at $699, it’s not a cheap addition to the home; it’s also not shipping until the 2017 holidays, either. Over a couple of visits to Mayfield Robotics in their Redwood City, CA headquarters, though, I found myself thinking that, of all the robo-startups I’ve spoken to, this may well be the most likely to succeed.

There are a couple of reasons for that, but arguably most significant is who is bankrolling the whole project. Where many robotics projects turn to crowdfunding or venture capitalists to get off the ground, Mayfield is entirely owned by Bosch, the German behemoth. With its fingers in pies including home appliances, automotive parts, power tools, and more, it has deep pockets and, so Mayfield CEO Mike Beebe explained to me, two very specific interests in startup culture and home robots.

As he describes it, Bosch is a big company fascinated with the potential lessons that could be learned from small, aggressive startups. That spawned the Bosch Startup Program, an incubator within which employees with an interesting idea could test the waters to see if it had commercial potential. At the same time, Bosch execs could observe how the project operated and extrapolate broader insights that its business as a whole could benefit from. 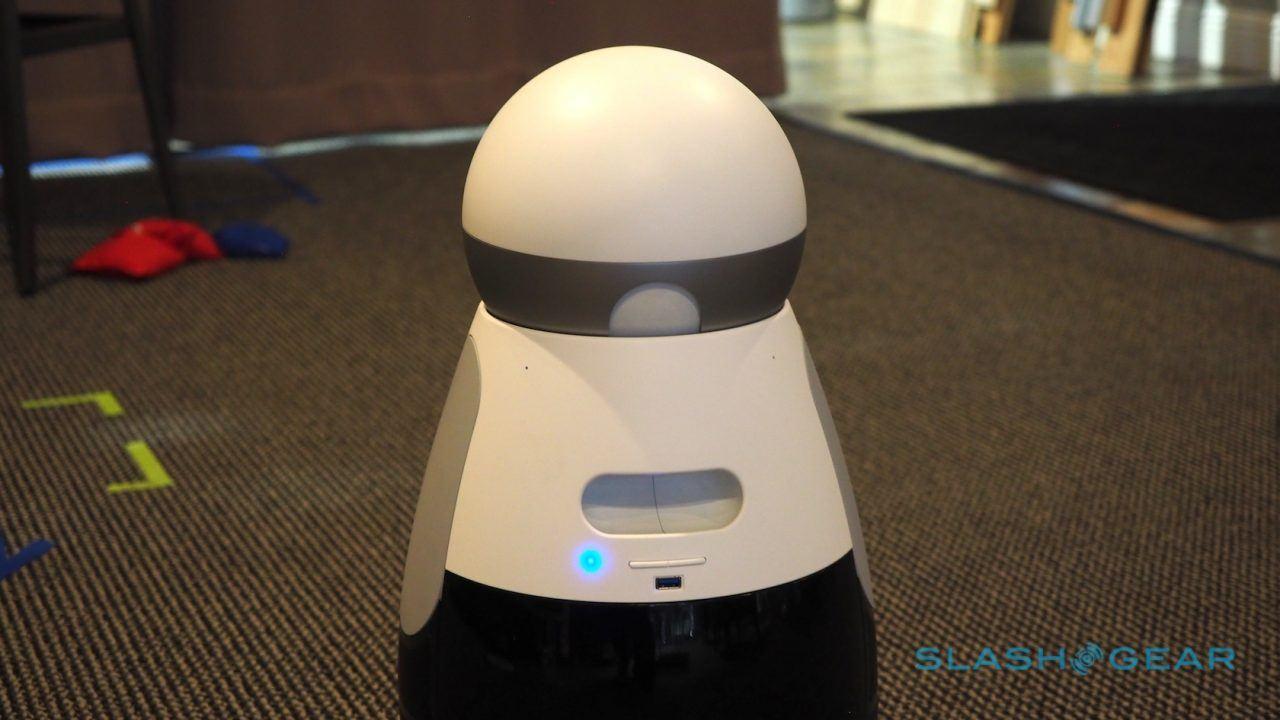 It’s that incubator to which Mayfield Robotics co-founders Sarah Osentoski and Kaijen Hsaio – now chief operating officer and chief technology officer, respectively at Mayfield – took their idea for a home robot. Both had worked on robotics in other Bosch divisions before, and the idea coincided with interest at their employer in the fledgling segment.

“Their big question, they want to figure out if home robotics is A Thing and what does that market look like?” Beebe says of Bosch. A friend of both Osentoski and Hsaio, and co-founder of Matterport, Beebe joined Mayfield in February 2015, a month into operations. The lure, he told me, was the idea of getting to work on something with two close friends, but also the liberation that came from not having to deal with VCs. 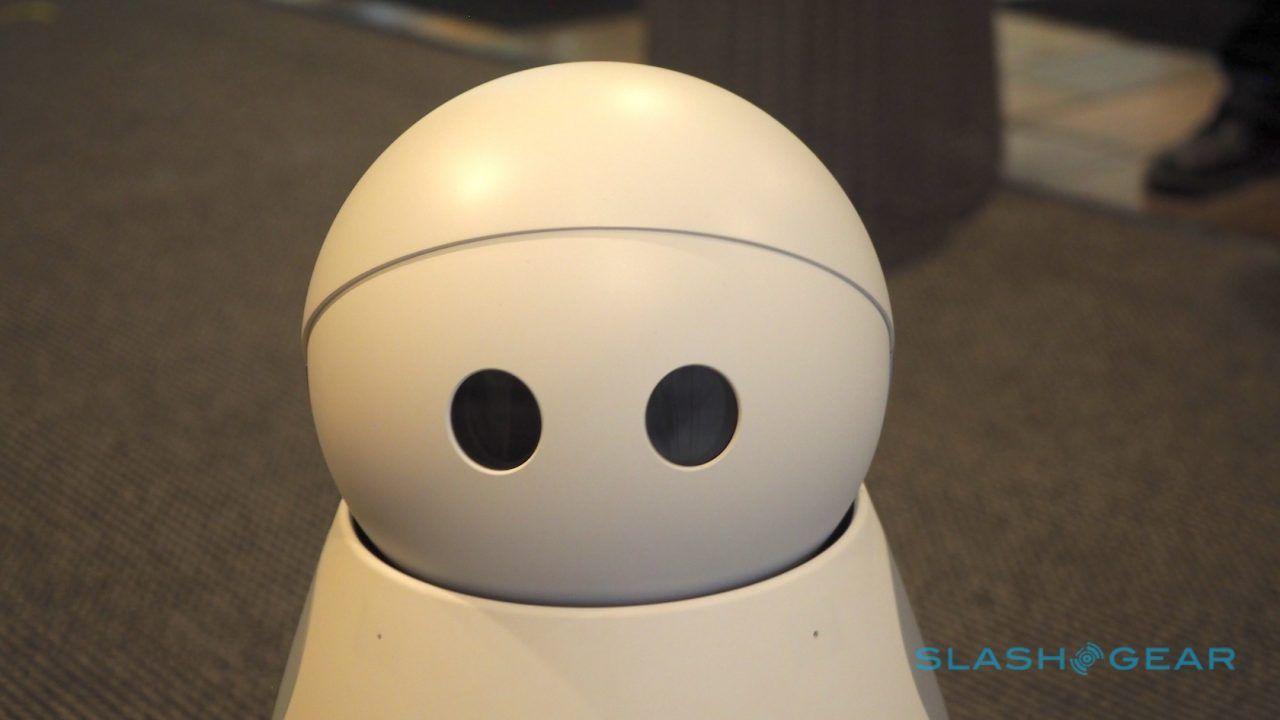 When you’re hunting for financing – whether from a traditional venture capitalist or from the public via Kickstarter or Indiegogo – “you have to sell the dream,” Beebe told me. If you can’t convince potential backers that you’re making something incredible, you don’t get the chance to try: however, it’s all too easy to over-promise and under deliver. My last visit to Mayfield coincided with Pebble being bought by Fitbit and a frenzy of backer outrage, something Beebe and the team are keen to avoid. “Once you inspire that kind of passion it’s incumbent on you to deliver that promise.”

In contrast, Bosch is fairly hands-off with the day to day running of Mayfield, not to mention pragmatic. It means Osentoski, Hsaio, and the other engineers had a chance to build prototypes and get feedback for almost two years before “banging the drum” publicly. Bosch, Beebe says, “have the patience for it,” as well as the understanding that comes when you make millions of different physical products every year. 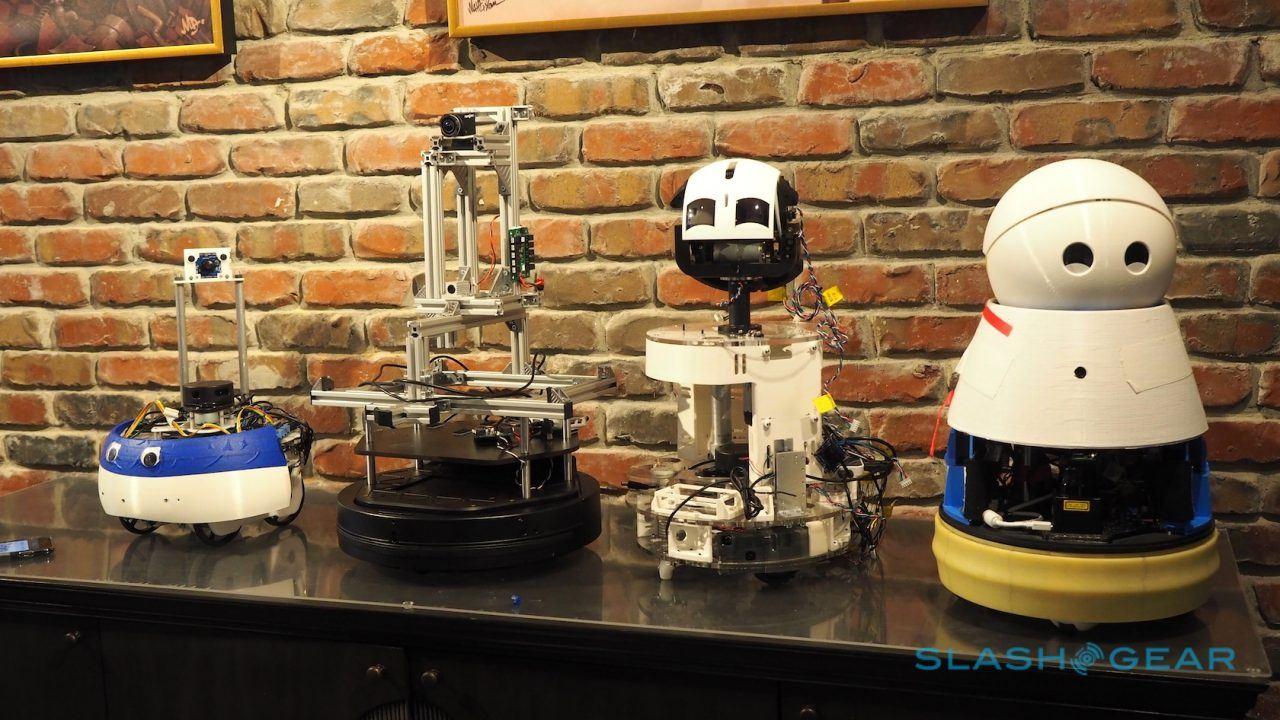 It means execs not blanching at test production runs or the cost of tooling, “because their corporate parent isn’t skittish about manufacturing or about long-shots,” Beebe explained to me, contrasting that with VCs who are generally less familiar with production. More than that, it’s also a great source of guidance. “The advice we get from them,” the CEO says, “is very, very on point.”

Altogether, it gave the three and their company a chance to go back to basics on what a home robot should be. Kuri is “earnest and helpful,” Osentoski tells me, and “closer to an intelligent pet than a robot butler” according to Hsaio. He’s less about outright functionality, and more about adding to a family.

“We really fell in love with the emotional component,” Beebe told me. That means plenty of technology, yes, but delivered in a way that focused on personality and the ability to connect. Kuri may be a computer at heart, but he has few of the traditional tells. 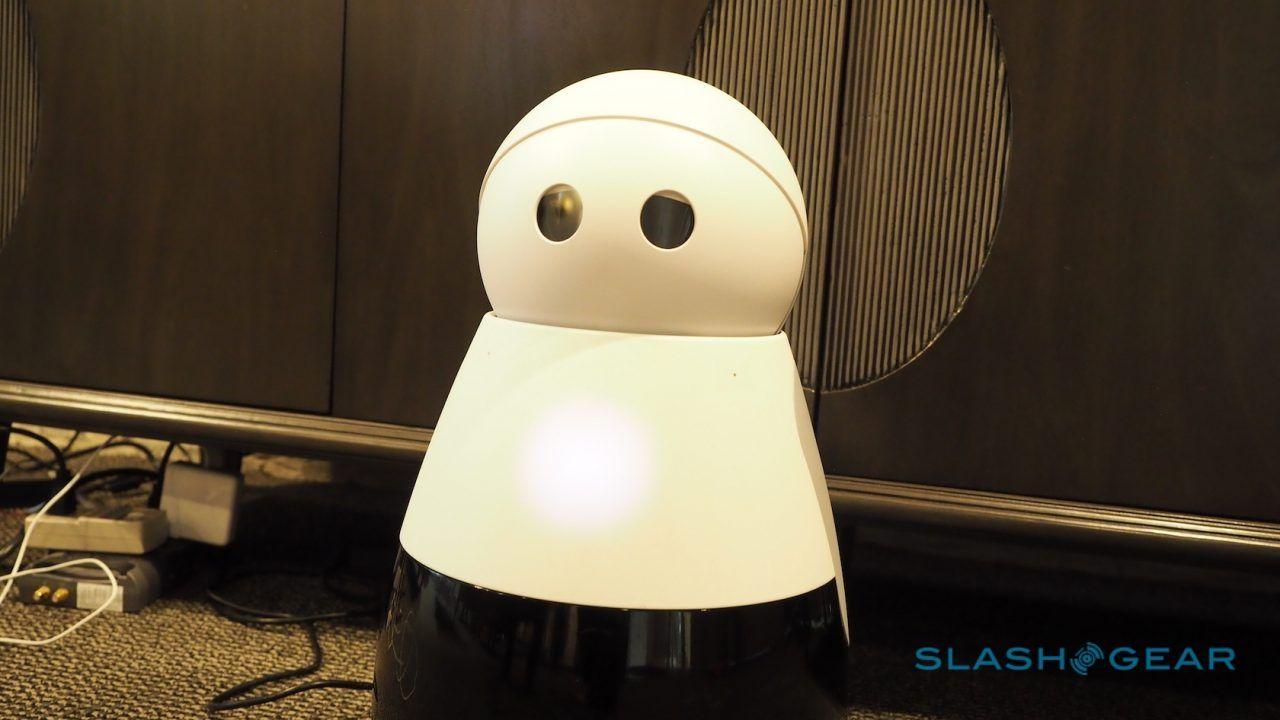 There’s no display or touchscreen, for instance – “that’s not lovable,” Beebe argues – nor does Kuri have a robotic voice. And, while classical robots like the Smith family’s B-9 from “Lost in Space” may have had dry, sardonic humor to personalize them, Mayfield’s robot shouldn’t ever lose its cool. “Kuri will never get angry,” Hsaio insists to me, “our robot is not angry and it’s not snarky.”

Think playful and inquisitive instead. Kuri will respond to noises heard, roaming off to find out what happened; it can snap a photo or video and send that back to the companion app for iOS and Android. Voice commands will be supported, though Mayfield is still deciding exactly what features Kuri will launch with. Right now, the thinking is the ability to read stories and play music, follow you as it plays your favorite podcast, and act as a mobile camera, all launched with a “Hey Kuri” command. 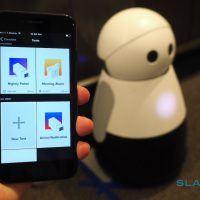 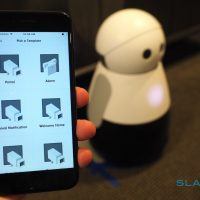 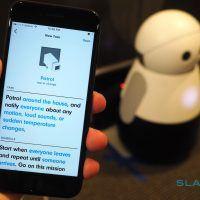 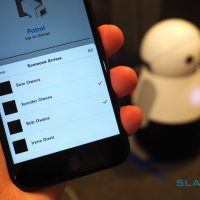 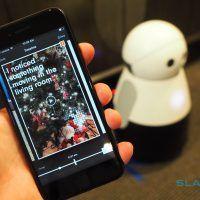 For instance, courtesy of facial recognition and voice control, you could ask Kuri to go find mom and take a photo of her, or sing her a song. Mayfield’s app is a work-in-progress still, but the version I tried has a simple IFTTT-style programming interface from which surprisingly complex instructions can be built up. Kuri could react to certain people in different ways at different times of day: sending a photo of a kid arriving home from school to parents, after spotting and identifying them walking in through the door, for instance.

Those applets will live in the companion app for manual triggering, or you’ll be able to take full control from afar and pilot Kuri around like a remote-control toy. However, the expectation is that it’ll also engage more proactively: the app’s home screen is a timeline of notifications and updates from the robot, whether they be a photo of a family member or pet that Kuri thinks you’ll enjoy, or an update on a sound or movement it spots as it goes walkabout. 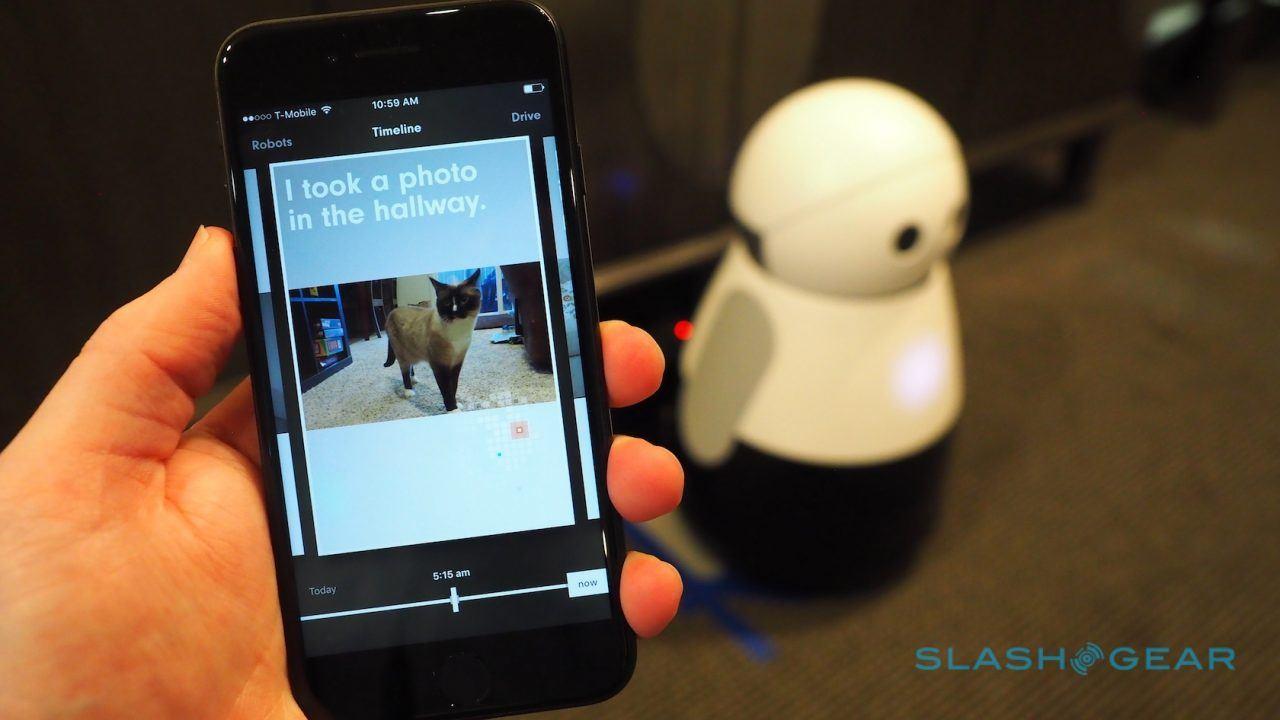 Inside that adorable shell? Kuri uses a 1080p camera in the robot’s eyes, along with a quad-microphone array spread around its neck that can be used to pinpoint where sounds came from. Stereo speakers are in the lower section, along with a laser-based sensor array to map the room and avoid obstacles. Twin motors are apparently powerful enough to navigate various flooring types, including rugs and carpets, and once the battery’s “hours” of runtime are done, Kuri will automatically trundle back to a charging dock.

With no ability to speak recognizable words – Kuri will bleep, bloop, and chirp, mind – and no display, the robot turns to more general cues to get its message across. The head moves and the eyes open and close, while a multi-color light in the chest convey personality and mood. Capacitive touch sensors in the head, meanwhile, allow Kuri to respond to human contact: you can gently tap or stroke to wake him, for instance. 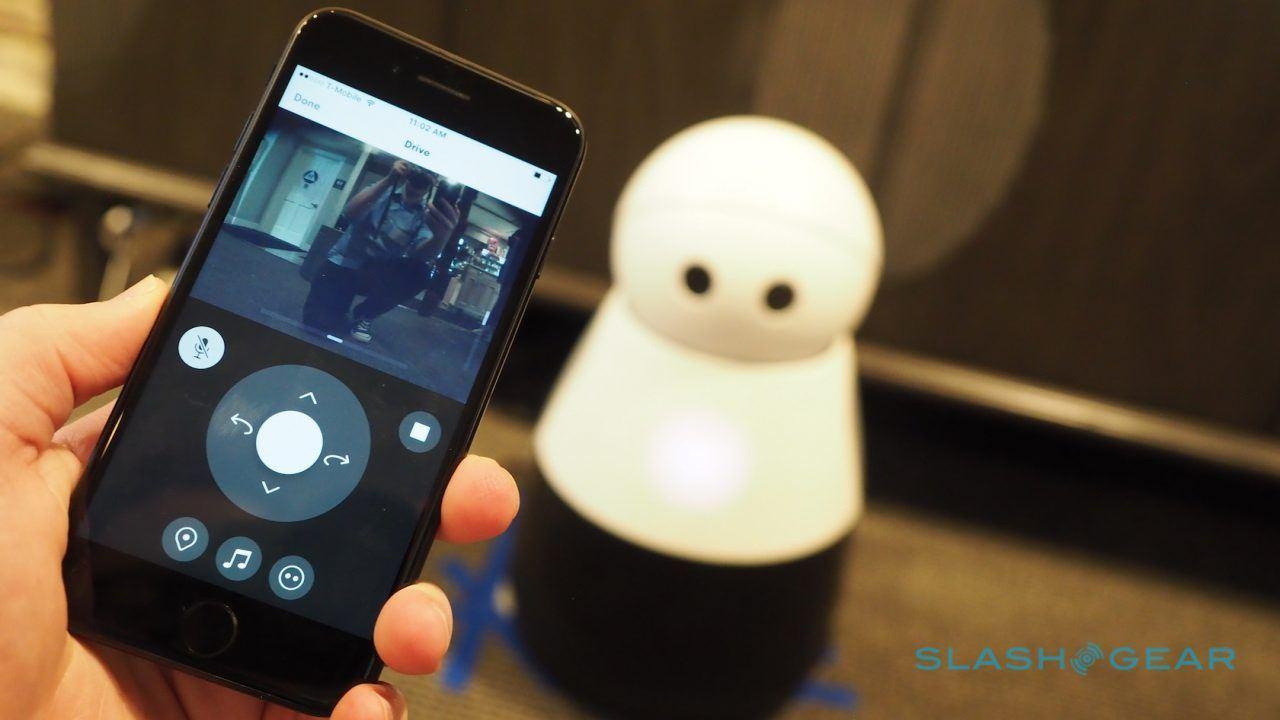 My biggest question probably won’t be answered until closer to the 2017 holidays, when Kuri’s launch abilities are finalized. In my own experience – and as someone who has loved the idea of having a “robot friend” from a young age – there’s a gulf between “beep and dance occasionally” and true robotic personality that no domestic robot has ever managed to cross. The “robot friend” idea fails if I have to program or trigger everything myself.

Mayfield’s real-world testing over the past two years has seen various families live with Kuri for weekend trials and such. “It quickly becomes something the family rallied around,” according to Chris Matthews, VP of marketing at the company. Yet a truly adaptive personality engine will have to wait until future updates, feeding on attention and other cues to adjust how eager Kuri is to interact and how much it does on its own initiative. 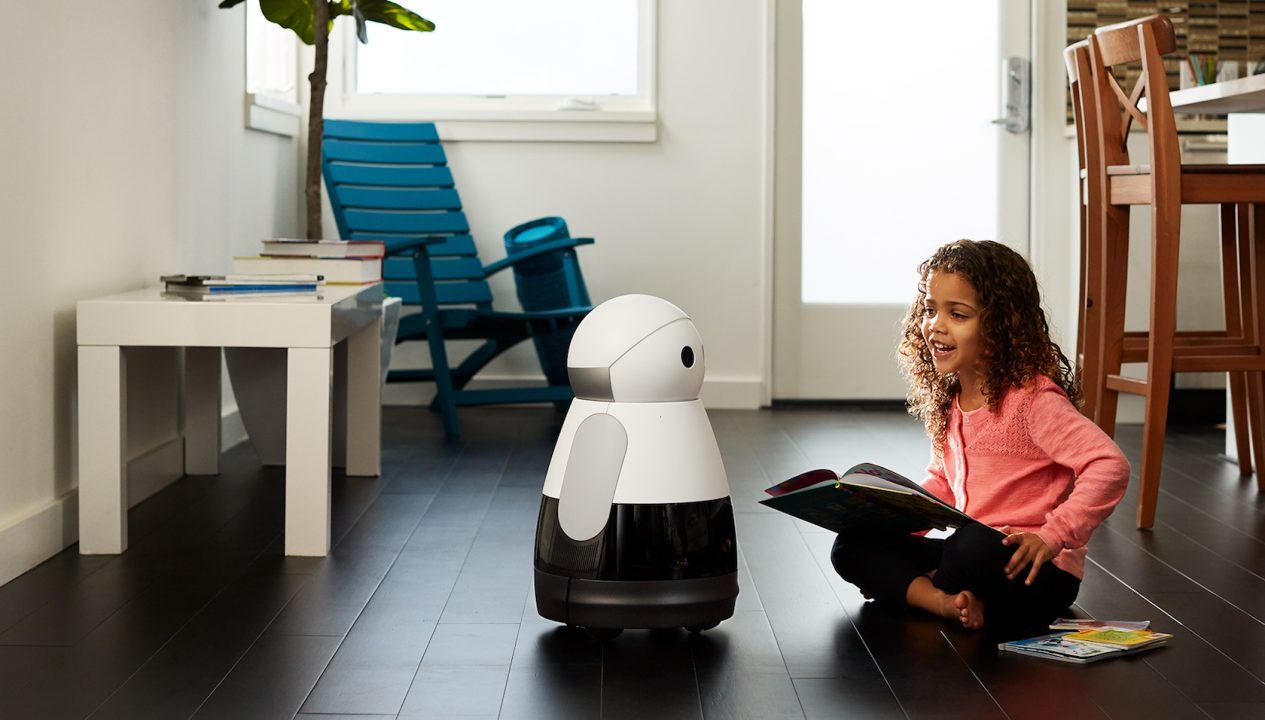 That’ll be shaped over the roughly twelve months between now and shipping. With the public debut done, Mayfield plans to take Kuri out to meet more people and gain feedback: it’ll probably show up at SXSW 2017, for instance, and do more in-home trials as the company, Matthews, puts it “help further establish what home robotics is.”

Not everyone will necessarily agree with their conclusions, but Beebe is okay with that. Similarly, while he’s confident Mayfield has its timing right – “I would be very surprised if people decided this wasn’t the time for home robotics” – and that Bosch will conclude that home robotics is, indeed, “A Thing” he’s not worried that the plug will be pulled if Kuri doesn’t get the reaction from buyers that the team is hoping for.

“I’m sure that Kuri will be even more adorable when he shows up on their doorstep than they imagined him to be,” he told me. And if not? “Well, we try again.” 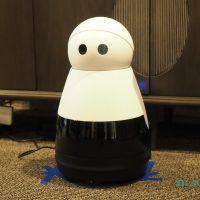 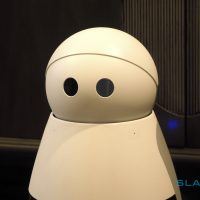 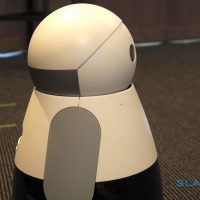 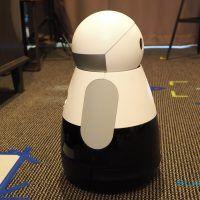 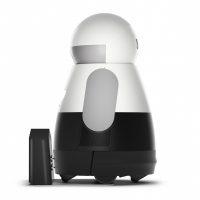