If there’s one thing that the past decade has done more than any other before it, its bringing back sequels to movies, video games, and other media franchises. Or rather, media one-offs that have become franchises now that they’ve been revisited so very many times. In the case of some video games, like Max Payne 3, this can be a very good thing. Today Rockstar Games reveals Max Payne 3 in a full-fledged preview in awesome, awesome 720p HD. You’ll see the new storyline, the intensity in the details, and what many may call a whole new non-noir look for the series.

What’s more is that, just like what they did in the TRON film series, the amount of time that’s passed between installments in the series is the same amount of time that’s shown to have passed inside the game’s storyline. Eight years and it seems that Payne is now in the gutter. He’s not a cop anymore, he works for what may well be dirty money, and he’s got one heck of a pill and booze addiction. Sound like your kind of superhero?

Payne’s charge is the wealthy real-estate tycoon Rodrigo Branco, the series taking place in Sao Paulo. One of the family is kidnapped, and guess whose job it is to take out the bad guys?

There’s another game out there right this second made by the same group of developers that you may have heard of: Red Dead Redemption. Updates to the cover system (compared to the rest of the series), bullet-time slow motion action, and the overall look of the game will have RDR or “Dead Eye” fans beaming. This game will also be the first Max Payne game to feature online multiplayer including everyone’s favorite deathmatch modes. 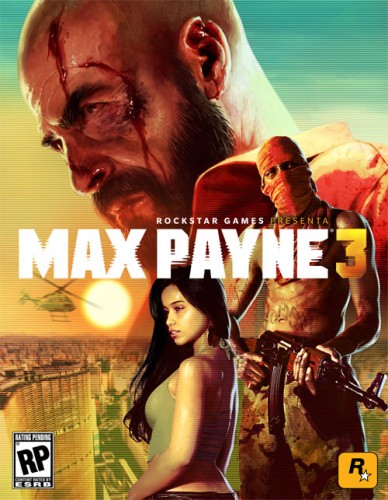