One of the more offbeat big-name shooting drama games in the industry is about to have it’s next chapter, and Max Payne 3’s multiplayer mode is about to get its first video demo. This game is one known for its in-depth and often gruesome storyline, cop-drama-like action, and in its most recent iteration, Big Lebowski-like feel. What Rockstar Games is offering up today is a glimpse of what it’ll look like to play multiplayer dude action.

Max Payne 3 is a game that’s set for mid-May of this year for both PlayStation 3 and Xbox 360, and the purchase of this title hinges on the quality of the multiplayer gaming mode you’re about to see here. Inside multiplayer mode you’ll be working with gangs, fightings opponents with your partner Raul, and generally massacring anyone who gets in your way. The difference between this and the one-player mode is the near-destruction of the storyline and the ability to become your partner should he (or you) be killed.

You’ll also be working with Bullet Time to slow down time and dodge bullets – the Matrix lives on here in the Rockstar universe, that’s for sure. This version of the game is called Payne Killer, and will be ready to go by the time the game is launched in a month and a half. Have a peek at tell us what you think of online multiplayer mode. 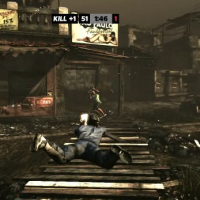 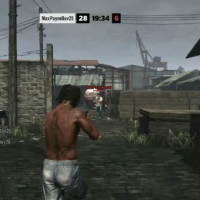 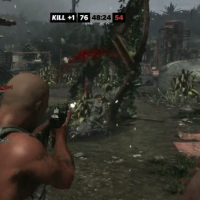