When you’re a real hardcore comic book collector, you don’t often think about the idea of owning every single comic book ever made – but Marvel does. As one of the most well-known and well-read comic brands in the industry for many, many years, Marvel Comics began ushering in the digital age several years ago with digital versions of their illustrated stories on the web – and more recently in mobile apps. Now they’ve brought their ultra-popular unlimited access pass to a 13,000 comic collection – nearly their whole back-catalogue spanning over 70 years – humongous!

The difference between this app and the already released Marvel Comics app for iPad is your ability to see new issues. With Marvel Unlimited you’ll be limited to comics as recent as 6 months – for some of the most ravenous storyline addicts, this will be a bit of a boon. If you want to read entire collections of comics long gone, on the other hand, Marvel Unlimited will certainly be right up your alley. 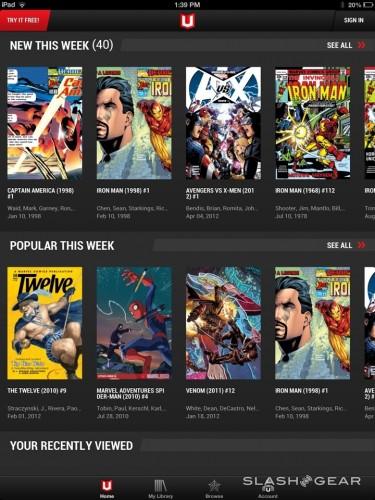 The app itself is free from the iTunes App Store and you’ll be able to pick it up for either your iPad or your iPhone – or both, if you’re feeling like reading all the time, no matter what, non-stop. You’ll see both the Marvel Comics app and the Marvel Unlimited app in the store – feel free to pick them both up for more comics action than you can possible handle.

You’ll find that some comics have special ways of walking through their pages while some are much more traditional. If you have a peek at a new (and free) edition of Guardians of the Galaxy, you’ll find each tiny panel popping up with speech bubbles depending on who speaks first and which action happens when. If you check out Uncanny X-Men Volume 1, Issue 500, you’ll be able to zoom in on individual panels with a double-tap, the others being blocked by white while you peek. 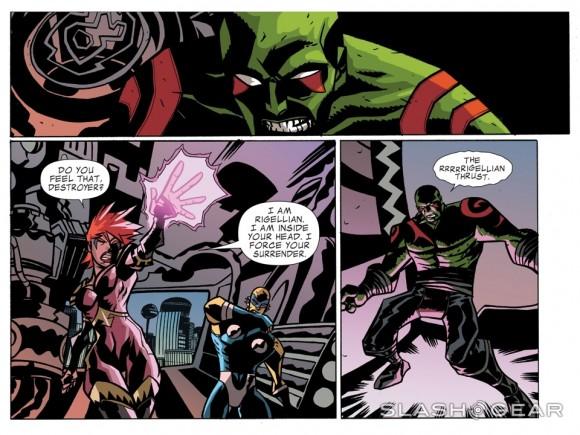 The most traditional way you’ll see comics added to the fold here is a simple one or two page spread. You can zoom in with a pinch or a pull, but otherwise you’re flat as flat gets. Page turning is flat, there’s no extra 3D morphing going on, nothing like that. It’s a real one or two-page experience, front to back. 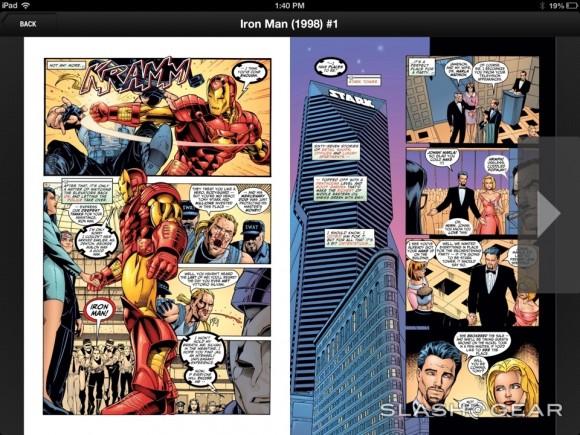 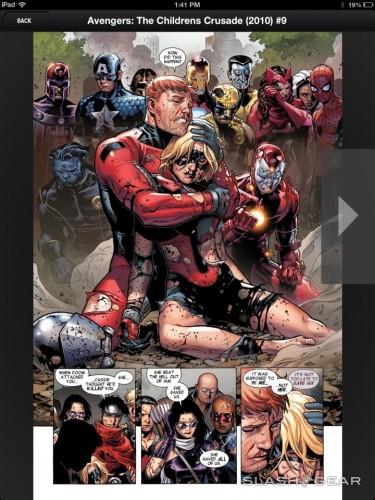 With Marvel Unlimited you’ll be paying either $10 a month of $60 USD for a whole year, and you’ll be able to read comics offline and keep what you want just so long as you’re still subscribed. With the Marvel Comics app you’ll be paying whatever you’d normally pay for each issue, and you’ll have access to “Marvel Now” – each time you purchase an issue in the real world, in a real comic shop, you get a download code that lets you grab it digitally as well. 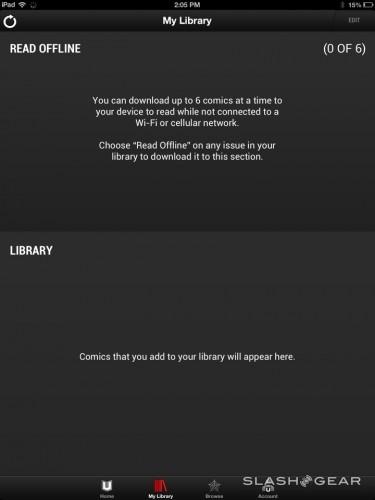 But please, please for the sake of our future generations of comic book fanatics, please put your back issues in sleeves with boards and tape – and don’t smoke! And don’t leave them out in the sun! And don’t let them get damp!