Google announced a major shift for its Google TV last week: a shift to the same ARM-based architecture that runs Android smartphones and tablets. The first partner to jump on board is chip maker Marvell. Their new Armada platform is an integrated ARM solution that it will deliver to OEM partners to include in set-top boxes and all-in-one Google TV televisions. They were showing off the new Armada system at CES, and we snuck in to get a look.

The system works like current Google TV boxes from Logitech and Sony: it incorporates content from a cable or satellite box like the one on display, then controls, records and manages it. The system also aggregates web content via apps, like YouTube, Netflix, Revision 3 and the like. The prototype hardware was shown running the latest version of Google TV with Android 3.2 Honeycomb, so it has access to apps on the Android Market.

The box on display is just a mock-up design for Marvell’s partners, but already it’s considerably smaller and lighter than conventional units. Output includes HDMI and standard RCA. One of Marvell’s unique additions to the platform is integrated upscaling, for the elements of Google TV that don’t look so great on a 1080P television, like icons from downloaded apps. Marvell wasn’t ready to announce its specific partners or their intentions at the show. 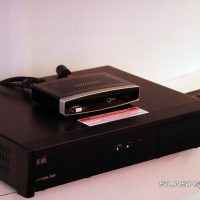 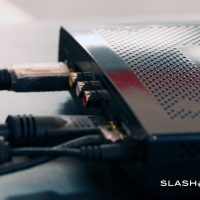 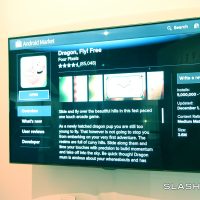 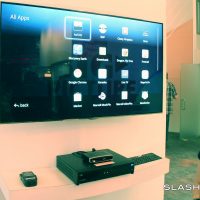 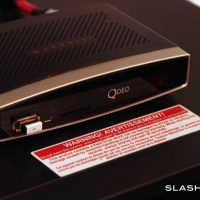 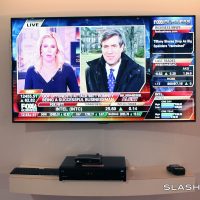