Headphones made by Marshall look iconic. They’ve been making guitar amplifiers for decades, with the same iconic Marshall logo for that’s appeared onstage with countless mega-bands like The Who, Guns N Roses, Red Hot Chili Peppers, and SLAYER. The Marshall brand name’s been on personal speakers and headphones now, too, for a number of years – and the products they’ve released have been pretty decent.

This week the Marshall Major IV wireless headphones were released. These headphones offer “80+ solid hours of wireless playtime,” which is a feat unto itself. They also roll with wireless charging and custom-tuned 40mm audio drivers.

You’ll have the ability to connect wirelessly with this pair of headphones with Bluetooth 5.0. That gives you a Bluetooth range of 10-meters – or you can connect with a 3.5mm headphone jack. The headphones also come with their own long, high-quality audio cord to connect with said 3.5mm socket. Onboard controls are included in a single multi-directional control knob that you’ll see in shiny gold. 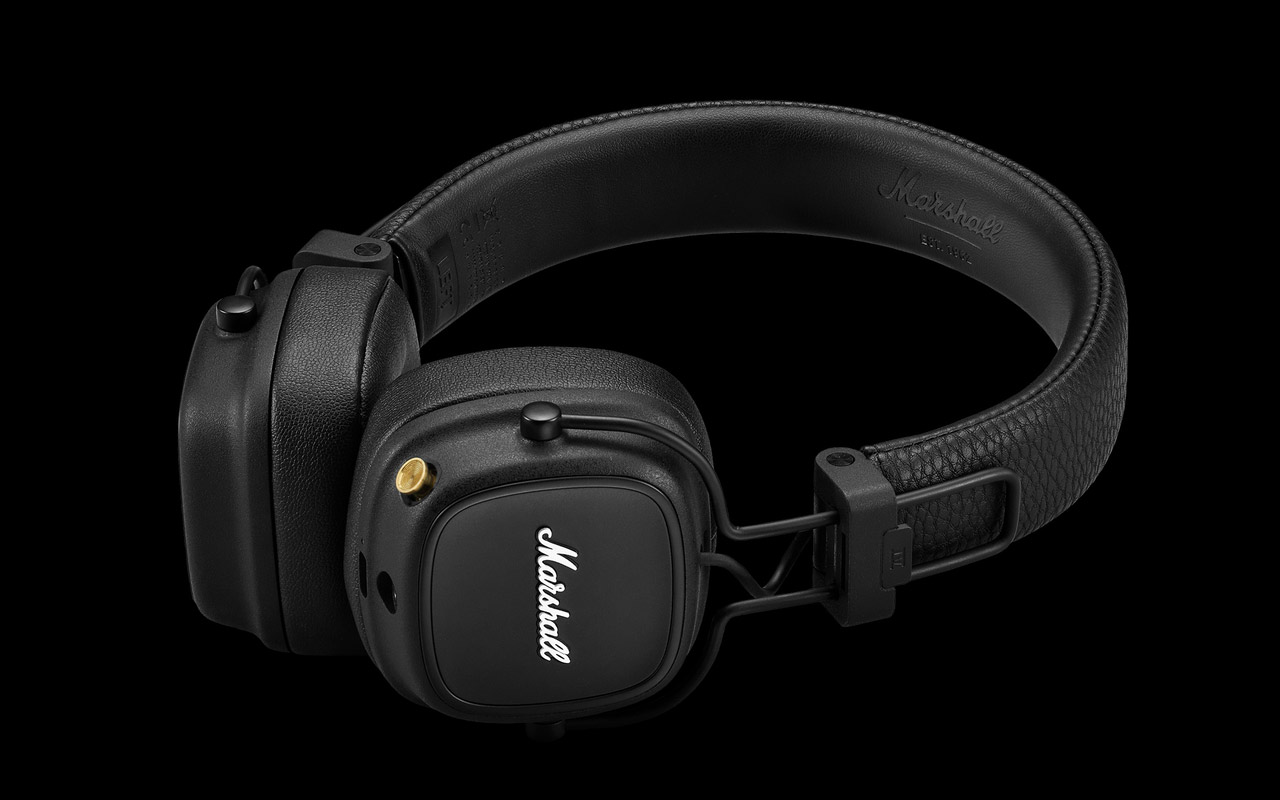 The Marshall Major IV works with an “improved ergonomic design” that includes a soft-touch padding that “more faithfully fit the shape of your ear” even moreso than previously-released Marhshall Major models.