Mars is moist: evidence of water found in surface salt

Because Mars no longer has the global magnetic fields required to retain water like we have on Earth, it’s not likely we’ll find a tiny pool to swim in any time soon. What NASA has found, on the other hand, is new evidence that water can indeed exist on the planet – and that salts on the surface are able to absorb water from the atmosphere, collecting it on land. Again, this isn’t the same sort of water we’re seeing after a long rainfall on Earth – but it is another positive sign for the future, a future in which humans live on Mars for long periods of time.

As you’ll see here, water vapour isn’t unheard of on Mars. Nor is frost. Under the surface of the harsh, seemingly dry dust of the planets surface, ice resides under brine droplets / hydrated salts.

NASA’s Curiosity rover has detected the presence of perchlorate salts at the Gale crater on Mars. These salts lower the freezing temperature of water on the planet, and “are able to form stable hydrated compounds and liquid solutions,” according to the paper published by Nature this week, “by absorbing atmospheric water vapour through deliquescence.”

These findings, they suggest, support the formation of night-time transient liquid brines – as you’ll see in the upper 5 cm of the subsurface of the planet above.

Inside the uppermost 15 cm of the subsurface, Curiosity has observed the hydration state of salts consistent with an active exchange of water between the soil and the atmosphere.

Again this does not mean there is life as we know it on Mars. As these researchers suggest, “the water activity and temperature are probably too low to support terrestrial organisms.”

For now, that is to say. Cross your fingers for some Weyland Yutani “Building Better Worlds” action in the future. 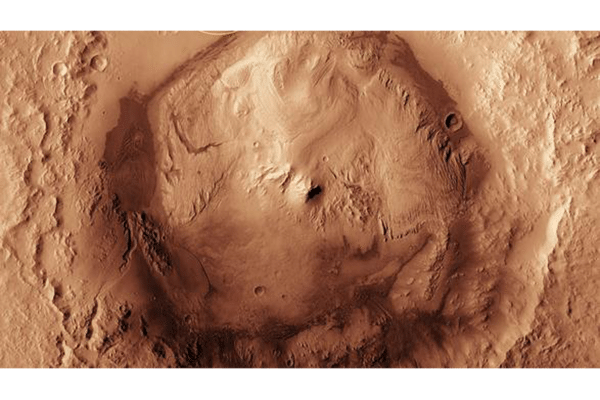 The paper written on this subject goes by the name “Transient liquid water and water activity at Gale crater on Mars.” This paper was published this week Nature Geoscience (2015) doi:10.1038/ngeo2412 by a wide variety of researchers.