The Mars 2020 rover has gained its robotic arm, with NASA fitting the SUV-sized robotic explorer with the primary tool with which it will perform experiments on the red planet. The new milestone comes shortly after the rover was shod with its six wheels for the first time, as the countdown to its 2020 launch nears.

The custom milled aluminum wheels – each just shy of 21 inches in diameter – were put in place last week, mounted on a complex series of pivot points and struts. They allow the Mars 2020 rover to spin in place, traverse ruts and trenches as deep as its wheels are tall, and maintain traction across the planet’s soft sand and tougher rocky terrain.

The reason for that travel, of course, is to do scientific experiments and gather up samples, the latter which NASA hopes to retrieve and return to Earth on a later mission. Key to that is the main robotic arm, though the name doesn’t really do the limb justice. In fact, given its scale and articulation, it’s more akin to an elephant’s trunk. 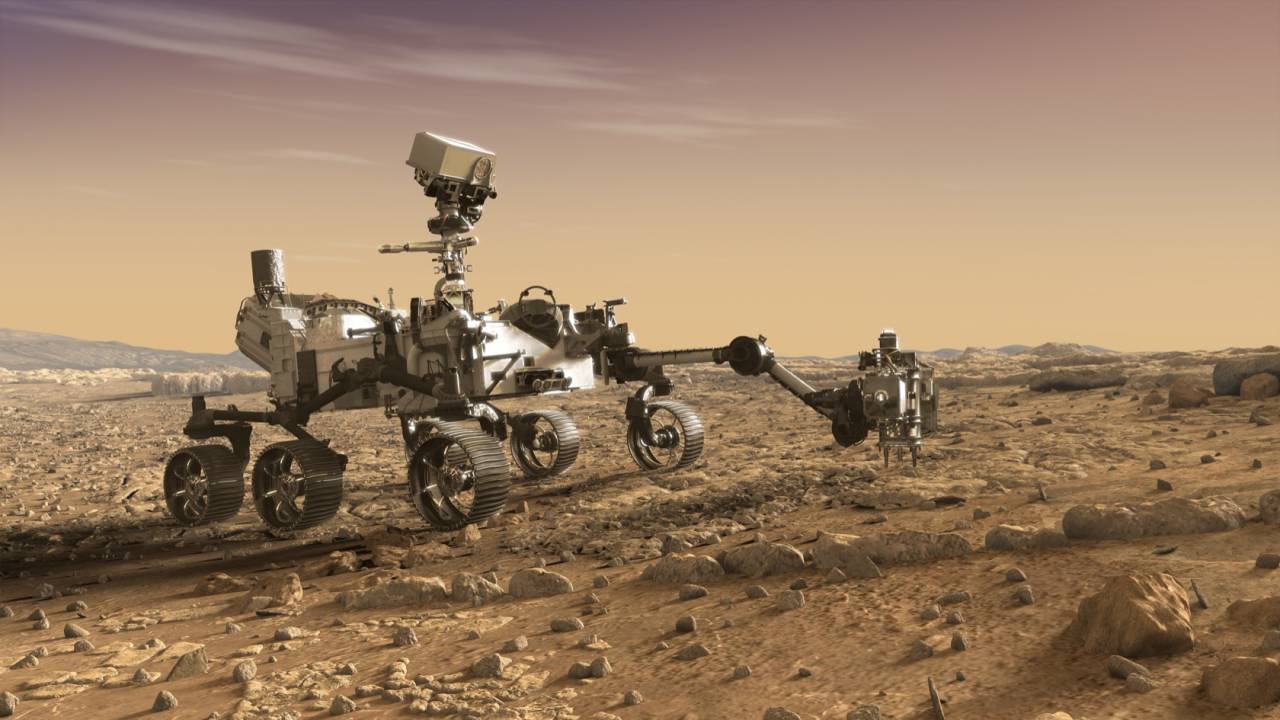 It measures 7 feet long at full extension, and has five joints: the shoulder azimuth joint, shoulder elevation joint, elbow joint, wrist joint, and turret joint. Five electric motors are used to control it, but rather than a hand as you might recognize it, it’s topped with a so-called turret.

That’s a cluster of different tools, including scientific cameras, mineral and chemical analyzers, and a drill. With it, the rover can identify potentially interesting points from which to gather up samples. A selection of interchangeable 1-inch drill bits – for coring and more – will be onboard, so that the rover can take 1/2-inch diameter rock samples for testing.

The turret won’t be fitted to the arm until a few weeks time, the Jet Propulsion Laboratory team responsible for the rover says. There’s still time for that, mind. The rover isn’t expected to blast off from Cape Canaveral Air Force Station in Florida until July 2020.

Even then, it’ll be a long wait before it can take the first sample. Touchdown on the red planet – which will involve a huge parachute – won’t take place until February 18, 2021, with NASA targeting the 30 mile wide Jezero Crater. There, it’ll be set to work sifting through the secrets of what was once believed to be a water-filled lake, and which now has a wide variety of clays and other deposits from elsewhere on the planet.