Today we’re taking a peek at a box of products sent by Disney in celebration of the continuing release of Star Wars: The Mandalorian, Season 2. The products we’ve got today span the series, including the first version of our hero Mando (Din Djarin), IG-11, Cara Dune, a Heavy Infantry Mandalorian, and a Death Trooper. And guess who came along for the ride?!

This little monster is a plush toy, smaller than the actual live action actor “The Child”, here a perfect size for snuggling. This version of The Child Plush is 11-inches tall and available from the Disney Store for approximately $25 USD. Remember that no matter how much you want to search for “baby Yoda” when you’re looking to buy this guy, his official Star Wars name is “The Child”. That’s The Child in stores, for sale online, and so forth. 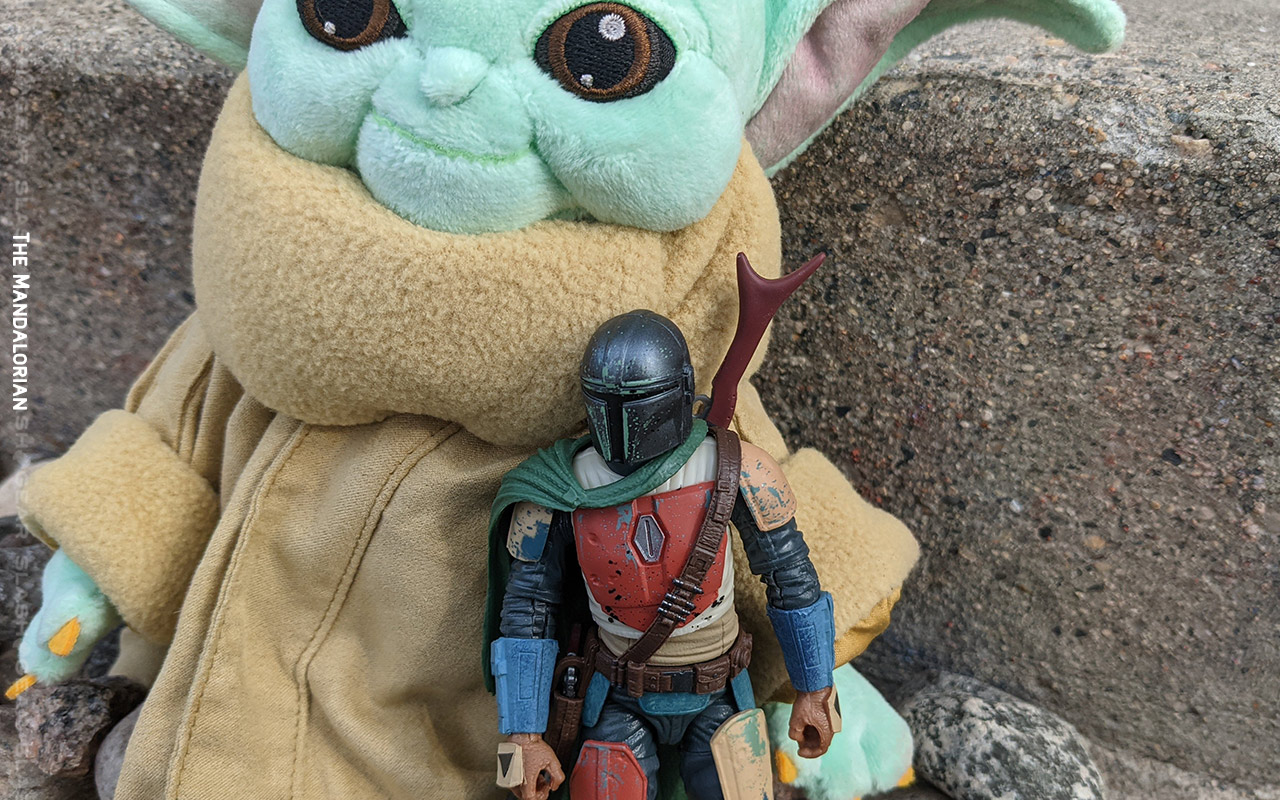 The “Credit Collection” action figures from The Mandalorian are 6-inch scale and include a mix of design elements. The backing card has a retro series aesthetic and utilizes elements seen in the end credit images (AKA storyboard imagery) used in the The Mandalorian. 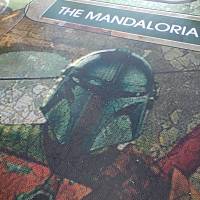 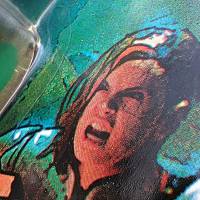 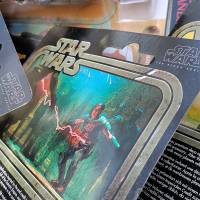 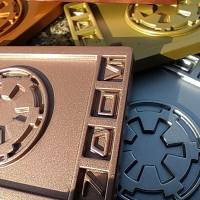 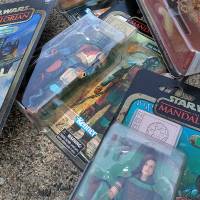 The color schemes of the action figures match color schemes from the images used on each backing card. The coloring, you’ll see, is slightly different from what’s shown in the live action sequences in the show. In Mando’s case, this means some brighter colors on the pads. Just look at him in the AT-ST Raider LEGO set – far more sepia. 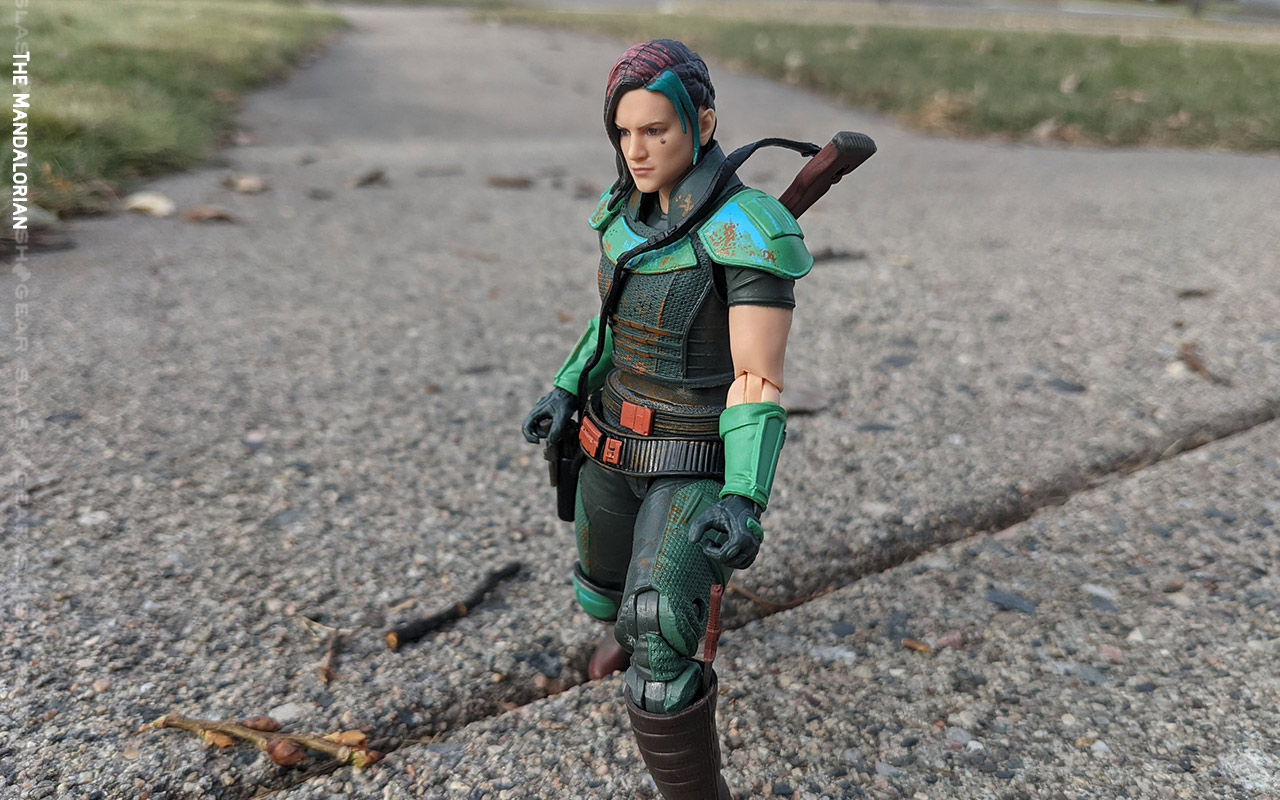 For Cara Dune, there’s a shock of green hair and red accents. It is in Cara Dune that we see the modern Hasbro application of inks create a too-good-for-humans look in the face. This action figure – this $20 action figure – is undeniably based on actress Gina Carano. You don’t get this accurate without machine printing.

The most extravagant accents are delivered with IG-11, a droid who is far more gunmetal-colored in the TV show. Here he’s far closer in color to the artwork that represents him on his card, more like the bronze of his included credit. 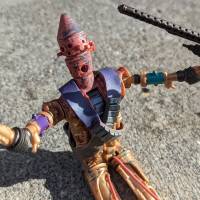 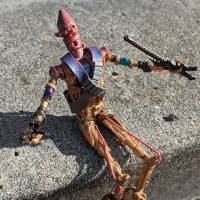 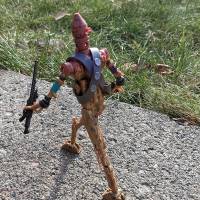 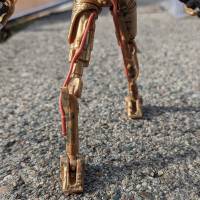 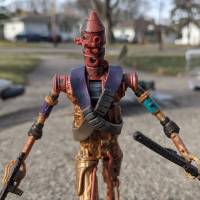 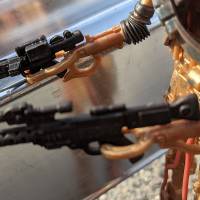 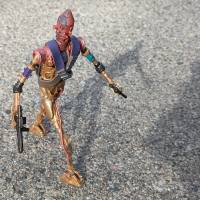 The IG-11 figure is extraordinary in its detail and balance. Each of the two firearms included with the figure attach to IG-11’s arms to allow the illusion that he’s able to carry the lot with super-strong pincer hands.

IG-11’s strength in joints is such that he’s able to balance in ways in which I’m… honestly still in shock of, right this minute. 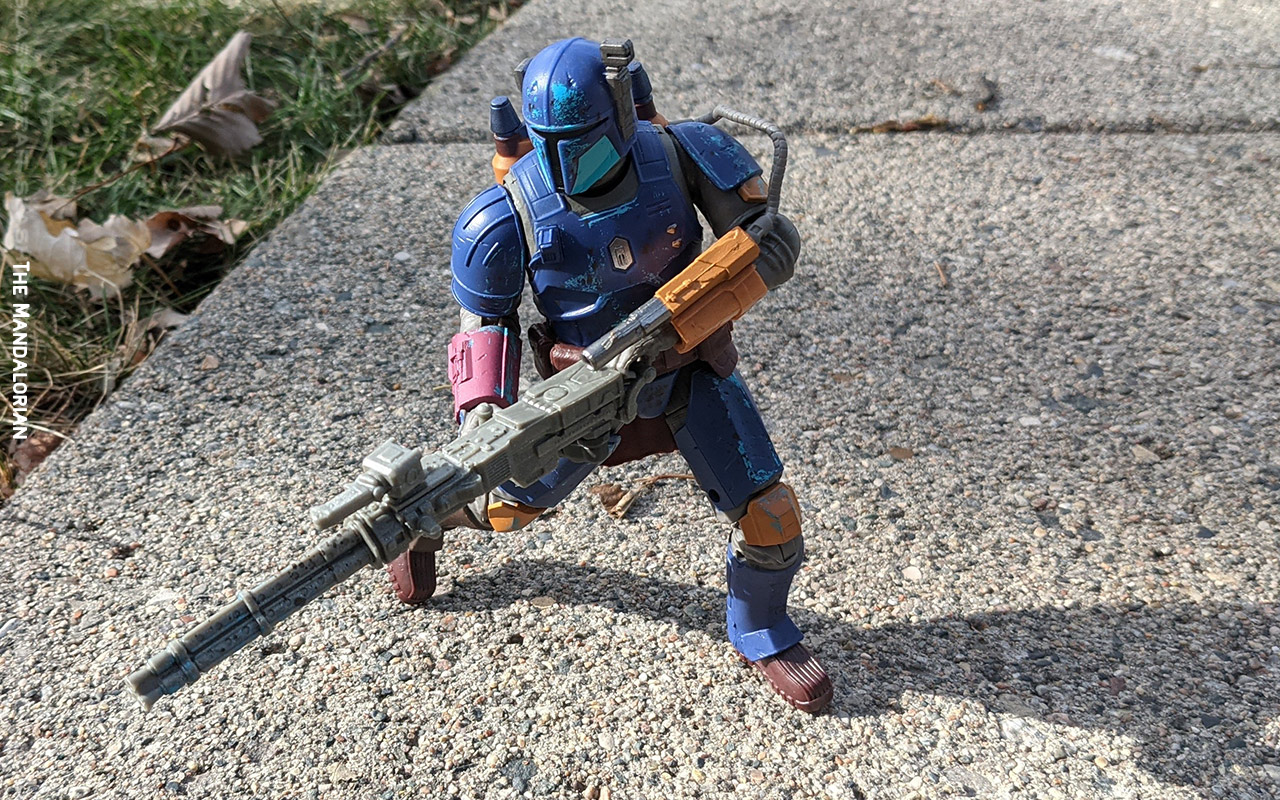 There’s a similar situation going on with the Heavy Infantry Mandalorian. His boots are huge, how joints are thick. His form allows balance in ways that I’ve never seen an action figure accomplish with such bulk. 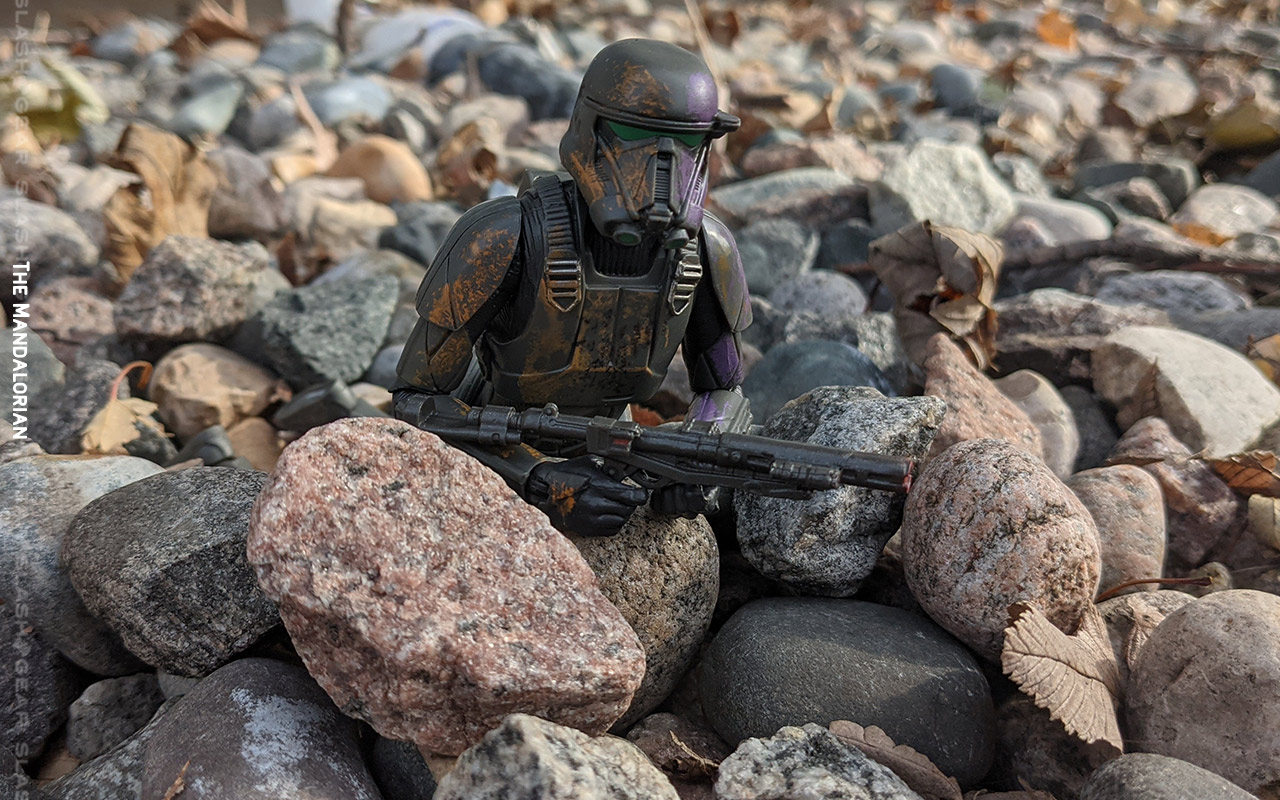 The whole collection includes attention to detail that makes it clear that they’ve been sculpted and constructed by people who enjoy what they do. The fit of the accessories, the perfect matching of the parts, the many ways in which these figures pose – it’s good stuff. 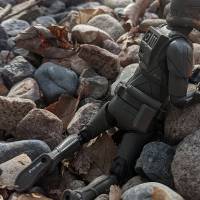 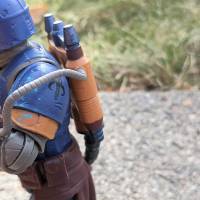 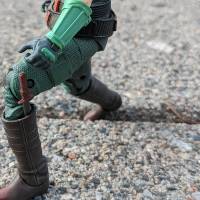 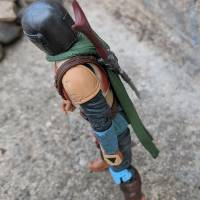 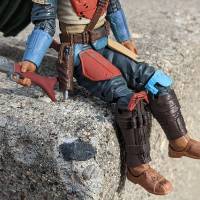 The “Credit Collection” Black Series figures you see here will cost you at least $25 if you find them at retail. The Star Wars The Black Series Credit Collection The Mandalorian Toy 6-inch-scale collectible Action Figure – the main Mando – is an “Amazon Exclusive”, though it does not appear to be available for sale as this article is set to go live. 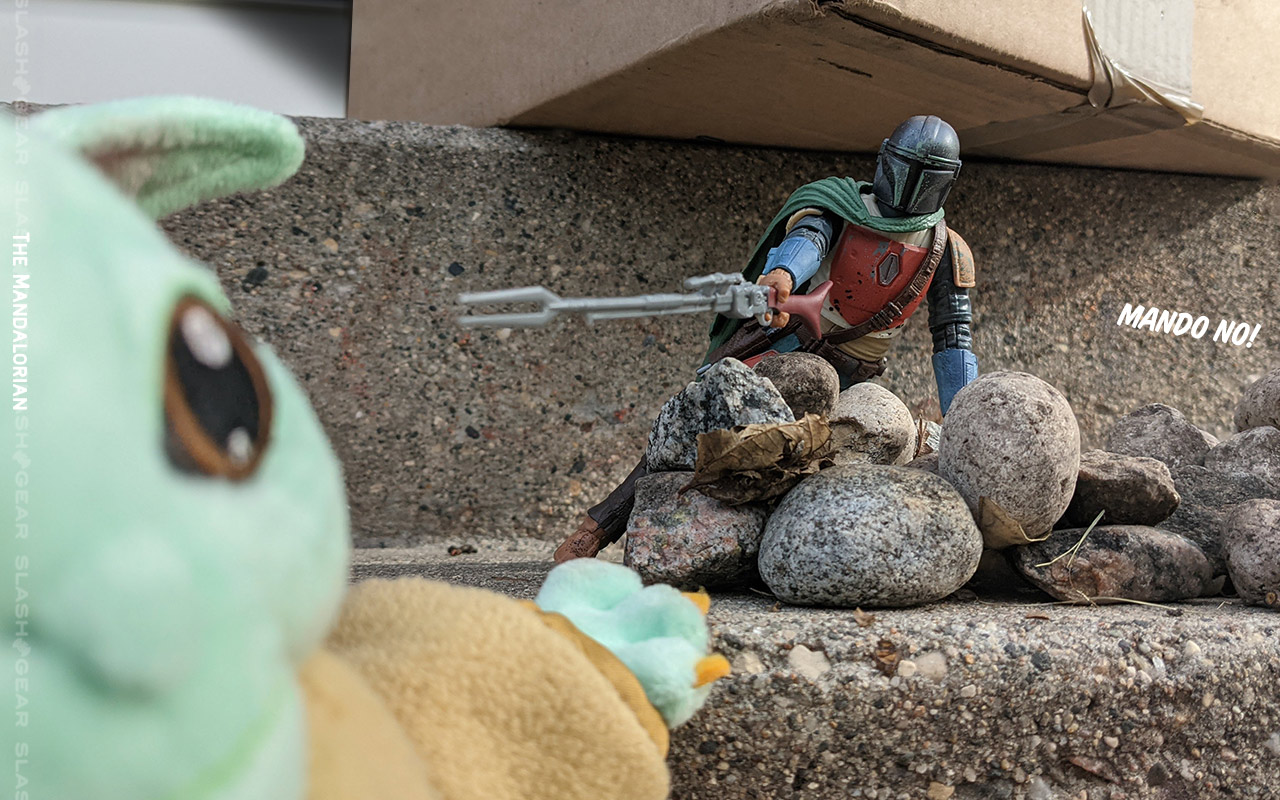 UPDATE: Most of the figures you see above were released in the last couple of weeks via various “Exclusive” retailers. The Mandalorian was priced at $25 with Amazon exclusivity. Heavy Assault Mandalorian was released as a Best Buy exclusive for $35 USD.

ALSO we’re living in Mando season – each Friday, Disney+ releases a new episode of The Mandalorian for us to devour. At the moment at which this article is set to go live, the first two episodes of Season 2 are out and available for viewing.