Star Wars: The Mandalorian spawned a few more LEGO sets this week, including the tiny Imperial Armored Marauder and the massive Imperial Light Cruiser. There’s also a LEGO Star Wars Boba Fett’s Starship to span the gap. These ships take advantage of some of the most interesting pieces of hardware in the Star Wars show released thus far, making CERTAIN that all the bases are covered.

The LEGO Star Wars Imperial Armored Marauder works with two foldout (non-shooting) blaster cannons, 4 stud shooters, 2 on the rotating rear turret, and a minifigure cockpit and cabin for 2 minifigures. This ship includes 4 minifigures: Greef Karga, 2 Stormtroopers with blasters, and a “new-for-August-2021” Artillery Stormtrooper paired with a backpack and mortar gun. 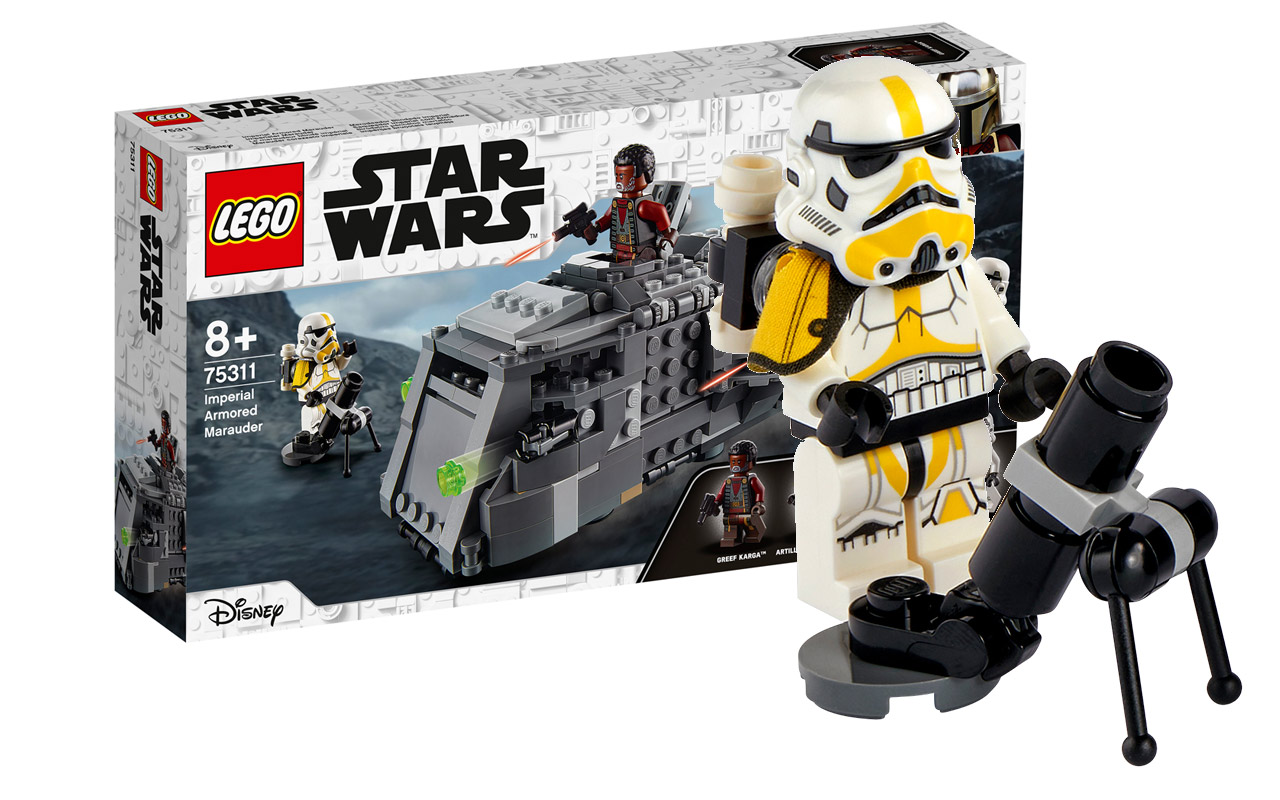 The LEGO Star Wars Imperial Armored Marauder will be made available for approximately $40 USD in August of the year 2021. This set contains 478 pieces and will be released with product number 75311 – and it’s recommended for ages 8 and up. 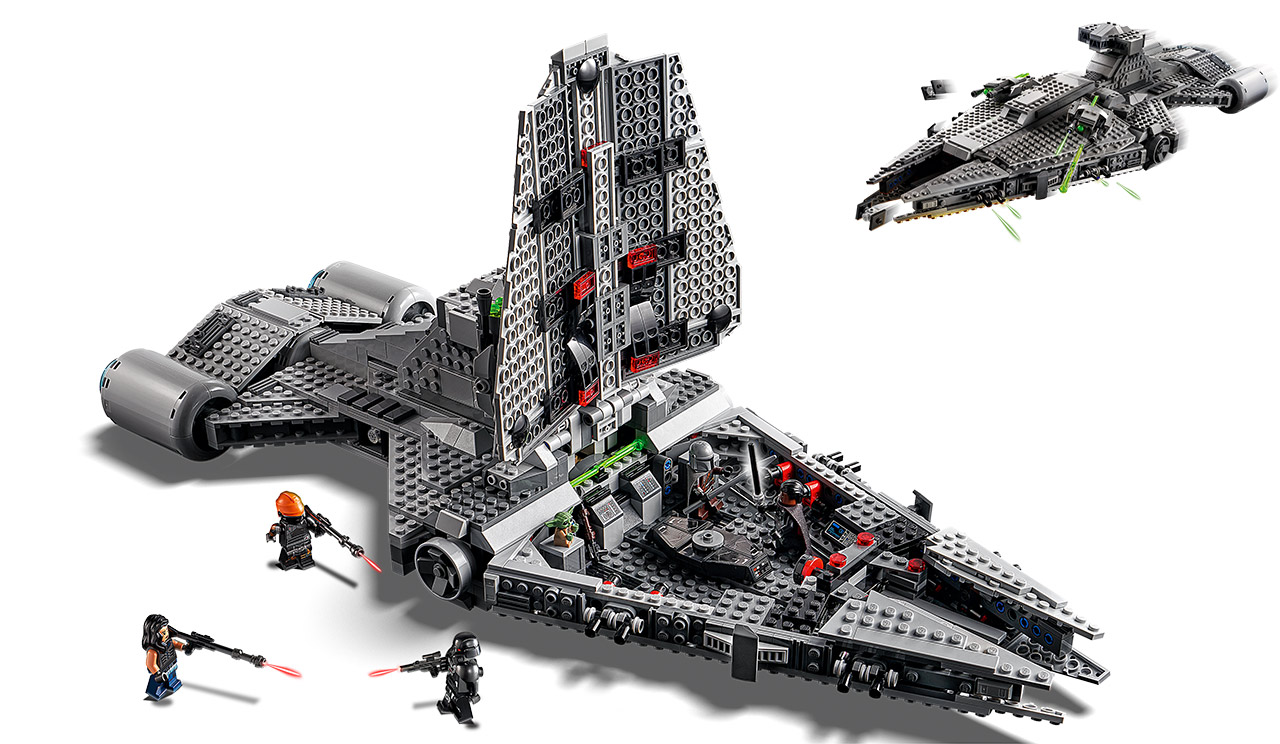 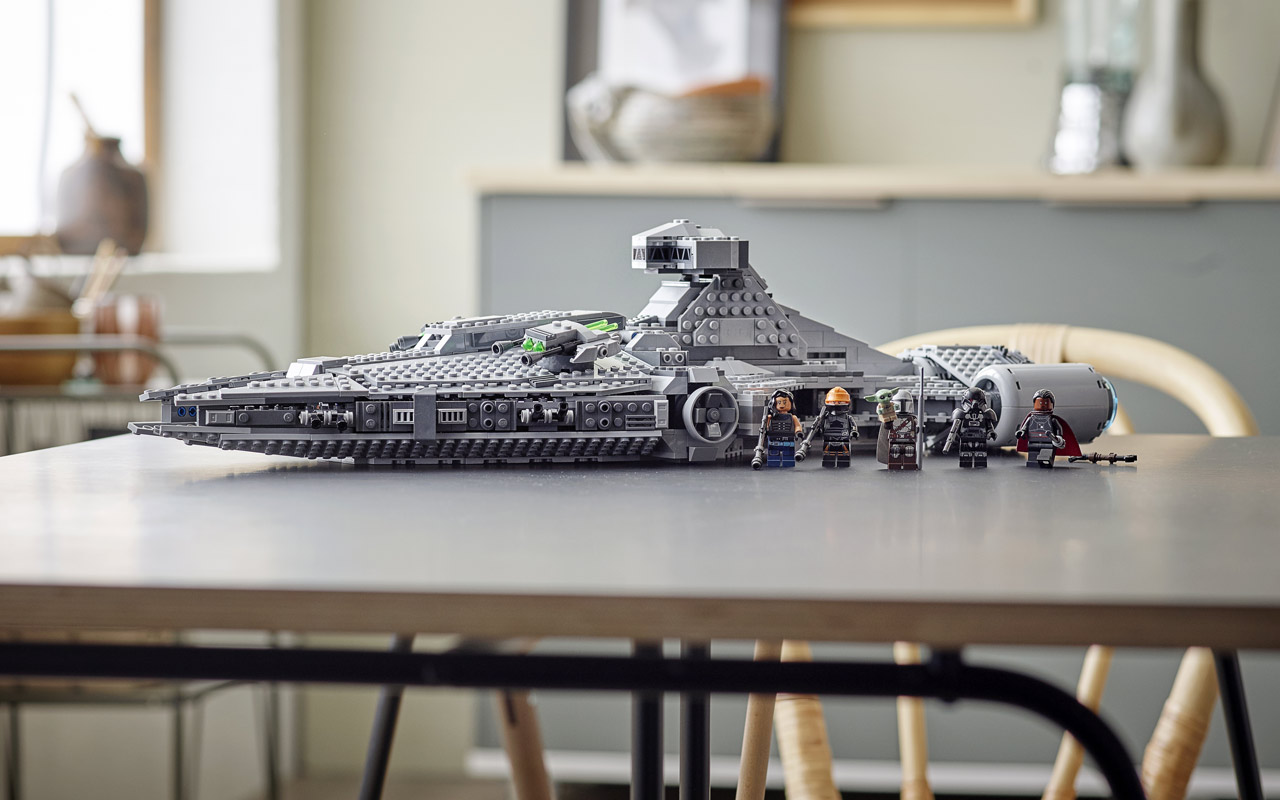 The ship is not quite as large as what would be the real deal – as that’d be as big as an automobile – so it’s an odd mix of tiny on the outside and reasonably large on the inside. The ship includes 2 rotating turrets with spring-loaded shooters, a bridge that “doubles as a handle for flying”, 2 mini TIE Fighters, a launcher (for said TIE Fighters), and a hatch to “access the cabin.” 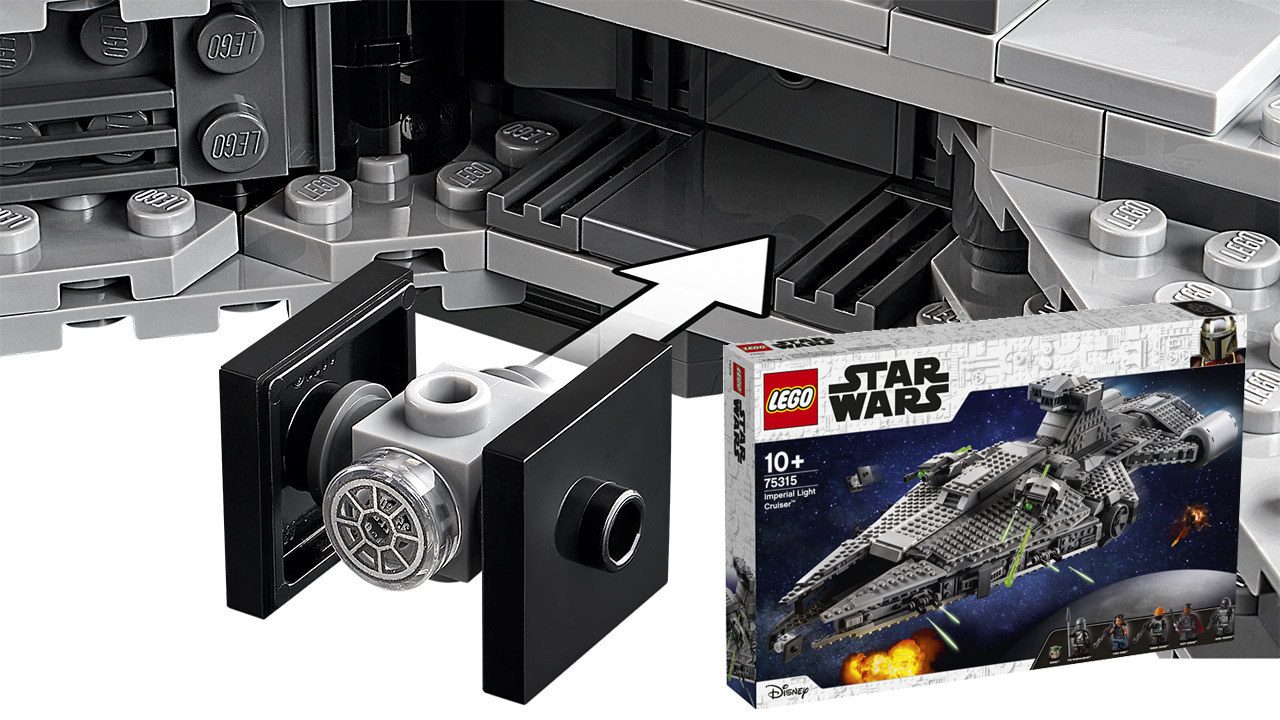 The LEGO Star Wars Imperial Light Cruiser will be released in August of the year 2021. This set contains 1,336 pieces and will be made available for a price of around $160 USD. Take a peek at the new Mandalorian “Boba Fett’s Starship” in the timeline below alongside some other new LEGO action.