There’s a classic Star Wars character coming to The Mandalorian Season 2. It was teased a LITTLE bit near the end of the first season, and tipped a time or two in the months between then and now. But now, here in the year 2020, just before the release of the actual first episode of The Mandalorian Season 2 on Disney+, we’ve got the most solid confirmation we could hope for – sort of actually seeing Boba Fett in episode 1.

Temuera Morrison is the actor who portrayed Jango Fett in the Star Wars prequel movies. He is what every Clone Wars clone trooper grew up to be. While he was not the actor who portrayed Boba Fett in the original movies (The Empire Strikes Back and Return of the Jedi), he is the canon-accurate embodiment of Jango Fett, adult Clone Troopers, and, one can safely assume, adult Boba Fett.

This week courtesy of a tip from Star Wars Leaks on Reddit, a CV seems to have spilled the beans. An update to a Showcast listing for Temuera Morrison MNZM listed the roll of Boba Fett for The Mandalorian S2 (Post-production) with Fairview Entertainment (US) for Disney+ with the role of director listed as “Various.” 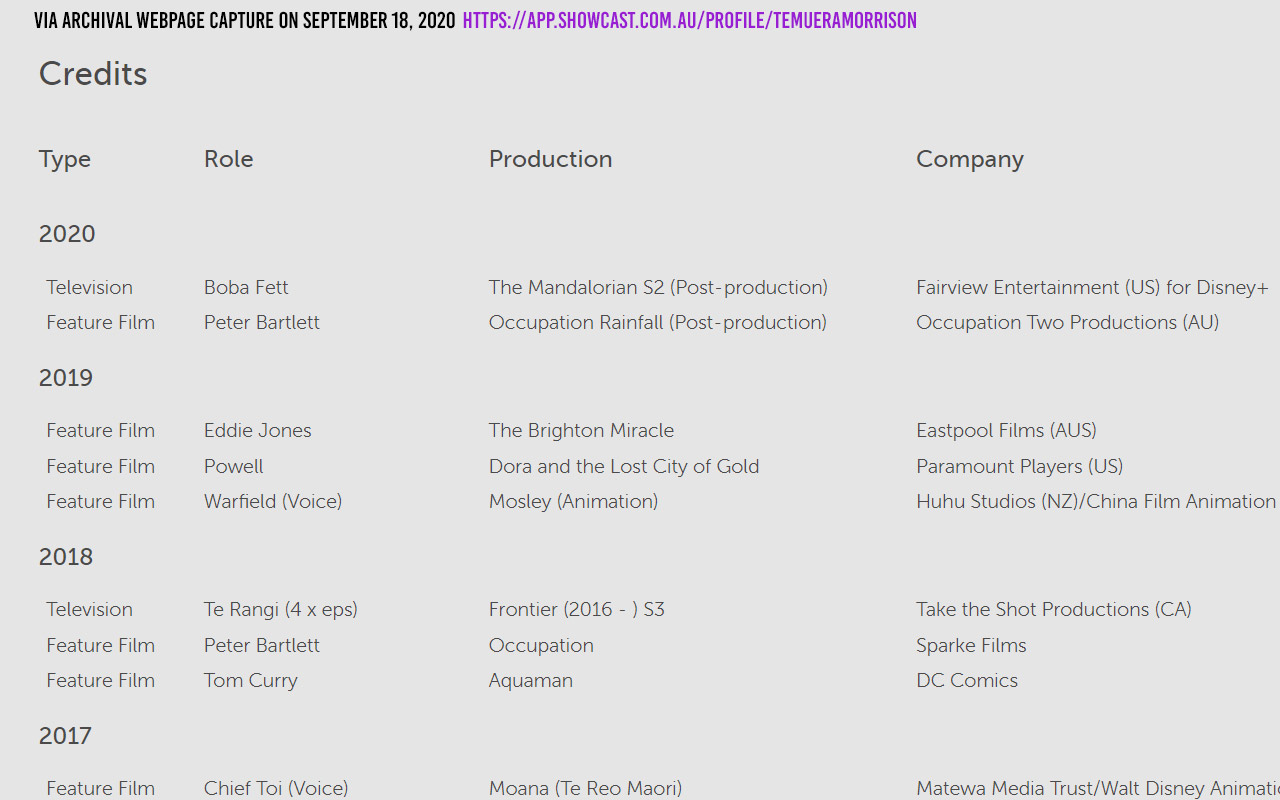 It’s possible the “Various” bit was only in place because the show itself has various directors throughout the season. It’s also possible that Morrison is involved in more than one episode of the season, requiring that the director be listed as various.

It’s noteworthy that the otherwise most recent Television show appearance listed is the show “Frontier”, with the role Te Rangi and the note (4 x eps). Since the Mandalorian Boba Fett role does not indicate number of episodes, it could mean that he’s only in ONE, or it could mean that he’s in several – or even ALL of the episodes for the season.

The listing has since been removed. As of the 22nd of September, 2020, the listing is the same save the Mandalorian S2 listing information.