This week the bones of a wholly mammoth have been found in a field by a farmer in Michigan. The bones are said to have been found when farmer James Bristle and a friend were digging to place drainage tiles. Once Bristle realized what they’d hit wasn’t an old fence post, and instead a bone from an animal he didn’t recognize, he contacted Professor Dan Fisher of the Museum of Paleontology at the University of Michigan, who said he’d be “right out.”

The bones, it would seem, had some contact with humans before. Or at least creatures that knew how to butcher a several-ton-large beast. The head of the mammoth and a “bunch” of ribs were found on the farm – separated, showing signs of human interaction. 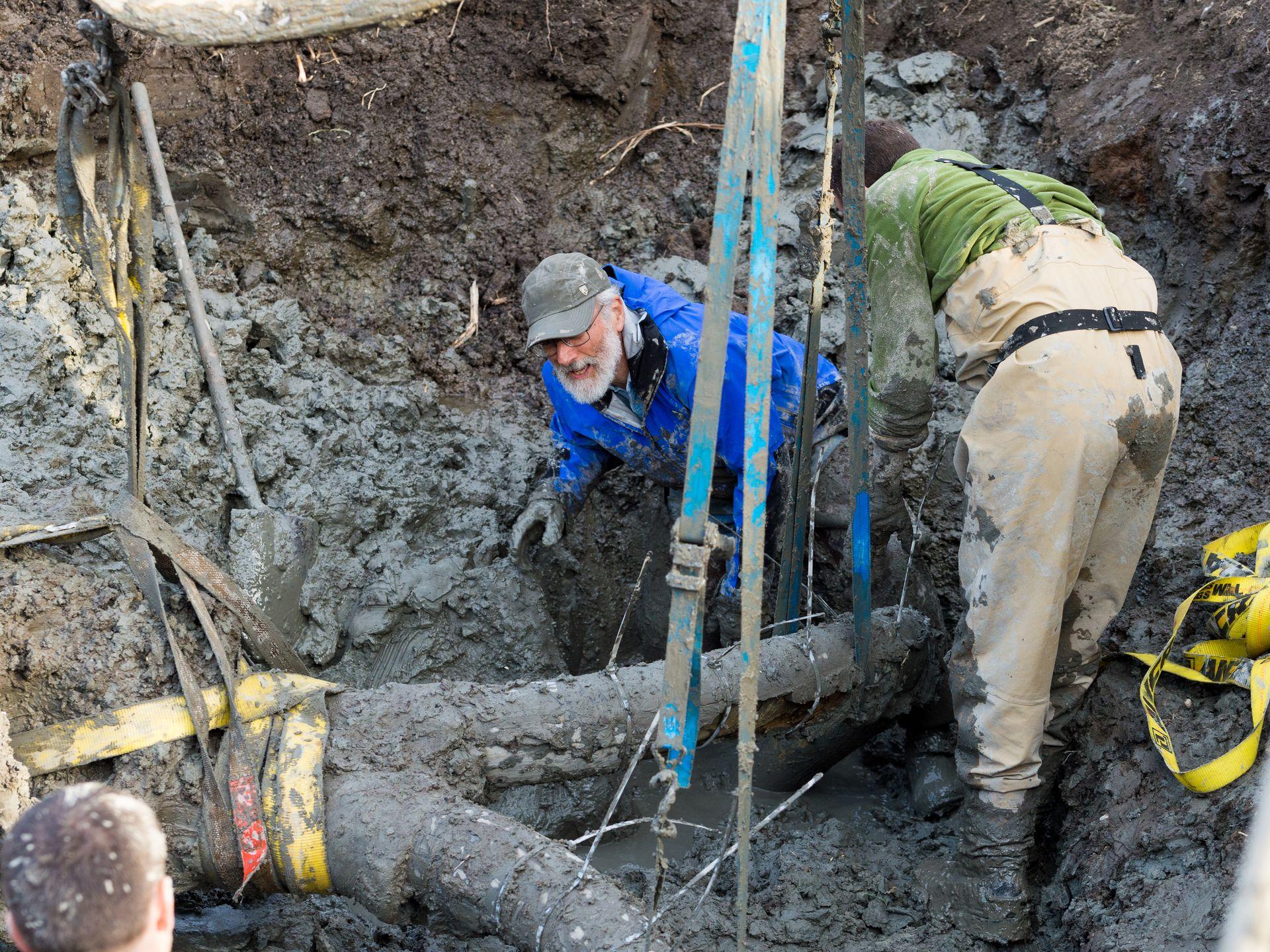 “It’s too early to tell how it died but the skeleton showed signs of butchering,” said Professor Fisher, “Parts of its body were stored in a pond to be used as sustenance over the winter.”

The excavation of the bones were done by Bollinger of Bollinger Sanitation and Excavating – James Bollinger apparently volunteered his company’s services to help dig up the bones. 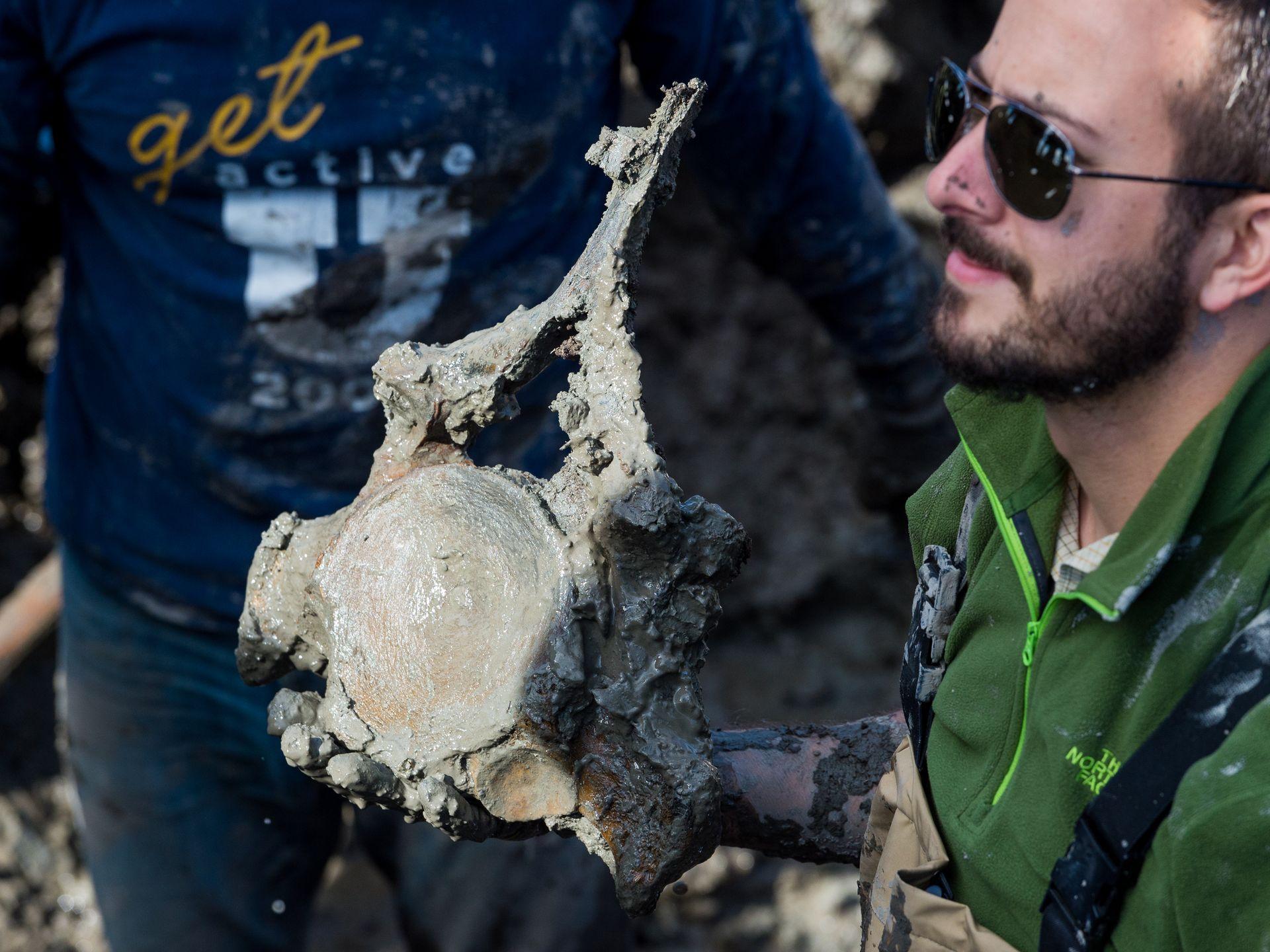 “It was an adult male,” said Professor Fisher of the mammoth, “40 to 50 years of age, and stood probably 10 feet tall at the shoulder. …It was probably about six to seven tons in weight.”

The animal died between 11,000 and 15,000 years ago, during a time Fisher says there was a tundralike environment in the area, after glaciers that’d covered the state in a mile of ice had begun receding northward. 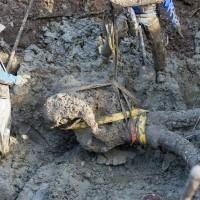 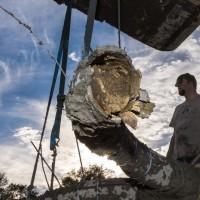 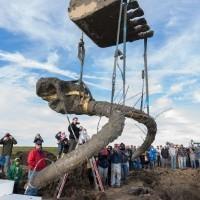 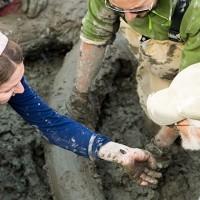 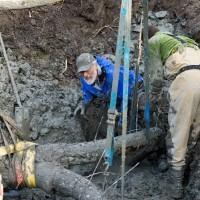 “Michigan was thought to be ice-free by 16,000 to 18,000 years ago. It took time for vegetation to spread back over the landscape,” said Fisher, “We need a more detailed analysis of the skeleton to determine how this animal lived, its health and what its life was like. But this was a big and mature animal when it died.”

All photos in this article are courtesy of Daryl Marshke for University of Michigan Photography.