A major update for the game Pokemon GO is in the works, one that could change the way most players play the game. The game’s future could well turn from a solitary adventure to one in which collaboration is key – and in more than just battling Pokemon Gyms. An update that will come in the relatively near future includes connections over long distances. These connections will be based on Pokemon GO factions – teams blue, yellow, and red.

Paint it Red, Blue, and Yellow

One part of this long-distance connection has to do with colors – a sort of painting of the world in the game. It’s on the boarders of roads and pathways that the commandership of any given area will (likely) be marked. The images we have below are mockups of what we’ve been told might be used when the time is right. Yellow, as you might already realize, is already well in play – not because Instinct dominates the world, but because it goes well with the color scheme that’s been in play since the beginning. 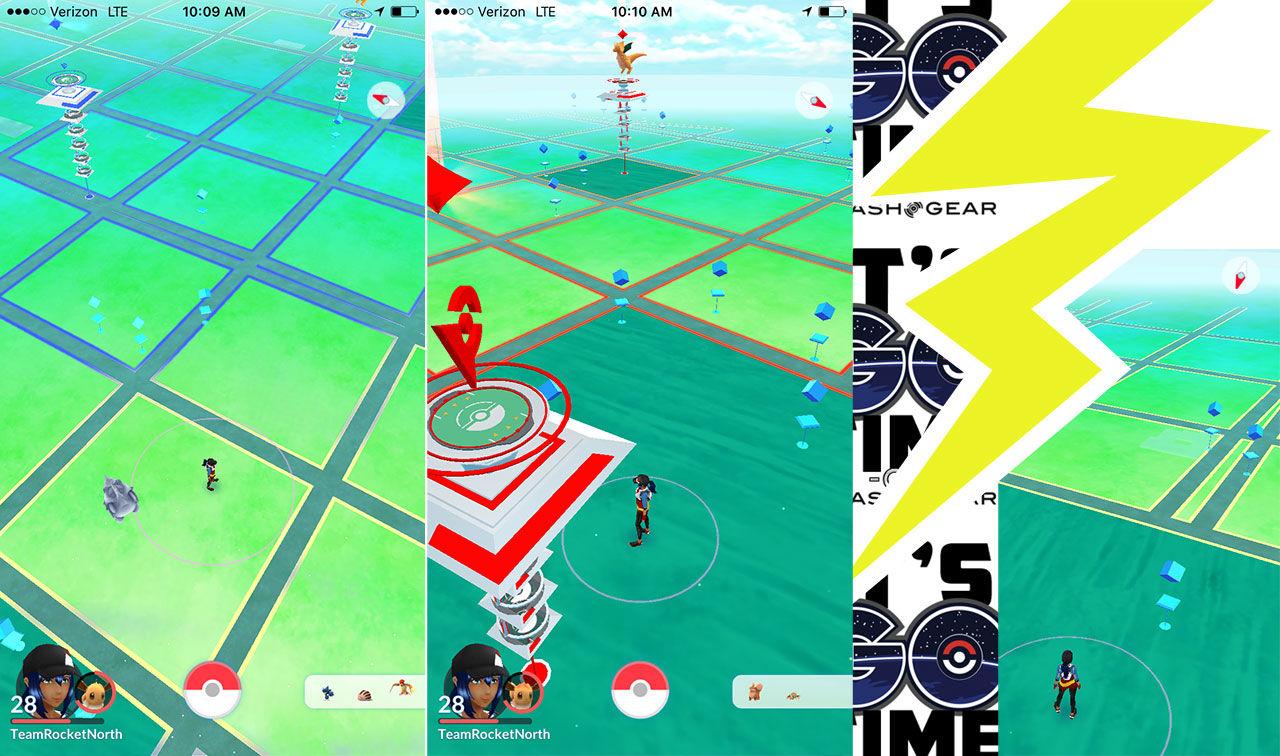 Information on this major update is according to one source familiar with the information who requested to remain anonymous. According to them, the whole road color bit might just be a working tool, while a completely new mapping system might be in play later on. Think Ingress – think massive connections between Pokemon Gym locations.

Also mentioned by our source is the possibility of team missions. These missions, based on what we’re to understand is being worked on, wouldn’t be out of place as precursors to attaining Legendary Pokemon. We’re still not counting out the group battle special event appearances of Legendary Pokemon as we’ve seen recently – and in early videos from Niantic. BUT, multiple people running for a single goal worldwide is right up Pokemon’s alley – at least on other platforms.

Teamwork has been mentioned by Niantic officials more than once in both the recent and distant past. There is a tiny bit of teamwork potential available in Gym battles now – but nothing like what Niantic’s team imagines – or has imagined. Now with Niantic funded for the foreseeable future thanks to an unforeseeable blockbuster first year – anything is possible.

When will it happen?

Later this year, possibly – first Niantic needs to wrap up plans for at least one of their several other massive updates mentioned earlier this year. This set of updates for teams could also be rolled into a special event release with teamwork as its theme.

Have a peek at our Pokemon GO TeamPokemonGO Twitter portal to keep up to date on all the bits and pieces as they develop. Drop down to the timeline below to see recent tips, updates, and leaks as well.