Steam Machines are back in the spotlight after Valve revealed its big plans for gamers later this year. But while we approach with caution due to last year’s disappointing turnout, some of the rising supporters rallying around Steam’s ecosystem are quite interesting. You have small mini PCs dressed up as Steam Machines, ready to conquer the living room. And then you have bigger, hulking boxes that would still look nice somewhere near your TV. Maingear’s upcoming Drift is one of the latter. It may not be a Steam Machine, but it might very well be.

Technically, Drift isn’t a Steam Machine but only if you define a Steam Machine by the Steam OS running inside it. As a gaming PC, it pretty much revolves around Steam‘s platform anyway. But what really takes it closer to being a Steam Machine is its living room emphasis. For one, the form factor of a slim box lends itself easily to a living room gaming context. In fact, it espouses Steam’s Big Picture mode and offers the option to include a game controller, usually of the Xbox type. That said, it comes with Windows 8.1 by default, but buyers have the option to leave that out and install SteamOS if they want.

What sets the Maingear Drift apart, on the other hand, is that buying one plays out somewhat like building your own gaming rig. Except instead of picking out your choice components, you get to select from a ready-made pool of brands and models. And the selection is quite impressive, with some of the latest powerhouses included. This will definitely give it some more oomph than pre-packaged Steam Machines and some manufacturers might want to take note of this business model.

There are two variants of the Drift, a regular one and a “Super Stock” (SS) version, with different starting prices but with pretty much the same pattern. Both are equipped with the latest generation Intel Core processors and start with 8 GB of RAM. Graphics is delivered by default by an NVIDIA GTX card. Storage starts at 500 GB SATA. The SS version gets a liquid cooling system and an exclusive Body-Shell travel case. Of course, these are all just the default configurations and you can pretty much tweak it out, going as far as including a monitor in the bundle. 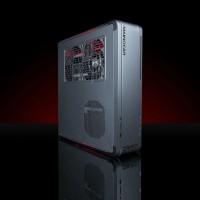 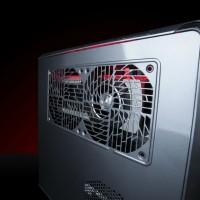 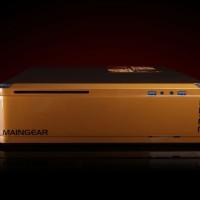 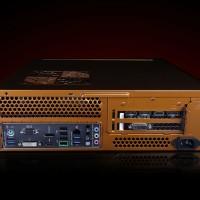 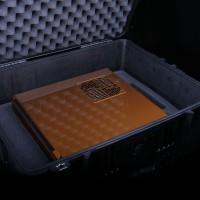 The regular Maingear Drift starts at $949 while the Drift SS goes for $1949 at the most basic. It’s still in pre-order period though, with shipping expected to start 15th April.