If you’re looking for the most fantastical Magic: The Gathering cards to ever appear outside of Unglued… here they are. This is a new Magic: The Gathering Secret Lair set called “Our Show Is On Friday, Can You Make It?” This set expands upon and twists apart the standard layout for Magic cards in general. In these five cards, you’ll be forgiven if you don’t recognize that they are, in fact, Magic cards from the start.

The set “Our Show Is On Friday, Can You Make It?” is limited edition and made as part of the “Secret Lair” gallery. Wizards of the Coast make these sets with collectors in mind, selling them to people who might otherwise open packs and place cards directly into protective cases. 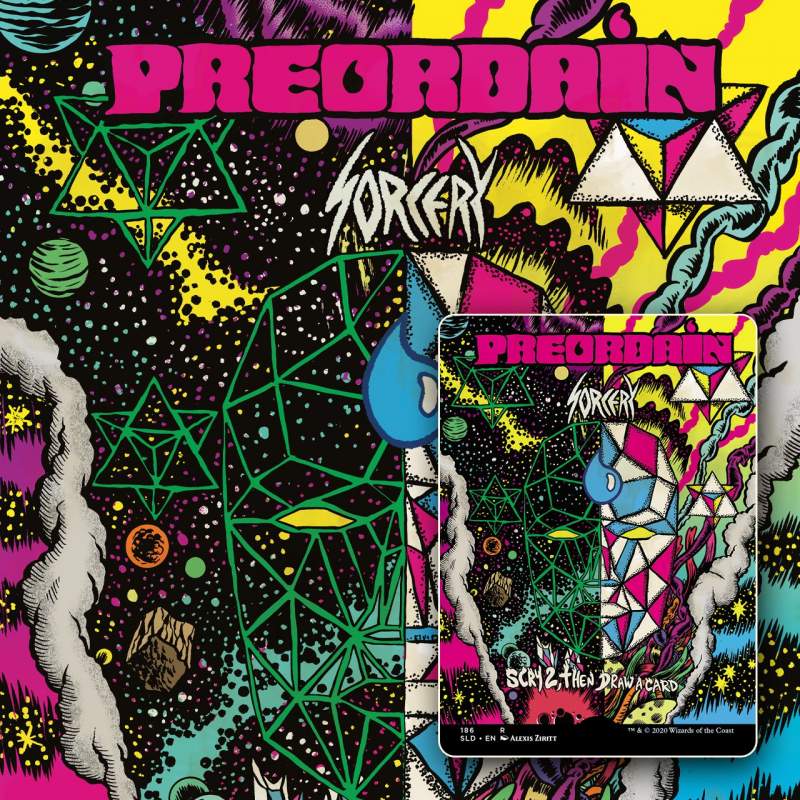 In this case, we’ve got five cards made by some truly awesome artists. Alexis Ziritt, Jermaine Rogers, Sam McKenzie, Ian Jepson, and Jeff Soto. Each of them have agreed to make a card in their own style in a way that keeps Gig Posters in mind.

Gig Posters are artist and/or designer-created pieces of design and/or art meant to deliver information about a music event. You might also hear them called “rock posters” – and they’ve been celebrating individual engagements in music and partying for decades. 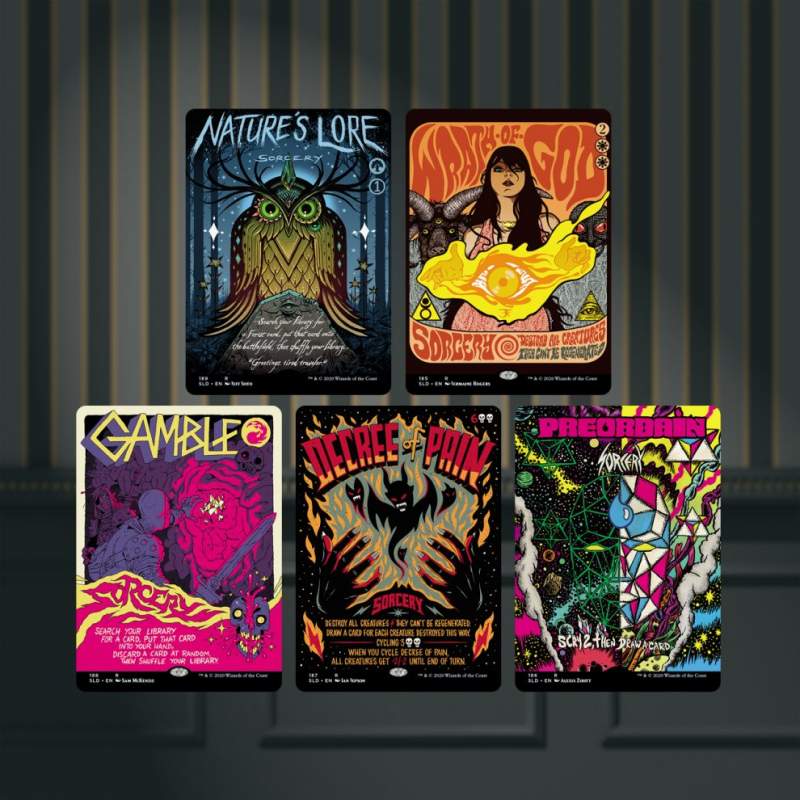 Cards in this tiny baby set are all “hand drawn.” This doesn’t necessarily mean each individual card is marked up and painted, nor does it mean that every single element in each card is hand-crafted. Instead it indicates that the artist and/or designer of each card had a direct hand in arranging nearly every element in their card. 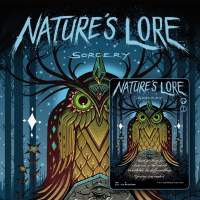 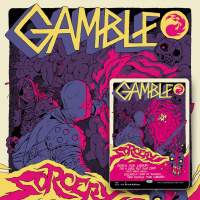 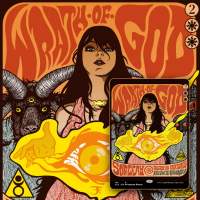 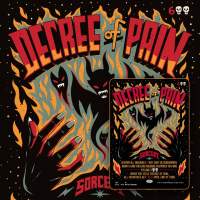 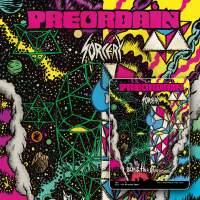 The colors are all chosen by the artist, and each card acts as a tribute not only to the medium, but to the various versions of the cards that’ve been created over the years they’ve been in play. One of the eldest of this set, “Wrath of God” has been a card since the original release of the game, back in 1993 – it’s been being made and remade with different artwork for 28 years!

With this set of cards, the user gets Degree of Pain, Gamble, Nature’s Lord, Preordain, and Wrath of God, each hand-drawn, each in what’s likely their most extravagant visual form yet produced. The release date for this set is August 25th, 2021, and the sale date is April 26th, 2021.